How best use a texture image to a large/long object

I am creating objects for MSFS and my first project consists of large/long objects eg 9 metres long. It appears to me that if any texture image (all texture images I have found are taken close up to the object) is used then it either needs to be stretched to each face of the length of the object thus distorting the 'texture' on the object OR applied in (UV editing) so that multiple occurrences of the texture image are applied resulting in noticeable 'seams' between each image (unless the texture image is continuous ie the right side of the texture image matches the left side such as an image of a brick wall. Is that correct? That there is no other method? Just checking that my hunch is correct before completing my project. I hope that I have described what I mean in a meaningful manner.

BTW now that I am feeling less intimidated by the Blender 'beast' I am gobsmacked by it.

Here is an example of what I mean by having multiple texture images with resulting visible seams. 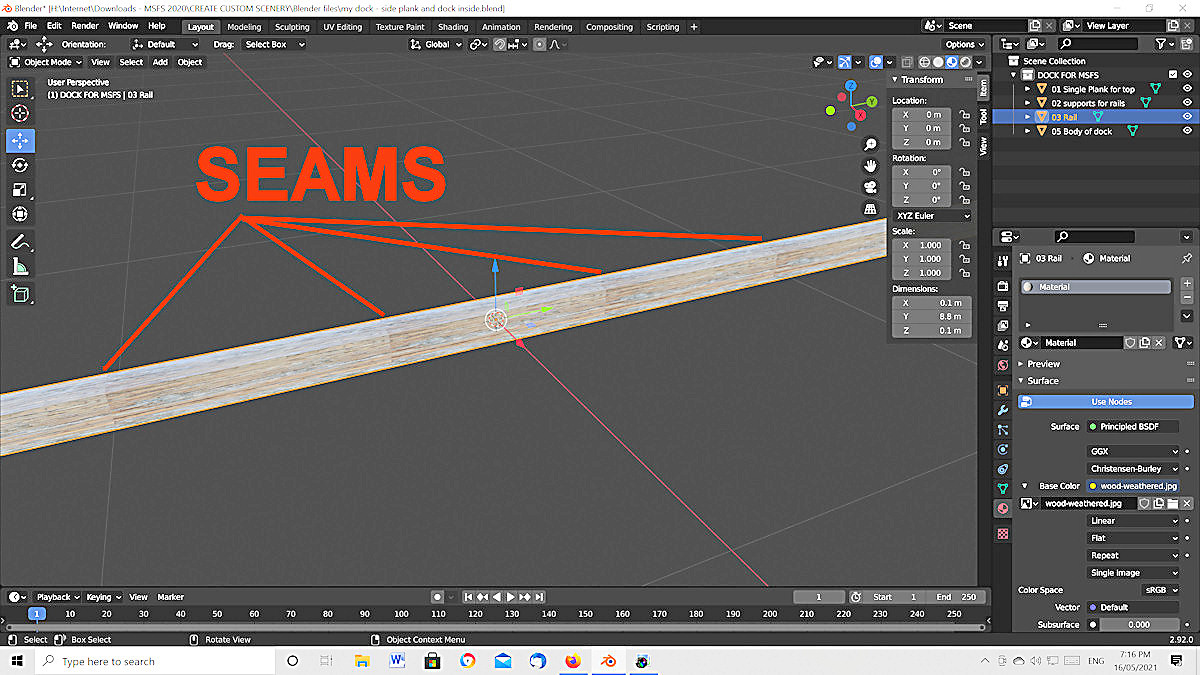 Since you're using an array of planks, you have another option.

Now you're using the whole texture and also avoid repeating.

Not the answer you're looking for? Browse other questions tagged uv-image-editor or ask your own question.

15
How to tile textures in Cycles?

0
Uv/Image Editor doesn't edit my texture
1
Checkerboard Texture Object
4
My UVs are not in the same scale when I apply 'Average Island Scale'
7
How to use Clone Brush in Image Editor?
0
Why are these textures diagonally tiled?
1
Image Texture scaling
3
How to use image material together with shader?