Is it possible to animate a single mesh as if it were multiple objects?

I am attempting to animate a single mesh which appears as a group of separate objects.

I want to animate three separate boxes which are joined together as a single mesh for ease of use in the dope sheet/action editor. This makes exporting the actions into GLTF easier for action manipulation/programming in three.js. 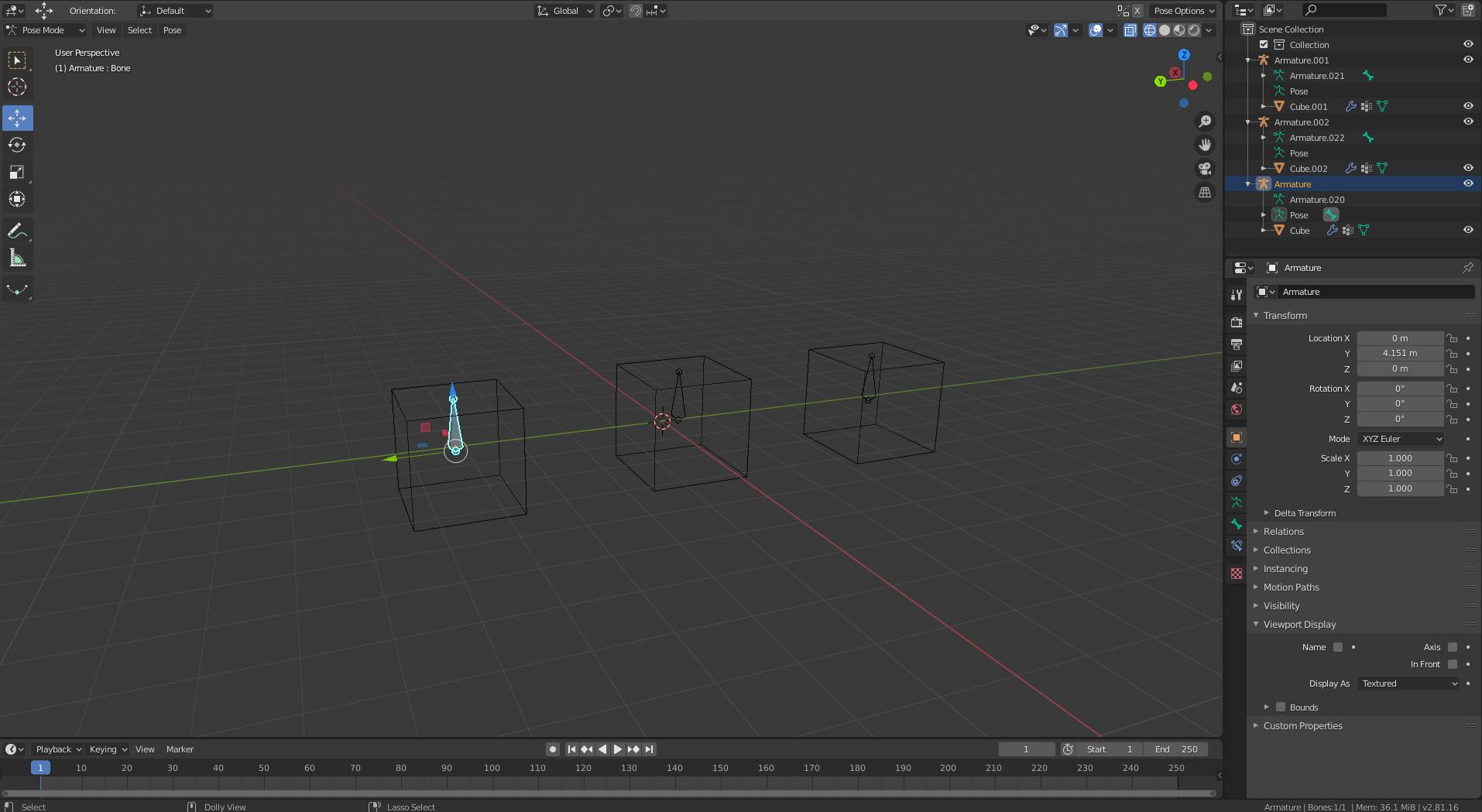 When I join armature bones to the single box object, I am able to manipulate/pose each object independently. However, when I join the objects together into one mesh, I lose the ability to independently manipulate them, and the bone pose influences all other objects. 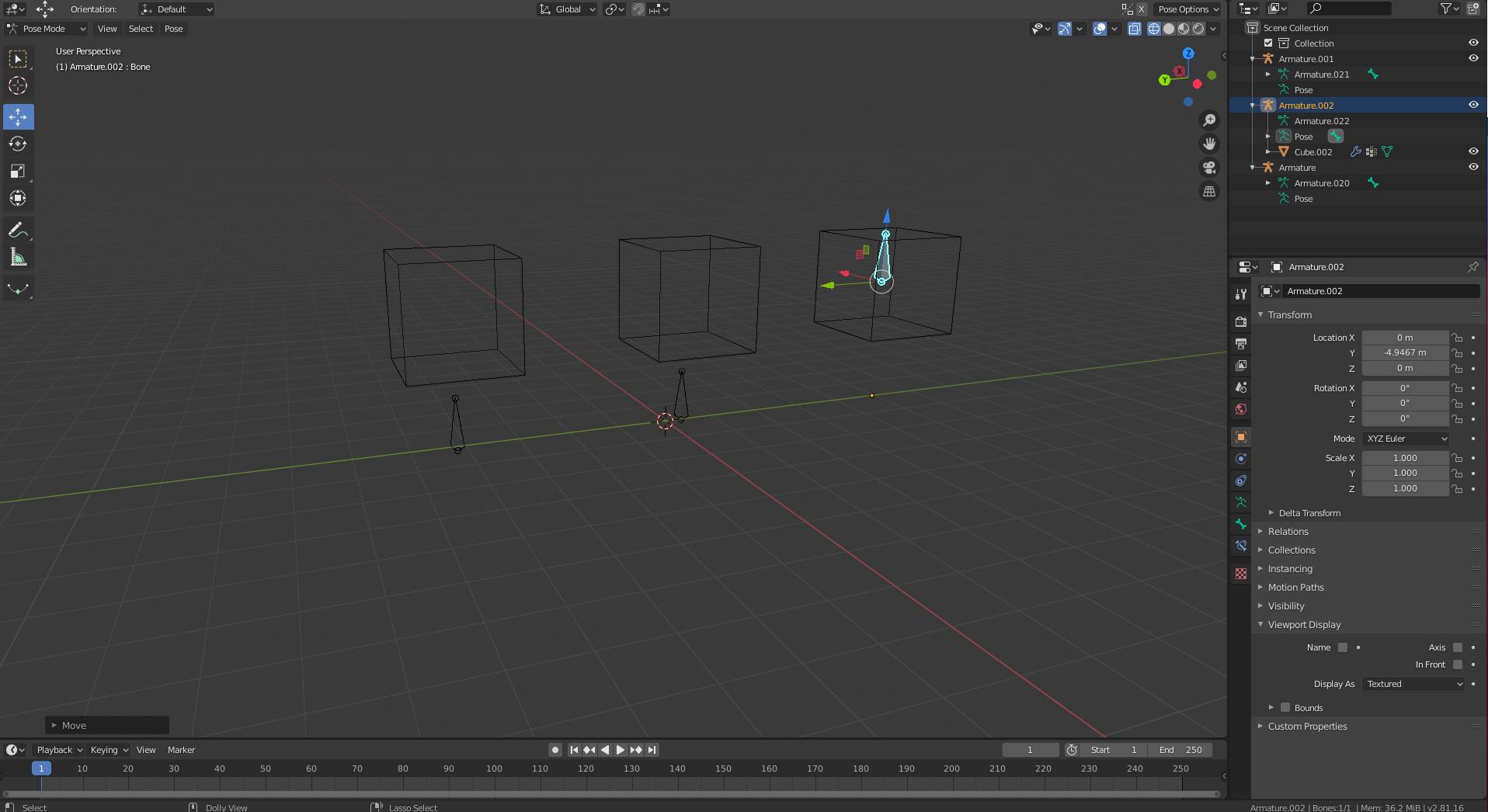 Is it possible to join the three boxes together as a single mesh, and independently pose each box within the mesh as if it were its own object? This would make things much easier for exporting to three.js.

I don't think it's possible to add more than one armature to a single object (haven't tested it, though).

What you can do is create all three bones inside a single armature and then parent the mesh to the armature with automatic weights. I think it'll weight properly, but if it doesn't just manually edit the weights so all the vertices in each box are only affected by its respective bone. I don't know if that helps for your specific needs.

Not the answer you're looking for? Browse other questions tagged animation mesh armature dopesheet or ask your own question.

1
Action Editor moves multiple tagged objects?
3
How can I merge these two spherical objects into a single smooth mesh?
2
Is it possible to have seamless material blending on two separate objects?
3
exporting multiple animated objects to gltf
1
Animating separate objects / items independently in the same action