I just created a super simple scene with a beam light (cylinder + emit + cycle render) on which I want to add a bloom/glare effect. So I did that in the compositor directly (I just used multiple glare to have a stronger result):

However, as you can see, the preview in the compositor window is not really the one I expect, it's like if glare failed (or if the alpha channel is dropped). On the other side, if I open the Render image/Viewer Node, then the glare is applied properly (???). Unfortunately, if I save the image via Image/save, what I get is the result without proper glare (here I just added a black background behind using Krita to check that is was not an artifact of my viewer):

Note that if I combine it with a background image using alpha over (don't know why, Mix does not work), then the glare is produced properly in both preview/render/saved image: 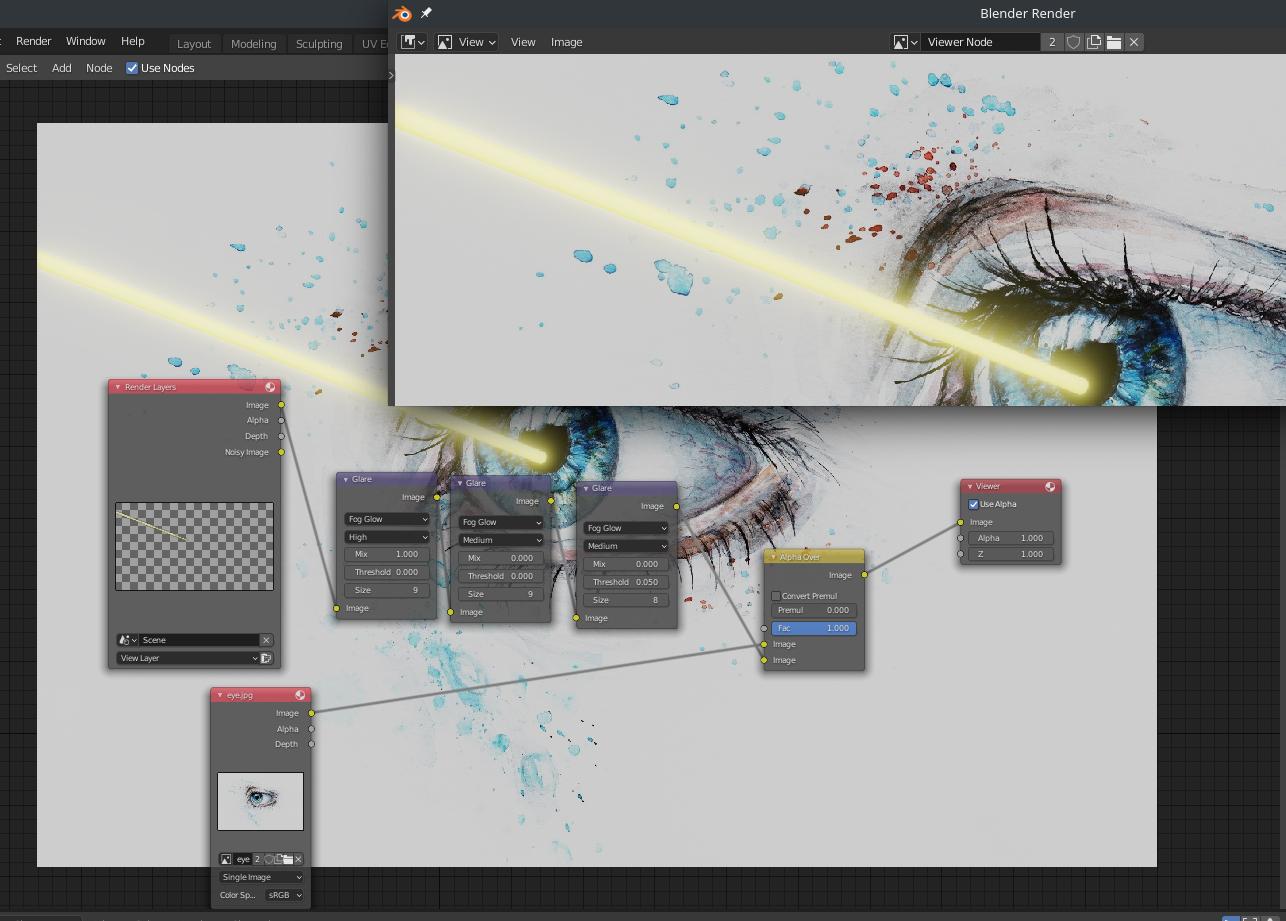 How can I properly save/preview my image with the render?

-- EDIT -- As suggested in comment (thanks) I tried to save it in .EXR... So of course it does not solve the problem of the render (to see the alpha channel in the render, I need to manually add a black background using an "alpha over" node), but now it's suuper strange:

Could anyone explain why png is failing, even when converted from .EXR? Is it due to some high dynamic range? If so, can't I flatten the range/cut high luminosity to make it work as expected on .PNG files? Is there any method to make it work on png files too? I have to admit that I'm not really confortable using .EXR for multiple reasons:

-- EDIT 2 -- So moving from 2.91 to 2.92 solves the difference between the compositor preview and the render preivew. But the saved png is still different. This was reported here, but apparently this is not considered as a bug because this is emisive colors... They suggest a method to try to fake it to obtain a .PNG, but in my case it does not work (see my answer in the bug report). Krita displays actually the same result as blender (assuming blender is configured to use "Standard View transform" Color management instead of filmic) when using .EXR, but Gimp does not give the good result.

So if anyone knows how to obtain .png (to save space and to use it in LaTeX) I'd love to ear it.

They explain notably why EXR is needed and why .PNG is not enough:

However, I guess it should be possible to approximate it. To do that, I guess I need to find a way to extract emisive pixels. I tried to use separate HSVA to extract V and A, lighten A using V. The result is better, but I've the feeling that the alpha channel is "premultiplied" again...

The button is right there. ;) 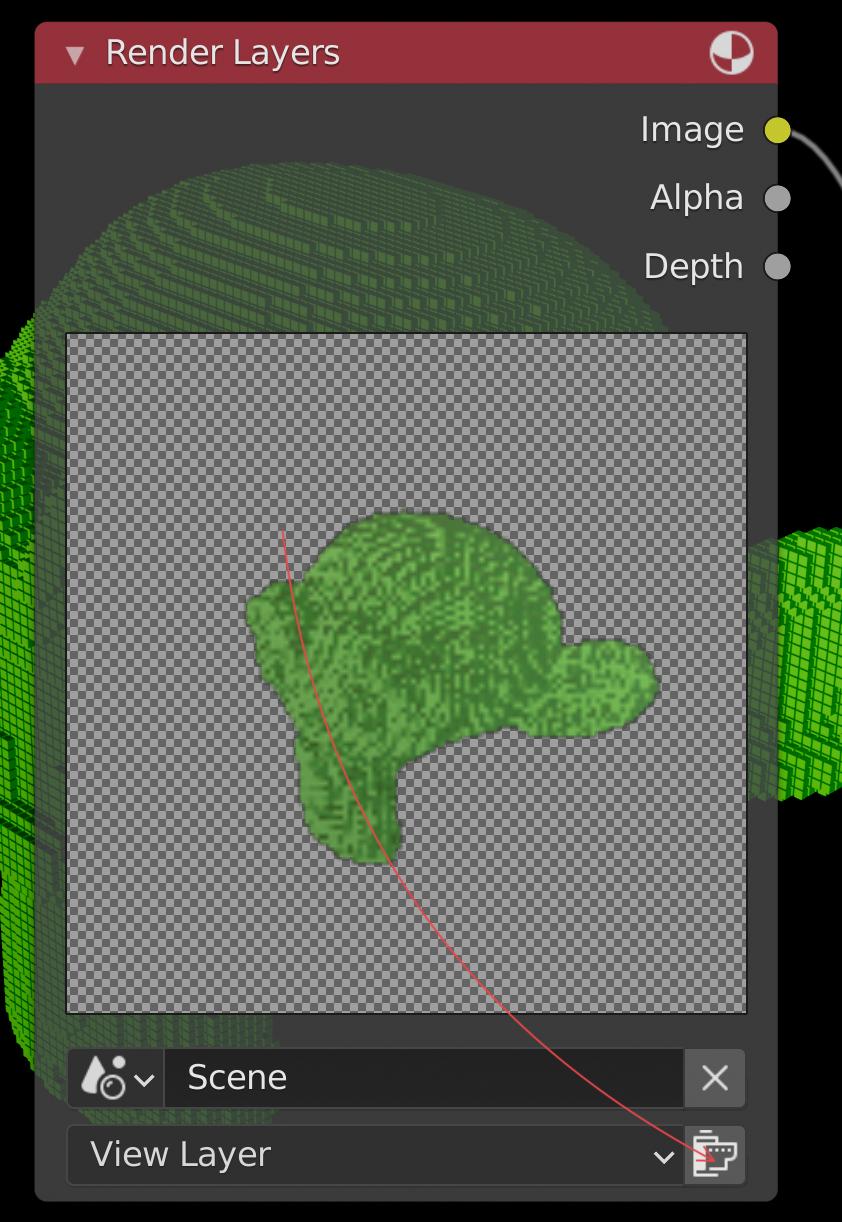 I am not sure, whether you know, but you only see in preview, what you connect to the viewer node. 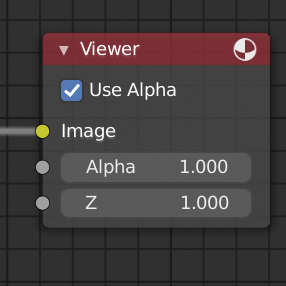 You only see in render what you connect to the composite node. 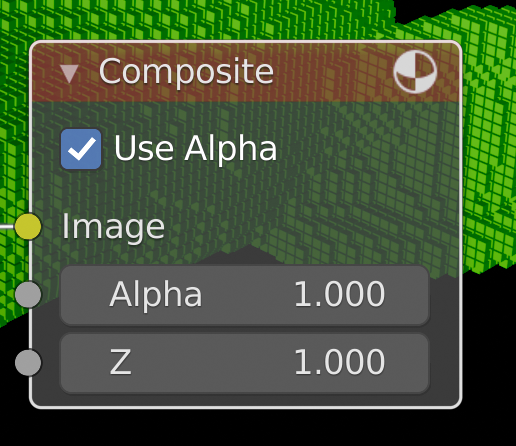 and this can be 2 totally different results.

if you wanna make sure that render and preview show the same, connect the last nodes like this: 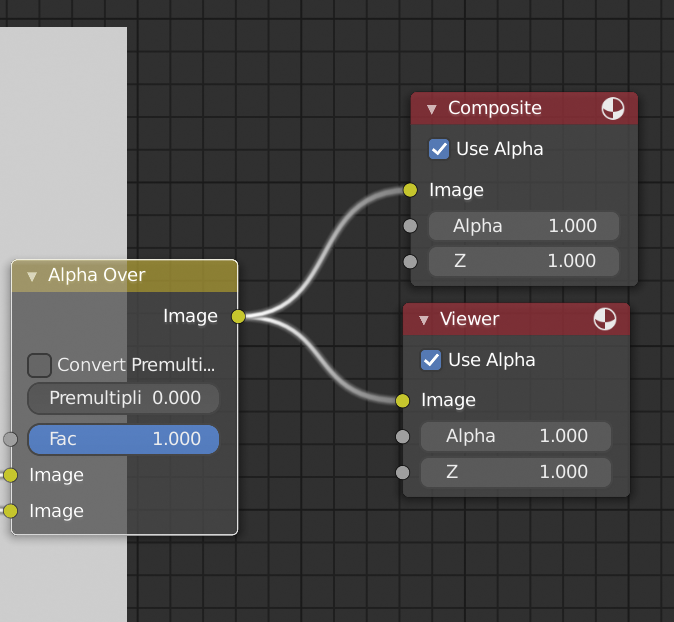 Bloom effect is a kind of effect that should be added to an image, rather than composited with Alpha Channel, so if you have a bloom effect image like this

Just add it to your image. 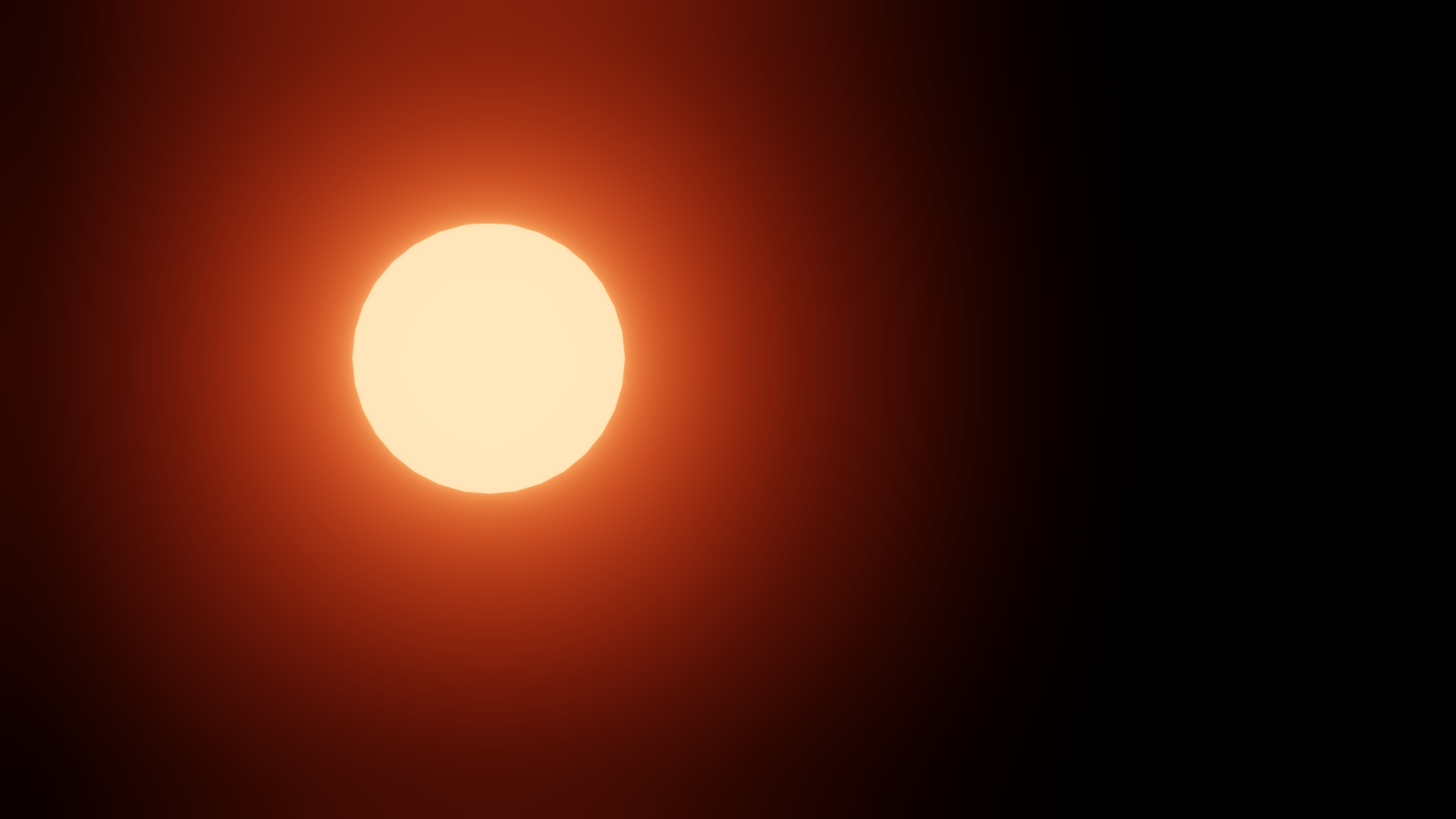 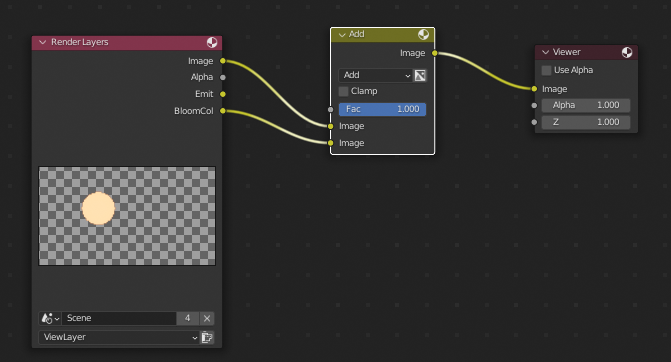 This bloom effect will not be apply on alpha channel even it seems to.

If you really want to export it as alpha channel (I highly recommend just use bloom with black background, but in case you really need to) you can use a setup like this: 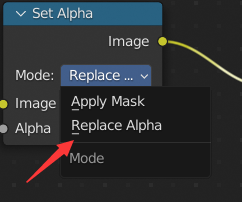 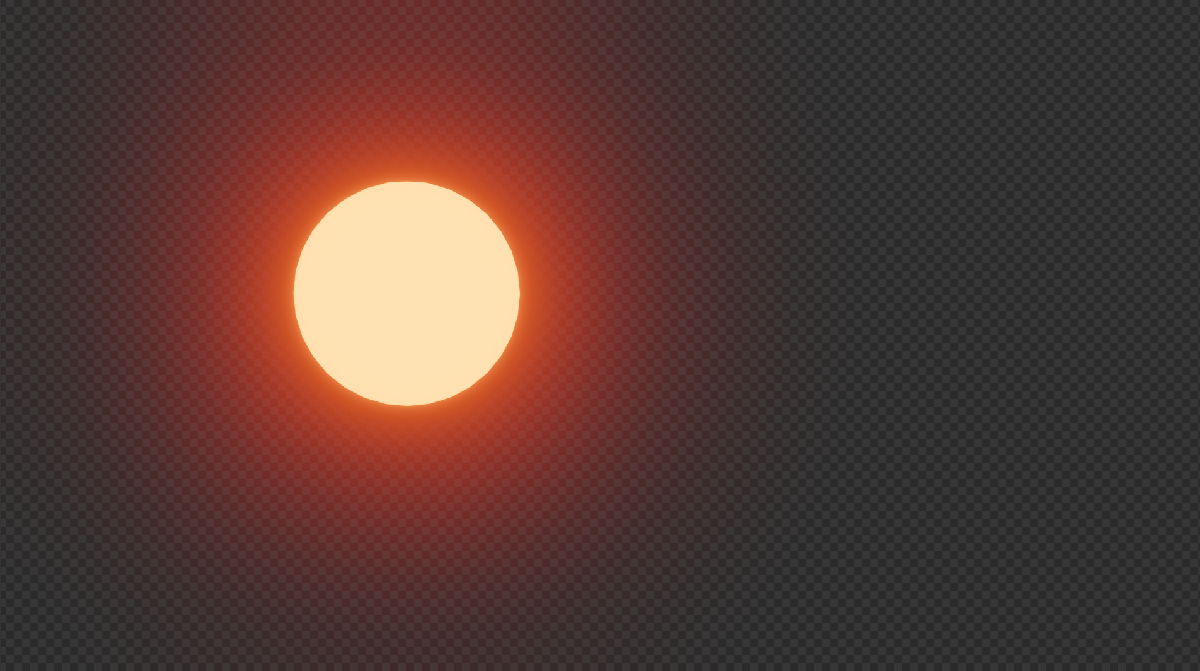 Not the answer you're looking for? Browse other questions tagged transparency compositing-nodes or ask your own question.

7
How to save a render image as JPEG with white background instead of default black background at alpha transparent areas?
2
Compositor has a different effect when editing Render Result vs external PNG image?
4
Blender 2.8 compositor isn't saving me any time?
2
UV mapping node in the compositor. Why can't I subtract some pixels from the alpha channel with a mask?
0
Background saving black but it's transparent when rendered and in the modelling state
3
Blender does not set the alpha channel correctly
4
Which format for saving transparency from bloom and respecting colors (tried PNG/TGA/TIFF/EXR)
1
2.9- cannot texture paint with alpha