so I've been working on honing my fire-simulation skills in the Cycles renderer using Mantaflow as I'm set to be using it soon for a project; but while working on looks and so on, I noticed a render error that I've not come across before.

If you look at the fire itself, the edges have these "blocky" outlines, its most noticeable along the leftmost border of the fire, here is appears as dark blocky borders to the fire, but its also visible at the back end of the fire, where the block is brighter than the backdrop 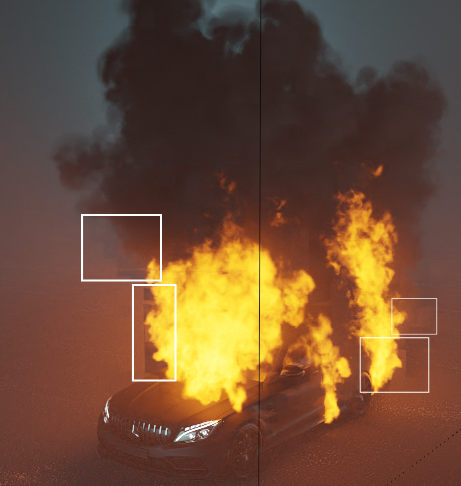 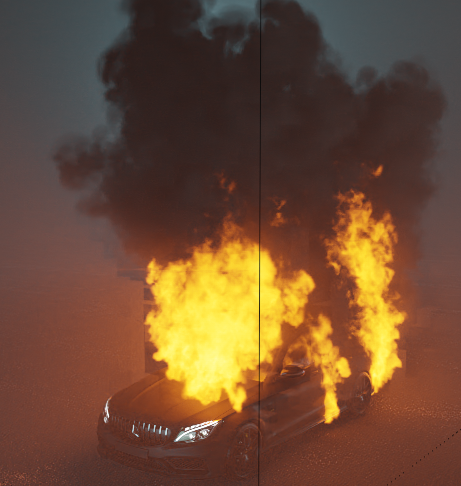 The error like stated above, is very obvious and basically ruins the whole thing: it might be worth mentioning that the fire simulation is emitted via a particle system and not mesh.

Is anyone able to tell me how I would go about removing these blocky almost "bounding-box"-like artifacts.

"I can see your problem there., Are there any actual cuboids there that might be set to a volumetric material, and are appearing in the render?" - ZargulTheWizard

Yes, thats it! It seems my volumetric node for the fire wasnt set to an absolute black, making the actual cuboids themselves only semi-transparent.

Not the answer you're looking for? Browse other questions tagged cycles-render-engine smoke-simulation error fire mantaflow or ask your own question.

1
Smoke+Fire Simulation Fire Not Rendering
3
Volumetric fire looks cuboid
4
Why is my fire simulation so blocky in Cycles rendered view?