I am new to Blender and have searched a lot for my problem, but unfortunately have not found anything useful... Is there a possibility to voxelise an stl-file with Blender and to define the voxel size (edge length) in millimeters? My attempt so far was via "Add Modifier" --> "Remesh" and then "Blocks" (Voxels does something else)...But there I can only set the threshold, Octree Depth (whatever that is) and the scale. But I want to set exact millimetres...Is that possible? Furthermore, I would like to write the coordinates of the centers of the voxels into a text file. Is this possible in Blender and if so how? I tried to export the voxelised model (obj, stl, py) and process it with Python to get the coordinates...Unfortunately this failed so far...

Summary: Is there a way to voxelise an stl file with adjustable voxel size (unit of measurement) with Blender and to get the coordinates of the centre points after voxelisation?

as far as i know the remesh modifier is the only way to get what you are looking for.

Voxels are a bit different in blender than what most people think of them as. They aren't cubes like Minecraft - they are a method which uses something like 3d pixels for smoothing shapes or for recreating shapes. 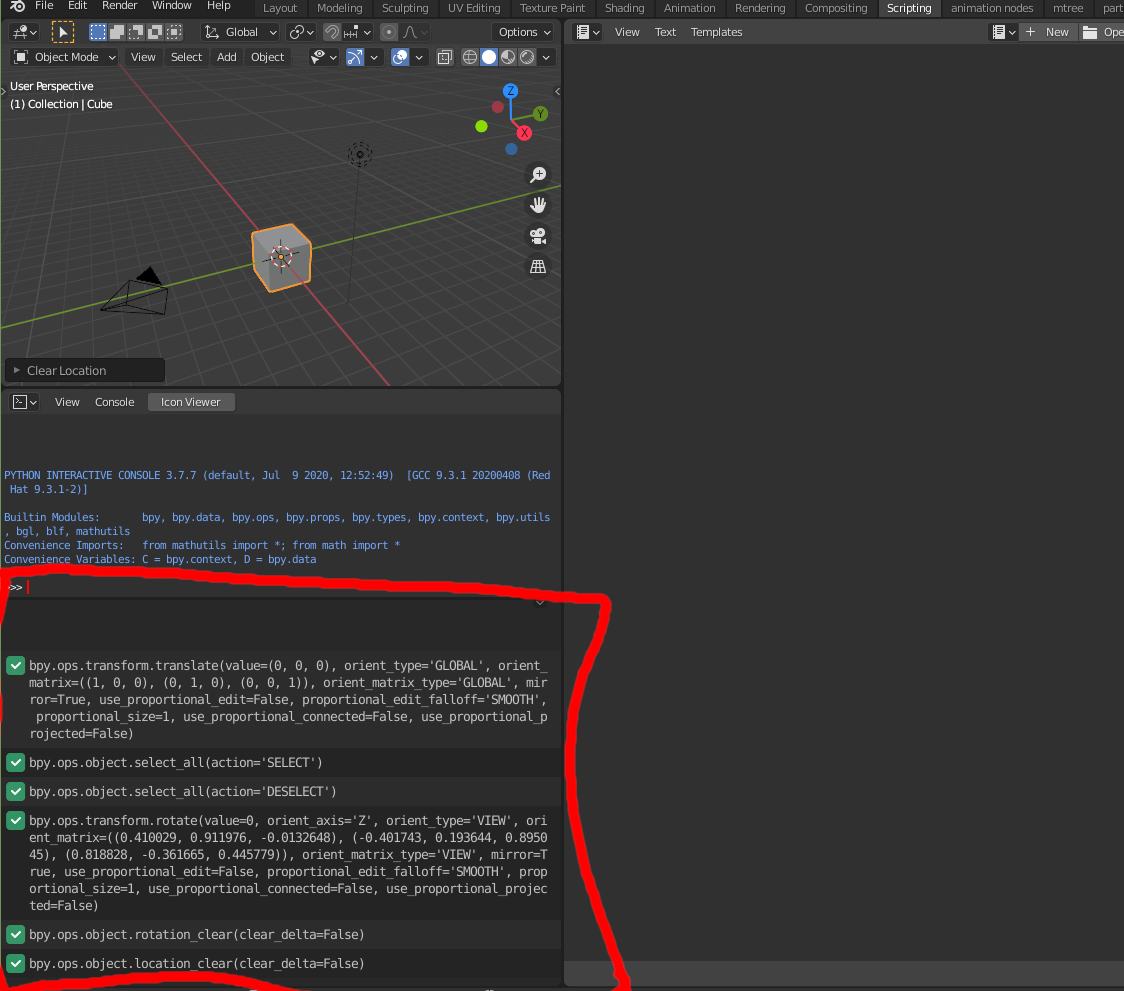 Now before we start scripting, add a simple shape like a sphere 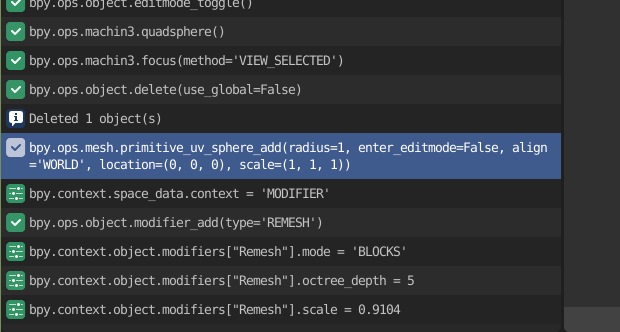 remember what i showed you before? that add sphere? so after it you see i went to the modifier workspace because it says bpy.context.space_data.context = 'MODIFIER' so Now were looking for where i added the remesh modifier because that is what we are going to automate. right after the bpy.context.space_data.context = 'MODIFIER' we see bpy.ops.object.modifier_add(type='REMESH') which adds the remesh modifier (if you read the command u will see it's just english)

So Select it by clicking it and then hold shift and select whatever other commands we want to automate - in this case just the values. 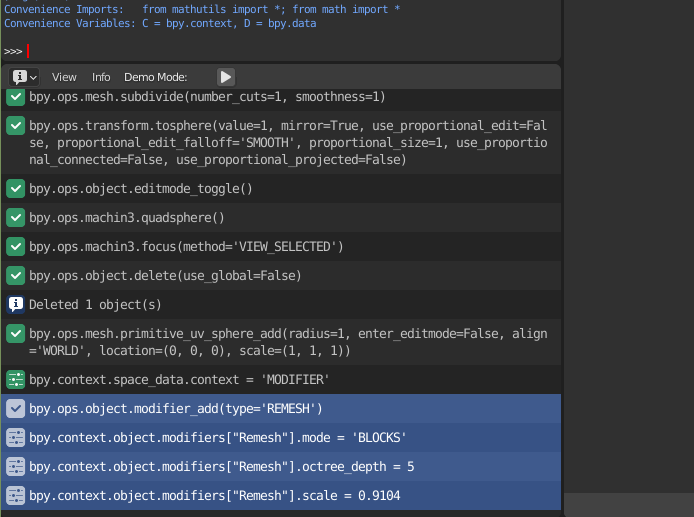 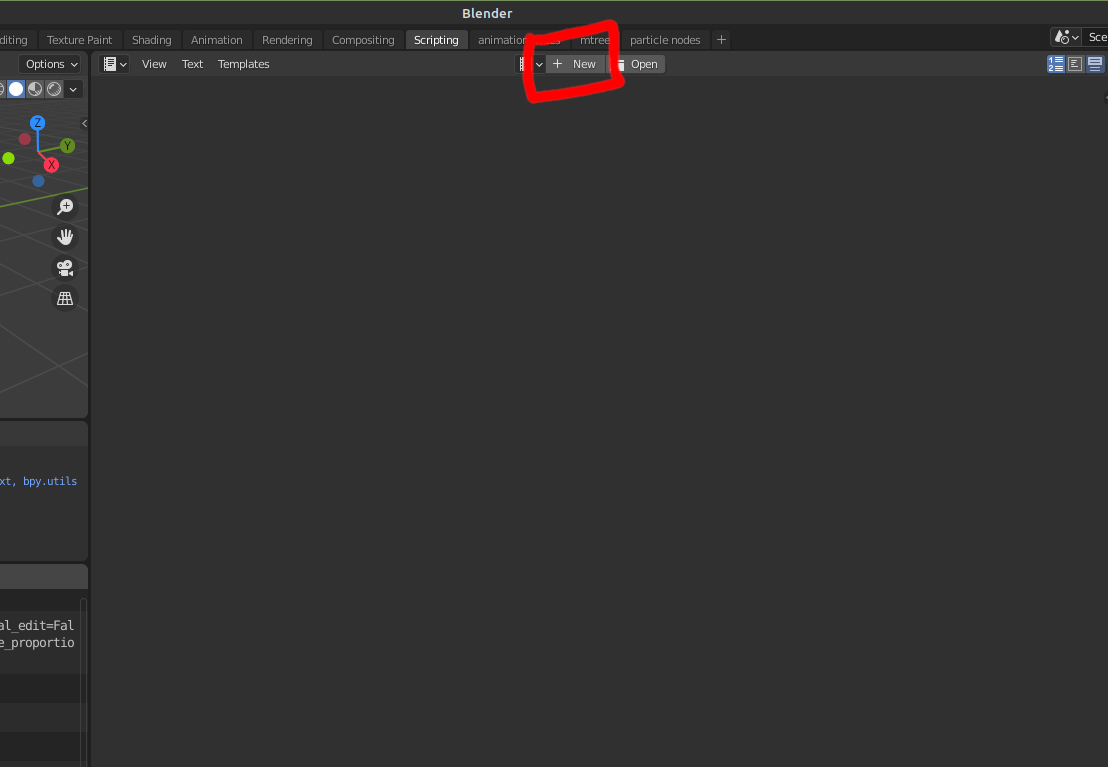 blender uses python for it's scripting, which makes it pretty simple for simple programs. so first let's give the script access to all the blender commands by typing at the top of the script we just started

it's very important to not capitalize anything that isn't supposed to be capitalized.

now you can delete the sphere and save the blender file so that the script saves with it.

with our object selected and were done!

Not the answer you're looking for? Browse other questions tagged python coordinates stl remesh or ask your own question.