I am working on scientific visualizations involving huge arrays of 3d vectors, sometimes 100k or sometimes even millions of vectors. I quickly ran into performance related issues, mostly when needing to iterate over arrays of vectors, or even values, using Loop Inputs. Case in point, the attached blend file, that "spiralizes" a linear segment. I generate an 1D array of numpy values between a and b using:

and I invoke that in a 3d vector combine node in x and rotate every vector in the array around it's Z-axis using a multiplied value of it's own index. In order to do that I have to iterate over the array using a Loop Input node. So far so good, it works, but the performance is a killer. Already by 1k iterations the scene lags like crazy on a quite powerful machine. Comparatively, if I do exactly the same in XSI's ICE, I can generate over 100k vectors before the scene starts lagging. Is there a better way to achieve this than using Loop Input, which is the culprit here? Using a for loop in Python doesn't work of course, as the for loop is first executed in the script and then called in AN... Here is the attached blend file https://we.tl/t-L8snsm1VOE 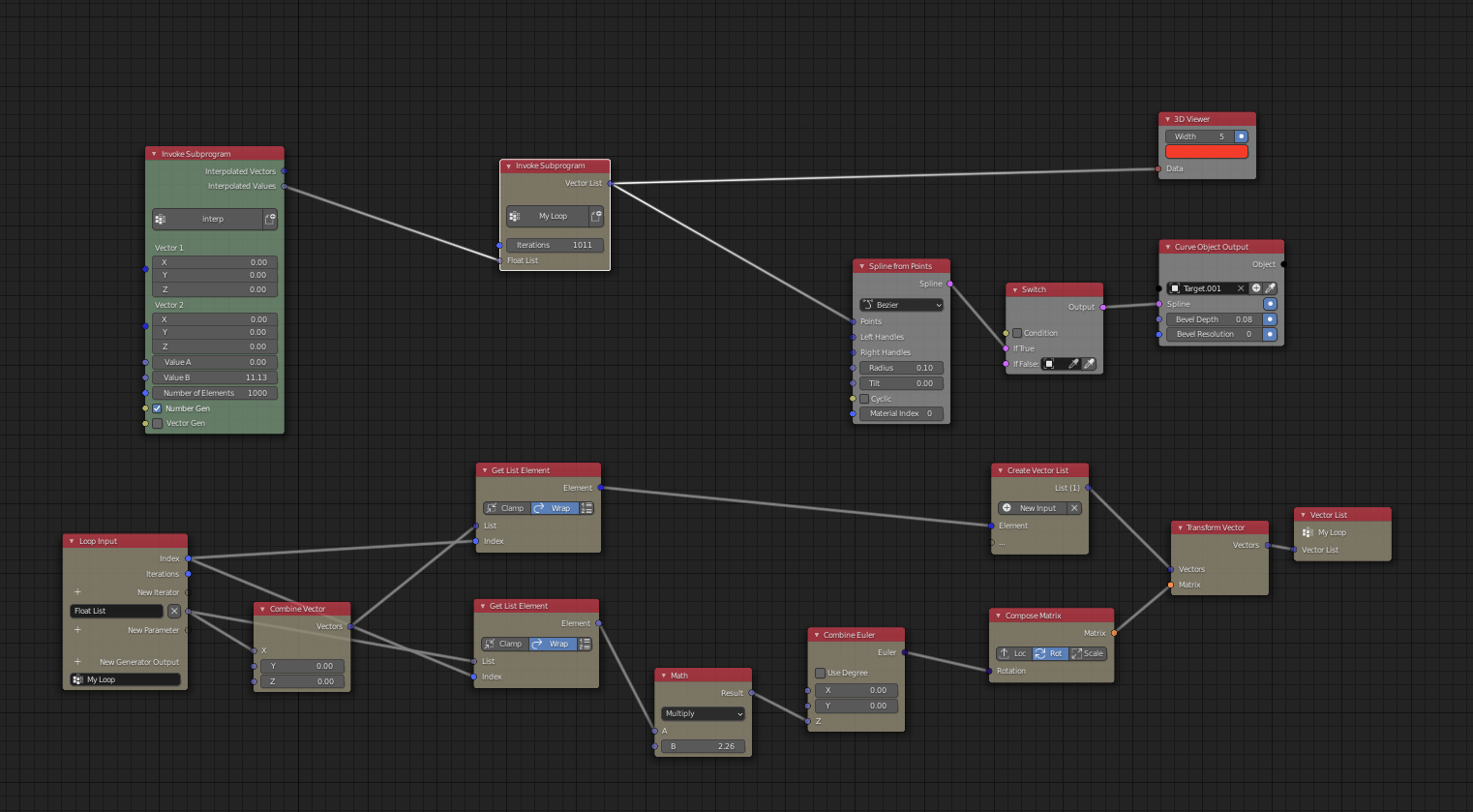 Animation nodes have fromNumpyArray() function which can be used to convert numpy arrays without much overhead. For example a 1d array can be converted to float list by DoubleList.fromNumpyArray(myArray.astype('float64')).

Here you can see conversion speed for 1million numbers: 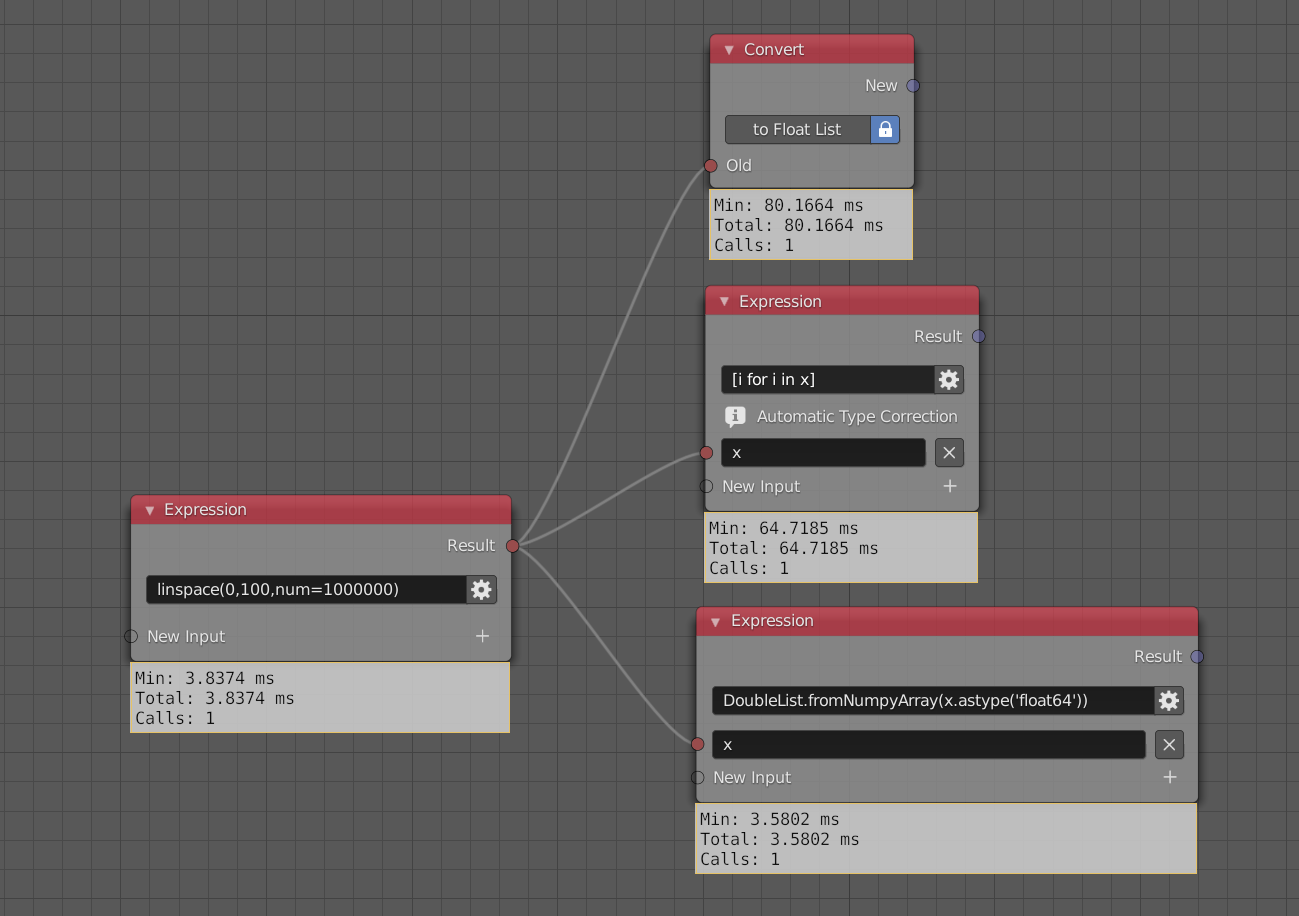 Not the answer you're looking for? Browse other questions tagged python animation node-editor performance numpy or ask your own question.