How to get rid of these triangles on my cheese? 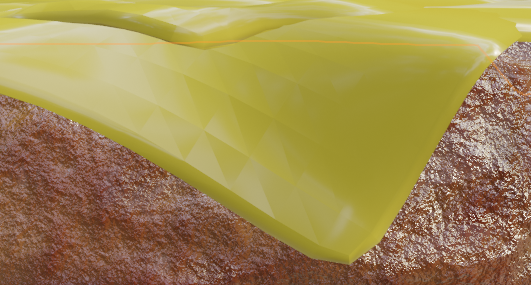 Here is the node tree, I was following default cube, but his cheeses don't have these grids

My blend file is here: 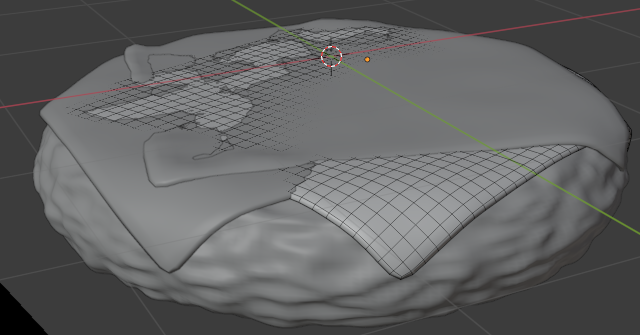 texturing materials
Share
Improve this question
edited May 9 at 16:26

I think the underlying triangulation of the mesh being made visible is the result of an extreme 'Distance' value in the Bump node.

The Bump node has to make an approximation of slopes from heights, by, in some way, sampling heights of adjacent points in the map, and using the differences. It seems that if the differences are too great, and the slopes too steep, the approximation is not convincing, and exposes the underlying triangle normals, even though they are already interpolated by smooth-shading. 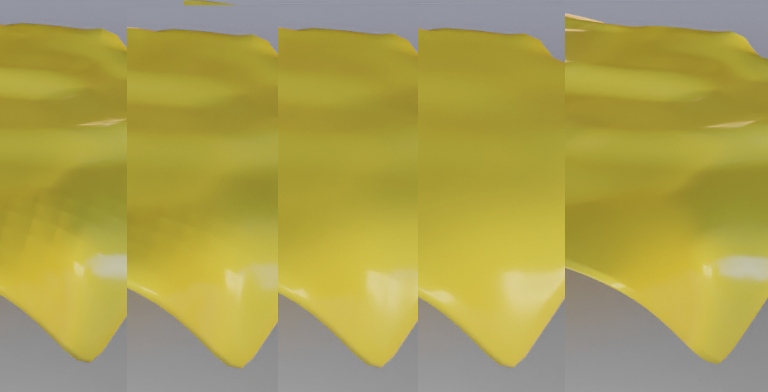 (The code, (at least the OSL version) points to this method of perturbing normals, given heights. What would make a really proper explanation of your artefact, rather than just a fix, would be a more serious mathematician coming along, and describing exactly why the approximation fails. If one comes along, please edit this answer!)

2
How can these textures get fixed?
0
My object is too transparent, how to fix it?
0
How to get rid of stretches
1
How to get rid of materials showing in the viewport when in solid mode
1
What is this and how do I get rid of it?
6
How do I combine these two textures?