The lifetime of the particles should be high enough so that they are visible as long as you wish to see them. Let's say you want to emit particles between frames 10-20 and 40-50 for example. 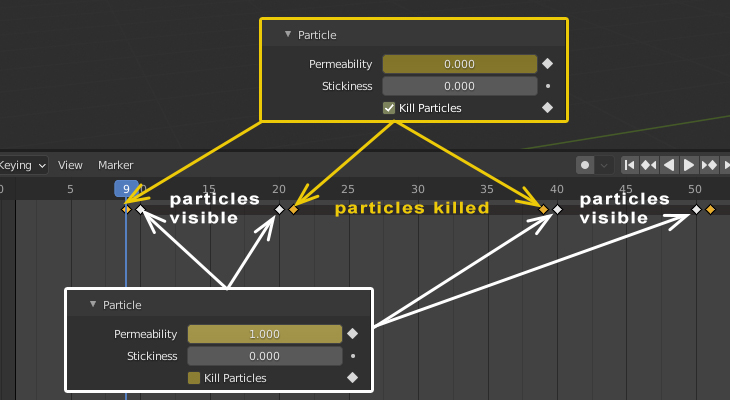 Now here comes the problem: depending on what kind of scene you have and how and where you want the particles to emit, killing the particles normally takes (at least) one frame, so they exist for one frame and will be visible. If your scene setup allows it, you could disguise this by having the emitter hidden by another object so that those killed particles stay inside there.

If you are rendering with Cycles you can use the Age output of the Particle Info in the Shader Editor for the particle material. Plug Age into a Greater Than node to check if Age > 1. This information can be used as a Mix Factor between a Transparent Shader and the normal particle material, this makes the particles appear at an age of > 1. This is probably the best, because you can hide the Collision object and don't need another object hiding the killed particles.

The 'Lifetime' of particles can be 'keyframed' and any particles that are generated take on the lifetime at the time it is created. This means that you can control how long each frame's particles will exist for before dying. By pulsing the lifetime between 500 and 1 you can get the following result :

The only issue here is that the Lifetime cannot be reduced below zero - so the particles will always exist for at least one frame. If the emitter is visible then you will see each particle created during the 'off' pulse briefly appearing before disappearing on the next frame.

The solution to these transient particles is to simply hide them by placing a mesh to cover the emitter such that the particles can pass through unaffected :

EDIT: As pointed out by @GordonBrinkmann, while this does work in the viewport, it fails to render as the particles are incorrectly handled as if they expired at the point the Lifetime keyframes back down to '1'. This is the case even if the particle system is first Baked. This would appear to be a bug in Blender.

However, on investigating further, while Blender 2.93 Alpha compiled on 23/3/2021 does exhibit the problem, the latest daily build of Blender 3.00 Alpha as of 4/5/2021 does appear to work correctly. This would seem to indicate the the bug with the handling of keyframed Lifetime appears to have been very recently fixed.

You still do have the problem of the particles existing for 1 frame (the same problem as experienced by Gordon) but that can be hidden behind an additional mesh as described above.

EDIT2: There are some discrepancies between how this operates in Eevee and Cycles and also depending on the start 'lifetime' and how it interacts at the end of the simulation. This all points to some buggy behaviour when manipulating the lifetime in this way. IMO this makes this an unreliable solution at present but I'll put together a bug report to the Blender developers - hopefully this can be resolved at some release in the future. For now, go with @GordonBrinkmann's excellent solution as that requires slightly more setup but should be far more reliable.

The particle system itself does not provide this functionality. But...of course...there might be different "cheap" workarounds.

You can increase the lifetime of particles so that they are not disappearing. e.g. increase it a little bit from 50 to...let's say...100000. 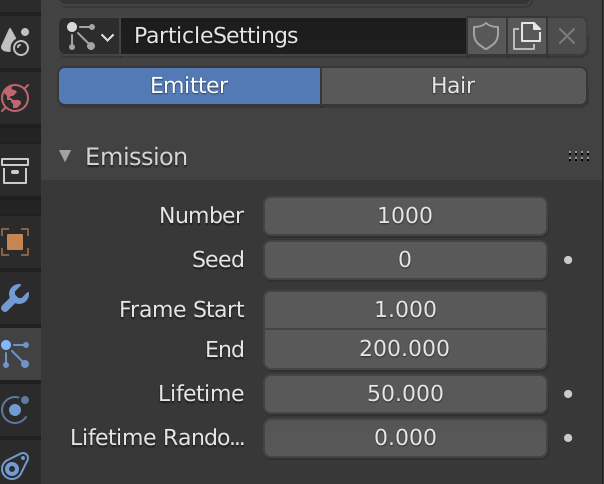 Give the particles a material and make this material transparent for that timesframes on which you want to have the pulsating "off".

One expensive workaround: Use python.

this kind of works, but it does not look good because you cannot really "see" the space between when particles are emitting from a sphere....

result on a plane: 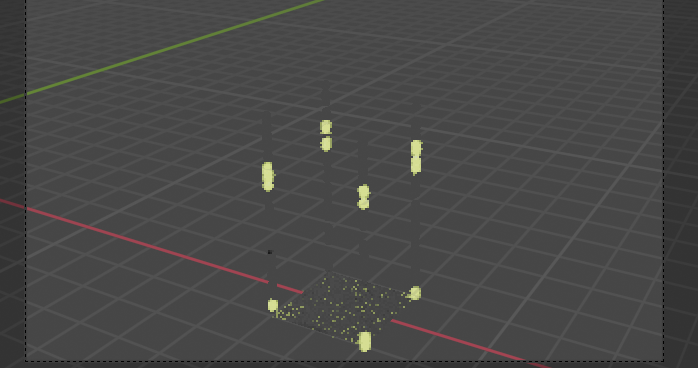 result on a sphere: 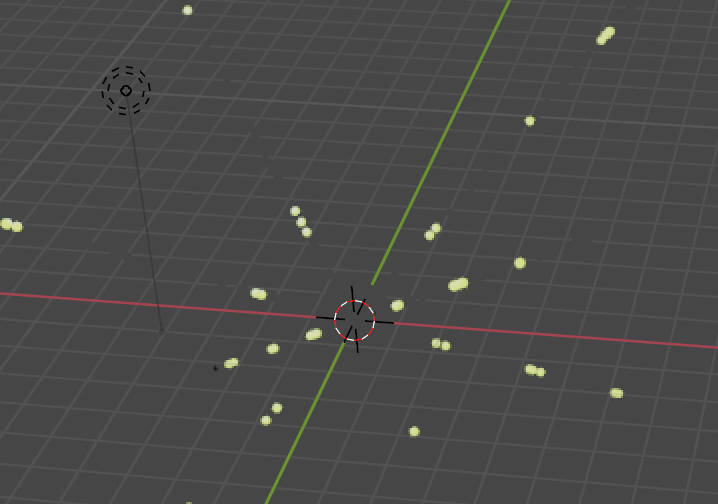 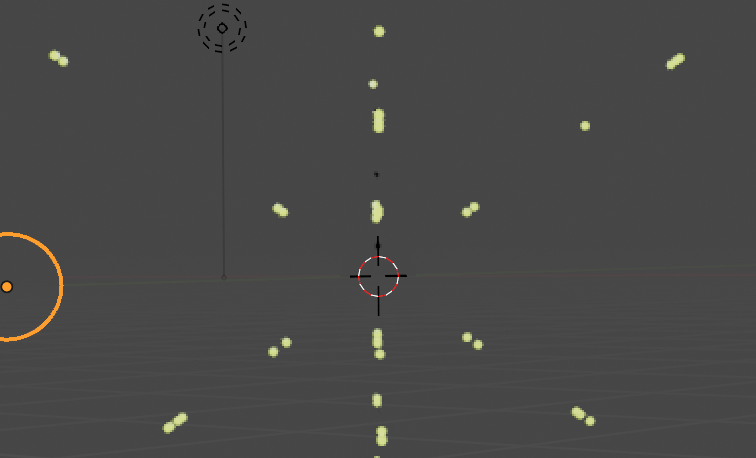 2
How can unwanted rotation of hair particles be avoided?
4
How do I stop hair particles going through the body and the head?
0
How do I keep a cloth simulation from interacting with a particle emitter, while still interacting with the particles?
1
How to emit hair particles according to the normal of the emitter face?
2
Make particles start their animations when they're emitted using Animation Nodes?
0
BUG? Particles offset from emitter when using object
4
Particle Modifier - Repeat for Infinity
2
How to prevent particles from sliding on angled surfaces?