Why does the simple deform modifier not bend when created or strechted on the Y axis?

When I create a simple cube and stretch (or create other cubes as one object) along the x or Z coordinate it and then add lots of loops cuts it seems to bend just fine. However, if I did all of this along the Y coordinate it messes up really bad.

Above I create a simple cube and stretched it along the X coordinate and add lots of loop cuts. I added the modifier and went to bend and it seems to bend fine. 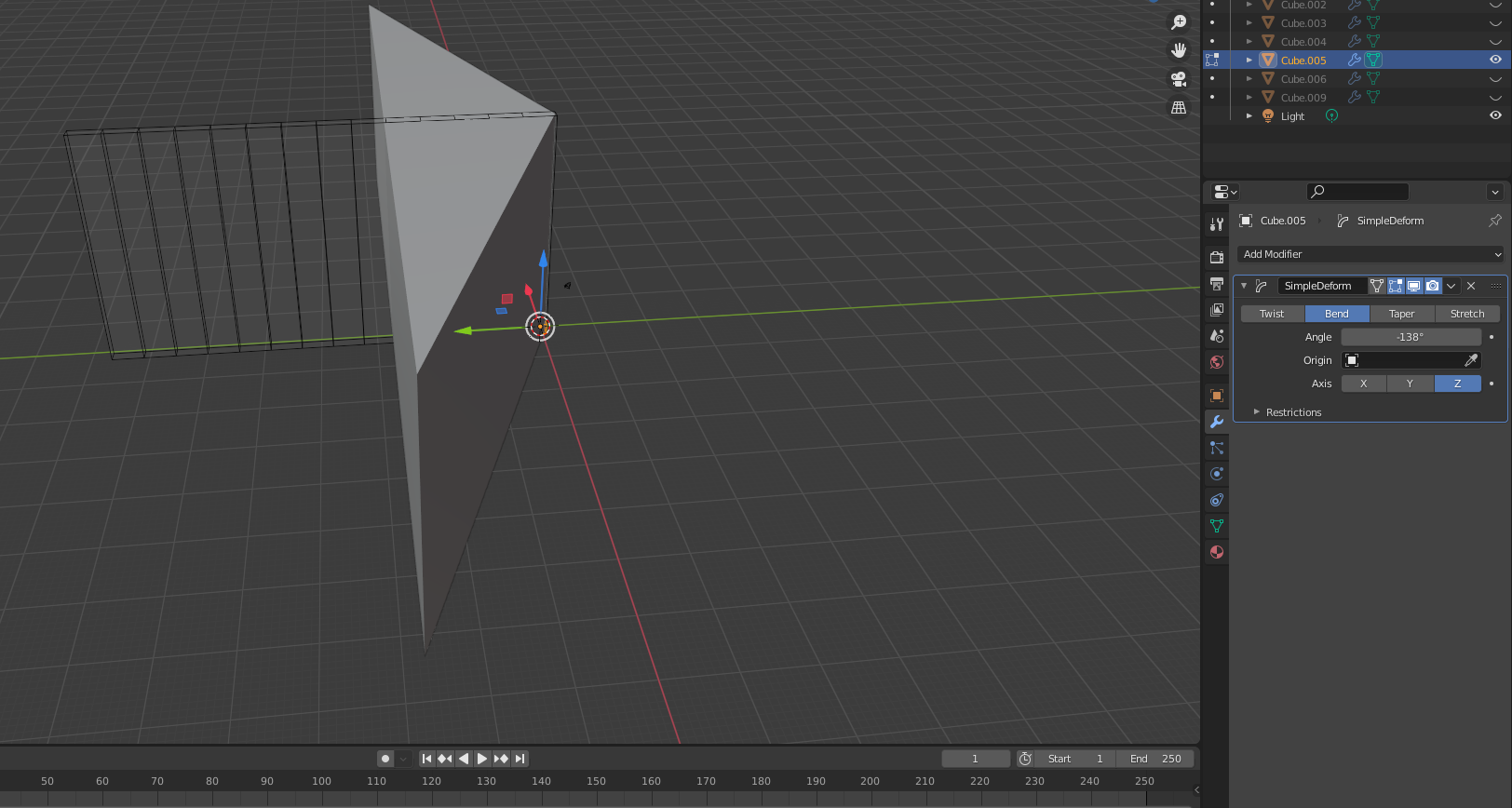 Above I did the same thing however I did this along the Y coordinate and as you can see they both have very different results. I also selected X, Y, and Z-axis on the modifier itself still looks bad. I also tried adding an empty but the results still don't improve it. Is there a fix for this? or do I have to create everything on the X-axis? I am relatively new to Blender. Thanks.

modeling modifiers
Share
Improve this question
asked May 1 at 17:54

There are two axes to take into account when using the Simple Deform modifier.

The examples below have their 'Bend' deformation axes set to X, Y and Z: 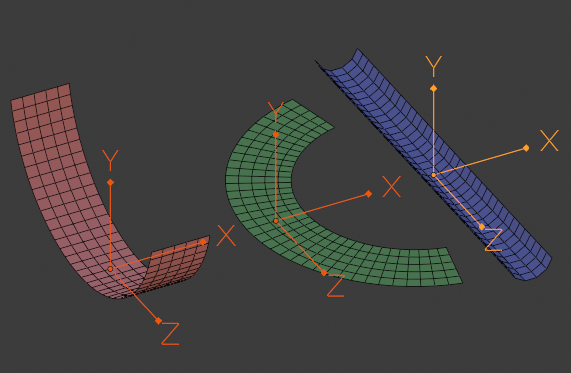 as you can see, the axes of extent are Z,Z, and X.

I wish you could set both axes in the modifier. Personally, I always wind up using an Empty as an axis/origin object, and fiddle with it until it works.

6
Why does Blender warp UV pelt when unwrapping tight geometry?
3
Array Modifier does not work as expected
1
How do I get the screw modifier to go around the Y axis for a 2d Trace
1
Why the 'Simple Deform' modifier bending my object on the wrong axis?
1
How to use simple deform to bend geometry in a circle?