My idea is to make an short animation overlaid on a choir video as seen on the pic below. 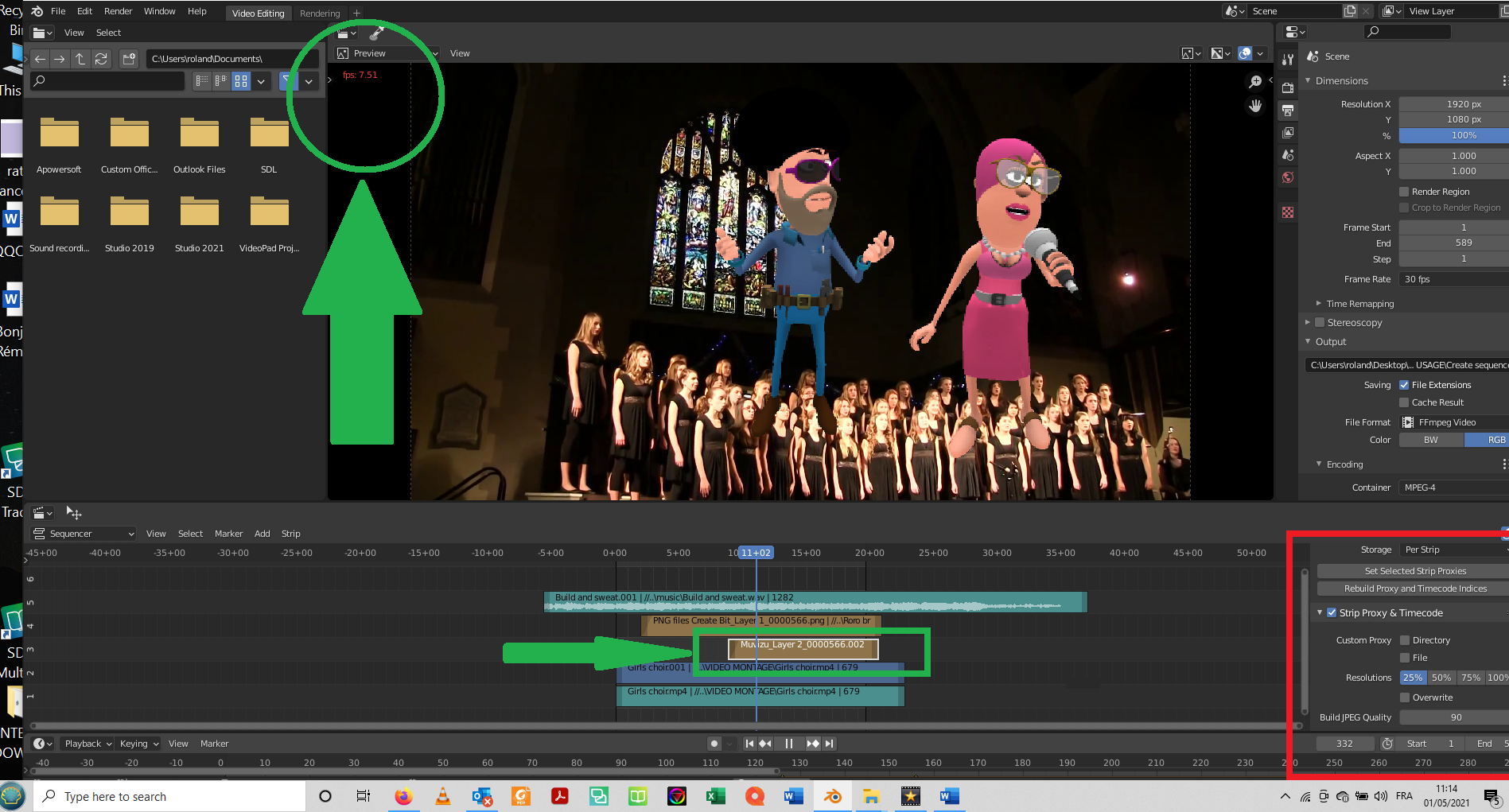 Once the video is played on the Video editing window, the Choir video hangs around 30 fps, which is fine. As soon as it gets to the first layer of the imported Png sequence (from Muzivu), the fps fall down to around 7-10 on average. I then selected the Muvizu image sequence and tried to create a proxy (Strip Proxy & Timecode) with a 25% resolution on this Muvizu strip. BUT... when I hit "Rebuild Proxy and Timecode Indices" button, it does not create the BL Proxy folder where it should be. it does not seem to do the job. It does not seem to build any and my output location is properly selected for it.

So, I do not know if all this has anything to do with the "Not proxy folder being built" or not but the end result is that: a) My muvizu video is perfectly sync on Muvizu b) but not on Blender where I need to render the final animation. It is slower on Blender software.

Any idea of what is going on here? What am I doing wrong?

Do not hesitate to ask me more details if needed.

Thanks in advance. Roland

Note: shall I had that once I imported the Muvizu image sequence, I had to use Reverse function since they had been all reversed once imported!

video-sequence-editor video
Share
Improve this question
asked May 1 at 9:32

Browse other questions tagged video-sequence-editor video or ask your own question.

1
Lagging audio playback in the VSE?
2
How can I render a sequence created in the video sequence editor?
26
How do I use Proxies in the VSE correctly?
0
Video editing workflow - VSE and compositor slows down framerate when previewing?
3
VSE: How do I speed up playback in the video preview?
0
How to make image sequence?
0
Imported video is in slow-motion