Thanks for help.
I have a question about Animation Nodes.
I'm trying to make an animation like this:

Set some points on the spline and duplicate the object with Object instancer at those points.
When the empty that sets the Follow path passes that point, the duplicated object starts the action.

However, the start timing of the action does not go well, and it starts from the middle frame.
For example, I set the action from 0 to 30 frames, but it starts from 15 frames.
I think it would work if I could set the delay at the moment of passing the point to Delay of DelayTime, but I can't find that frame.
Is it possible to get the frame when passing a point on the path with the Follow path constraint animation?

I will attach a .blend file, so I would appreciate it if you could check it.

I would like to supplement the .Blend file.
See the Float List part of the annotation.
The object at the first point starts at 1 in 1 frame and ends at 45 frames.
As expected, the action is taking 45 frames.
But the object at the second point starts at 16 at 21 frames and ends at 49 frames.
I want it to end with 65 frames, but 16 frames are not enough.
Similarly, the second and subsequent objects are shortened by a few frames.

I want to fix this gap.
To start the action from the moment the empty passes each point, I thought I could use DelayTime to subtract the frame at that moment from Time info.
But that also seems to be a mistake.

So what I want to do is start the action the moment I pass each point on the path. 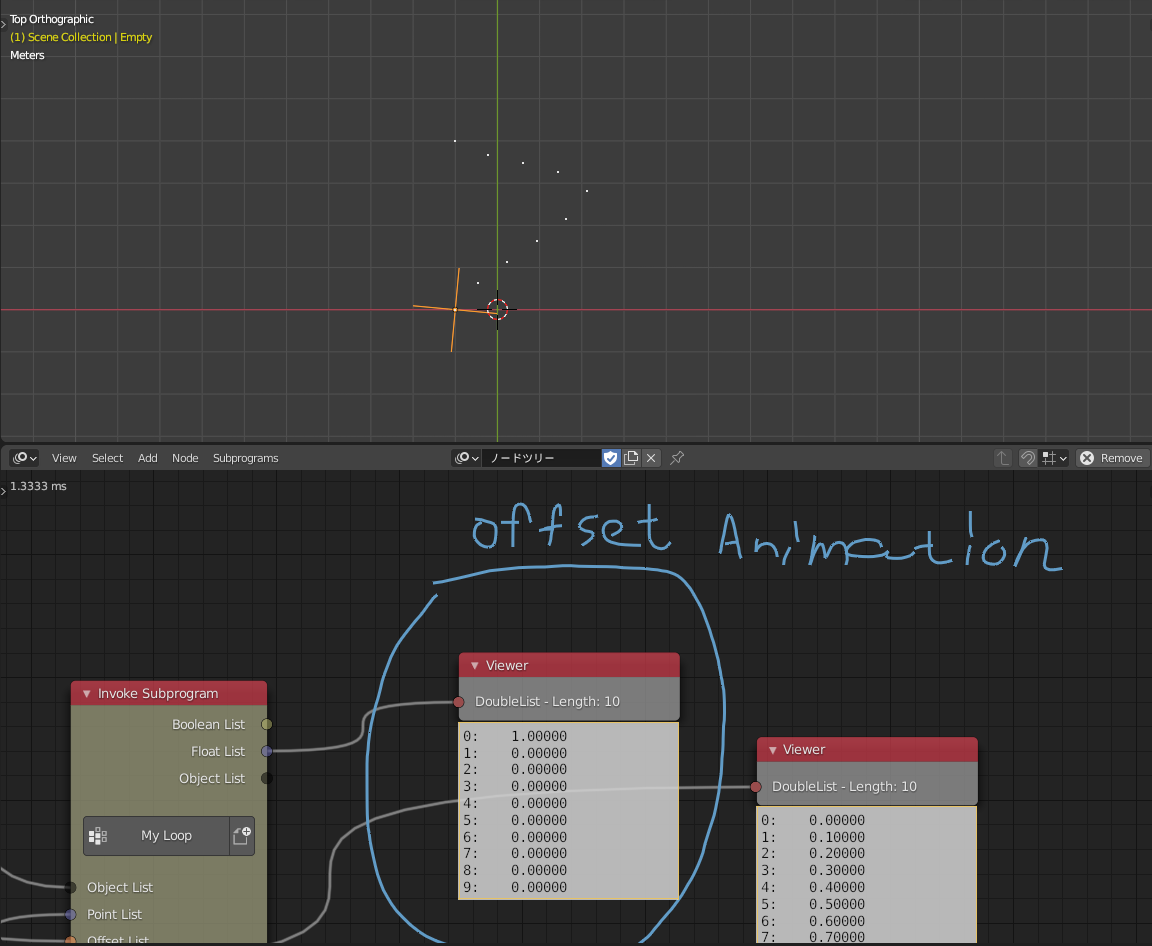 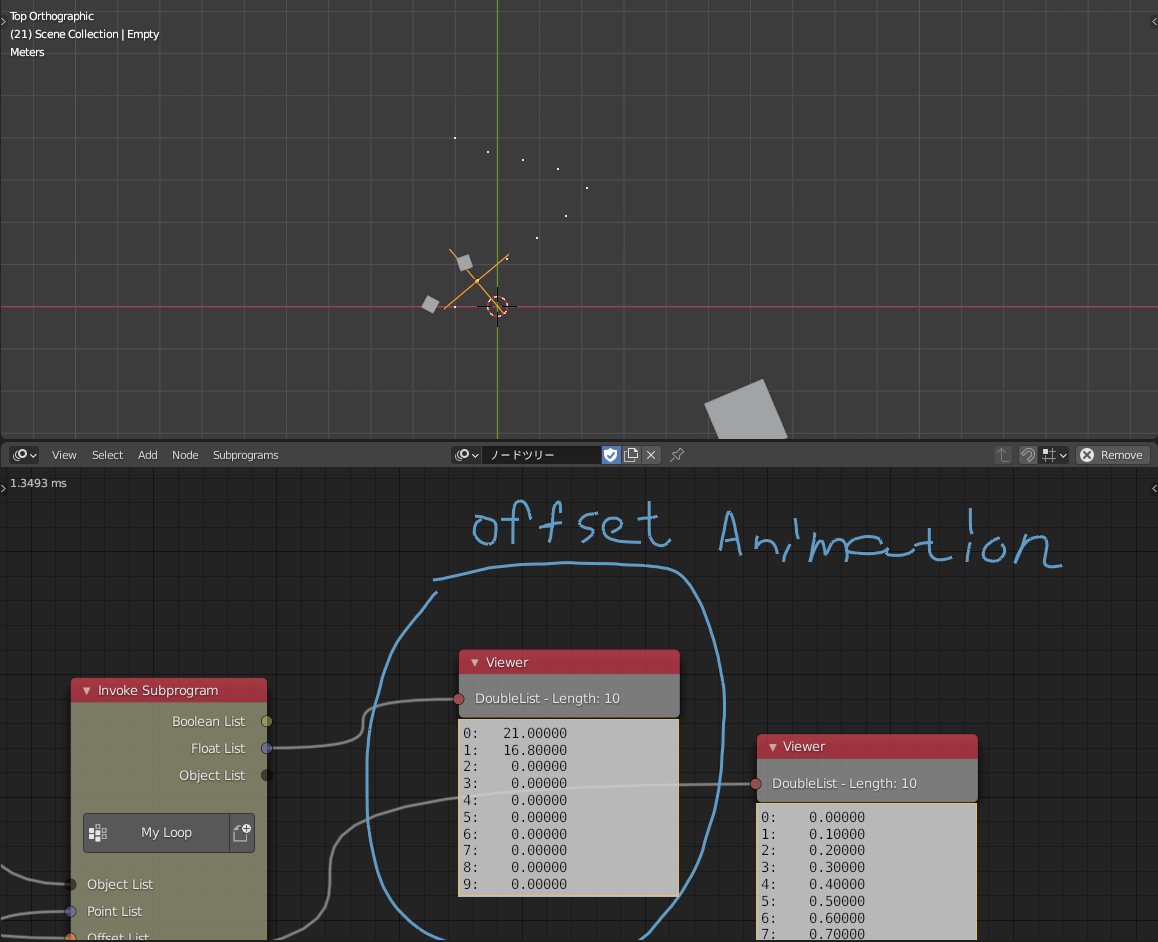 Adjusted with Delay Action and Curve Interpolation. I made an interpolation curve with reference to From Fcurve. Thank you to everyone who looked at the question.