How do I mix two bump nodes and fade from one to the other?

Here is a simple flower bud with a colour pattern using noise and a gradient texture. 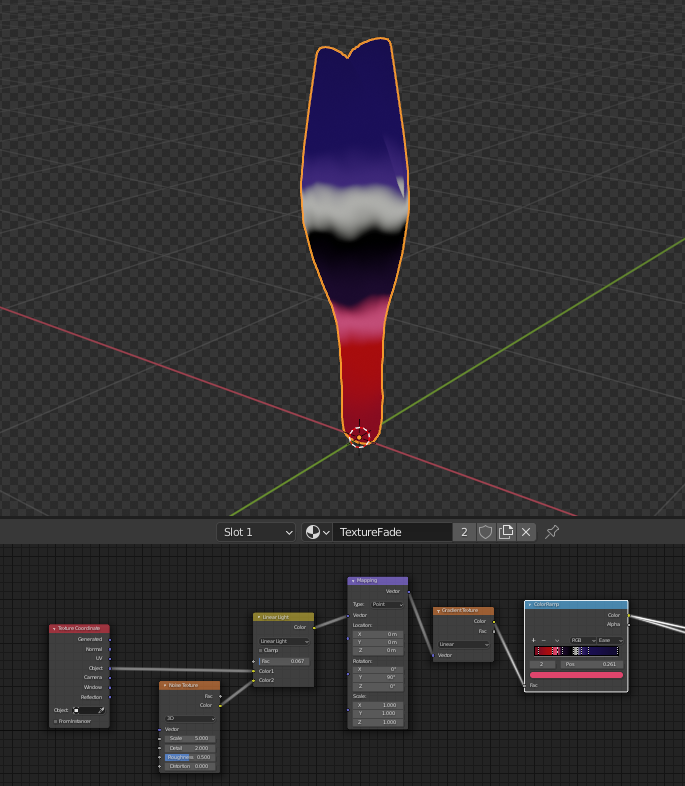 Now I want to add two textures, a wave pattern for the petals and a noise pattern for the stem. I have used a gradient into a colour ramp as a kind of mask. The texture settings are set high here just so it's easy to see. Each bump node I have run into the normal input on a diffuse shader (I think the problem is here). Because when I then mix it with the base colour pattern I'm getting the colour data from the diffuse nodes blending with the base colour pattern in the first image. 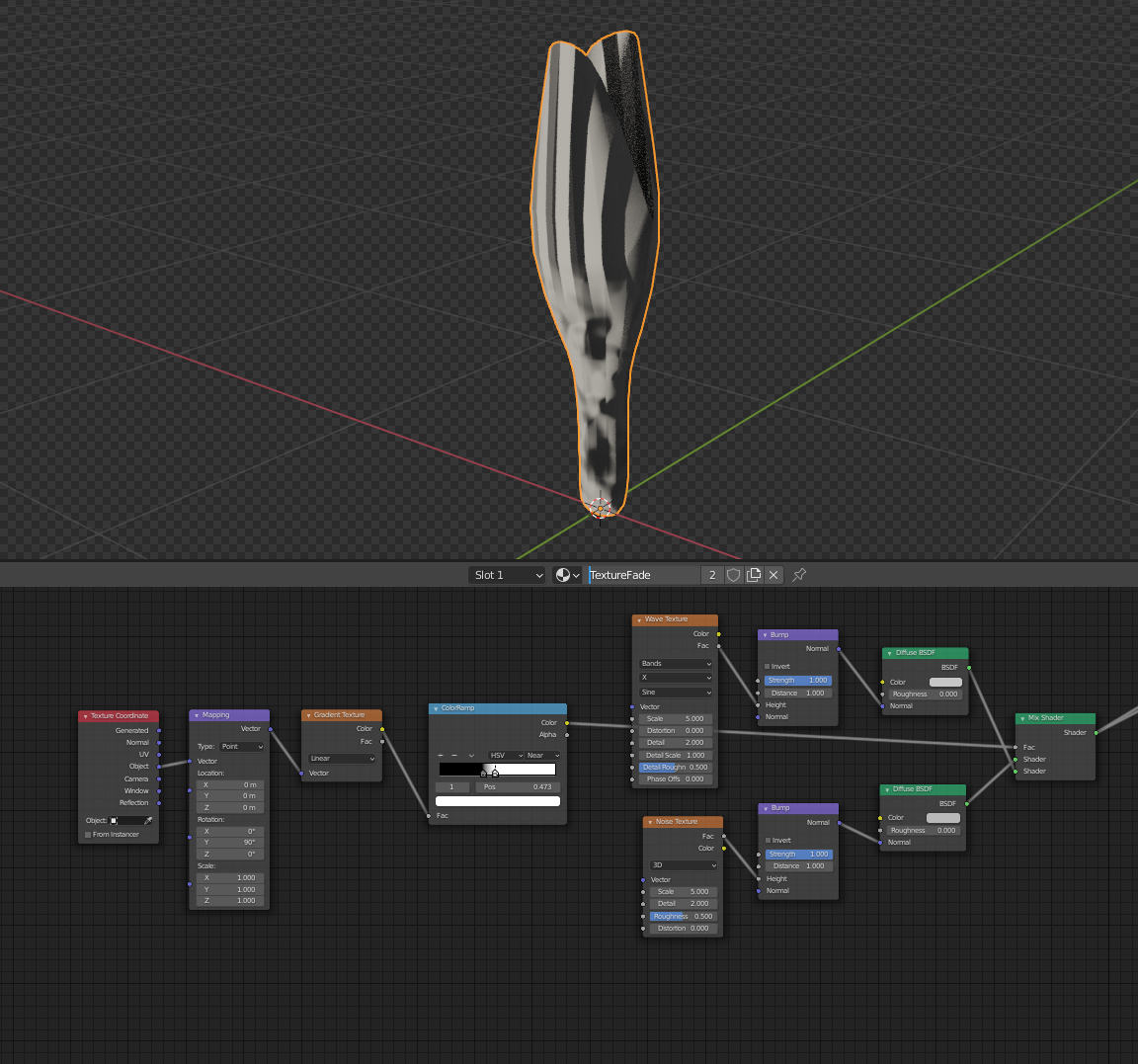 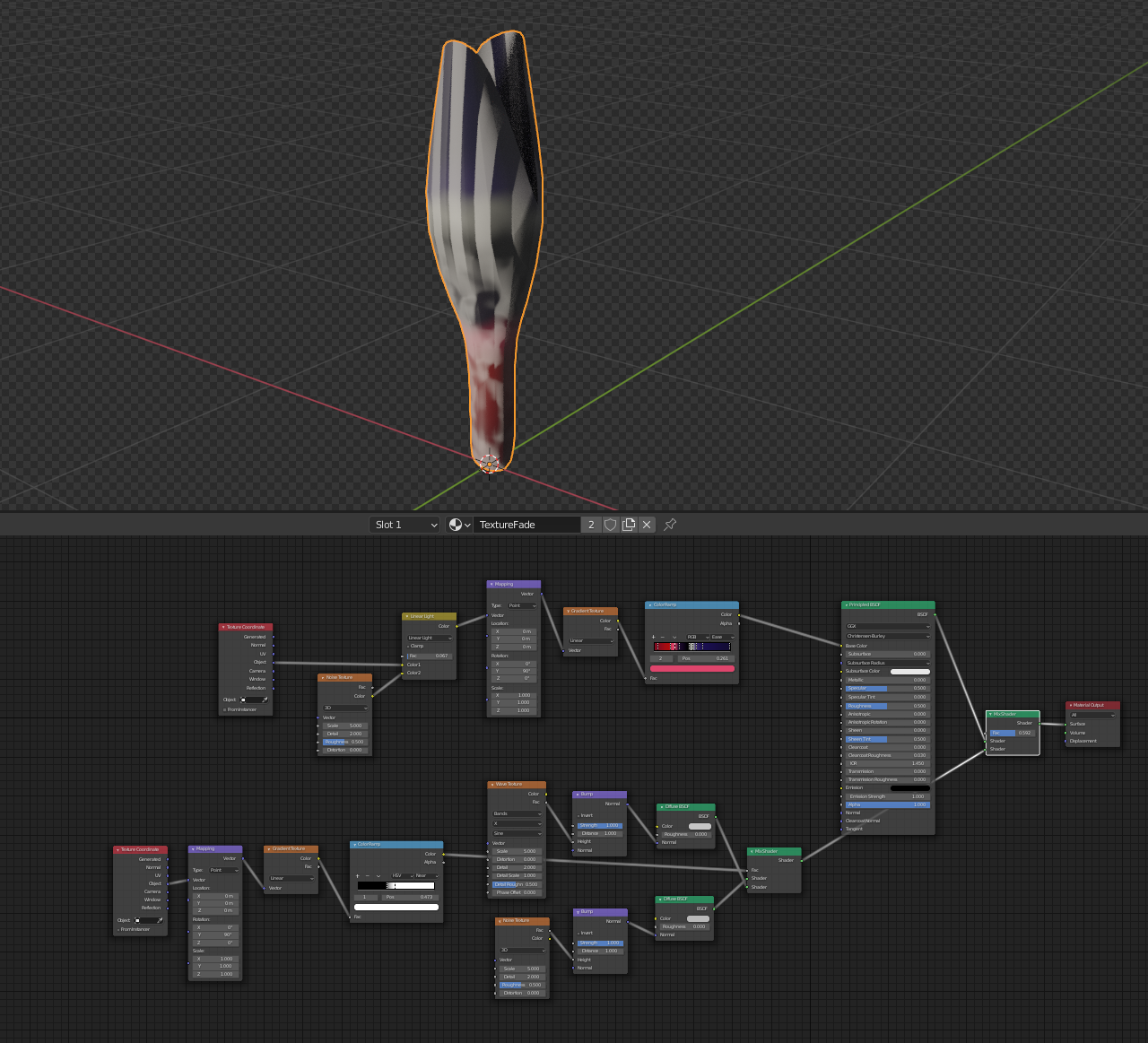 How can I add these two texture/bump nodes and fade between them in a way that doesn't interfere with the base colour pattern I want to use?

EDIT: This question was closed as a duplicate, but the linked question is a different issue. I was able to solve this problem by dragging the colour output from the colour ramp node for the pattern into the diffuse bsdf nodes for each texture. It feels like a messy set-up to me, I think this could be done more elegantly. 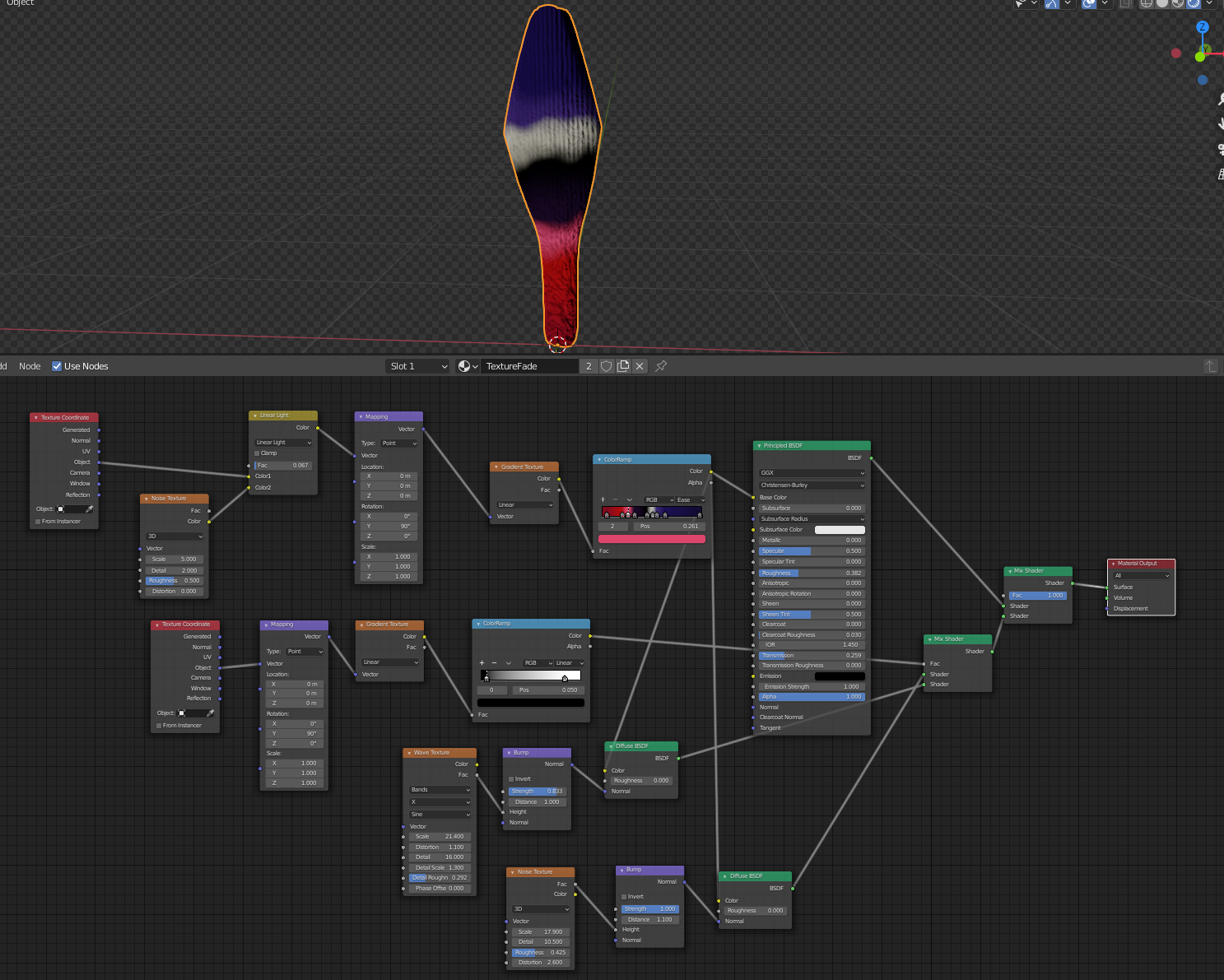 Your chosen route is to mix two shaders, each shader with its own normals, generated from heights, using Bump nodes.

Mixing Shaders is, as far as I know, gathering contributions from each shader, biasing samples made by the renderer, in Cycles. In EEVEE, I'm not sure. In particular, I don't know how normals are combined. Maybe someone who knows can help with that. Mixing normals is tricky: they represent directions; just mixing the colors that encode the directions won't do.

Why the ramble? Because, however that's done, mixing heights is easy by comparision. It's just an addition.

Personally, using the 'Node Wrangler' shipped-add-on's convenience, CtrlShift-clicking nodes to preview their output as I went along, I would ..

So the resulting chunk of tree would be something like this: 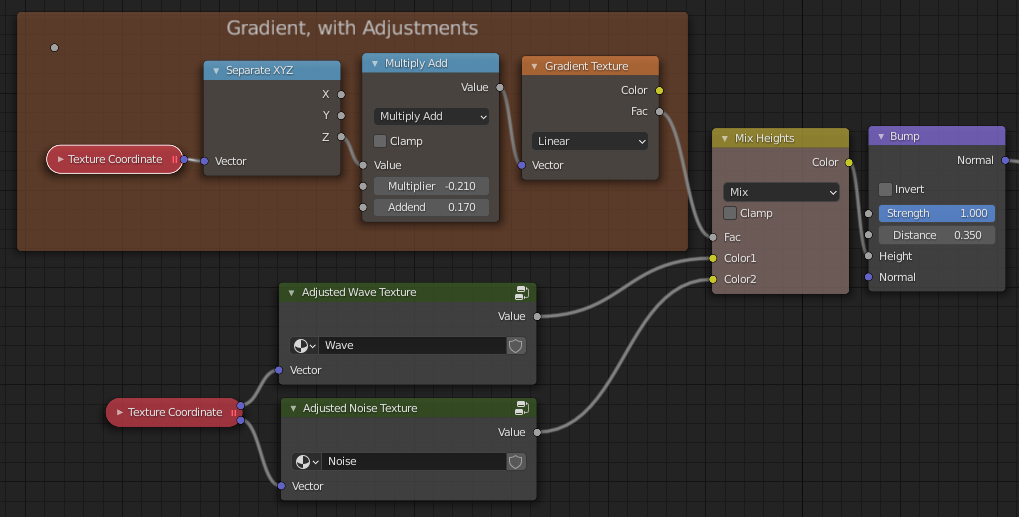 What's in those 'Adjusted' groups will depend on how you want your waves and noise to look. The Multiply Add is just my choice for changing the width and location of the gradient.

The only suggestion is that it's easier to mix heights, here, than shaders, or normals.

Not the answer you're looking for? Browse other questions tagged texturing node-editor bump or ask your own question.

30
How to Combine two Normal Maps?
3
How to combine Bump Maps?

0
Odd Bump/Normal Map behavior with Texture Nodes - Blender Internal
0
Combining two IMAGES so they fade into one another in a gradient or transition
2
Texturing a gas giant / moving noise
0
Noise texture shading
4
Tight grass procedural bump texture?
0
PNG Image Texture Is Not Transparent Using Bump and Noise
5
Bump node seems inverted on one side of the object
0
Using the cycles experimental render engine, how do I use textures in nodes to create actual mesh geometry and not just bump?