I am new in Blender. I am trying to modify the transparency of a plane as an image. And apparently this node is necesary. I hope you can help me. Thanks. 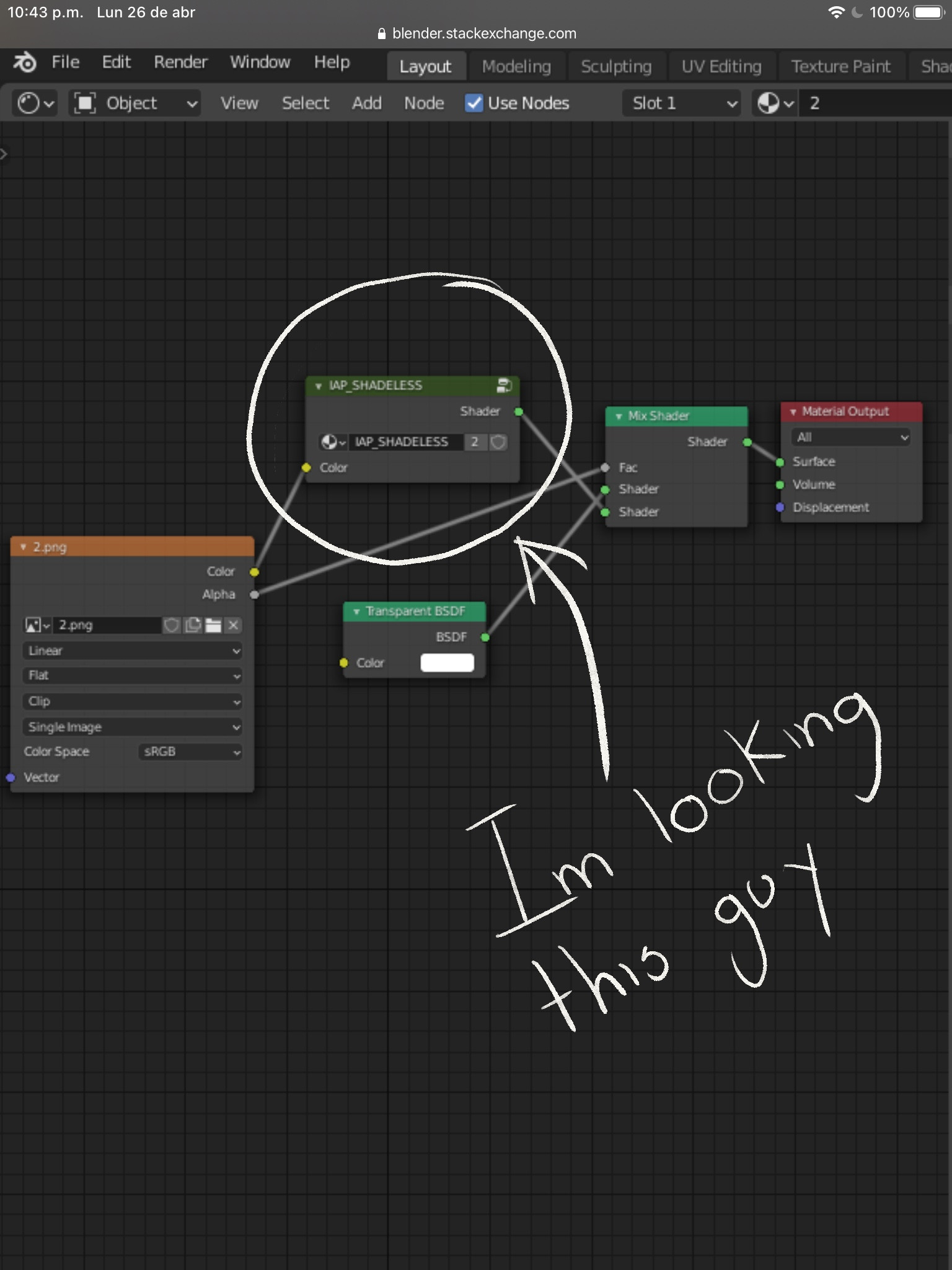 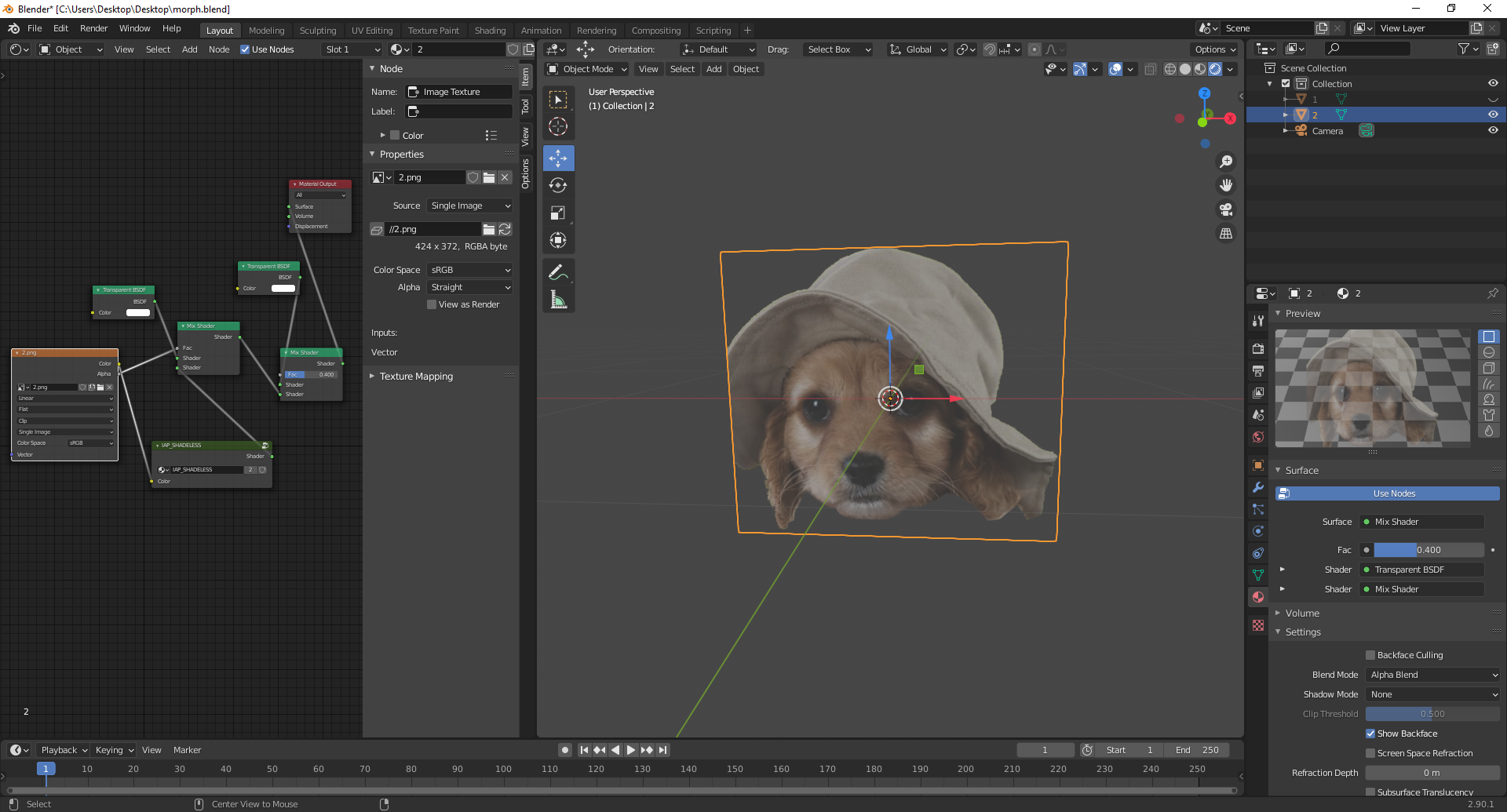 It's a custom Group created by the add-on "Import-Export: Import Images as Planes". (IAP = Images As Planes)

Go to Edit > Preferences > Add-ons, search for "Images" and tick the checkbox to enable the "Import-Export: Import Images as Planes" add-on. 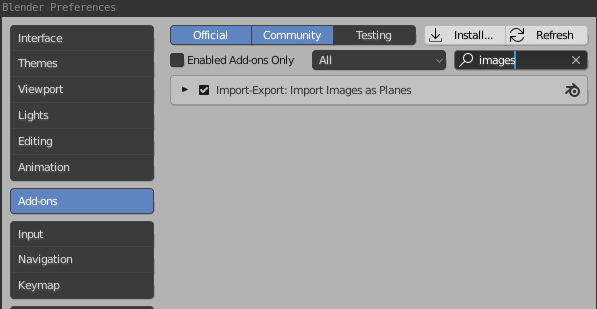 Now you can use the add-on through File > Import > Images as Planes (or through the Add menu in the 3D View). Select an image to import and pick "Shadeless" under the Material Settings. Then hit import. 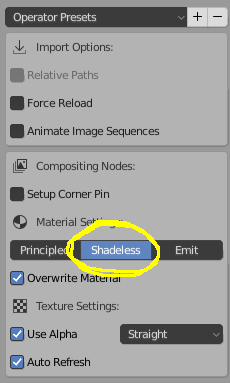 Your image will be imported as a quad. The material it uses will have the IAP_SHADELESS node.

After you've done this once in a file, you can add the group to any material you want by picking Add > Group > IAP_SHADELESS in the Shader Editor.

This custom node group created by the Images as Planes import tool is not necessary if you want to create a shadeless material that takes the image's alpha map into account.

First fo all, to make a texture shadeless you can just plug it directly into the Surface socket of the material output. It is shadeless then because there is no BSDF node telling the renderer how to shade it. Of course to get the transparency, you have to mix the Image Texture with a Transparent BSDF and use Alpha as the mix factor. This actually makes it emit light like it was an Emission shader: 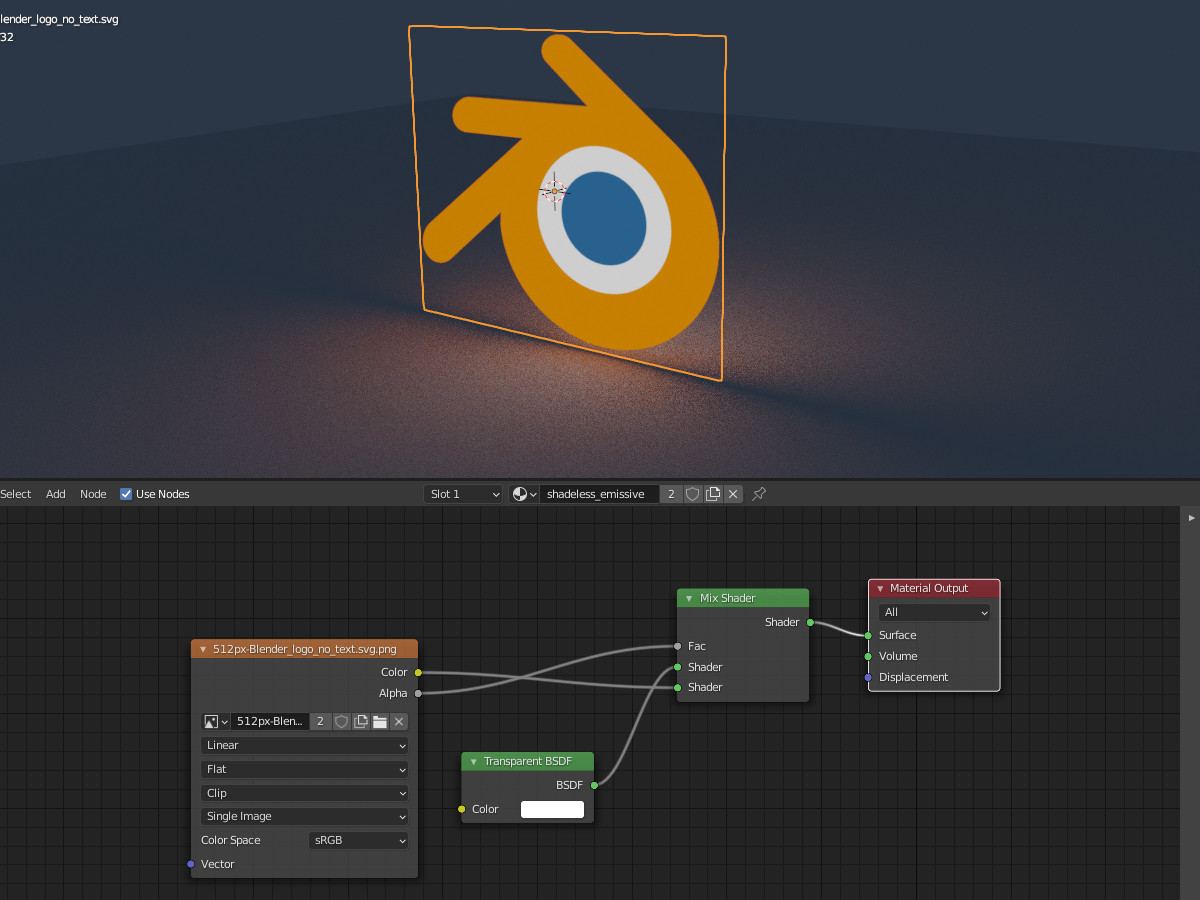 If you don't want that, you could multiply the Alpha channel with the Is Camera Ray channel of a Light Paths node: 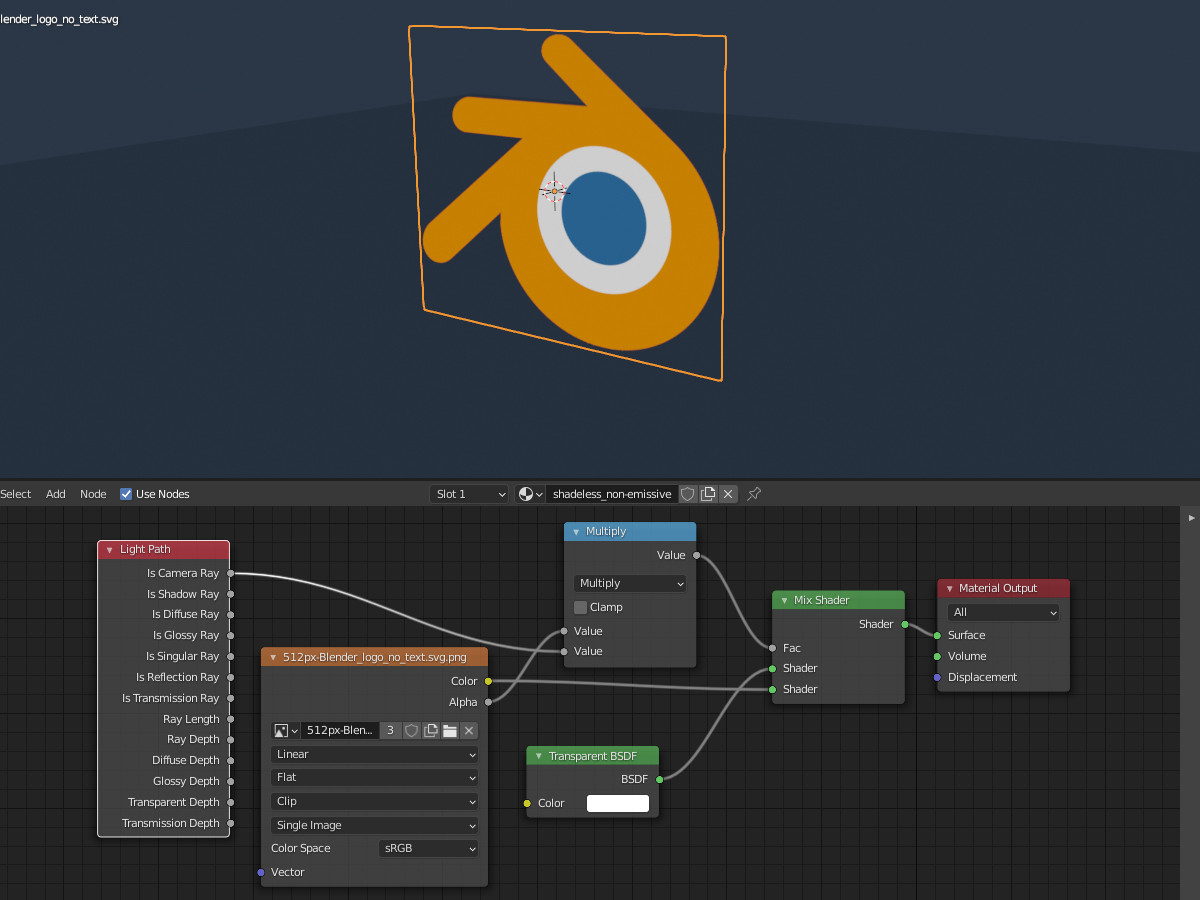 And if you now want to control/modify how transparent the image is, you can easily multiply the Alpha channel (or the already manipulated Alpha) by a value < 1 because it's a black and white mask and this makes the white darker i.e. more transparent. Or you can also use a Color Ramp to manipulate the black and white areas. 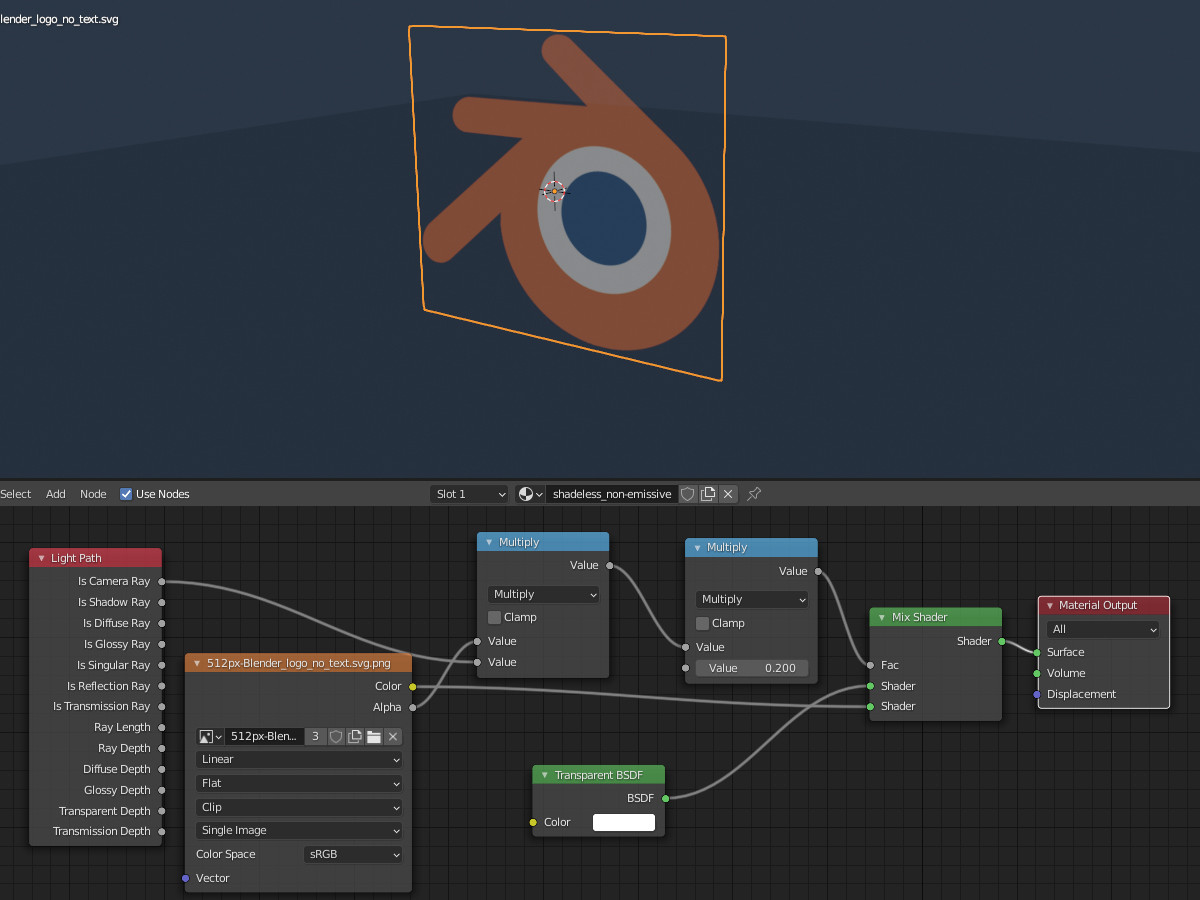 I know, this is getting a little more complex now, but playing around with nodes can help you make things maybe more understandable and you learn what you can do with them. The difference with my setup to the original IAP SHADELESS group is, my image doesn't throw a shadow now. To alter this, you could plug the Alpha of the image into a Invert node and then into the Transparency BSDF. 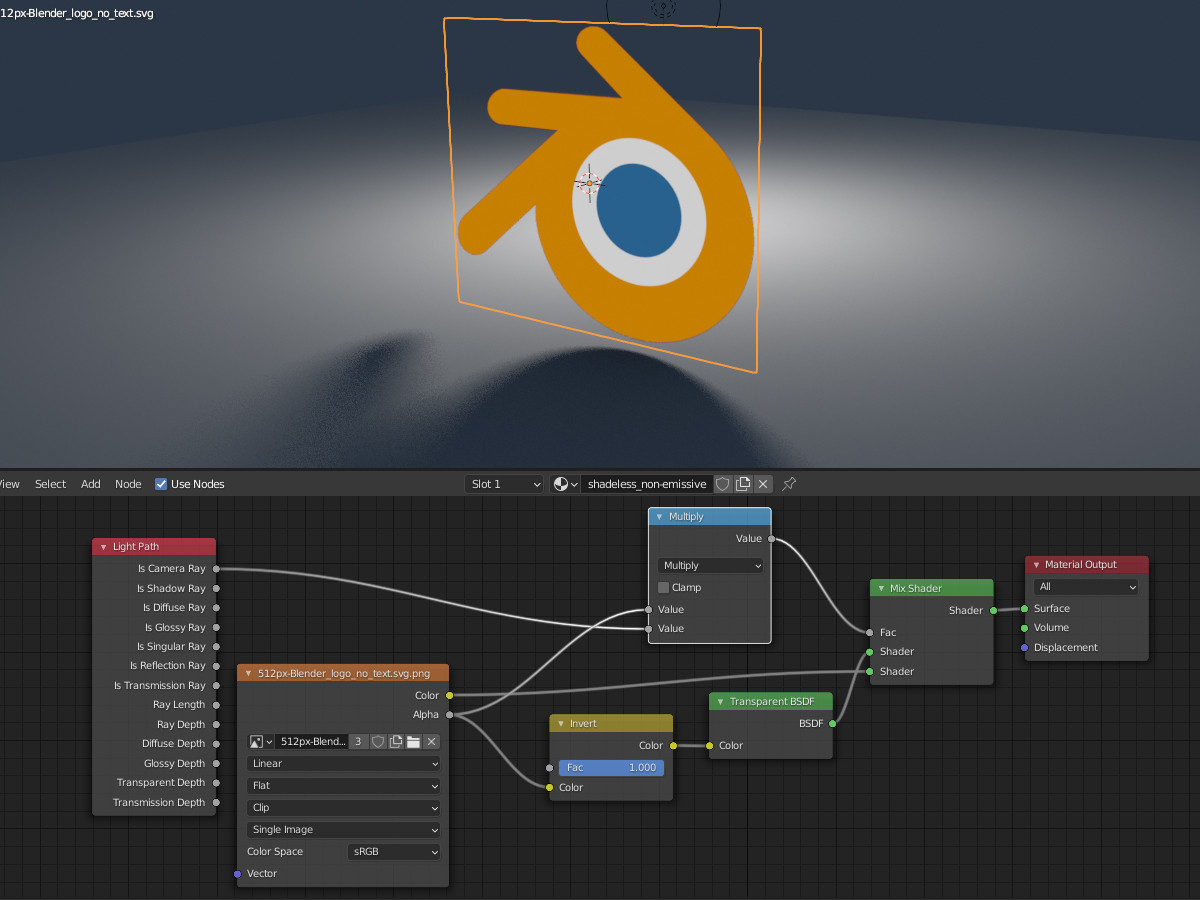 As aforementioned, to make the image more transparent you could multiply the Alpha with a value < 1. To make this work with a shadow, you put this Multiply node before the one that's bringing the Is Camera Ray in, otherwise the shadow won't show up. 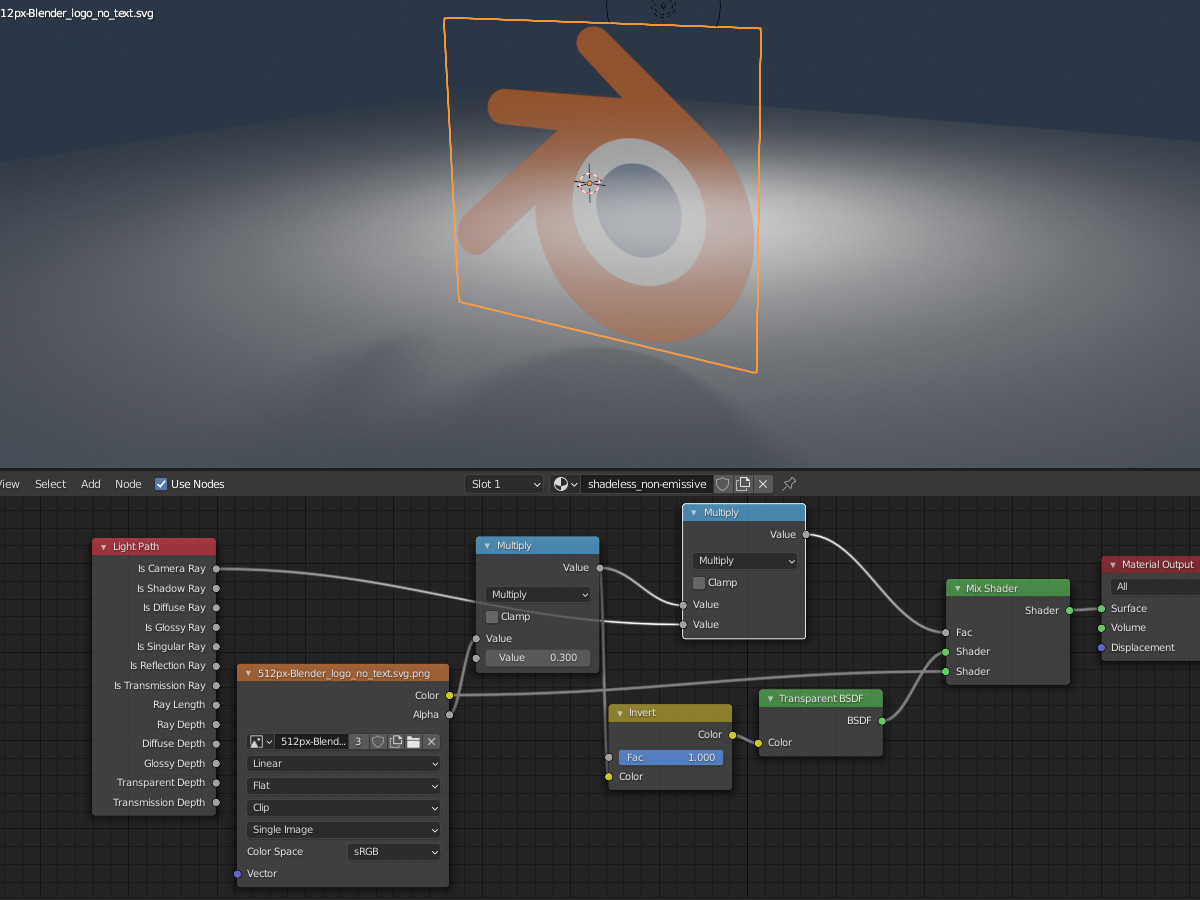 But in this case the image will be not exactly as transparent as in the version without the shadow. To achieve this, it's better to control the overall Alpha with another Mix Shader and a second Transparent BSDF to modify or reduce the full opacity coming from the first Mix Shader. The difference might look subtle in these screenshots, but they are not the same and depending on the settings this might turn out more ore less visible / annoying. 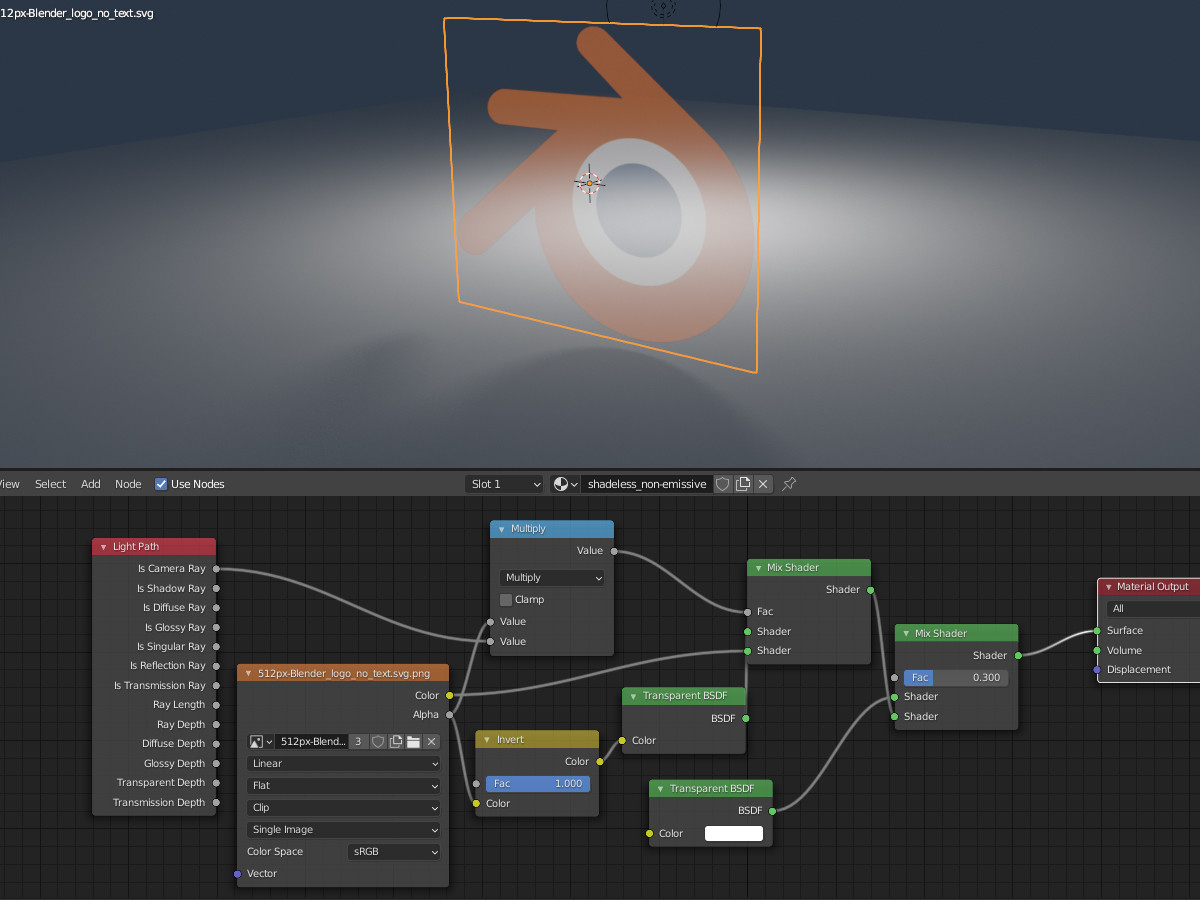 I'm sorry this is quite a lot but as I said, you can always learn from mixing nodes and observing what they do. In the end you could even put them all in a group so that you have your own custom group for these kind of things.

2
Cycles Render bake over texture with transparency
2
Partial transparency on object?
2
Why isn't this object becoming transparent in the render?
1
Rendering depth of field through transparent objects in blender render
0
How to make semitransparency on an image plane of a 2D png in v2.8?
0
Blender 2.8 simple approach to overlaying dirt?
0
Why is the transparency on my particles not working once exported to Godot?
1
Making a smooth transition from full alpha opacity to full transparency
0
How do I properly use an alpha texture to create variable transparency areas on a surface?