Stuck at the "Part 5, Level 1: Sculpting", where Andrew works on the fixing the Icing droplets

Hello good people around here! So I was following the "Part 5, Level 1: Sculpting" section of the Donut Tutorial by Blender Guru, where Andrew basically grabs a singular vertex of an Icing and fixes it, but making the droplets hug the donut without any form of clipping. But when I tried to do so exactly how he did it, instead of the entire droplet hugging the donut, only one side of the icing touched the dounut.. but Worse, the vertices of the droplets got stuck with the donut in a horrifying manner. And The Worst of all.. the Vertices of the droplets got clipped inside the Donut and got all messed up. The more you try to make the Icing Droplet hug the donut, the more messed up the vertices get. :(((((((

Can Anyone help me out regarding where am I doing wrong? Thanks in advance~ ^-^ 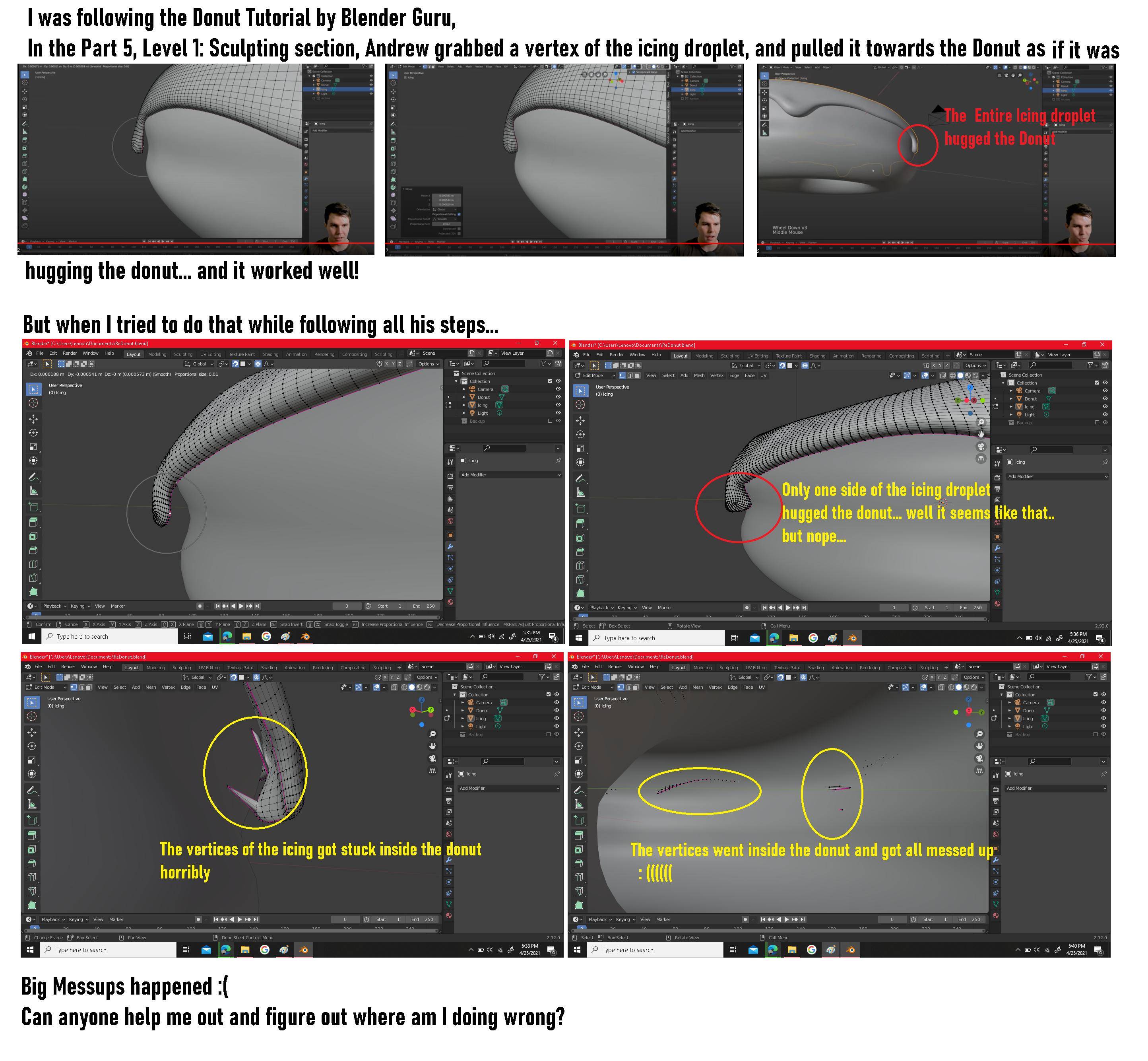 I don't know what process you used, but here's the proper way to do it: