I have built tubes by Bezier Curve, converting to mesh, and adding solidify modifier. I want concentric tubes now. I could not directly scale the duplicated tube, which will cause it to be not concentric (as shown on the left in the Figure 1).

I have been able to duplicate the Bezier Curve and go through the process and add thicker layer (on the right of Figure 1) to make concentric tubes. But there seems to be a little gaps between the outer tube and the inner one. However, this process will not work for dynamic tubes, especially when they change locations.

Figure 2, I tried using curve modifier, but only can move or rotate it or a little shrinkage. I think I need subdivisions on the cylinders, right?

Figure 3(left), Later, I tried more subdivisions, which works good for one cylinder, but not for concentric cylinders joined together. Even I also set subdivisions for the inner cylinder. Figure 3(right) using array modifier to elongate the cylinders and join them, add curve modifier, and separate them by loose parts. Make sure the origins of the cylinders and the curves at the same spot. 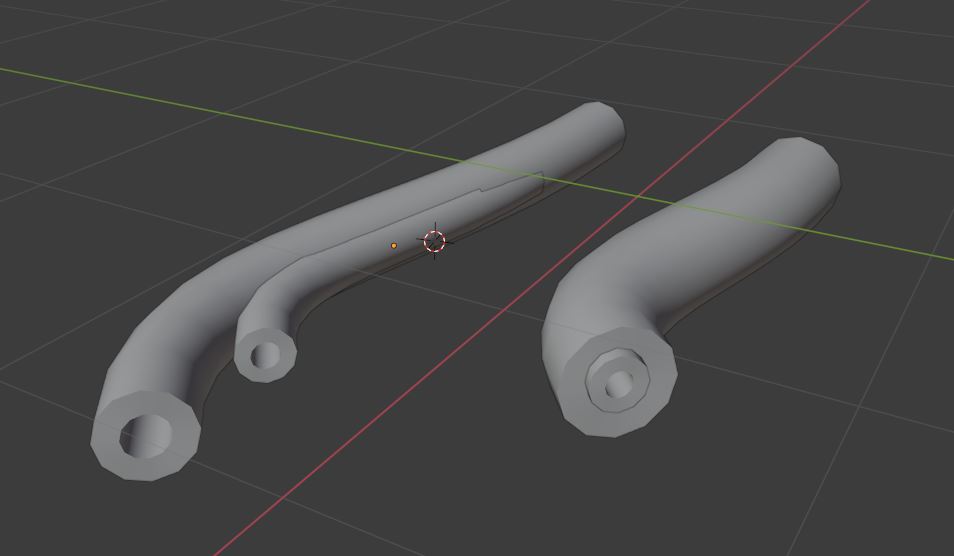 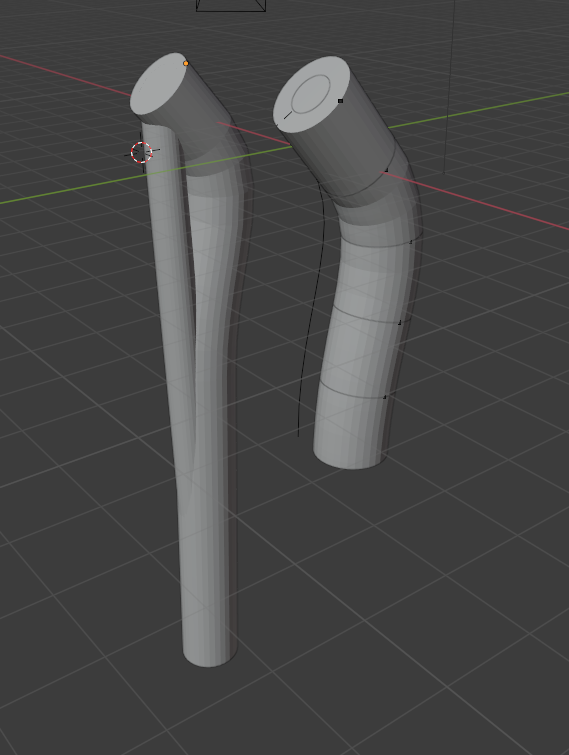 I say you try this as a solution:

Add a cylinder. Delete the top and bottom faces of it. Give it a solidify modifier. Duplicate it and scale it down by locking the Z axis until it's boundaries fit in the inner boundaries of the biger cylinder. 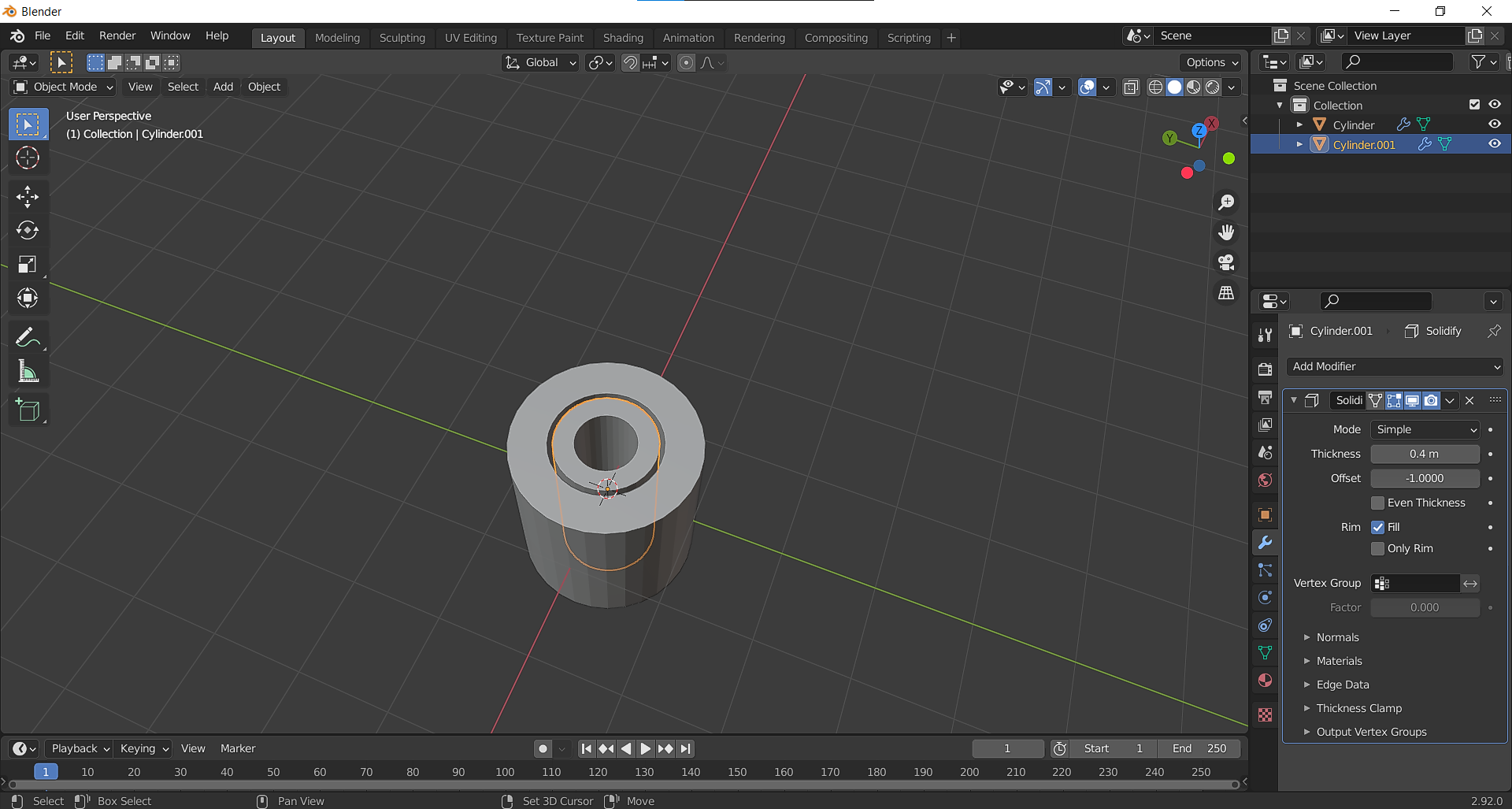 Once you are happy with the thickness and scale apply the solidify modifier. And then hit Ctrl+A to apply scale on both the objects. Then select both of them and hit Ctrl+J to join. Then rotate them along the X axis by 90 degrees. Then go to Object>Set Origin>Origin to Geometry. Then apply the rotation. Then add in an array modifier. Set the X and Z offset to 0 and the Y offset to 1. The count on the Array Modifier will change the lenght of your object. Then add in a path. 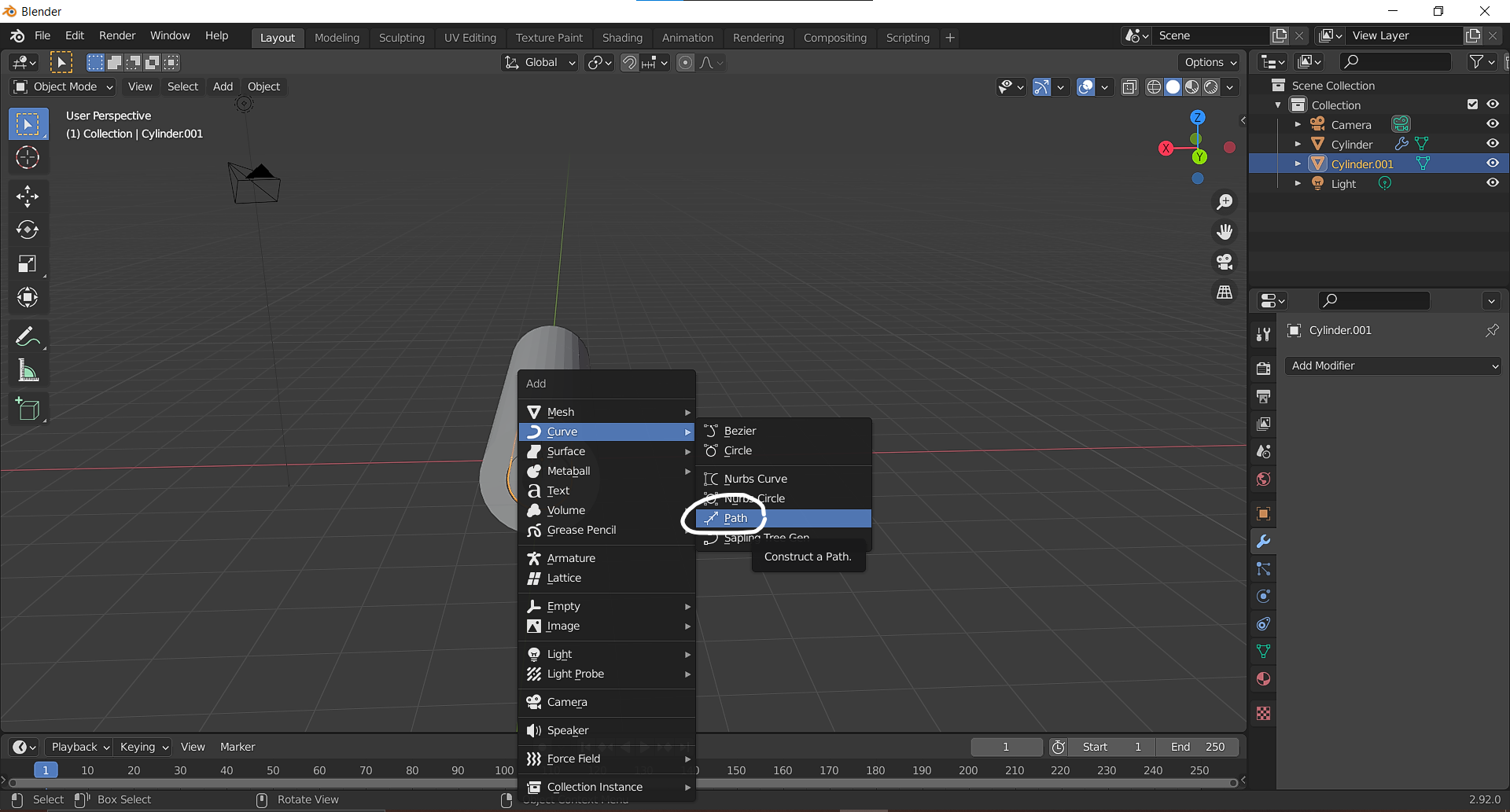 Rotate the curve on the Z axis by -270 degrees. Then add in a curve modifier on your object and select that path. Then scale that path to be as long as your object. Now if you go into edit mode on your path you can play with the verticies of your path and your mesh will be deformed. 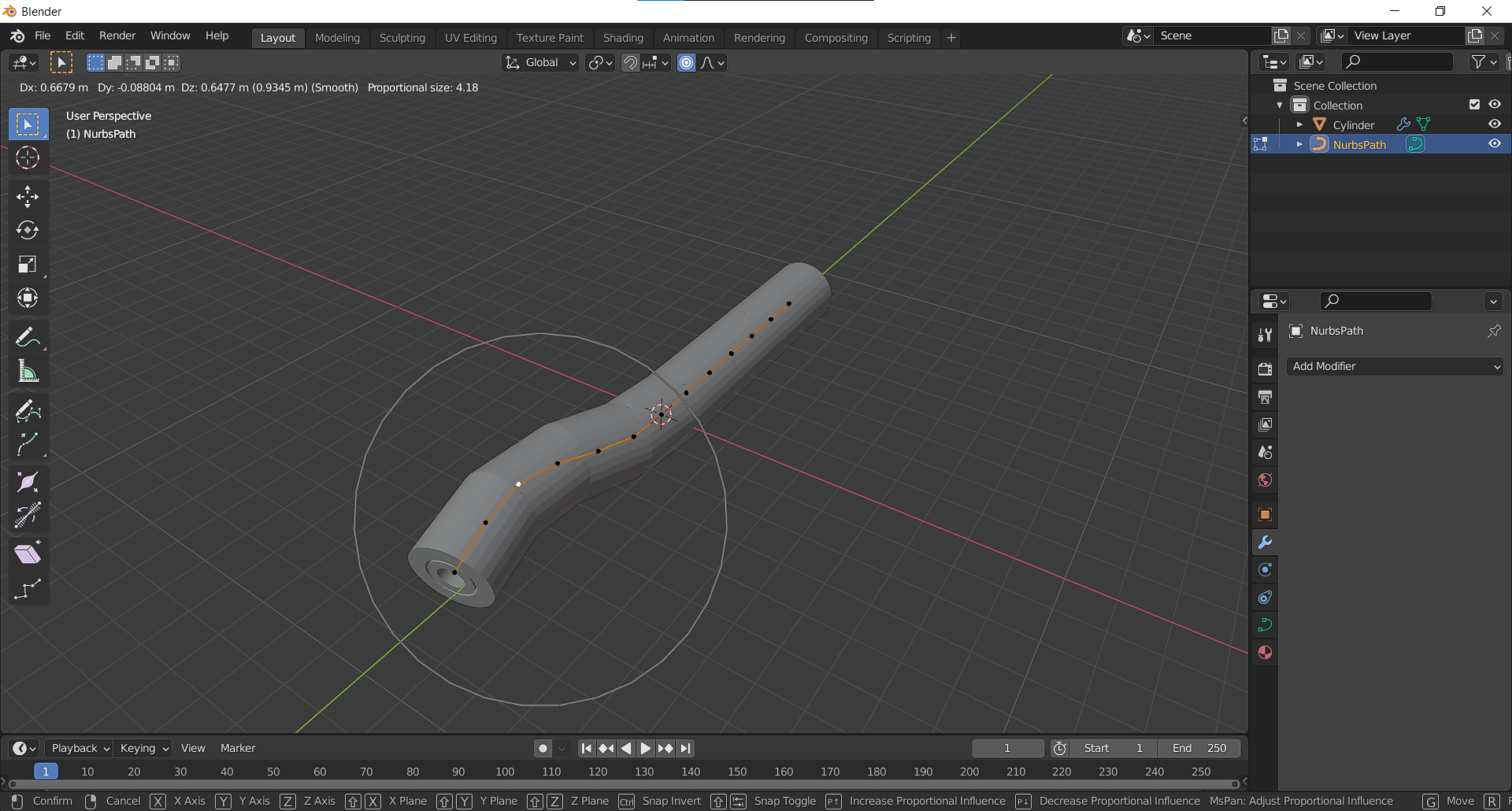 Not the answer you're looking for? Browse other questions tagged modeling modifiers scale or ask your own question.

3
Set origin in modifier-stack
0
How can you edit simple tubes?
0
Boolean + Subdivision Modifier: How to cut a perfect round hole?
0
Why is mesh reacting weirdly when adding a Solidify modifier or smooth shading?
1
Bezier curve taper not working
1
What is the key for the curve modifier to work properly?
0
Why is the object not moving along the curve path?
0
Boolean modifier difference between curved objects not working well