Shader output as factor input for other shader nodes

A bit new to shader nodes so may be a dumb question.... Render engine is Cycles but same issue with Eevee.

I am using a Glossy BSDF node to generate the reflection window on a dome.

Plugged straight into the Material output I have a nice grey scale on the surface with window as expected:- 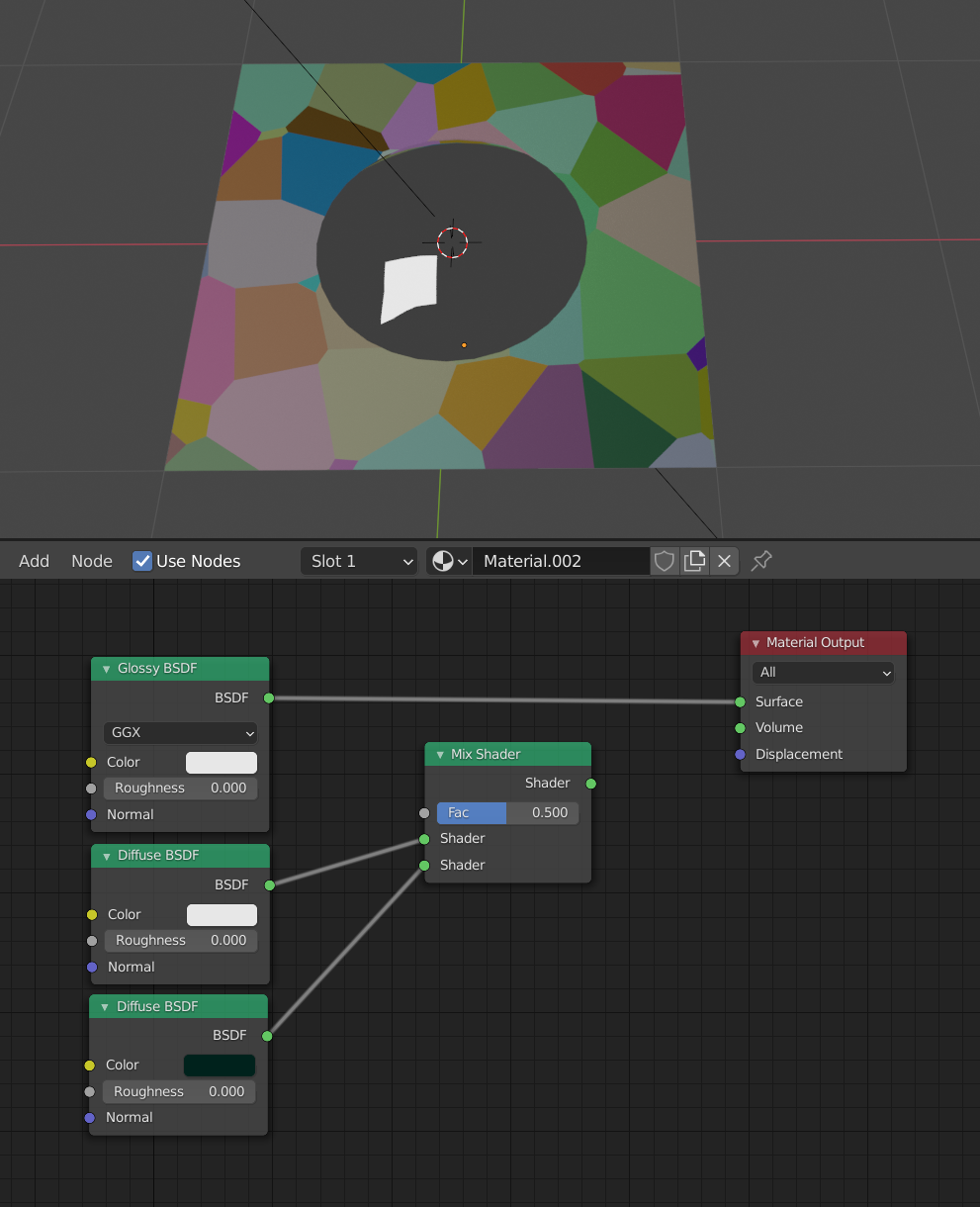 The plan was to then plug it into the factor input of another shader but not working as I had expected:-

Simplified to show the issue, I have a mix shader with two different color inputs and have plugged in the output of the glossy shader into the factor expecting this to mix shading of the colors ie reflective window mostly color 1 and the rest of the dome color 2. This is what I get:- 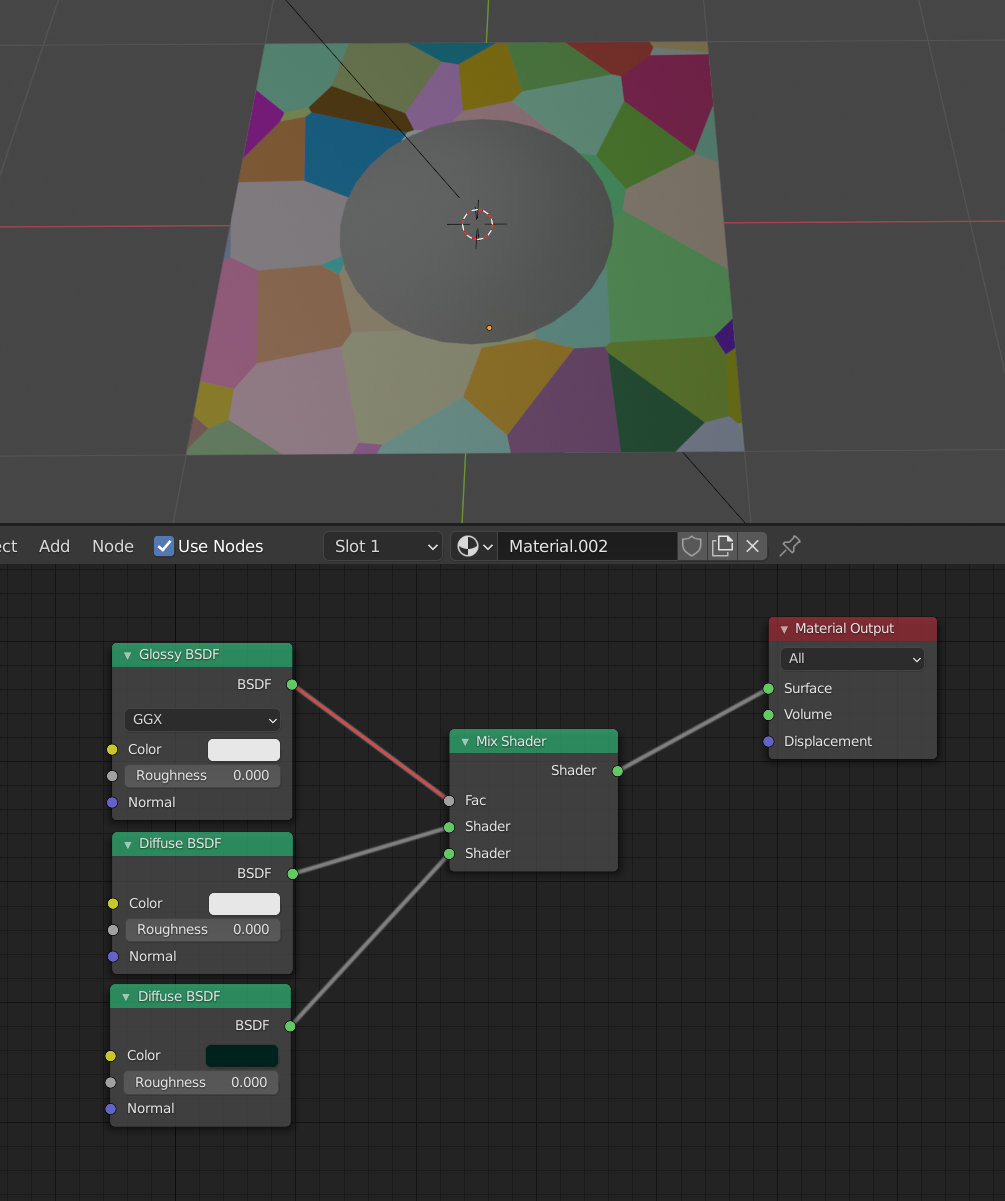 Understand that I am plugging color into factor but have read that this can be done as it uses brightness. Also tried putting it through the RGB to BW node but no difference. 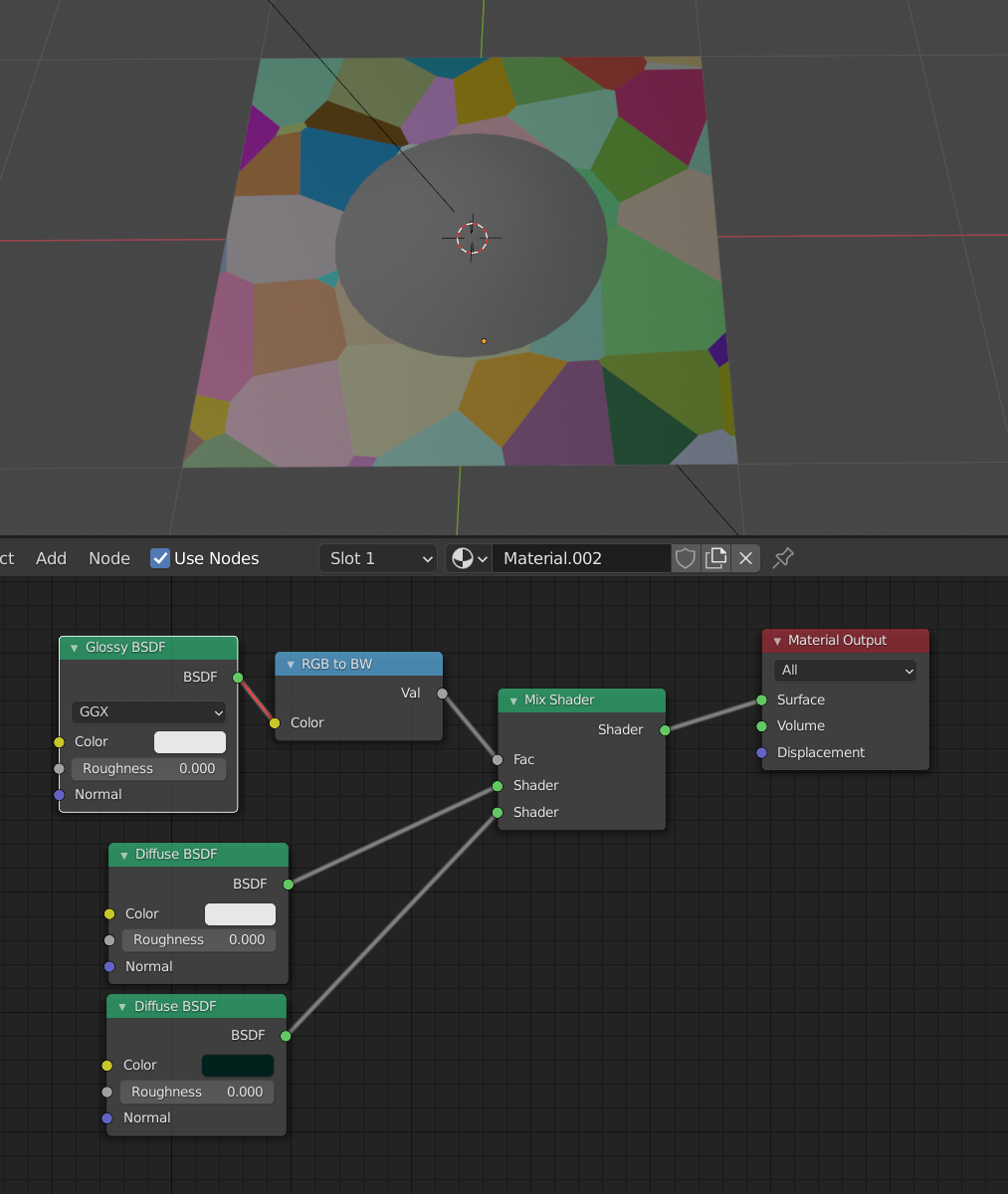 To see output of the BW conversion I tried plugging that straight into the output. Color is inverted but window is lost so looks like more of the same problem. 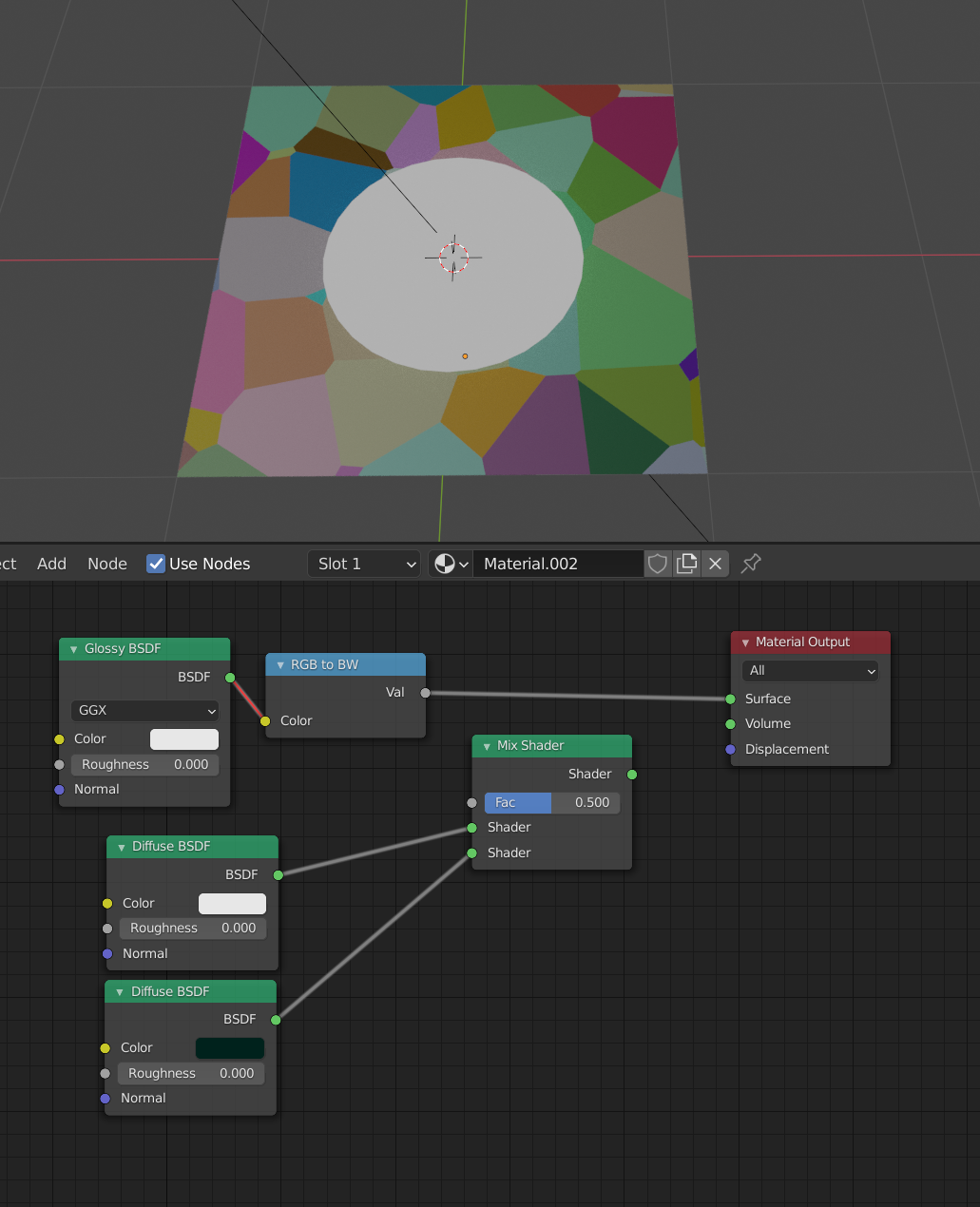 Obviously I am misunderstanding how this works? Any tips?

Answer: Wasn't working as you can't plug BSDF into Color (rookie error). I have fixed the problem (getting reflection and nice clear transmission by mixing a Transparency shader with Principled shader. The Principled shader provides the reflection (which Transparency does not) and the Transparency shader gives a nice clear view through the glass without the thousands of passes needed for clear transmission. Only missing the distortion that comes from refraction but an OK compromise for my purposes. 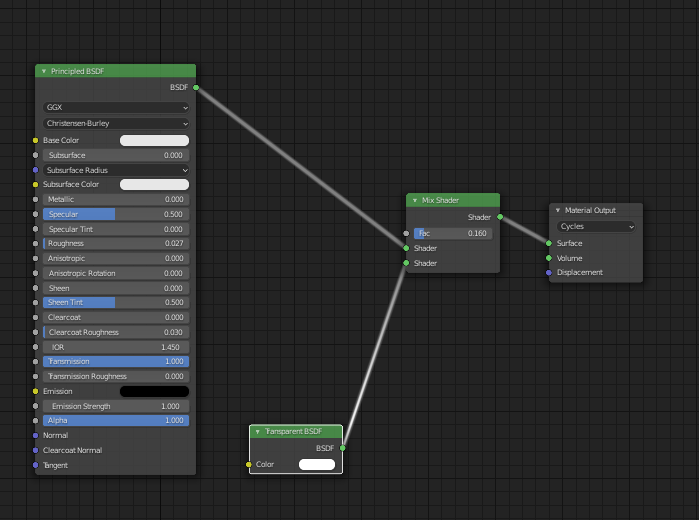 Not the answer you're looking for? Browse other questions tagged cycles-render-engine shader-nodes or ask your own question.