I’m trying to create a sun disk with a halo in the same shader. However, mixing the two shaders has been a failure. At the edge of the sun disk, where the opacity decreases gradually, we can see the background behind the sun halo in red. Yet, that part of the halo at that position is completely opaque. I know the cause of the problem, but I don’t figure out a solution to replace any transparent value from the sun disk by the value of the halo. It appears that blending the two shaders that way takes a part of the opacity from the sun disk and blends it with the background instead of replacing it with the other shader.

Here’s the shader below for the problematic version. 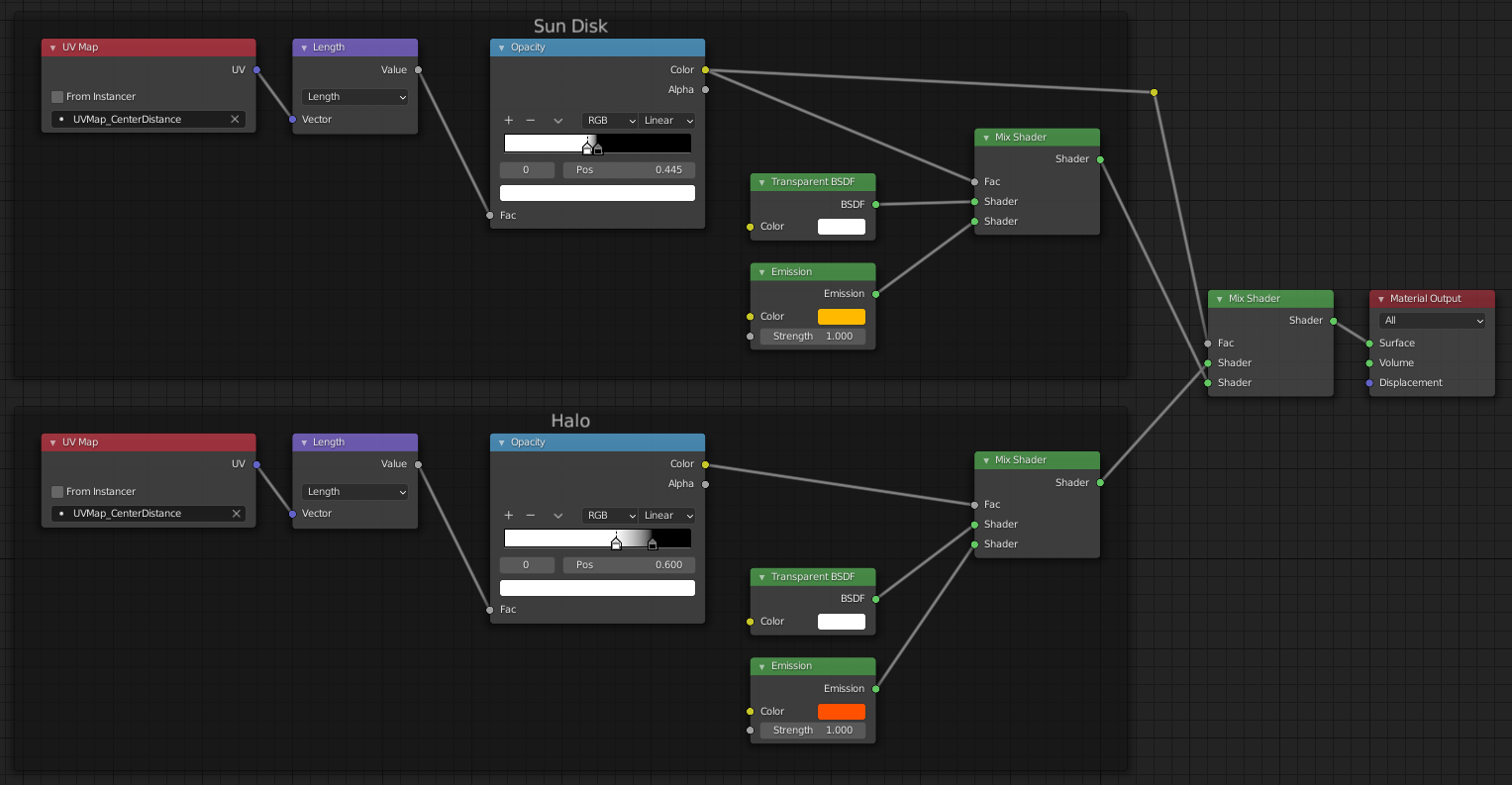 The goal is to reproduce the same blending process with opacity, but in the same shader (or material).

I placed a checker board behind the sun in the render test to clarify the problem at the edge of the sun disk. 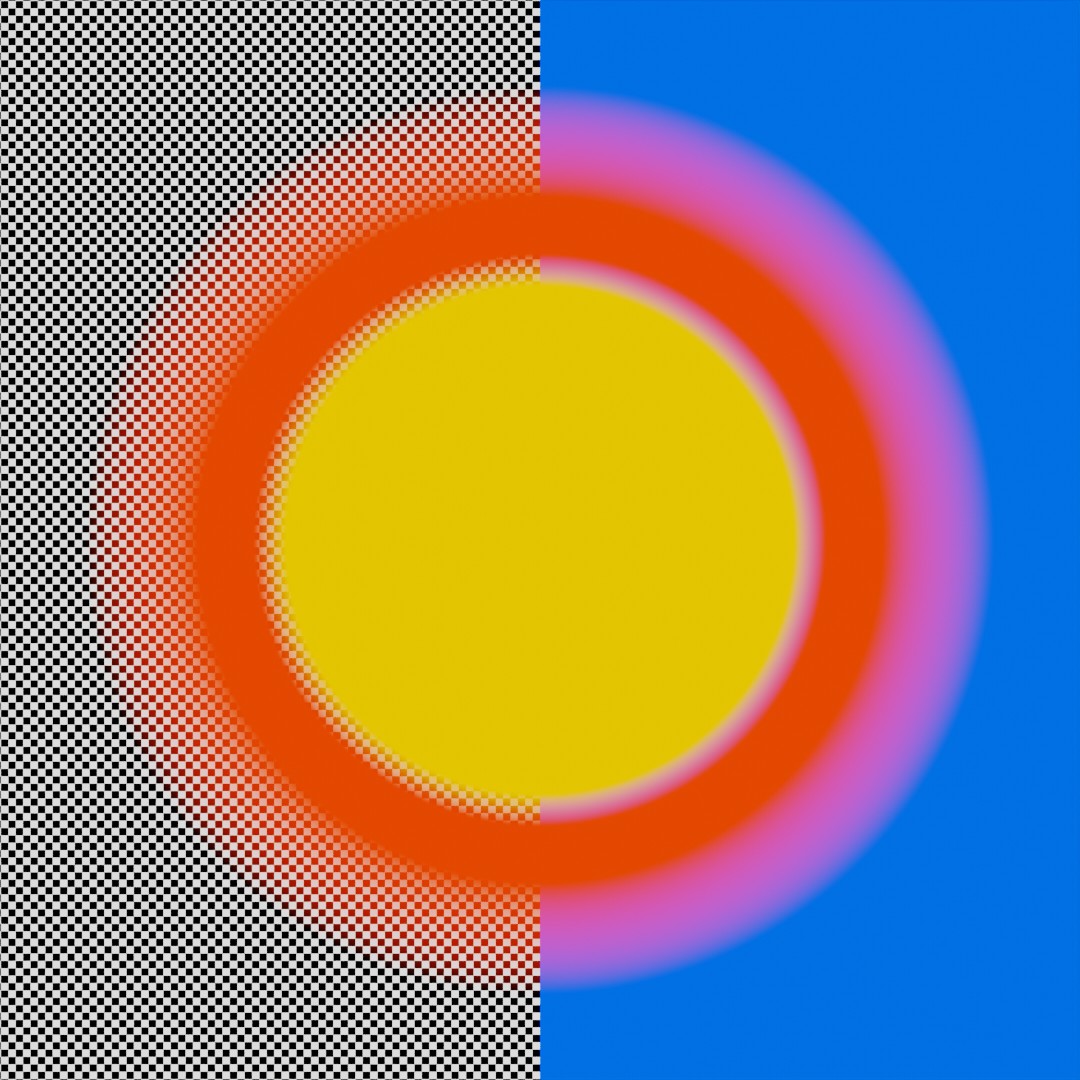 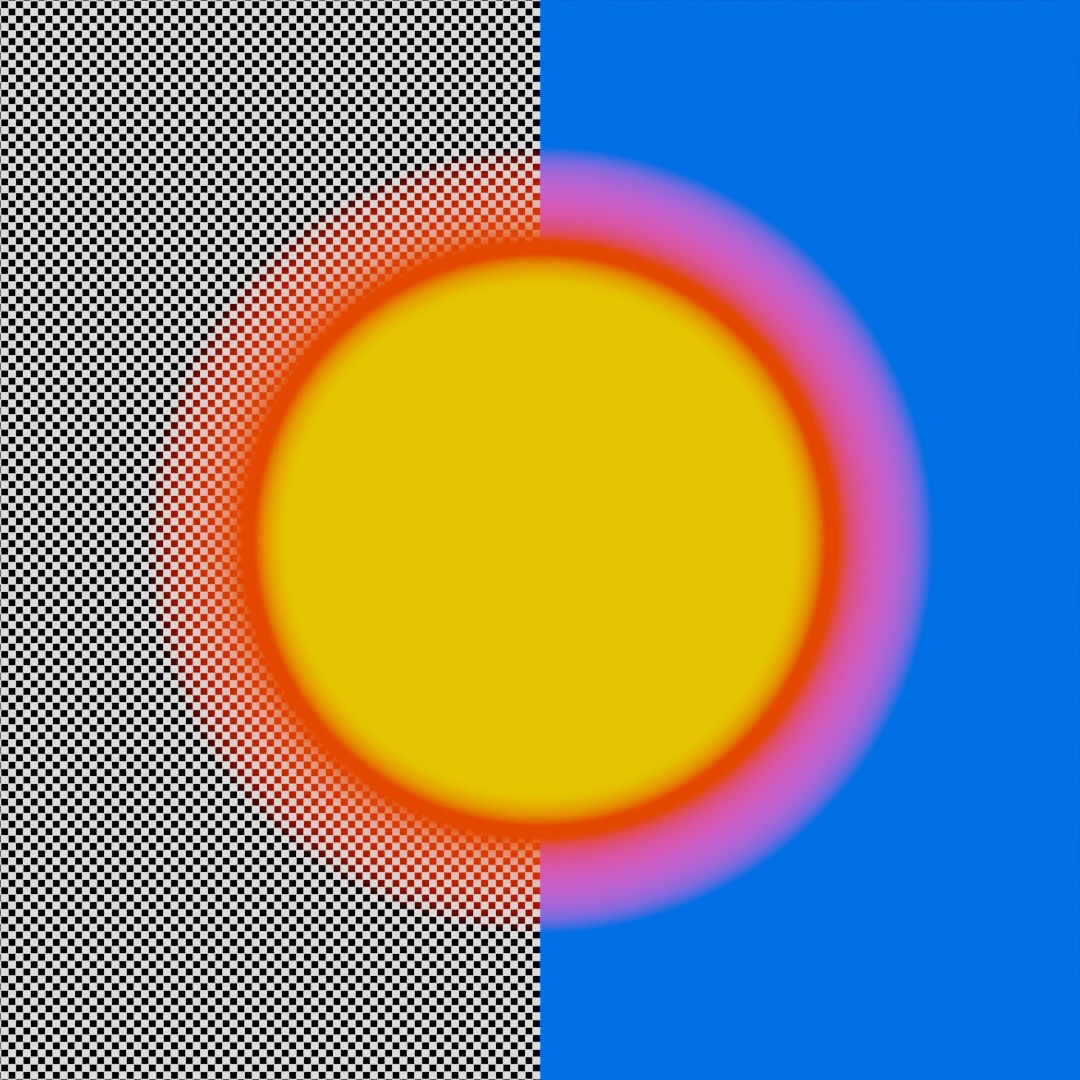 How would you mix the two shaders in one material to achieve the result of the second screenshot? In other words, to replicate the same result as the blend result of two planes with transparency.

Thank you for the solution. I experimented with your solution. It’s not the exact solution I was looking for, but it still gives an interesting result for certain things.

At the moment, the best solution for me is to use two planes layered closely and have each shader on each plane. The difference is still relatively small. There are certain things that really need to be exact. The transparency aspect doesn’t appear exactly the same way, which creates an offset in the colors because of the background color replacing the transparency of the top shader. I also got this issue for the original project I was working on.

For everyone’s benefit, here’s the modified shader based on what I understood from your solution. 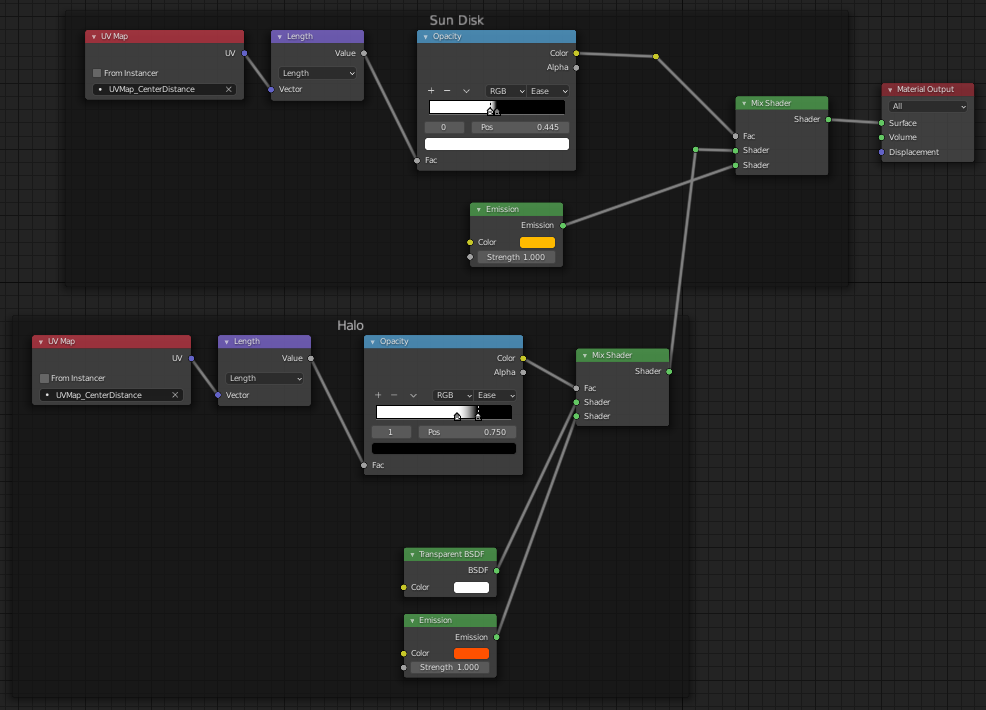 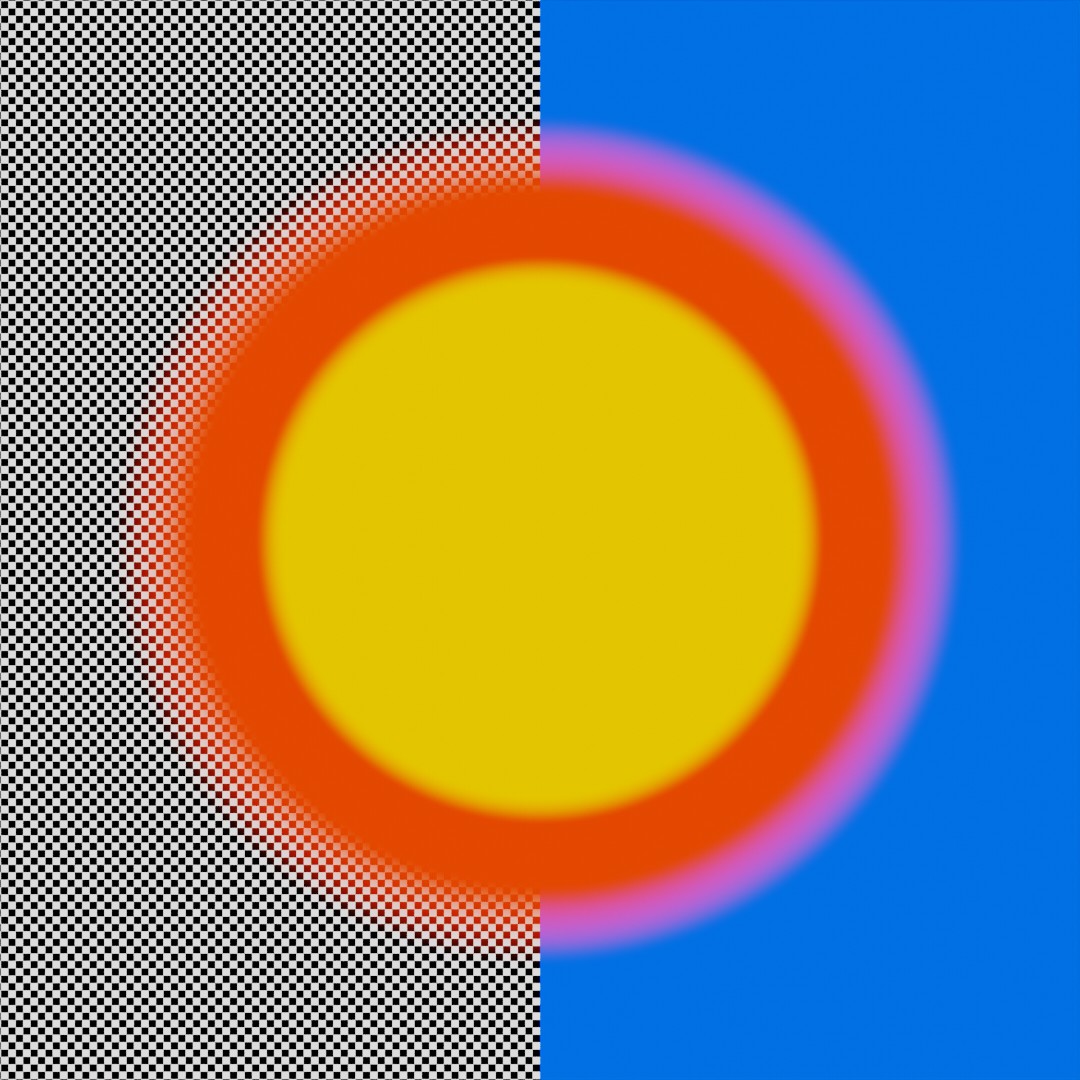 Not the answer you're looking for? Browse other questions tagged materials shaders transparency blend-modes or ask your own question.

13
How to get additive blending in cycles?
1
Weird static-y appearance of object
1
Multiple textures on a surface - transparency problems
1
Screen one shader onto another?
2
Transparent BSDF cause noise in depth layer
0
Problem mixing image with shaders
4
Apply a texture and a toon shader at the same time
1
How to make a simple plane slightly transparent?
0
Blender compositor: problem with saving/previewing semi-transparent pictures