I have a problem where no matter what I do Blender utilizes my CPU instead of my selected GPU.

I have a fairly older CPU and a much stronger newer GPU - RTX 2060, that's why I want to utilize it.

I tried everything but I can not find the solution. I am using Blender 2.92 I enabled CUDA ( Also tried OptiX - did not work) in my preferences, checked the compatibility and selected my GPU. Cycles is selected with GPU compute I tried reinstalling blender several time with no change. No matter what I change whenever I try to render a liquid simulation for example, my CPU usage is 100% and my GPU is 0%.

I have no idea what else to do.

EDIT 1: Checked again in task manager specifically CUDA and not general GPU and it remains at 0%

EDIT 2: Problem was, I'm just stupid and did not realise you exclusively use CPU for physics.

It might be that you looking the performance of integrated gpu, that's why it shows 0%. In task manager make sure you are looking the stats of your dedicated gpu. Also change graph to cuda 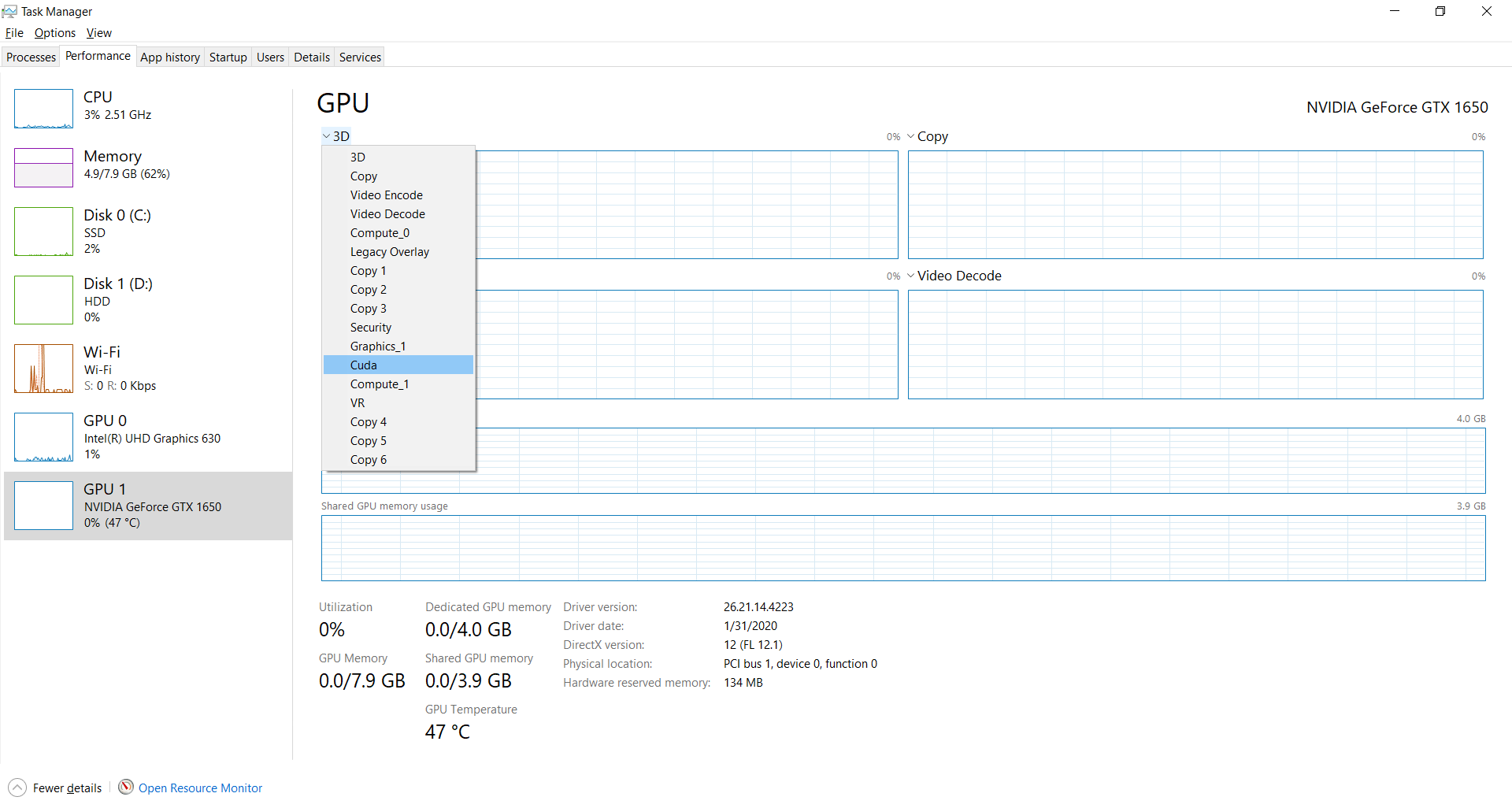 Got almost the same situation. Thanks for the Task Manager tip. But I have to say that A GeForce RTX 2060 is really good when video editing with DaVinci Resolve, but Blender is nothing faster now comared with my old PNY Nvidia K4000 GPU. It's very disapointing

Not the answer you're looking for? Browse other questions tagged rendering gpu or ask your own question.