I've been following an explosion tutorial. Blender's quick smoke results are very impressive but I'm trying to mimic artillery explosions I've seen on youtube in several places. In particular, I've noticed that the blender quick smoke simulation seems to put smoke first and has a rounded outer edge rather than ragged, spiky flame. I've experimented a little and, even with high particle velocities, the outer puffs of smoke look a bit like fragments of cauliflower or broccoli. Here's my explosion: 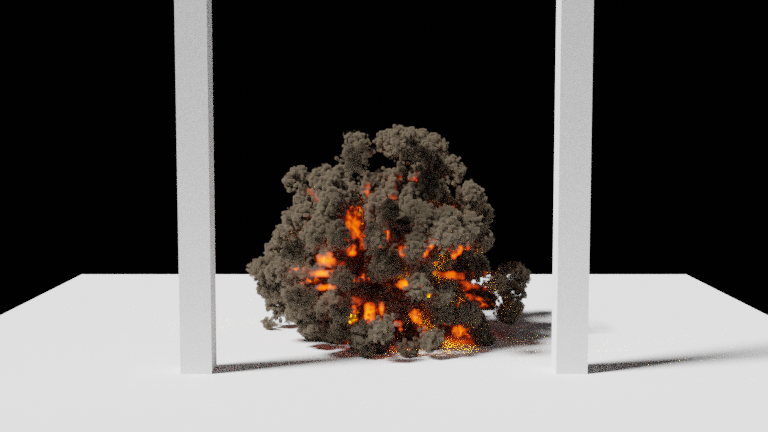 Having carefully studied that second video I linked above, I've identified these distinct stages, the first of which is not provided by the Blender quick smoke simulation:

Stage 1: Extremely fast, bright, symmetrical initial flash of flame, like a white-hot blob of plasma with spiky outer edge. Dust instantly kicked up from ground for some distance (fast shock-wave? vibrations passing through the earth?) 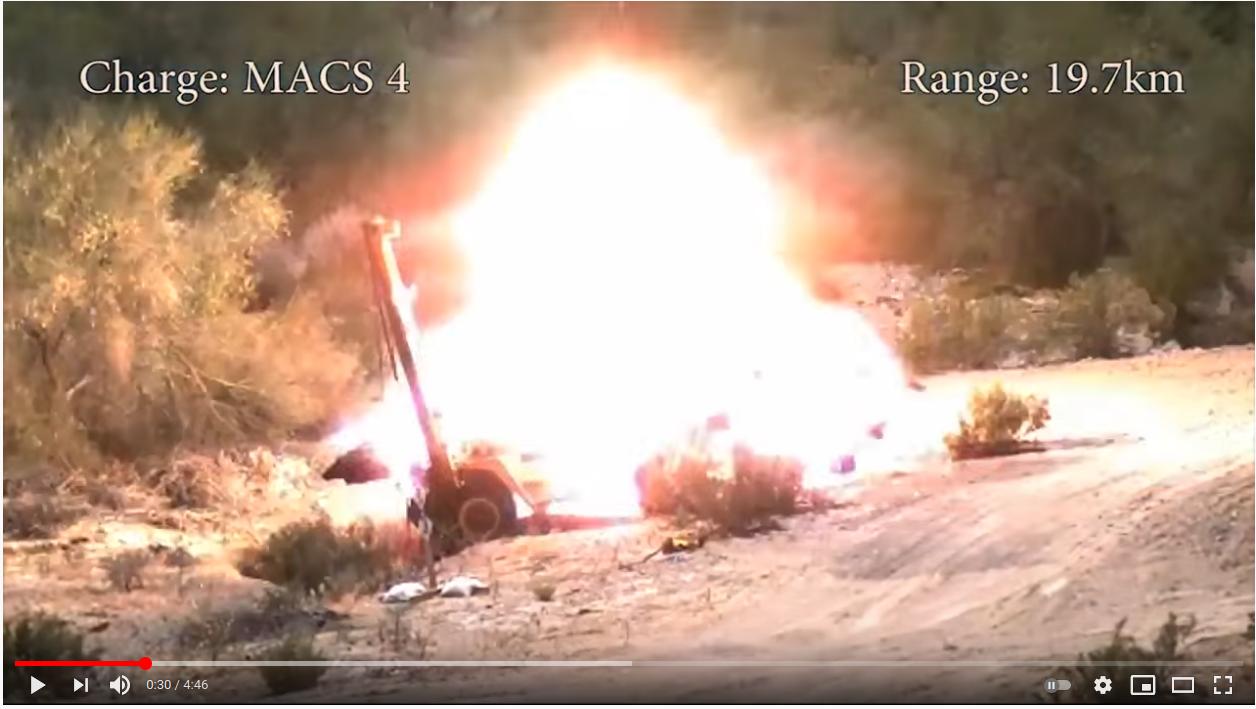 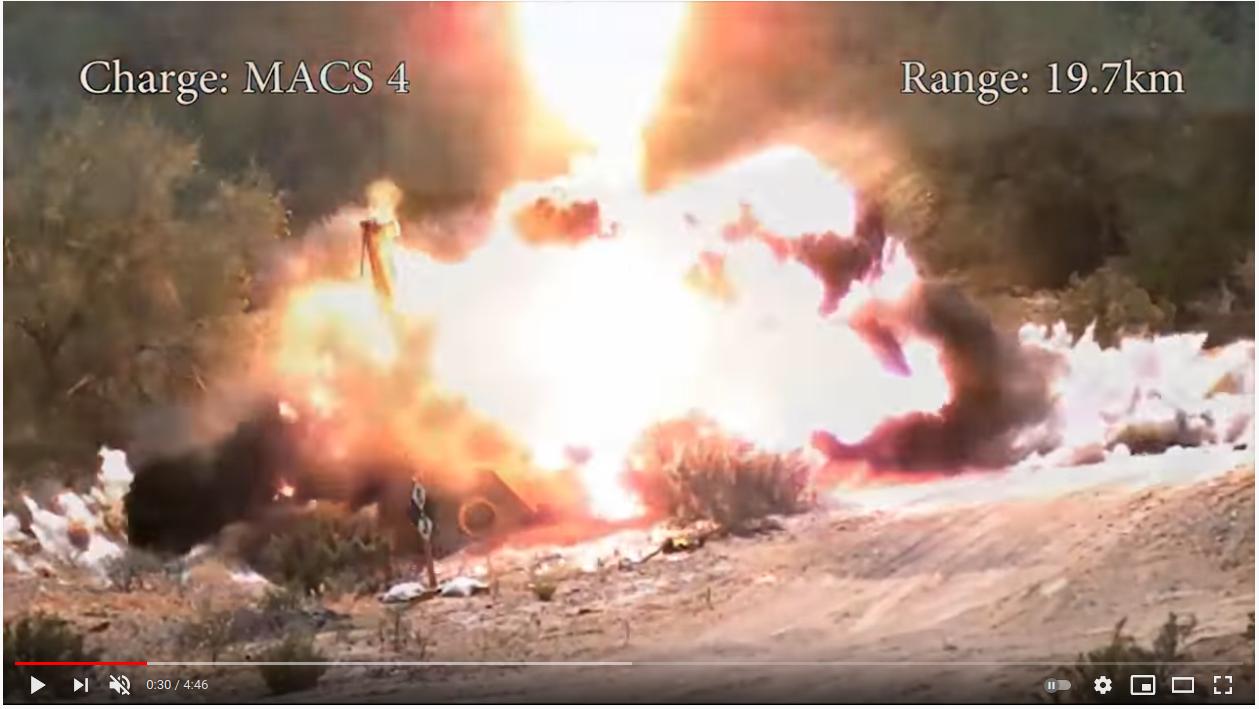 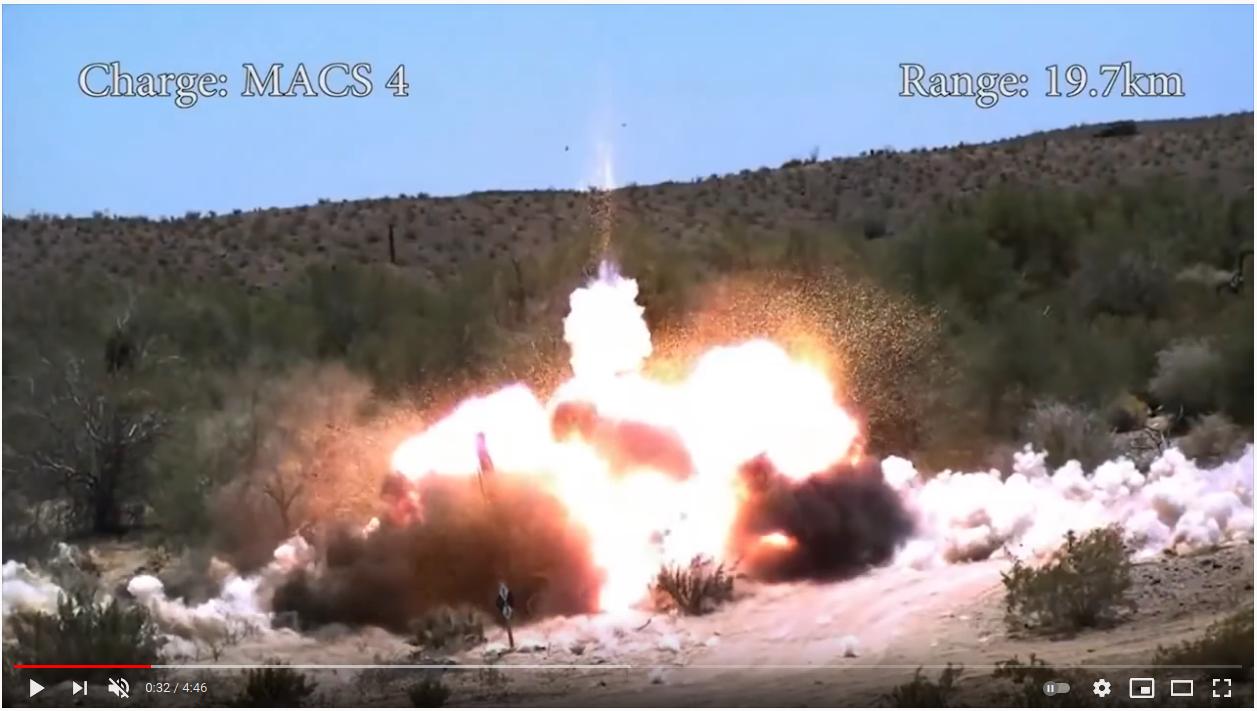 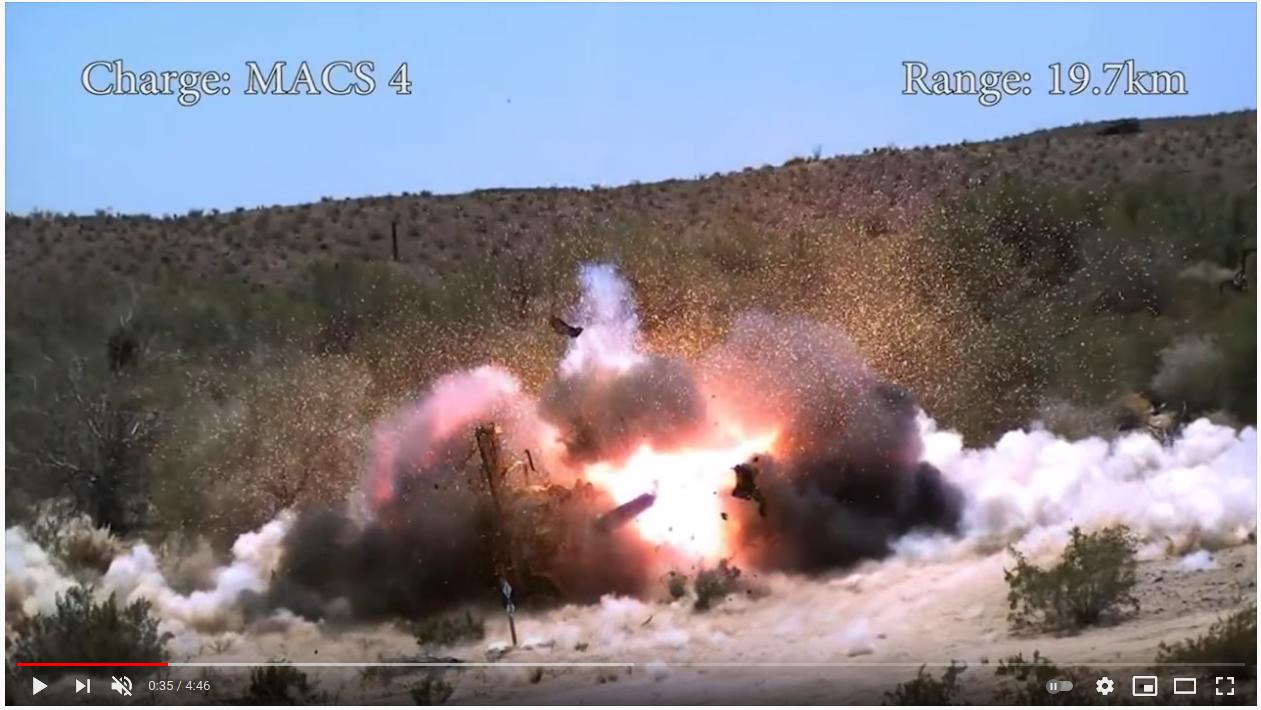 QUESTIONS: It looks like I'll need to do some kind of combination of two explosions but I'm confused about some things:

Any assistance would be much appreciated!

Why create a plane below the explosion and then on the physics tab choose collision? Why is this necessary? What does it do?

The plane below the explosion will prevent explosion products (ie, the smoke and flames) as well as particles from moving below the floor. (As commented by @vklidu the 'ground collider' doesn't need to be flat if the ground is uneven - for more realistic ground collision - or, if flat, you can actually use the boundary of the domain itself.)

When you select some emitter and add object->quick effects->quick smoke, does this generate smoke from all the particles emitted inside its domain volume? Is it possible to have one domain nested inside another and each of the two smoke domains connected to different, non overlapping particle emitters?

By default, the smoke domain will act on all smoke emitters and effectors. However, within the Domain properties there is a Collections setting that lets you set the Collection used for Flow and Effectors. Leaving these blank will use all Flow and Effectors in the scene for this Domain. However, setting it to a specific Collection will restrict it to using only that Collection.

Note that if you have multiple domains you should ensure that they are at slightly differing locations/scales so as to avoid z-fighting issues at their boundary faces.

Does a quick smoke+fire simulation act as a light source? In my picture here, the shadows of the two columns are totally unaffected by the explosion. I'm hoping to render a night scene where the explosion is the only source of light. If I need to create a light source inside my explosion, it should clearly be a point light source. How would I make the intensity and size of this light change over time?

This depends on your render engine. For Cycles, yes - it will act as a light source by default. For Eevee you need to enable volumetric emission by way of the Irradiance Volume Light Probe.

Is there some way to generate random fragments/chunks flying outward that are leaving a trail of smoke? These should be pointed and not cauliflower/broccoli shaped. The space shuttle explosions come to mind.

You can model the fragments and use Rigid Body or particle system to eject them from the explosion. Making them emit smoke should leave suitable trails if you have sufficient timesteps to give sufficient precision for their velocity.

Not the answer you're looking for? Browse other questions tagged particles physics lighting smoke-simulation collision or ask your own question.

5
Problem when rendering fire and smoke in Blender Render
1
How to get glare on "Quick Smoke" (Fire & Smoke explosion)
1
Why is my cloud explosion white?
0
Flames show in viewport but not in render