How to make objects follow a ellipse? (Duplication around ellipse)

I am trying to make a Quidditch scene from Harry Potter.

So I am trying to make outer diagonal trees.

I can make "Circle" but I can not make "Ellipse". 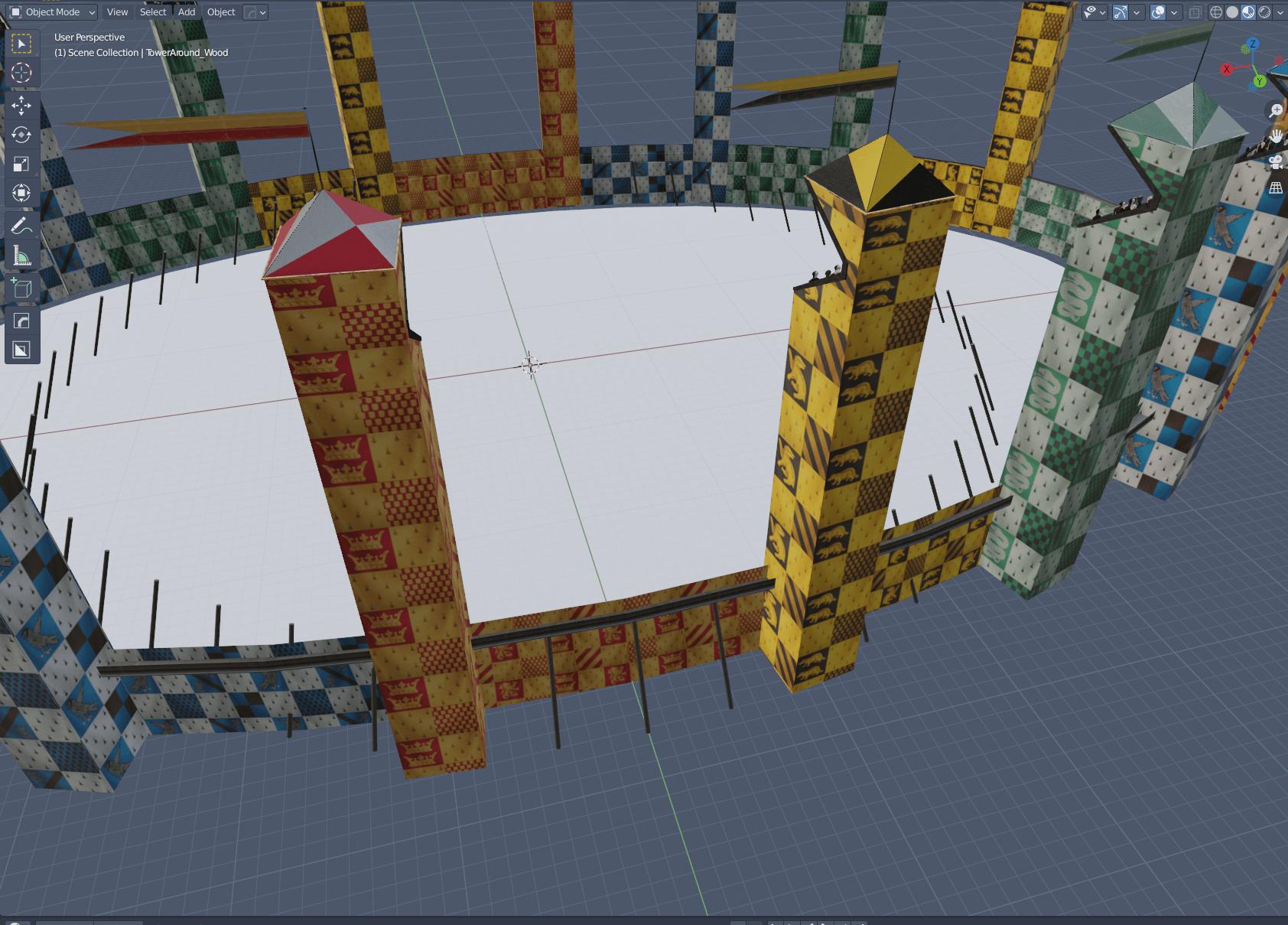 I tried to change Location, Rotation and Scale of Empty and Wood Object.

When using follow path with fixed position one end is offset factor 0.0 the other 1.0 or for a cycle this is same. Half way is 0.5 etc.

Make a tower at origin, give it a follow path constraint, using the ellipse, with fixed position and no offset factor.

And oops, make sure that scale is applied on your ellipse AltS Scale ie it has unit scale and select follow curve on constraint to have the towers aligned to ellipse.

Now duplicate the mesh and move it around the ellipse using the offset factor...... being a scripter that's too much hard work, so have written a little script to do just this. Or via UI with Shift or Alt D for duplicate linked (same mesh) or unlinked respectively. And set the offset factor for each.

A bonus here is can easily move the goal posts, in case they are not all to be equally spaced around the ellipse by adjusting the offset_factor to have them remain on the path. Picture in OP almost looks like it may 18 spots with the two pointy end towers removed. No doubt all details are well covered on the 'net. (Kudos too to J.K. Rowlings for her support of the IRC chat servers)

Create a plane, create a curve, scale the curve in Edit mode to make an ellipse, give the plane an Array and a Curve modifier with the curve as Curve Object: 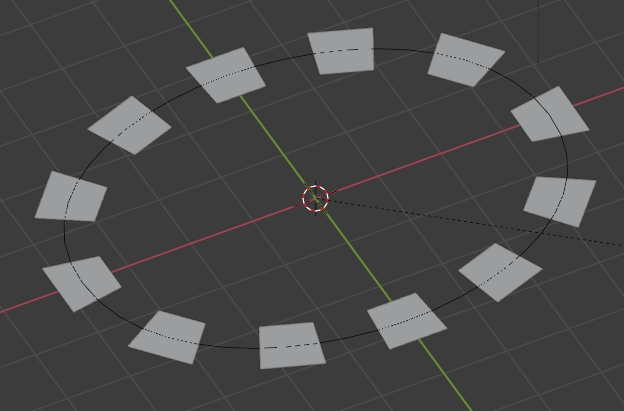 Create your tower object, parent it to the plane. Select the plane, in the Properties panel > Object > Instancing, press on Faces, your tower will duplicate around the ellipse shape: 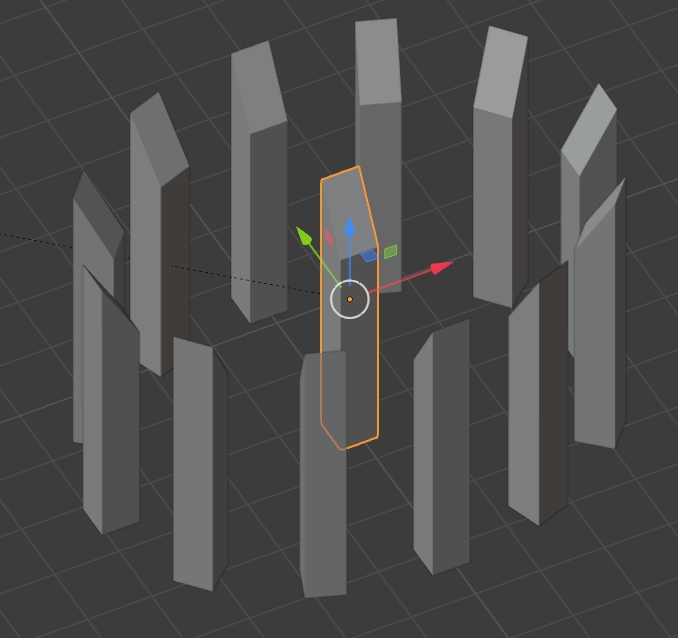 To make each instance independent, select the towers and press CtrlA > Make Instances Real. If you want them to not share the same mesh, go into the header menu > Object > Relations > Make Single User > Object & Data.

5
How can I move lots of objects on path and control it somehow?

23
A reliable way to make a brick tower
2
Multiple array modifiers and object offset rotation
4
Connect vertices where they would meet, not fill?
2
Array of 3D circles with same center, and same distance between them, but different radio
0
Issue with creating an Object Array
2
How to make an arch in a model w/o Bezier Curves and w/o adding separate objects?
0
How to rotate/duplicate a curve around another curve object in 2.8?
1
How to obtain a set of separate objects from an Array Modifier (or other method) and keep their rotation and scale?
2
Array modifier make unwanted offset