How to bake a generated texture from displace modifier to UVs

Is there any way to bake a texture that I generated for Displace modifier? Or any way to recreate it one to one in the shader editor? I need to make a few fixes (to redraw it a bit) and also use it for generating my color map. Thanks T_T

I may be wrong but it looks like there's no automatic way to bake the height map of a Displace modifier.

If your object is flat with 3D relief, you can apply the Displace, give it a black and white gradient texture on the Z axis, plug it into an Emission, create a plane above and bake the Emit.

If it's a more complicated object, Ilakya gives here a method to do it, with the Multires and Shrinkwrap modifiers:

One way to do this is with an intermediate bake. Assuming the original object is displaced by the modifier along its normals...

(Bake Type: 'Emit') Bake the positions of displaced shading-points of the modified object, in object space, by using these nodes: 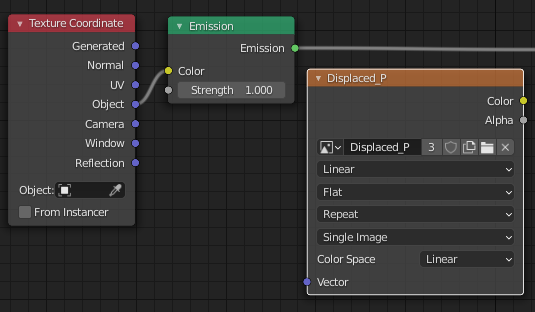 Use a floating-point format, some numbers in the next step will be negative, so OpenEXR is good. I've called my image 'Displaced_P'. 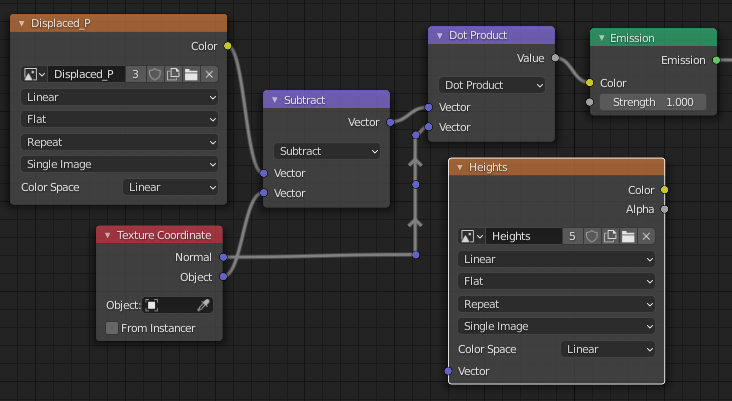 .. and bake the emitted result of that into your 'Heights' map. 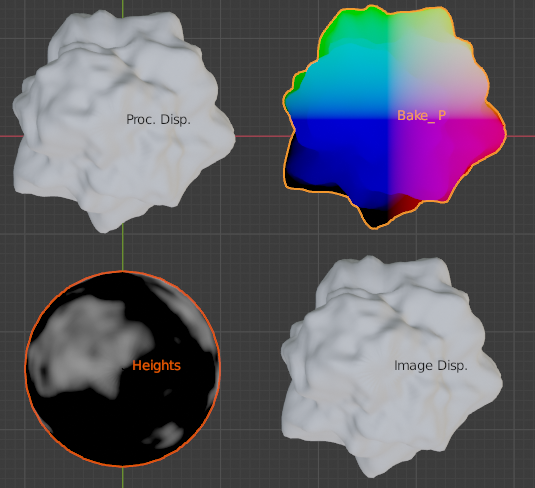 The illustration above shows:

Some of the displacements are negative, so you will have to uncheck Clamp in the 'Heights' image-texture's Texture tab > Colors panel, when you use it with the Displacement modifier.

All of this assumes the displaced object and the unmodified object share a UV map.

I haven't packed the image-textures, they're 2K, for this example.

Not the answer you're looking for? Browse other questions tagged texturing modifiers texture-baking baking or ask your own question.