Why no color in my explosion? And why doesn't cycles or eevee render smoke? Rendering problems Ubuntu 20.04/blender 2.8 or 2.9

I've been following this explosion tutorial. While I've managed to get a pretty great-looking explosion shape, it's just grayscale -- no color, even though I'm certain I've followed the shader edits very carefully. 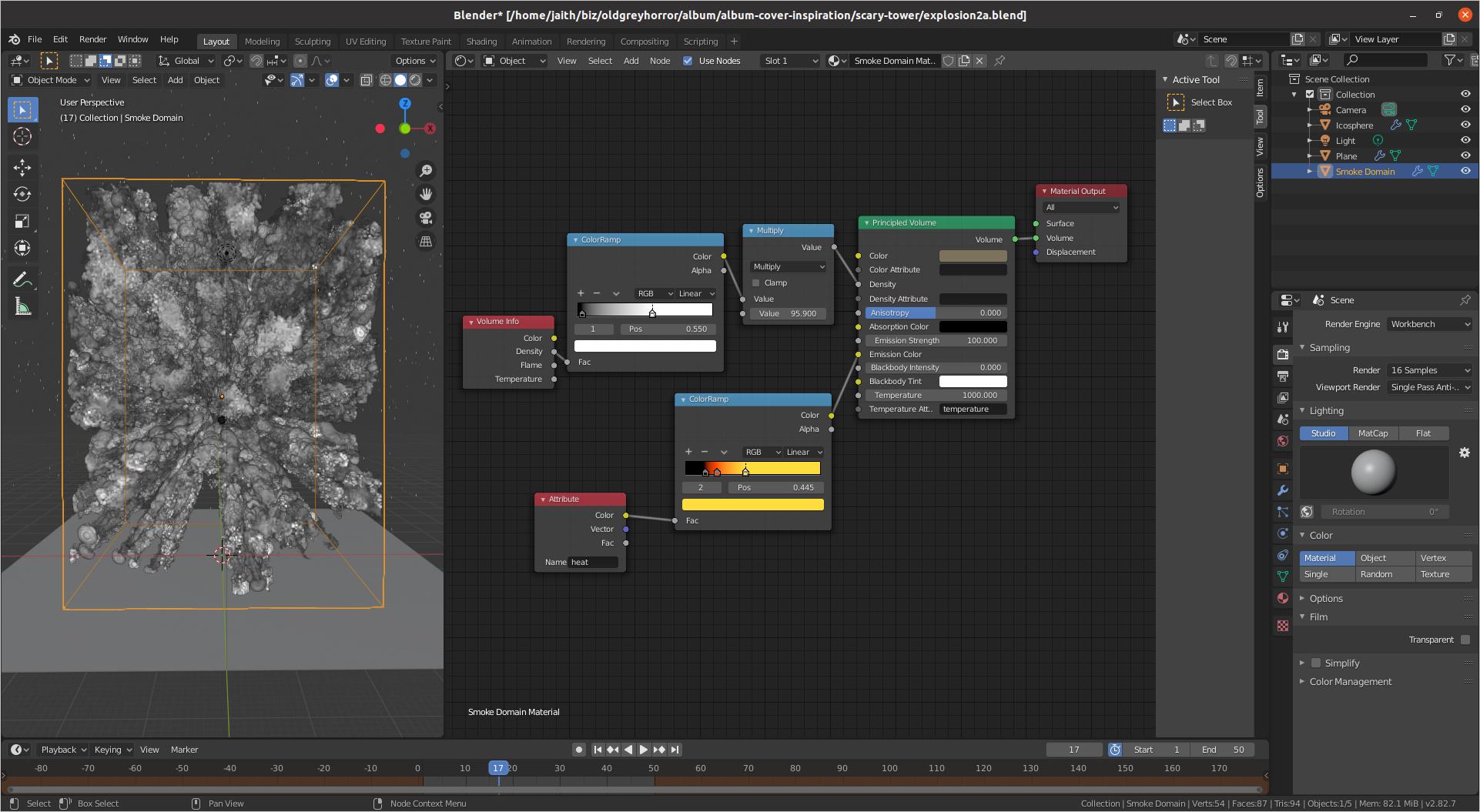 I think the issue may have something to do with my GeForce GTX 470. I cannot get either cycles or eevee to render any of the smoke or explosion. I also cannot select any CUDA or OpenCL video card in preferences -> system. If I attempt to render with cycles using just the CPU, it renders the geometric objects (plane and ico sphere) but none of the particles, and none of the smoke or fire. Rendering with workbench will slowly build a very nice explosion of smoke but no color.

The nvidia instructions and pretty much any other series of steps appears to install the nvidia-driver-460 which doesn't appear to be compatible with my system. Every time this driver is installed, my system reverts to 1024x768 on reboot and I'm unable to change this screen resolution nor am I able to use the 'additional drivers' control panel to select any other display driver. The control panel gets stuck on Continue using a manually installed driver, and all other options are greyed out. Furthermore, the nvidia-smi command complains that it cannot communicate with this driver. I've had to repeatedly remove this driver and revert to the current 390 driver which doesn't seem to expose the GPU for use by software:

Attempting to install the nvidia-cuda-toolkit using apt fails due to unmet dependencies. If you try and also install those dependencies, you end up with the 460 driver again which, as previously mentioned, is poorly behaved and confined to only 1024x768 display:

Can anyone tell me how to get Blender to apply these colors to my explosion using Workbench to render? Even better would be if someone can help me get blender to utilize my GPU? The tutorial showed the smoke colors changing as the person worked, my shader edits don't seem to have any impact on the appearance of the smoke as I work. I've also downloaded and tried the very latest blender 2.92 but the smoke is just black and you can't see any detail at all.

4
Cycles Error: Cuda failed to find version number
1
Cycles GPU render does not work
0
Cycles render on combination of AMD & Nvidia GPUs in one system
1
Cuda 8.0, Fedora 25, gcc stddef.h nullptr, GTX1060
6
How to make CUDA work in Ubuntu so as to enable GPU rendering in Blender?
3
Blender 2.82a cannot use CUDA or OPENCL