I'm trying to make these glass planes on the ceiling but something weird is going on with the glass shader. I tried couple of different ones but nothing seems to do the job. I'm talking about shadows that these glass planes are casting, especially the dark areas on the walls, I think this is not how it would look like in real world and these shadows are way to dark. 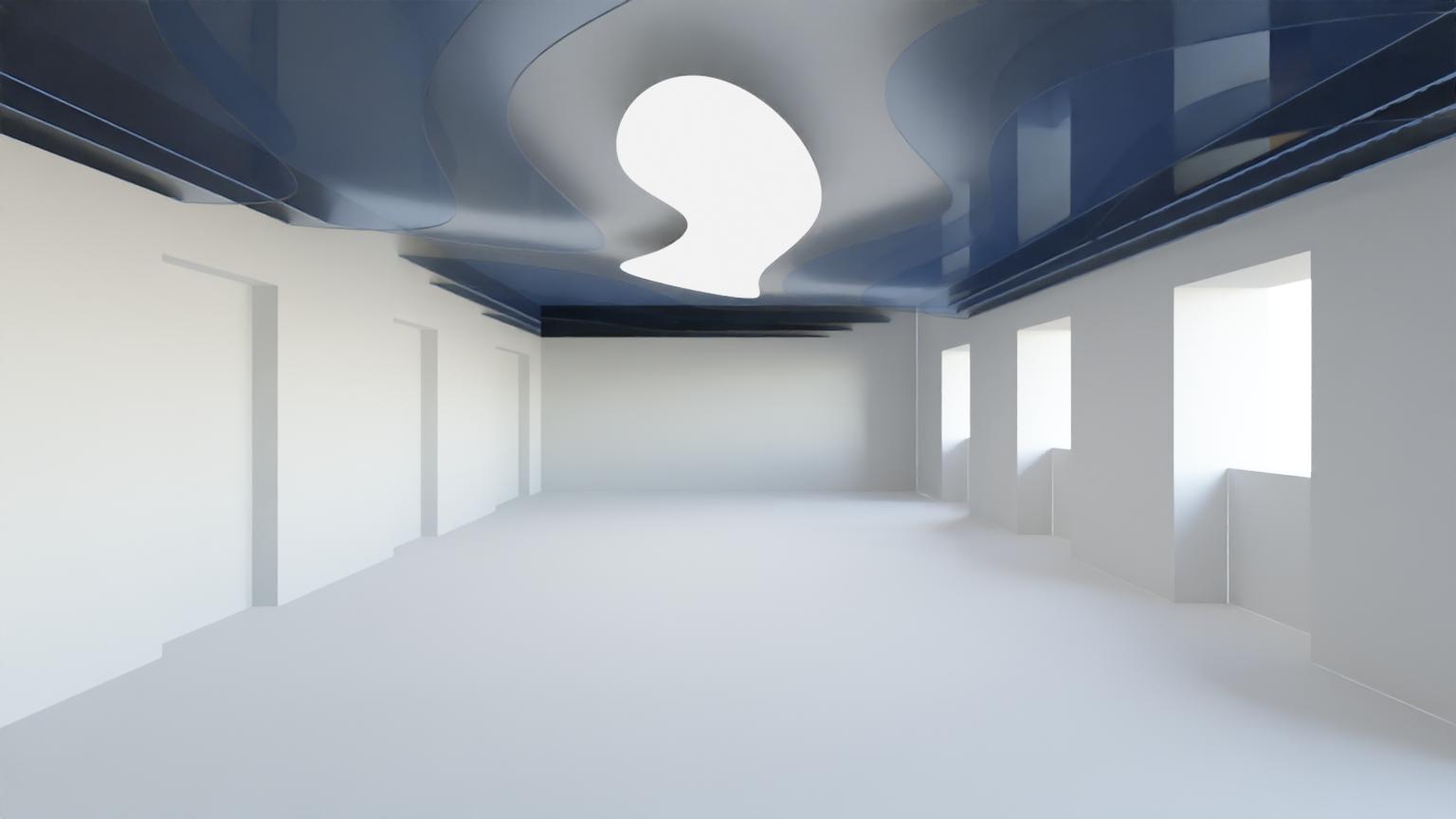 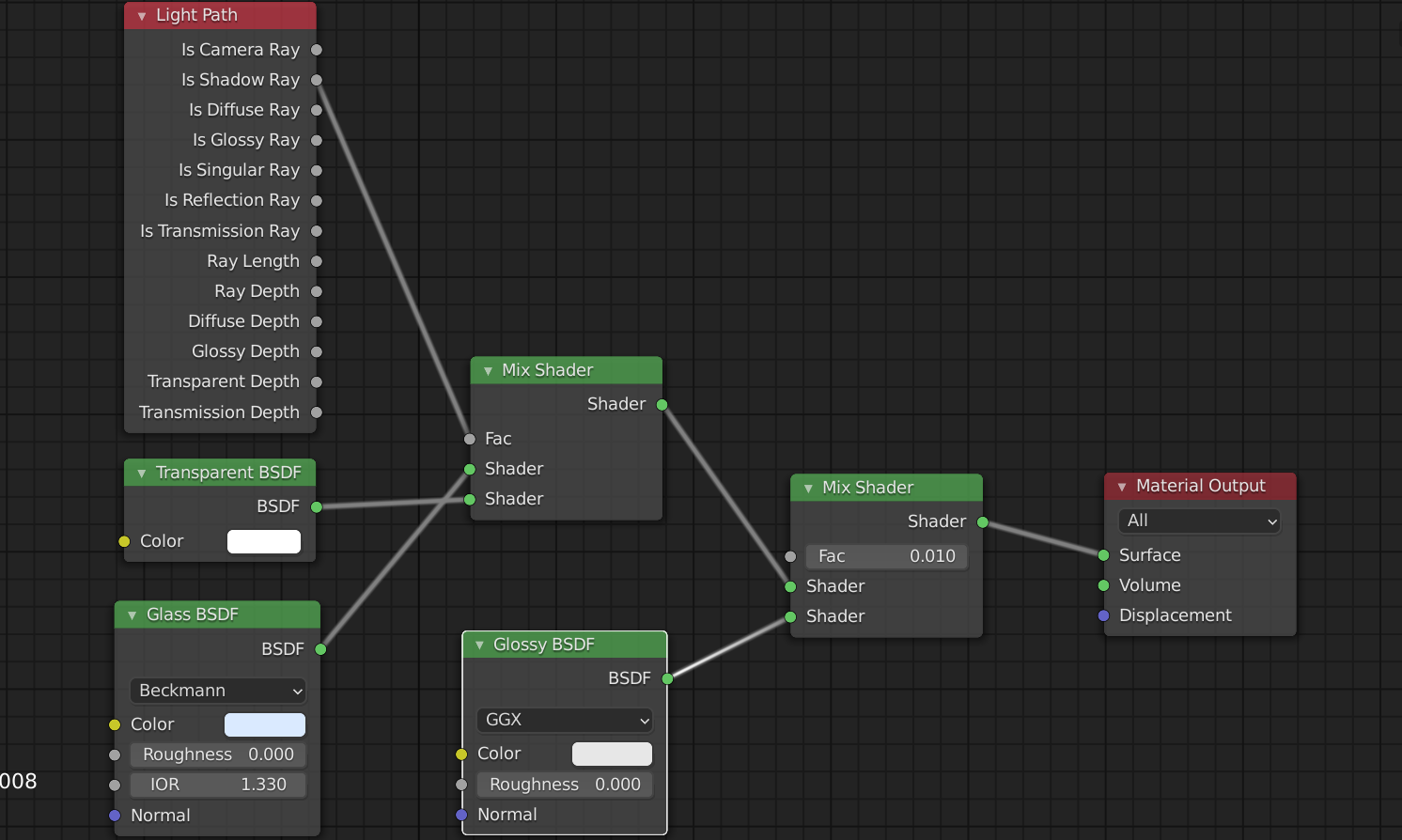 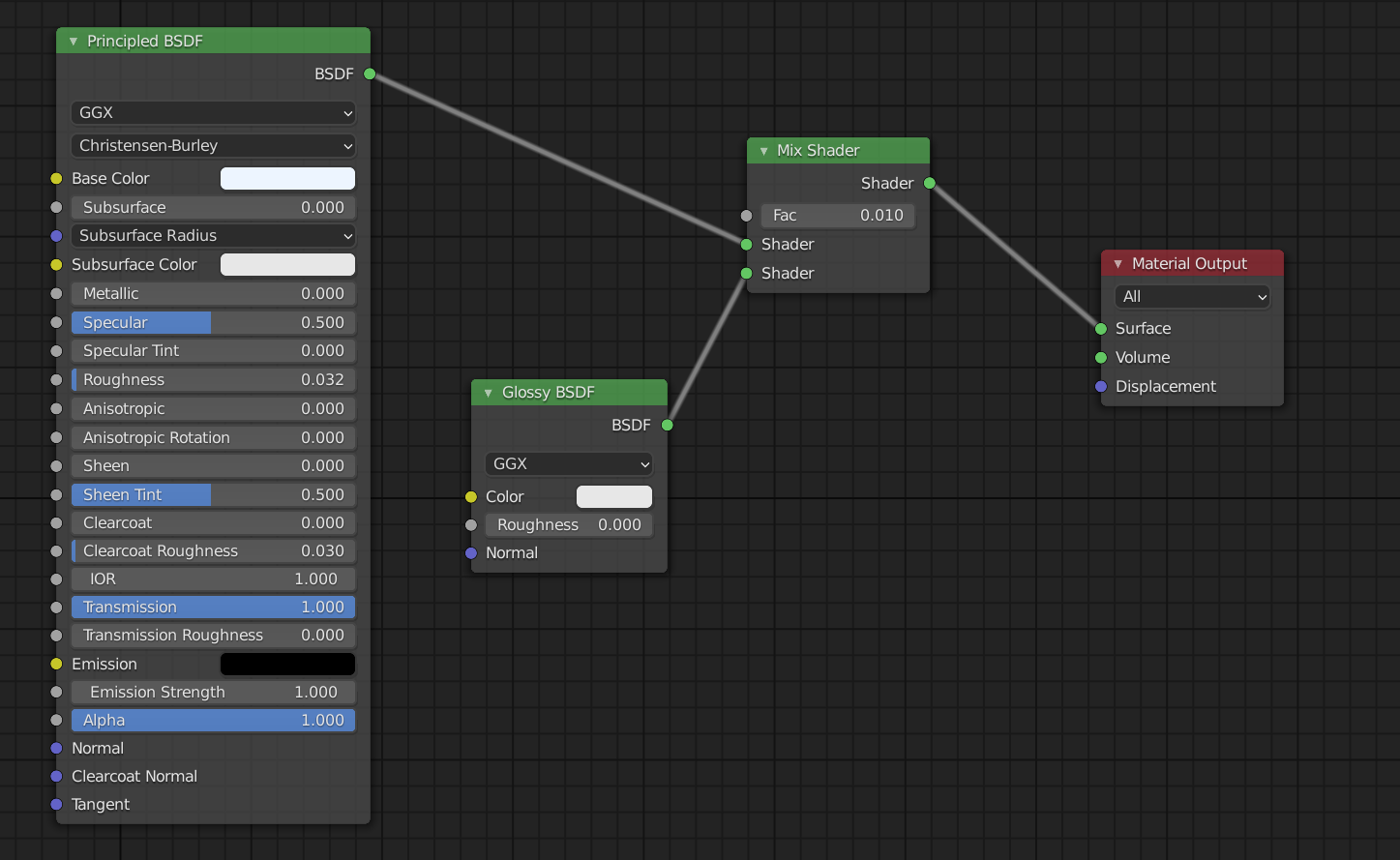 I also tried just glass shader or principled BSDF shader but with IQR set to non 1 value the glass looks wrong so I mixed it with glossy shader. With these shaders by themselves the problem also occurred.

If you look at reference photos online, it does appear that glass casts a shadow of sorts. What happens is that some areas are darker and some are lighter due to refraction and reflection. 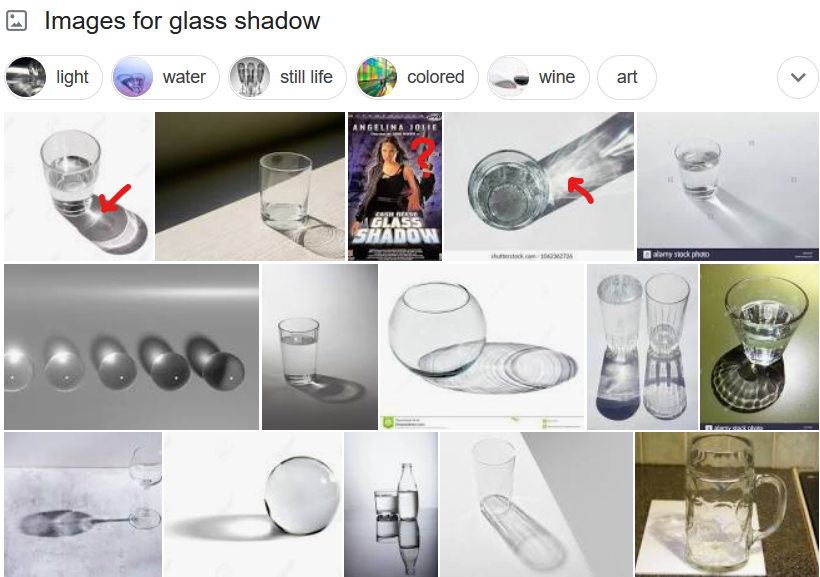 In blender, it looks like the default settings don't allow the full amount of light through, so I ran a series of tests. The scene is a simple drinking glass and a small area light. 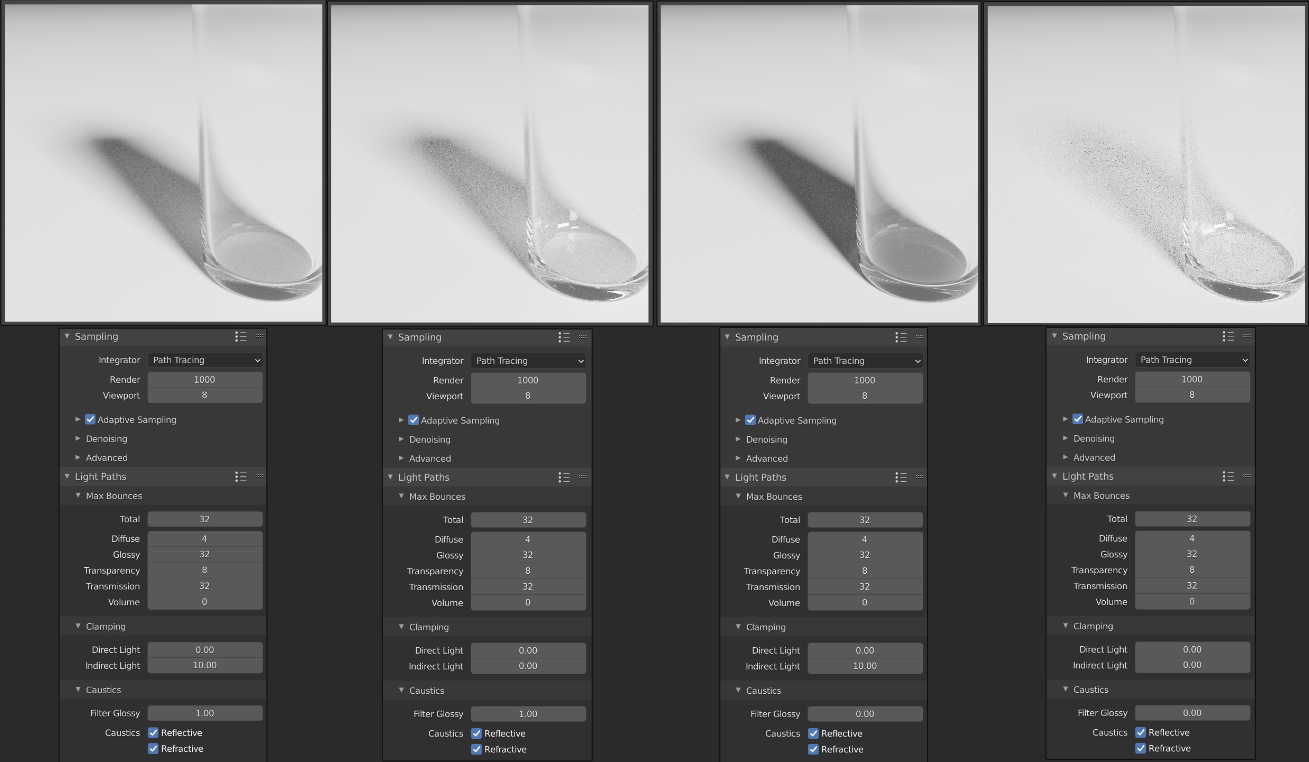 I've raised Glossy and Transmission bounces to avoid any issues with total internal reflection a la this talk, but otherwise the first image is with the default settings. You can see the shadow is very dark. Unclamping Indirect Light and unchecking Filter Glossy both gave interesting results. Doing both at the same time, however, seemed to be on the right track. 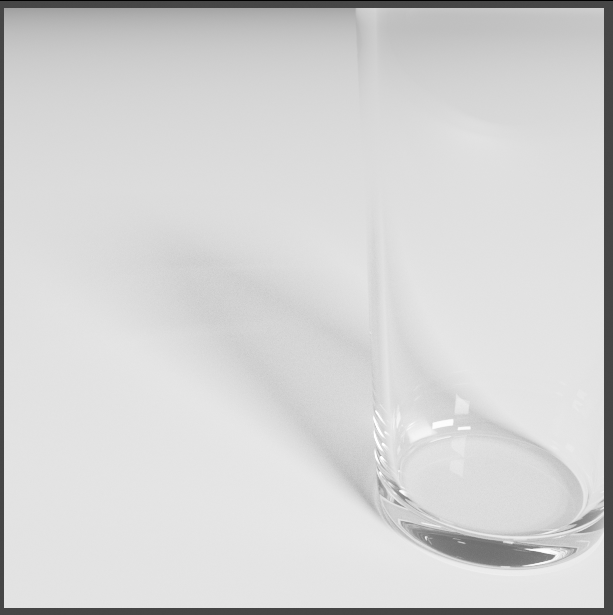 And this, to me, does appear physically correct. The downside is that it takes a lot of samples for cycles to fill in an area with light. Denoising works to cut down the samples required, but it still helps to run a higher number of samples to get clearer refraction effects.

I pulled the light in to get some more dramatic effects. Here's a glass Suzanne at 1000 samples denoised. 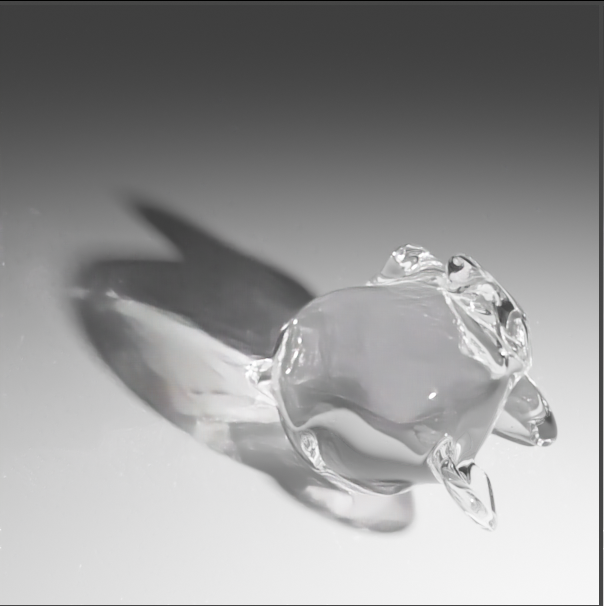 And here's the same Suzanne along with some other examples at 5000 samples denoised. If you were wondering if the Glass BSDF and Principled BSDF gave different results, they don't appear to.

That and the next hexagonal prism are examples of how adaptive sampling can work against you. Here are a few renders at 100,000 samples denoised. 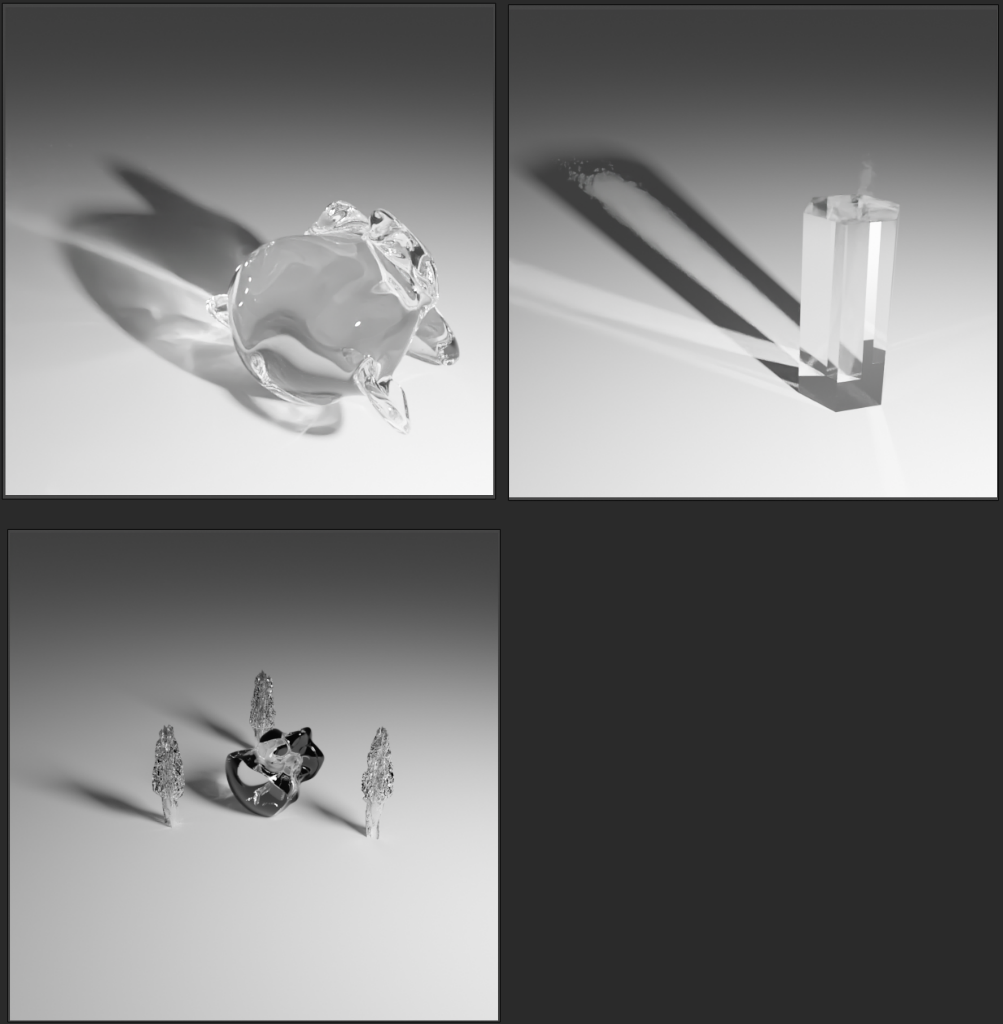 I'm legitimately impressed at Cycles' results here, it's actually quite nice if you're willing to give it the time. If you're unable to do that, you need to fake it.

You've tried one of the popular workarounds which is a Transparent BSDF on Shadow Ray. I applied it to the glass panes in this test scene just for fun, but when I did I ran into a problem that you might be running into. 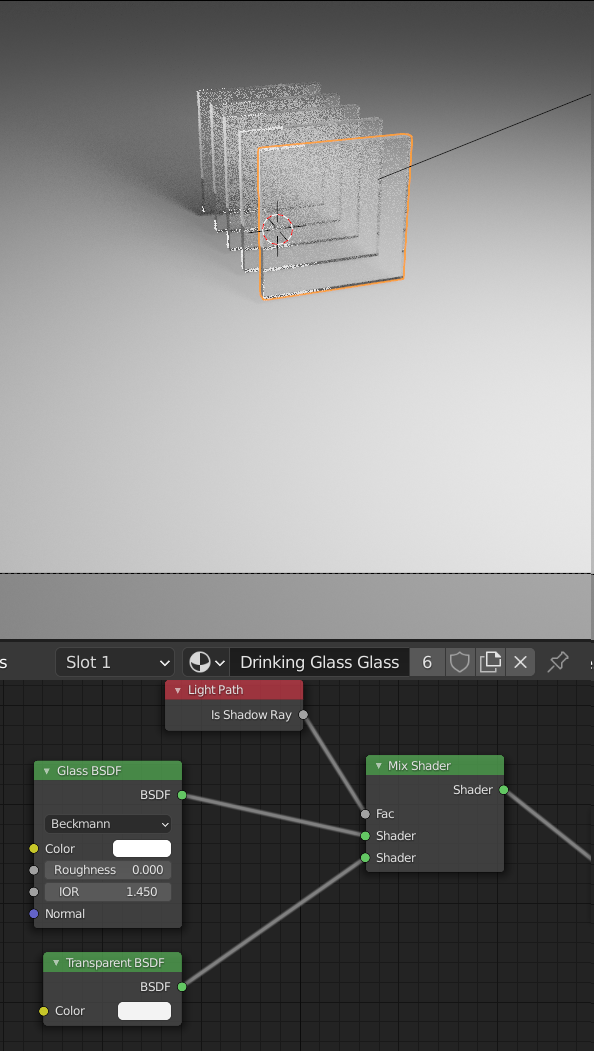 As you can see the shadow on the final pane is much darker. Since we introduced transparency, we must raise the number of transparency bounces a bit. I have 5 planes here, so 10 was enough for me. 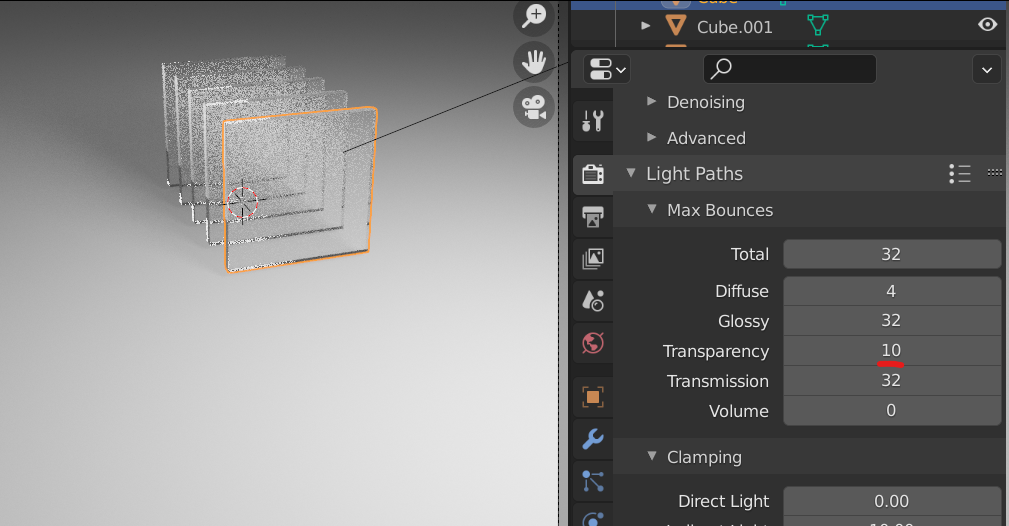 When you use this shader to approximate glass, you can control how much shadow displays by changing the Value of the Transparent BSDF's Color. I found that a value of .9 to .95 is pretty close.

Just to wrap up, I should explain why the default settings are the way they are. Prior to all these settings, a really common complaint was that any glass added a lot of noise to the scene. These would eventually resolve into those light rays, but the fix at the time was just to disable caustics.

The blender developers added these settings to clamp the light added to the scene, but unfortunately this has caused an issue for your use.

Not the answer you're looking for? Browse other questions tagged rendering cycles-render-engine transparency shadows glass or ask your own question.

2
Strange sphere in my glass surfaces?
1
Need help with glass material
2
Dark glass with weird imperfections
2
Is glass in Cycles just broken or am I doing something wrong
1
How do I make shadows through glass and liquid more transparent and less opaque?
0
Why does my transparent/glass material change the colours of objects that sit inside of it, how to fix this?
0
Square artifacts when shining light through material

2
I want Glass to be transparent where nothing exists
3
How to control specular/glossyness of glass shader in cycles
2
How do I model the secondary reflection coming from the inside of the back surface of glass?
5
Reconstructing the Principled Shader SSS with standard nodes
1
Eyeball gloss not visible behind another glass object
1
Lights not casting shadows/UV mapped images dark