Armature is only affected by one bone

I'm having an issue with the simplest armature of one skull bone and two jaw bones. Each bone is paired by vertex to their meshes and the weight paint mode shows I have assigned the vertexes to the correct vertex group (Skull, OpenJaw.R and OpenJaw.L).

The issue is that when I try to pose the bones, only one bone of the three actually affect the mesh. I've re-paired the armature and mesh to try and fix this. The result was the 'working bone' became one of the other three bones. Now instead of the skull moving and the jaws staying completely still no matter how I posed the bones, only the right-side Jaw bone is moving and the others aren't affecting the mesh at all.

Thanks for your time 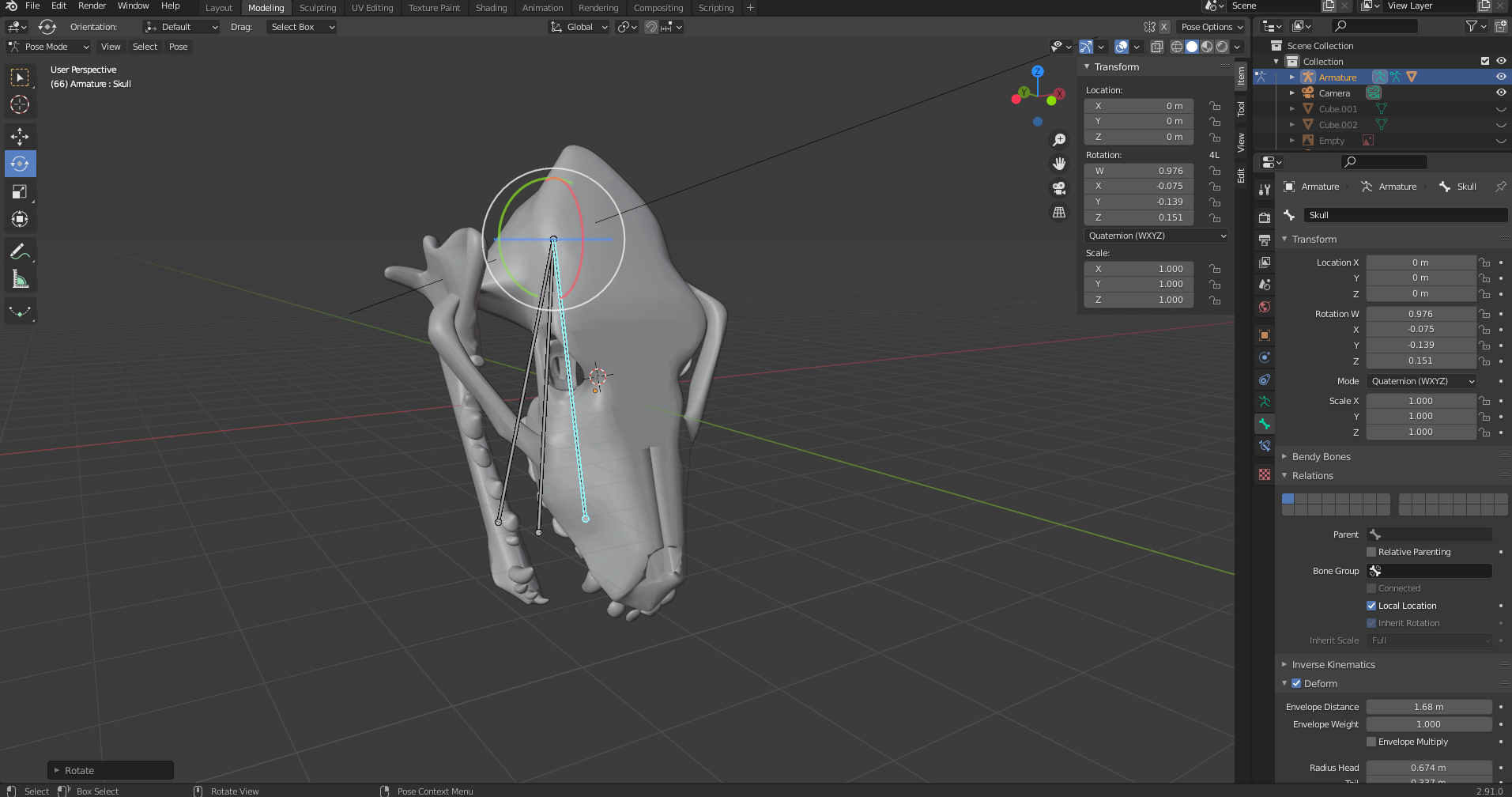 Solid objects can be parented directly to bones sans modifier.

In addition to @moonboot's answer am going to suggest a different route via separate objects and bone parenting, avoiding the need for the armature modifier and associated bone groups.

Since it is probably unlikely the "bone" objects are going to be deformed by the armature bones can parent directly to bones.

First step IMO would be to decimate the vert count, without a powerful computer the amount of verts in mesh will tend to make response slow.

Make the bones all separate objects. For example sake just skull and jaw, but all teeth / eye-bones?? could be separate objects and parented accordingly. (to object or bone) 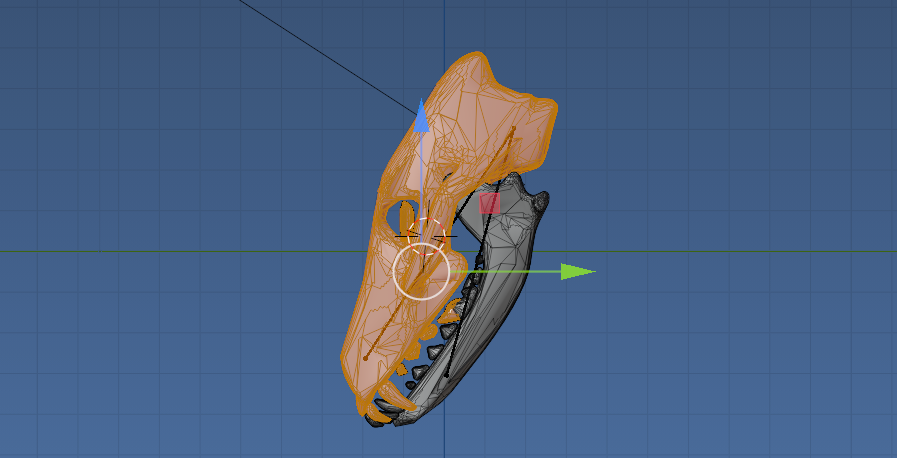 Selected all verts of skull P Selection to make the selection a different object. Now have an object each for skull and jaw.

In this example can see no reason to have a left and right jaw bone, so have merged into a sole jaw bone.

The jaw bone is halved to allow for a specific animation where the jaw splits apart and fires a beam of energy between them.

In which case would keep the sole jaw bone, and make the two half bones children of it, each half of jaw object parented to the half bones. In which case only need to animate jaw bone for regular mouth open close.

Notice the skull object is already parented to the skull bone.

Select the jaw object, then Shift select the armature and make the jaw bone active. CtrlP Bone. The jaw object is now parented to jaw bone.

Parented the jaw bone to the skull bone. (Sounds like a song.) so if the skull is rotated the jaw comes along.

The jaw can be rotated relative to the skull.

In the Armature modifier, remove the vertex group you've selected: 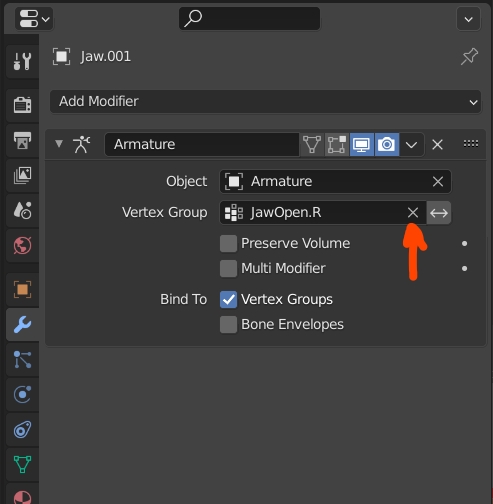 7
Bones moving wrong part of mesh?
1
Armature Fingertips Not Following Bone
0
more than one vertex group for one bone
1
Get Bone to track another armature
1
How should I design the jaw for rigify pitchipoy?
1
Why is one bone distorting my mesh? Only one vertex group?
0
Armature: Clear Vertex Weights of selected Mesh
0
Armature not staying in place