Okay, I am brand new to Blender, and I am trying to teach myself to animate Pokémon during lockdown out of shear boredom. I'm using version 2.92, and finding tutorials for stuff on the latest version is apparantly really difficult.

I have managed to figure out most things from old tutorials, however, I cannot fathom how to get the eyes to blink.

I know it's a 2D Array, and I need to Vector Map the image to move to a different segment of the image - the issue I have, is I have no idea where in the program they have hidden this function. 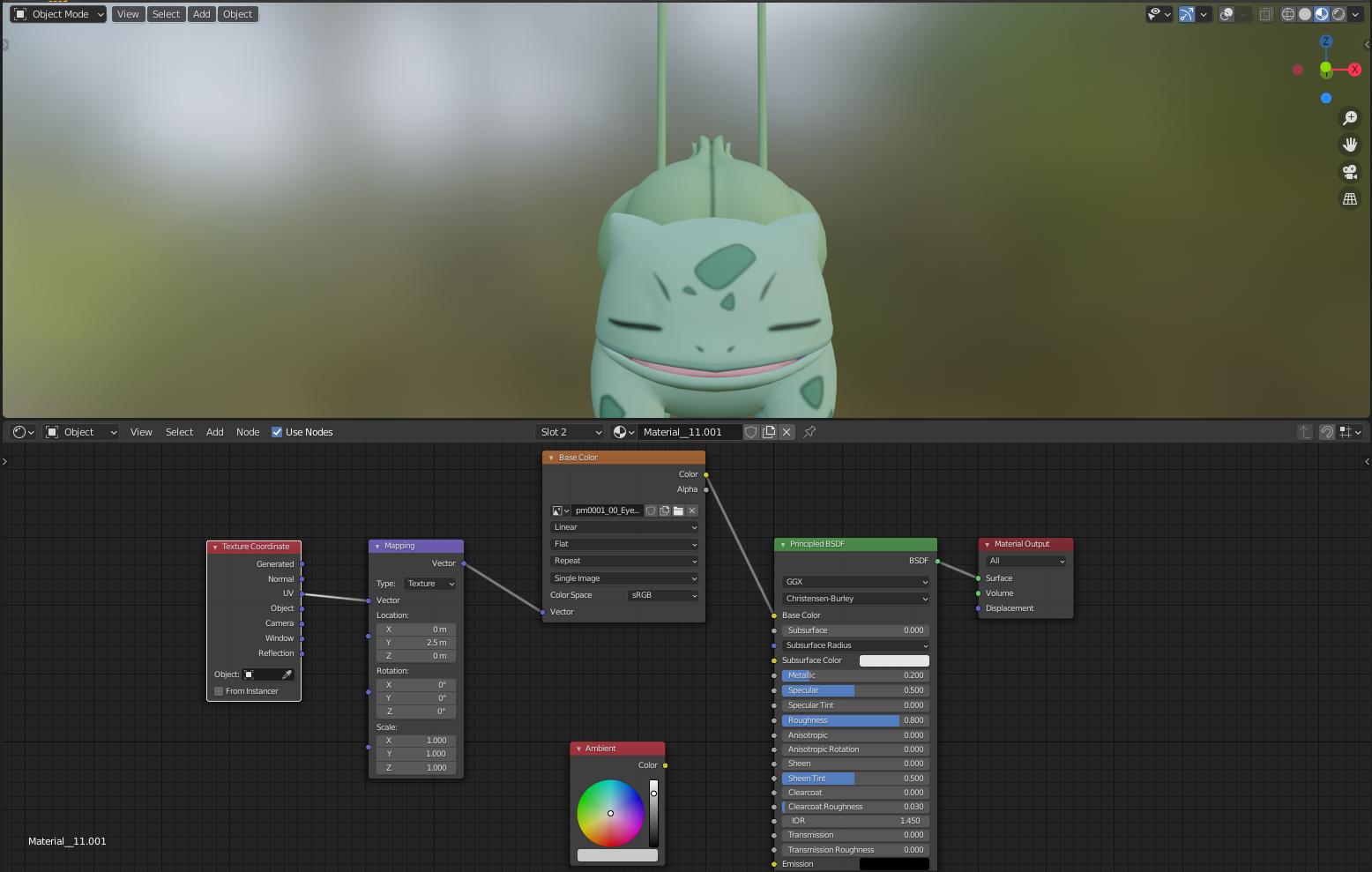 Okay, I managed to figure it out, but I'm not sure I can explain it. I used this other post: Image Texture box mapping - offsetting vectors on opposite sides?

Through much trial and error, I ended up getting what I needed. Hopefully Image will provide help for anyone else that wants to do this.

Well, first you need to review your image for the eyes and find out the blinking eye is. Then you follow the steps @Winry88628 did.

Basically what he did is that he offset the coordinates of eye UVs. The values in Mapping determine how much you need to move the UV, in terms of X Y and Z. The values vary from model to model. But normally you move them 2.5m for each set of eyes (for Pokemon models from 3ds)

After you placed the UVs correctly, you can make an animation using keyframes. For example, if your UV offset is 2.5m on X axis, on the start of the animation, insert keyframe at 0m and about 20 keyframes later insert another keyframe at 2.5m. Do remember to also insert a 0m keyframe BEFORE AND AFTER the blink keyframe, so instead of the UV moving slowly from 0 to 2.5 in 20 keyframes, it will move in 1 frame only, which makes your model look like it is actually blinking.

Here's an example of what I did:

Not the answer you're looking for? Browse other questions tagged materials image vector-mapping or ask your own question.

9
Save image as for example .png by a script
1
how do I bake an animated sky box using cycles?
0
How do you recommend I overlay textures on object 'Faces'
5
How to make curved (bent) rectangle, and add material?
0
How do I change to Left, Right, Front, Back Ortho Perspectives?
2
How do I adjust opacity of an "image as a plane" in Version 2.90.1?