Geometry Nodes: How can I make some instanced object disappear when they reach a Z-scale of zero?

Is there a way to make instances that reach a z scale of 0 to disappear completely? If not, is there a more efficient way to drive the z-scale of the instances, rather than the way I'm doing it (mixing between "scale" and "scale2" attributes, "scale2" having a z scale of 0) Thanks in advance for any advice 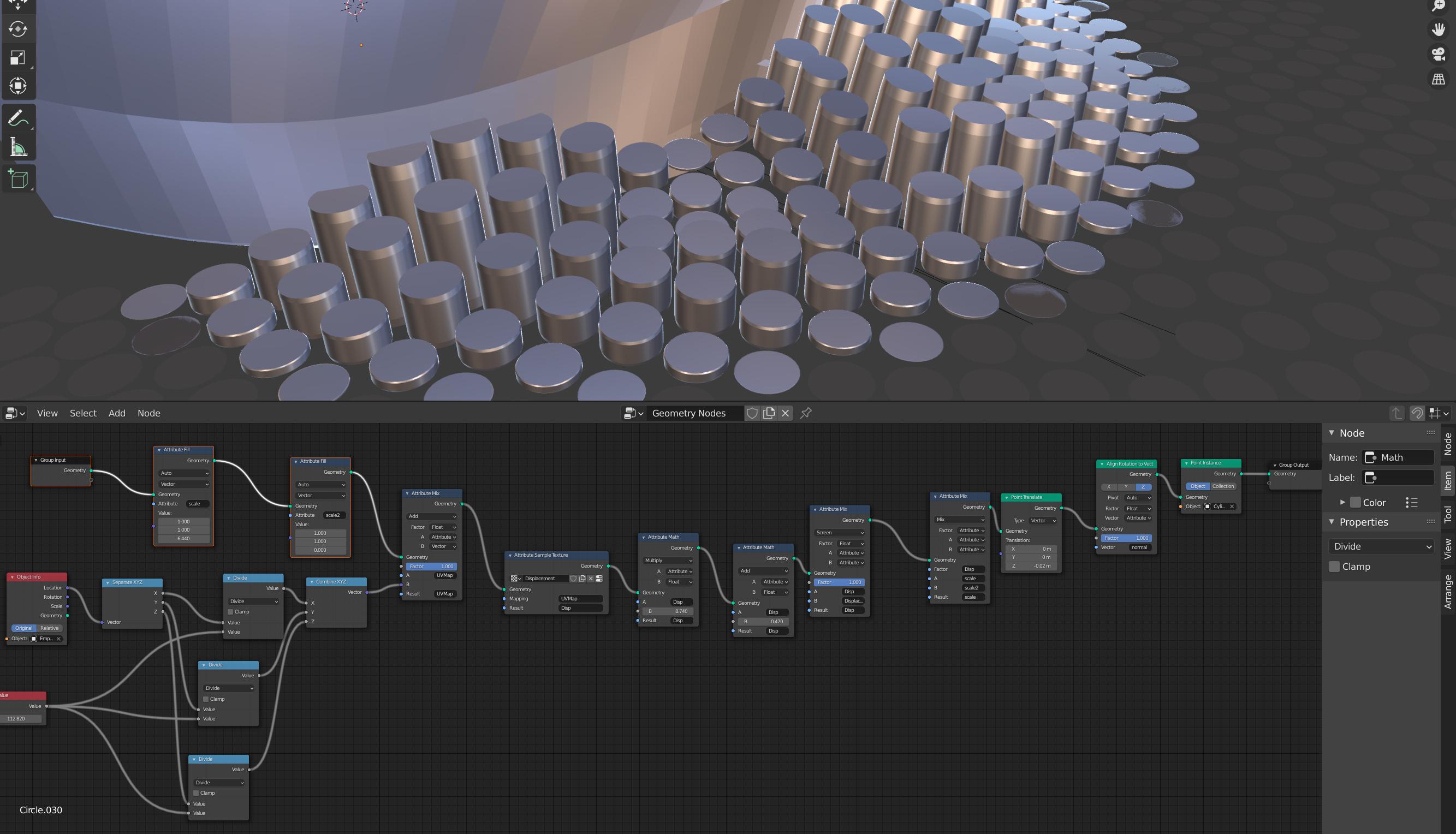 Use point separate to split points into 2 groups by height: 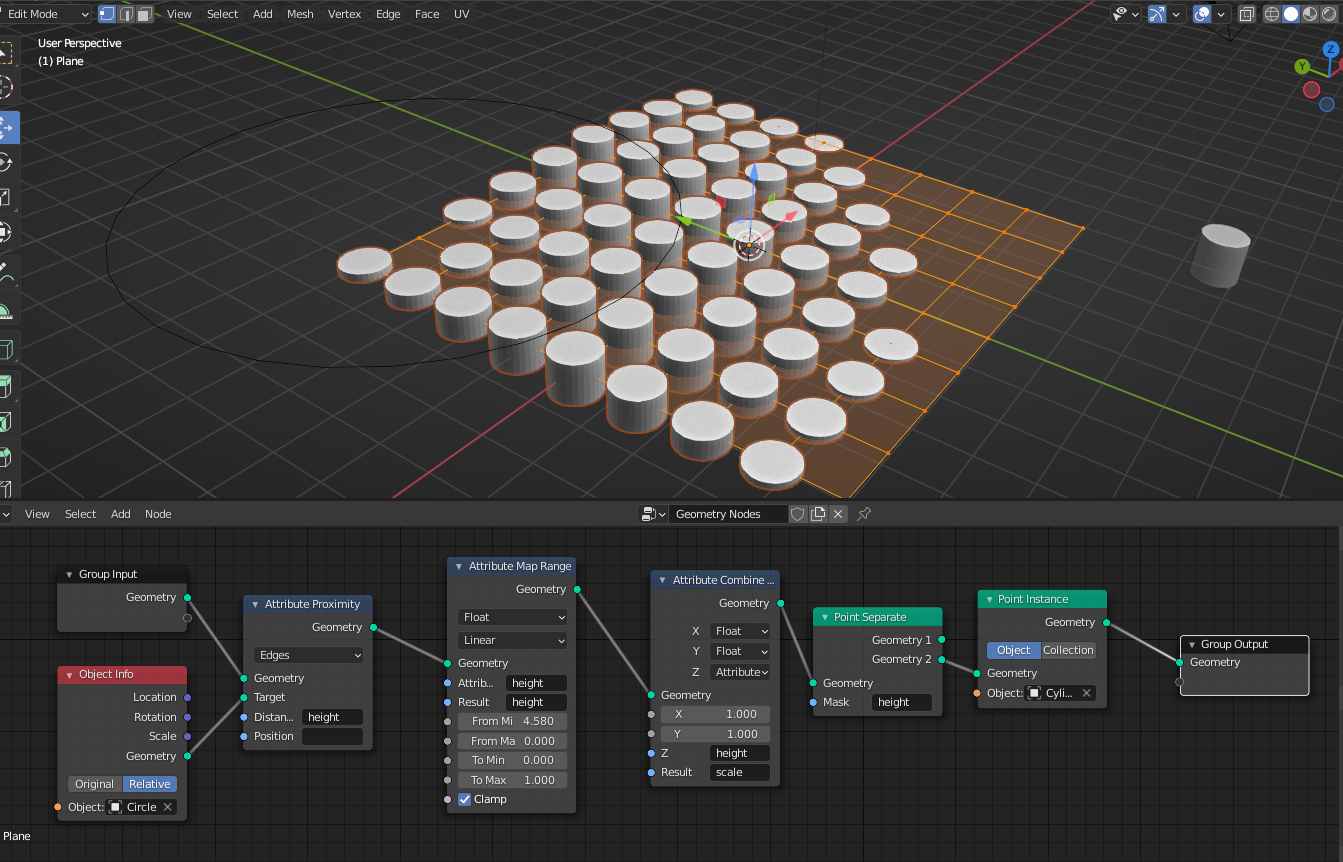 Group with 0 height you should not use, second one will have only points with height > 0

1
Combining geometry node attributes to define density?
0
duplicating buildings using geometry nodes
4
Randomizing values in Blender 3.0 Geometry Nodes
6
Modify instance geometry based on the location of the instance
2
Geonodes: when creating an instance, get index from instancer
0
Geometry Nodes: set sharp or crease attribute for an edge
2
How to access geonode generated "instance ID" from Cycles material?
2
How do I add a scale up effect using Geo Nodes?
0
Get random scale for each instanced object of a clump of objects with Geometry Nodes