When Blender starts, the 3D Viewport has the default cube in the center of the view. The vantage point is slightly above and to the side of the cube. After you move, pan, or zoom the viewport, the view is different. I'd like to get that original vantage point in the viewport back.

** Note ** this has nothing to do with moving or changing the Camera in any way.

Here is what Blender looks like when you open it. This is what I would like to get back to after manipulating the viewport. 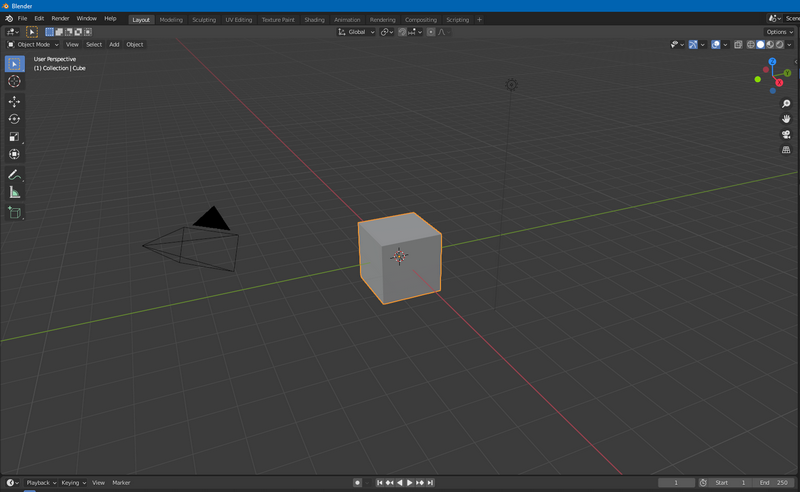 When you first open your file, and you see the viewing angle you would like to preserve, begin by creating a new camera with Shift + a to bring up the Add menu, and then choose Camera from the list. The new camera will appear at the location of the 3D Cursor, which is typically located at the World Space origin when the startup file first loads.

What you are going to do is move this new camera so that it occupies your current viewing angle. You will be able to return to it later.

Select the new camera in the 3D Viewport. In the Outliner, uncollapse the listing for this camera to expose its underlying object data node. Select that node and the camera now becomes active (this becomes apparent by the fact that the little yellow triangle at the top-front facing of the camera in the 3D Viewport becomes filled in with solid color, instead of remaining an empty, wireframe-ish arrow indicator). The reason for making the camera active is so that the following step will work.

Now press Ctrl + Alt + Numpad 0, which will force the currently active camera to take on your viewport's current viewing angle.

Now you can orbit your view as you wish without worrying about losing the old viewing angle. When you're ready to return to it, press Numpad 0 by itself, and you will return to the original view. However, you're really returning to the view of the camera you placed at the original viewing position. For this reason, you might want to go into the Item tab of the Properties Shelf and lock all the transform channels for your camera (padlock icons), so that it won't ever move from that position later, not even accidentally.

Finally, If you save your startup file afterwards (File > Defaults > Save Startup File), then this new camera setup will always be available at the beginning of every project.

You can click the + at the top of the window and create a new Layout Workspace. 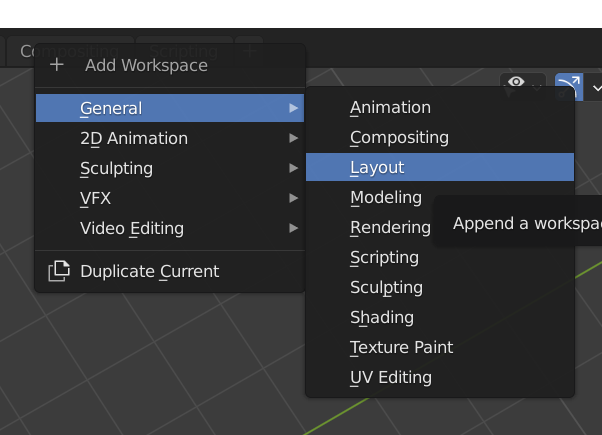 0
Is it possible to restore default viewport condition?

63
How to reset the center of rotation of the 3d view when it is not the center of the view
5
Is it possible to view the scene in the viewport camera view at 1:1?
2
Center viewport key in Blender breaks the viewport
3
Scrolling zooms faster than it should