I'm really hoping someone can help - been stuck for months now. I'm completely new to blender and animation in general. I've managed to find a pre-rigged model online - I want to create an exercise animation using the model - while the feet dont go through the floor when animating; the hands do for example when trying to create a push up animation. Is there anyway to get round this? I am completely new to all of this so any help with simple instructions would be much appreciated. I would have attached the blender file - but dont think you can on here.

A lot may depend on how your rig is set up but placing Empties as 'ik targets', (not pole targets) at limb extremities does lend itself to this sort of thing quite well. By that I mean hand and foot targets as against lower arm and leg. The hand targets are simply placed on the floor, the feet versions placed where they're needed. 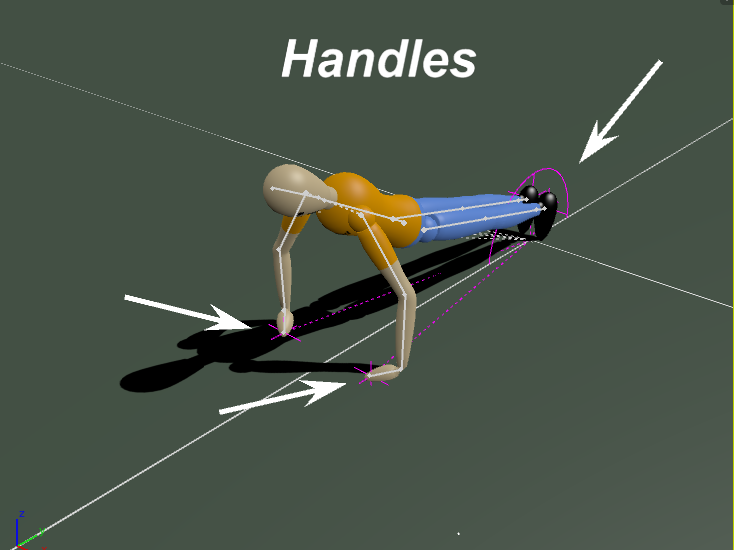 For push-ups, some upper-arm Quatemion adjustments (pose mode) will likely be necessary due to extreme bending at the joints.

Once the first push-up is done, it's a simple matter of either duplication in the Dopesheet or cycling the action.

A "Nav"(igation) handle, an Empty would also be placed at the OP and the armature and targets parented to that. This would hold it all together and provide a 'handle' with which to drag the whole thing about - 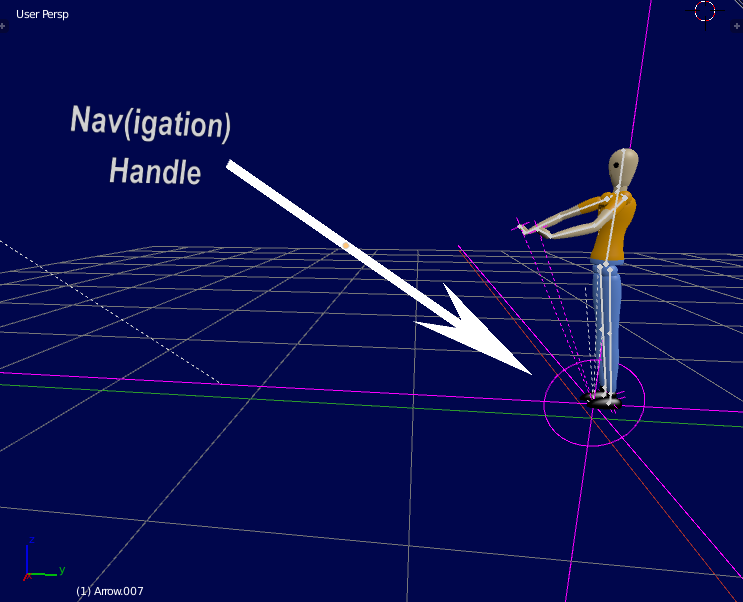 While I am no expert, it strikes me that when posing a rigged character you are completely in control of where things are placed. Perhaps I am a little confused about your problem. I am pretty sure you are able to post a blend file of at least a link to it.

0
How do I set up the bone constraint Floor?

5
Is it possible to pin distinct Bones of a Model to a Plane while posing?
1
Apply new rotation and location to entire Animation
1
Splitting Blender animation into separate clips
0
how to move vertex groups in animation
0
Editing an imported 3D character which was made with photo shoots
0
Problem with keyframes and IK
3
delete parent halfway animation, keep position and more
2
Any way to temporarily attach/pin a part of a rigged and animated character to a STATIC object?