Can you use geometry node data to affect the material of instanced objects? (E.g. scale changes color) 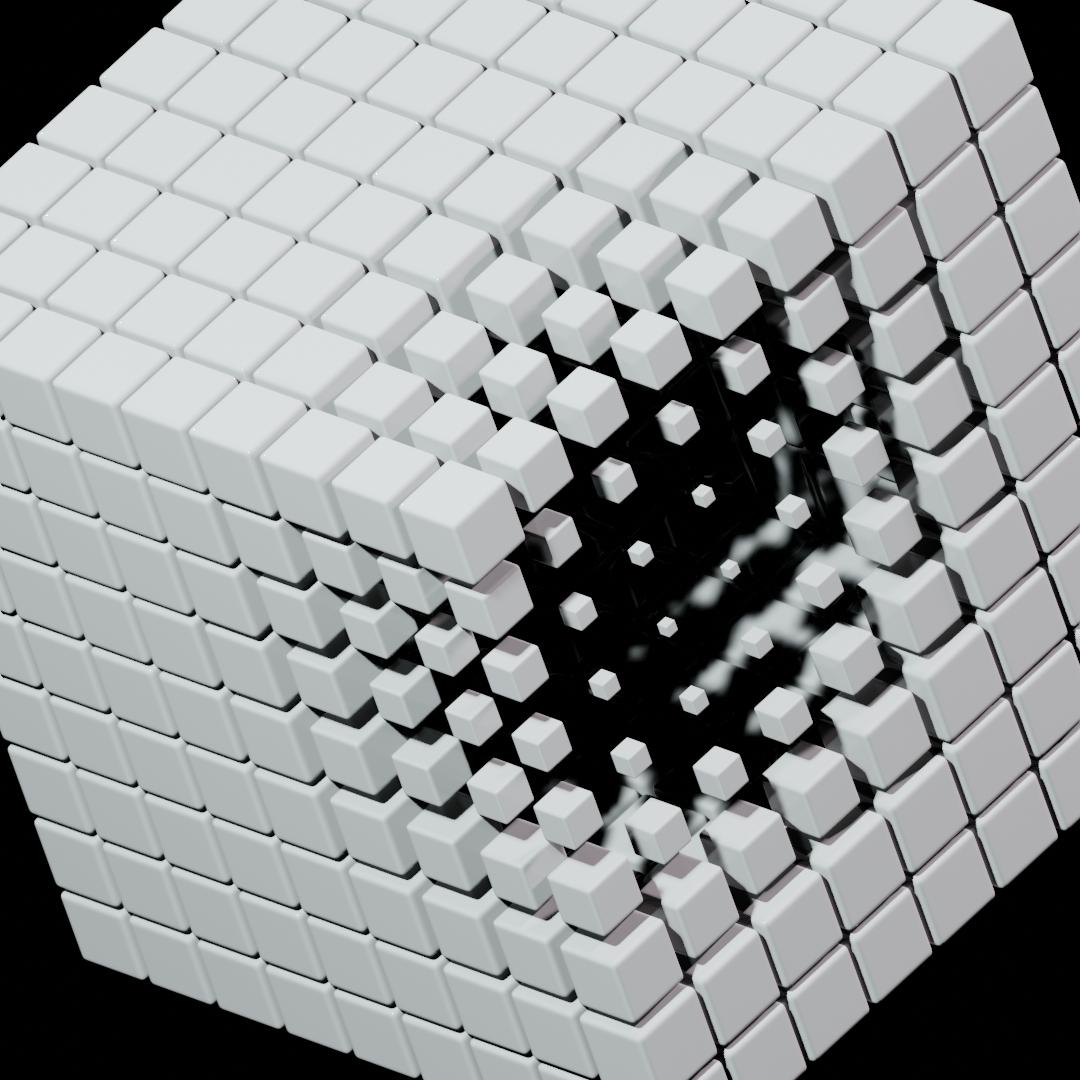 Specifically, is there any way to change the color of the instanced cubes based on their scale attribute?

You can, however, use common input for your shading nodes and geometry nodes: the empty's position: 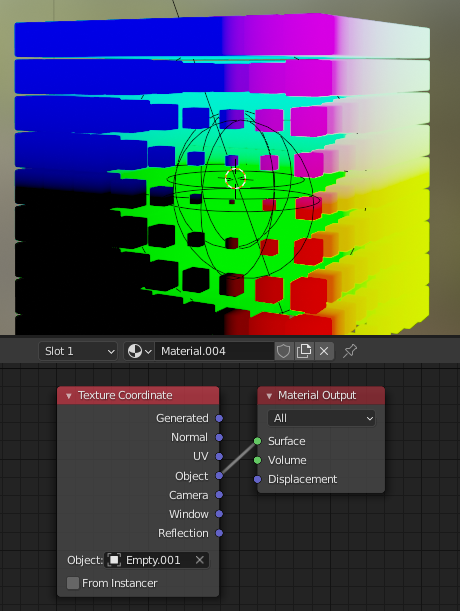 Of course as you can see it creates gradients:

So you want to change each coordinate of an inner cube to one single coordinate of that cube - most logically to the center (which is also the vertex that spawned the inner cube).

First an approach that didn't work, to perhaps save someone some time investigating the same thing...

I found that Texture Coordinate > Object for unspecified (default) Object target will give the coordinate in the spawned cube's coordinate system - so you get the information on how far you're from the center of the inner cube: 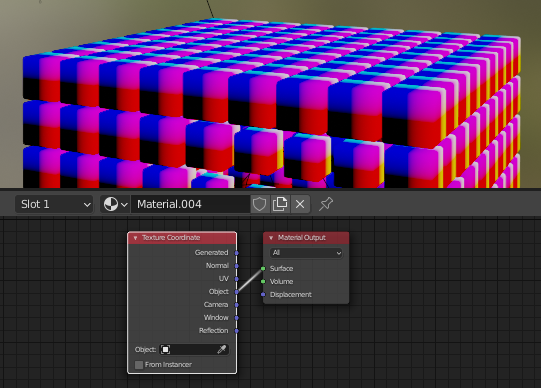 Now for a solution, that actually works in your case: you can (easily) mathematically describe the geometry, so you can figure out for each pixel's coordinate where's the center of the inner cube this pixel is on. Start by using Object coordinate of the Instancer: 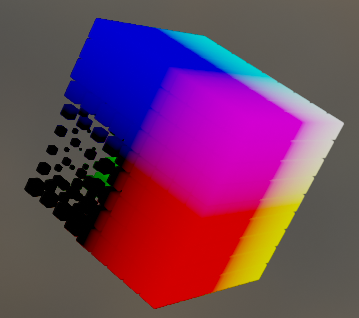 X, Y, Z components are in range of -1.11444..1.11444 instead of usual -1..1 - that's because the coordinate system is defined by the vertices of the object before its geometry is changed - so -1 is the leftmost/lowest/furthest center of an inner cube, and not the boundary of resulting shape:

If there's no empty space between inner cubes, a line between 1st and 9th centers is equal to the length of 7 and 2 halves on either side = 8 inner cubes in middle: 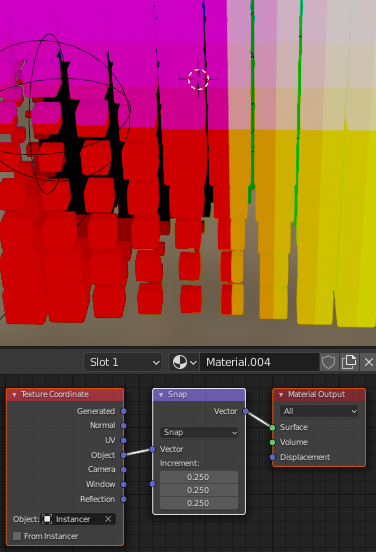 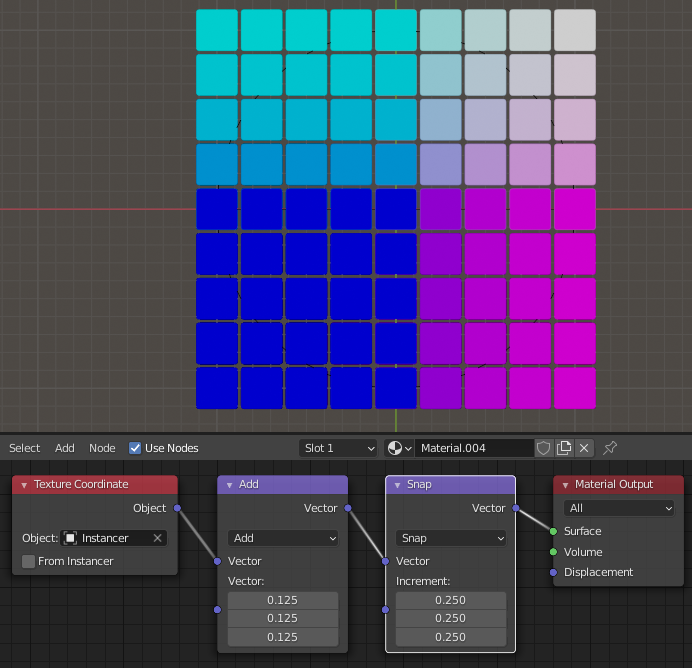 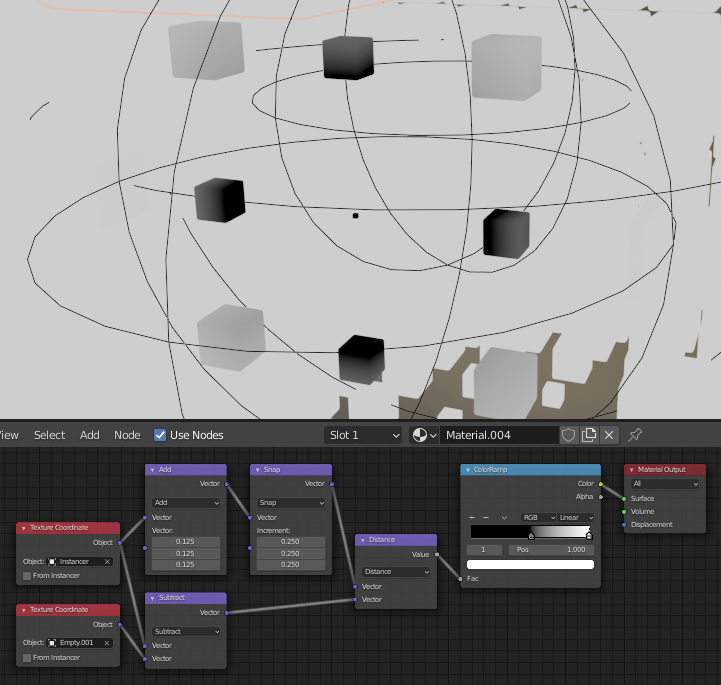 But the gradient returned, something is wrong. Viewing the result of subtraction mentioned in the last paragraph, we can see the problem: 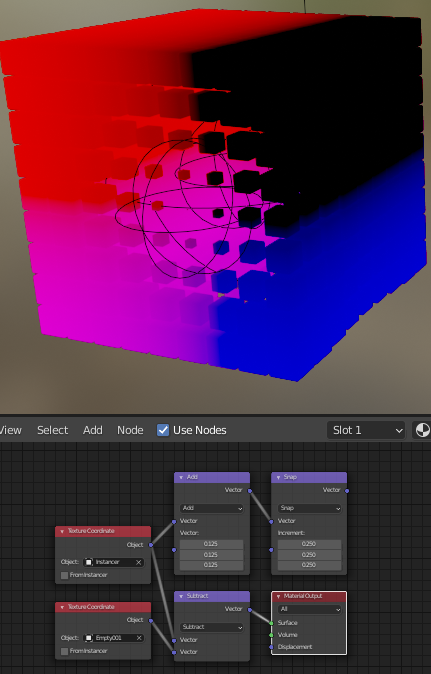 All that's left is to duplicate the nodes (3 first and 2 last can be common) for the other empty and combine the distances somehow (average, sum etc.).

If you use Cycles, you can add Verts as children of your Empties, and use the "Attribute Proximity" node to calculate the distance from that vertex (doesn't work with pure empties from what I can tell). These nodes need to be placed after the "Point Instance" node in order to be able to access the new attribute (dist1 and dist2 in this case). Unfortunately it's per point in the final mesh, not per cube (not exactly sure what you need/want), but there might be some rounding tricks you could pipe in to get that effect - it'd be based on the number of cubes (width/height) you have in your object, I believe. 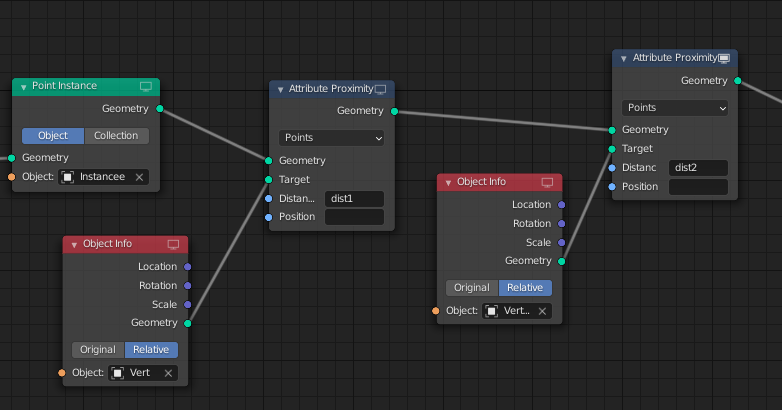 You can then use those attributes to influence the color ramp you had setup in your material - this material needs to be assign to your Instancer object. You may want to play with the Math node to get a nice gradient. I'm not sure the setup I have here is ideal, and looks be causing some artifacts. 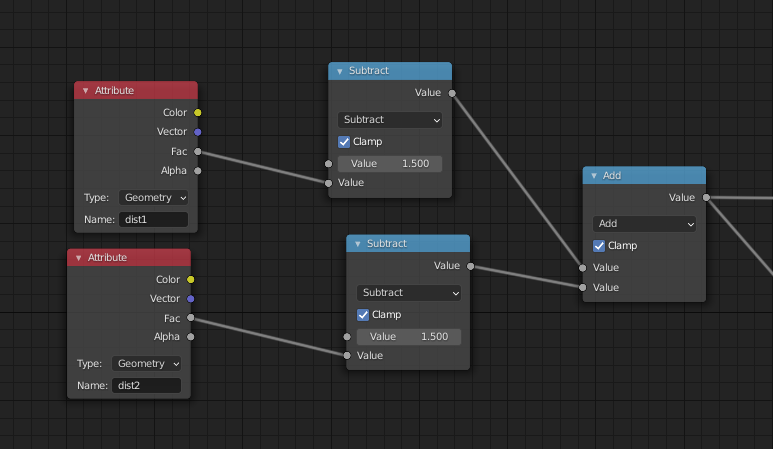 Here's what I got after playing with the values a little - .blend file is also attached: 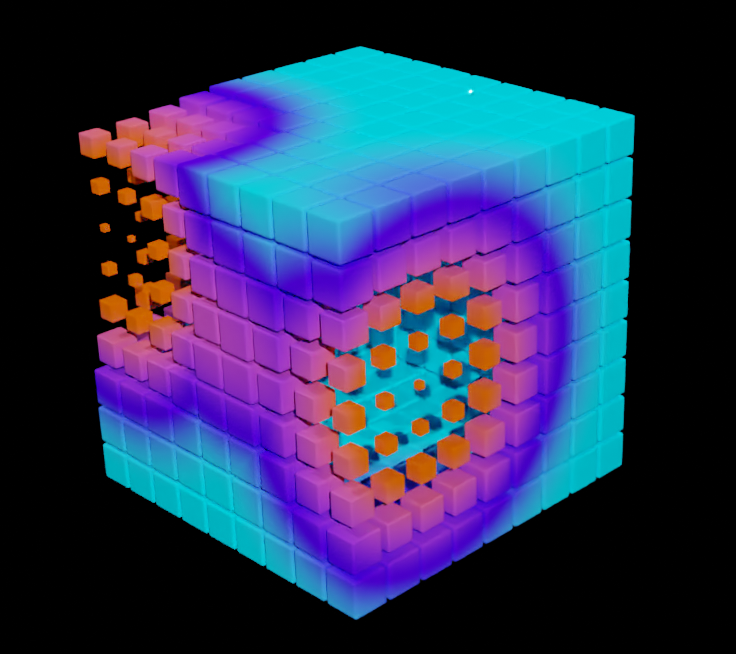 Not the answer you're looking for? Browse other questions tagged shaders instances geometry-nodes or ask your own question.