I am making a game on Windows with BGE and was trying to add a controller instead of a mouse and keyboard. I cant seem to get blender to recognize the buttons on the controller when I press them like I would with a keyboard or mouse. Is it supposed to recognize that or is my controller driver not working properly? Help would be awesome!

I think you can use the Joystick sensor; However, you do have to configure it accordingly, using the button and axis numbers. 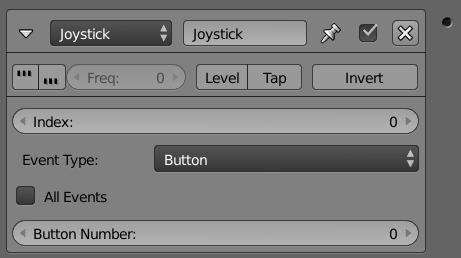 Yes it's possible! Just make sure and calibrate your controller first just to be safe. You need logic bricks, python script and game object (player and ground) to see the results bge-style. Follow these instructions to see how to rotate the cube and make it jump. Okay, let's assume we're starting a new Blender project using the original startup. (I'm using Blender 2.66a for 64bit windows 7 and an XBox 360 wired controller).

2
How to setup a simple scene using Python in BGE?
3
Scrolling effect for GUI menu in BGE
1
How do I make one object glide to the same position as another object with logic bricks?
0
BGE logic editor won't play action
0
Door Animation Problem