How to identify mysterious physics force affecting my objects?

I have some connected rigid body objects (a ragdoll). When I let physics do its thing, the ragdoll doesn't just fall - it acts as if some mysterious force hits it.

Here's how it looks (first 10 frames, slowed down):

For completeness, I also tried just moving everything around, and indeed there seems to be something roughly 2.5 meters above the origin:

Before I rewatch Stranger Things and look for clues there, any suggestion on how to find what's causing this strange behavior? How to identify that invisible force?

Note: this is a followup to a previous question I asked - at that point, I thought the problem was with the constraints between the objects.

The mysterious invisible force is 12 copies of your ragdoll. They are not in your scene but in your blend file. It looks like these lost objects are still used for collision detection.

To get rid of the copies, select Blender File as Display Mode for the outliner. Look for Objects and expand it. If you select everything in the viewport, then you can easily see in the outliner which objects are used in the viewport. Delete the other unwanted copies. 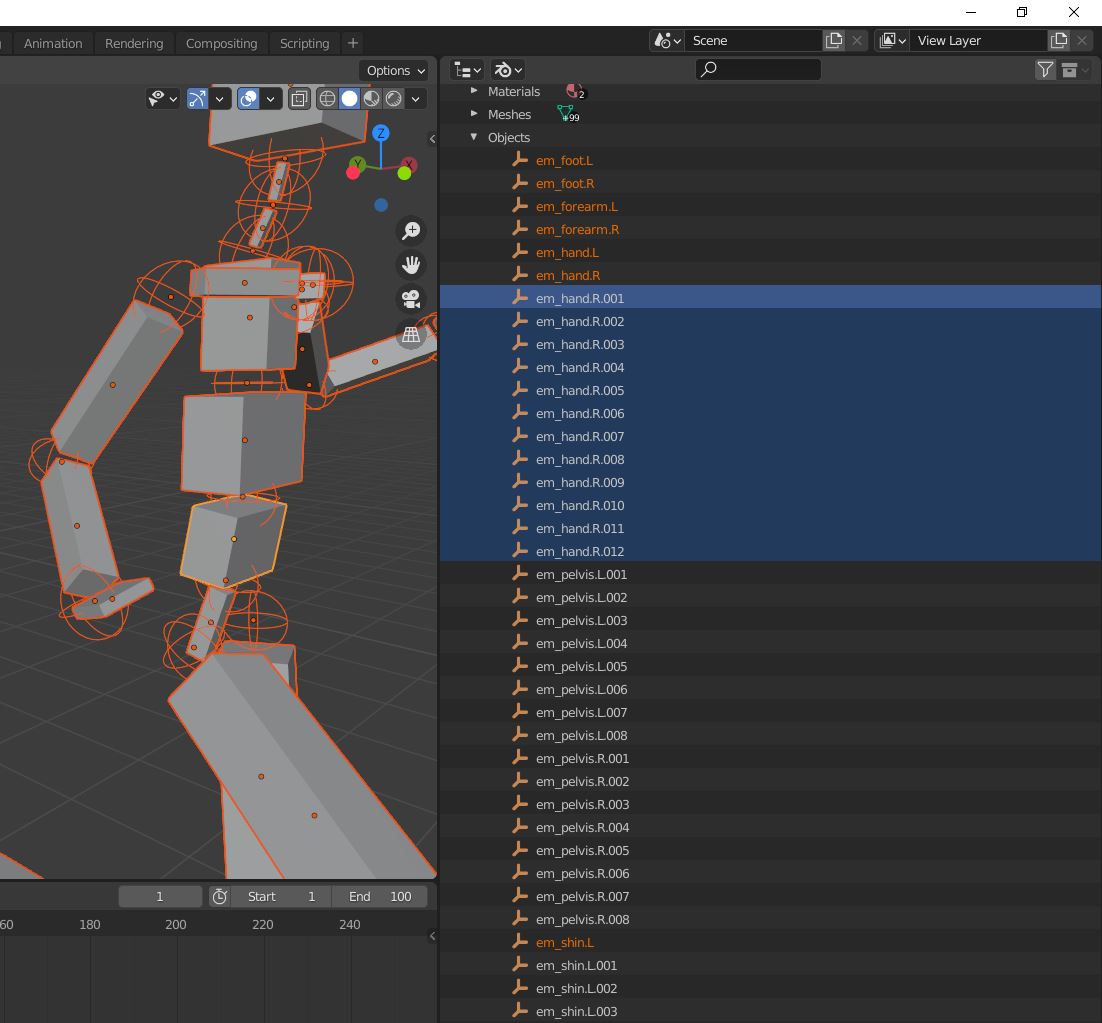 If you want to see the hidden copies, create a new file, delete everything and use File → Append ... to append the collections RigidBodyContraints and RigidBodyWorld from this file. These collections are used internally by Blender and are connected to the lost objects. This way you can append them easily to your scene. 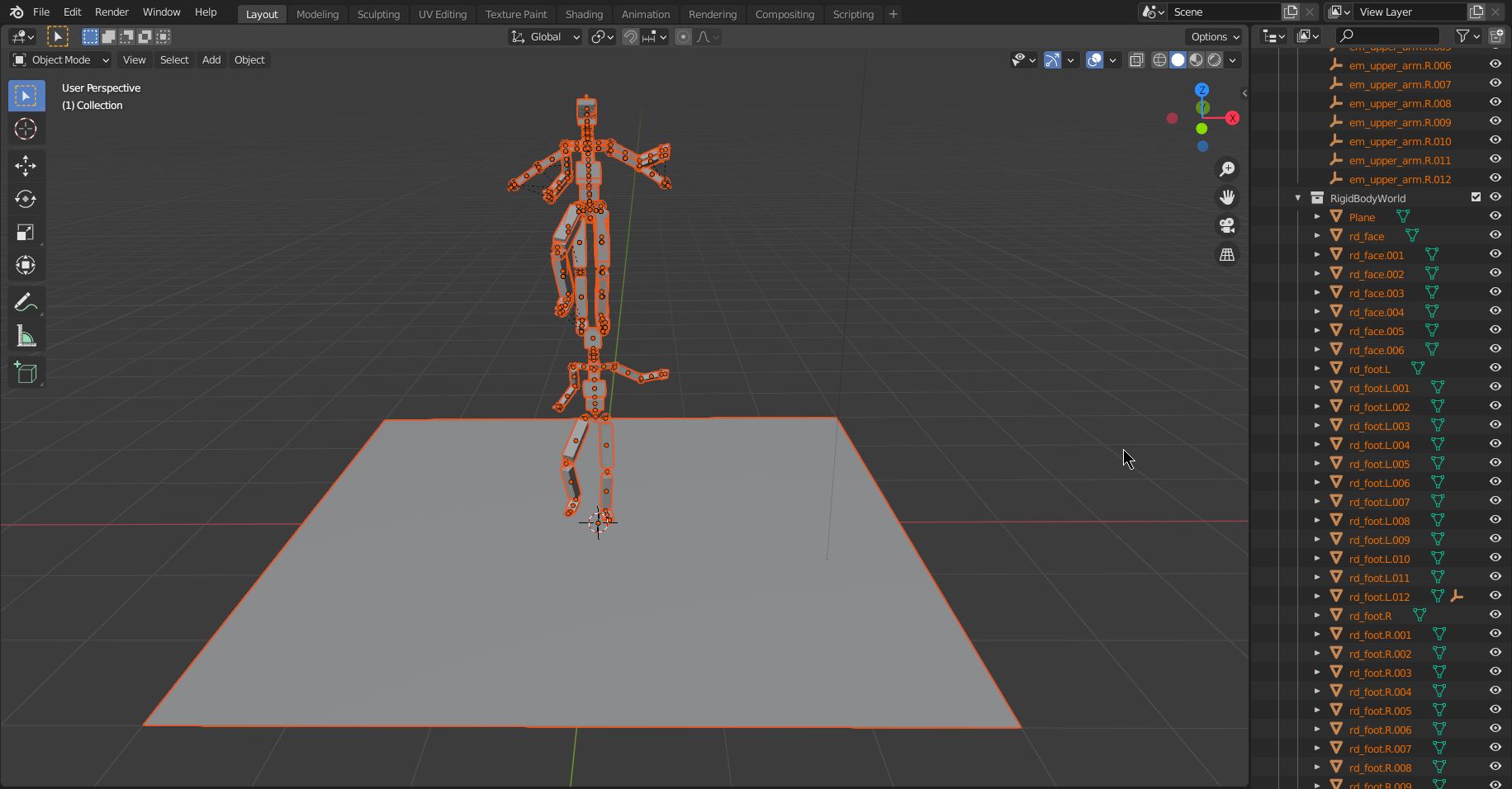 Not the answer you're looking for? Browse other questions tagged physics constraints or ask your own question.

0
How to setup reasonable ragdoll constraints between body parts?

0
How do you disable physics force field for multiple objects/meshes?
3
How to make a “Force feedback” effect with physics?
3
Blender 2.78a force field not affecting particles
3
Rigid body physics: Why objects are attracted without any force applied?
0
How can I use physics connect functions in Blender 2.8?
0
Physics object with force field render oddly shaped and jagged
0
Why aren't these objects rotating? Physics question