Displace modifier RGB to XYZ Direction, how to invert on the x axis only

I have two high poly objects, both with a displace mod and their coordinates set to global, their direction set to 'RGB to XYZ', the strength set to 1 and the midlevel set to 0 but they both use a slightly different texture map that's actually a movie. my goal here is to get some really jagged points based on the texture from some of the geometry and point them all towards a specific vector from where they're grabbed from. the thing is my first one is angled exactly how I want but the other one cant seem to 'mirror the first ones angle. what I thought I should do is go into the Material settings > Colors > Clamp and disable it and then make the Colors > RGB values negative numbers but this doesn't seem to work despite the tool tip in the Clamp bool implying as much. I've tried several things, including trying to use some nodes which I know nothing about and never even got close, and I'm still not sure how to reach my goal. My main questions are:

All help is greatly appreciated and ill give more info as its needed. 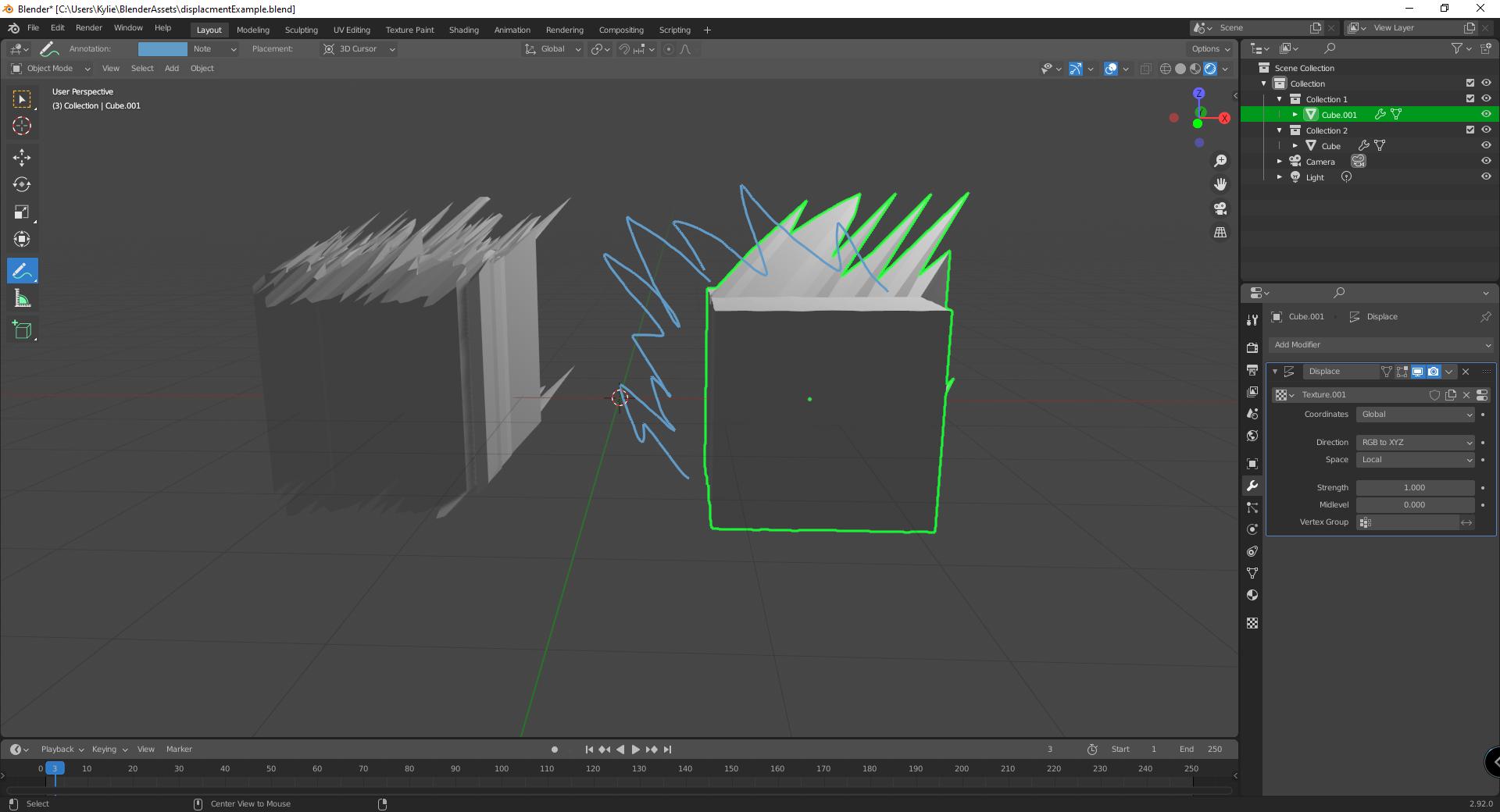 I have solved my issue using nodes rather than a modifier thanks to the suggestion @Allen Simpson commented. I'm fairly new to the workflow and application of shader nodes but I will try to explain in more detail.

My issue was that I needed to turn my texture map into a Vector Displacement node to point my displaced geometry in a consistent direction something the Displace Modifier can also do using the textures RGB values. the only issue is the modifier method requires you to set RGB values in the Texture Properties > Colors > R,G,B and it only accepts values 0-2. you can use the strength value in the Displace Modifier to multiply that value even in the negative direction but it applies it to all 3 RGB values equally. not sure if there is a way to do what what I needed via the modifier but that's ok.

After giving the shader nodes another go I found the Separate RGB node and everything clicked from there. After feeding it my color from my Image Texture nodes output I fed the R value, which represents the only axis I wanted to modify, into a Math node and multiplied by -1 and fed the output and the G and B into their respective X, Y, Z values in a Combine XYZ node. Then I dropped that output into a Vector Displacement node to give the displacement its direction. 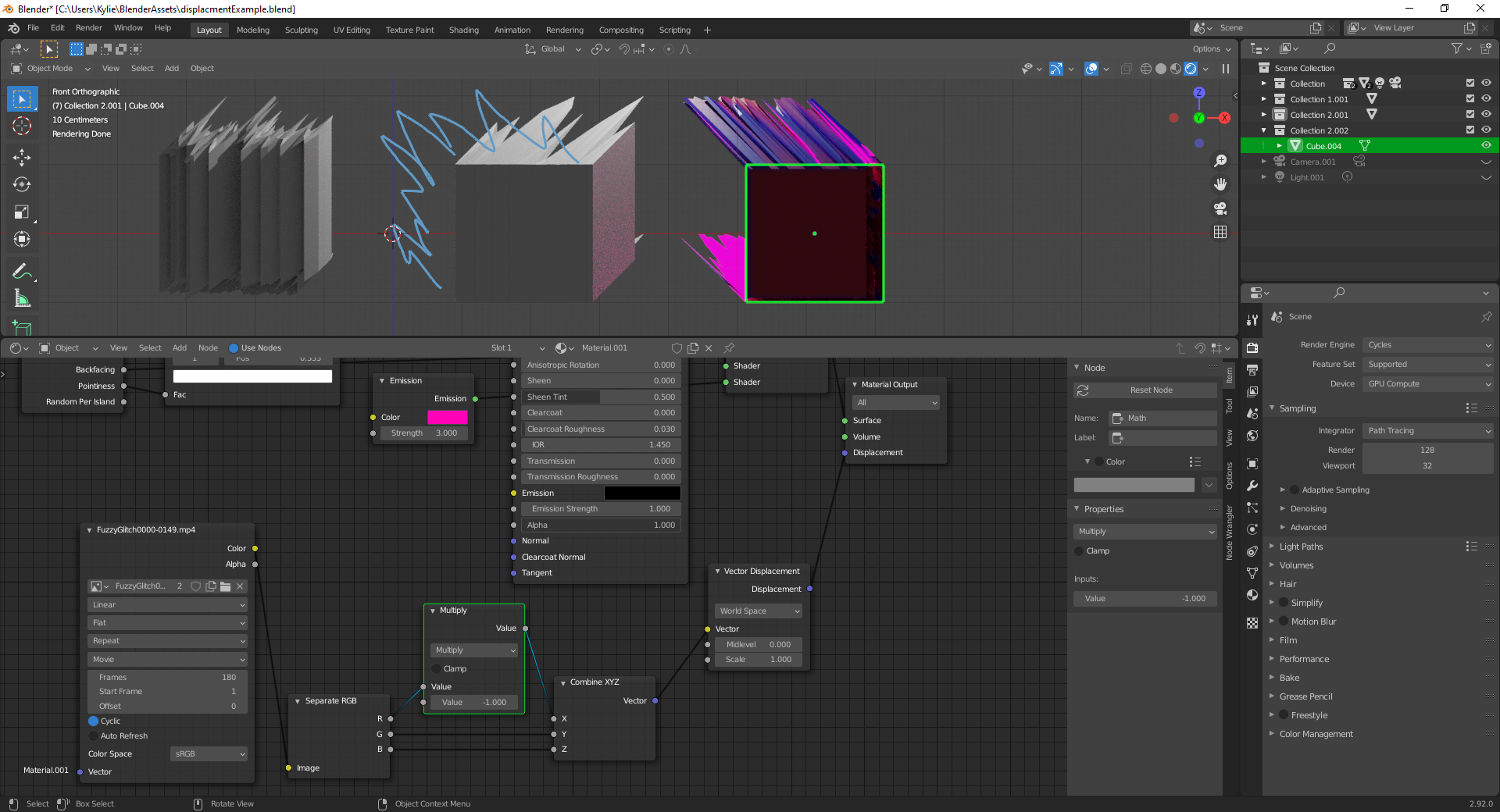 With this solution you can easily build a vector by adding a Math node to each of the other values on the Separate RGB node before combining them as XYZ!

Also to answer my own other questions;

Not the answer you're looking for? Browse other questions tagged texturing geometry displacement or ask your own question.

0
Displace modifier does not match the texture
1
Heightmap-based displacement with 90-degree corners
0
Displace graphics over fabric?