Despite weights being painted correctly, mesh moves in weird ways when I try to animate bones

So I'm trying to rig this little wolf up, but the weighting is really weird. Whenever I move any of the bones, despite the weight painting being all correct, it moves the entire mesh rather than just that bone and its children. So in the second picture, as you can see the whole wolf moves, but it really should only be the upper body. 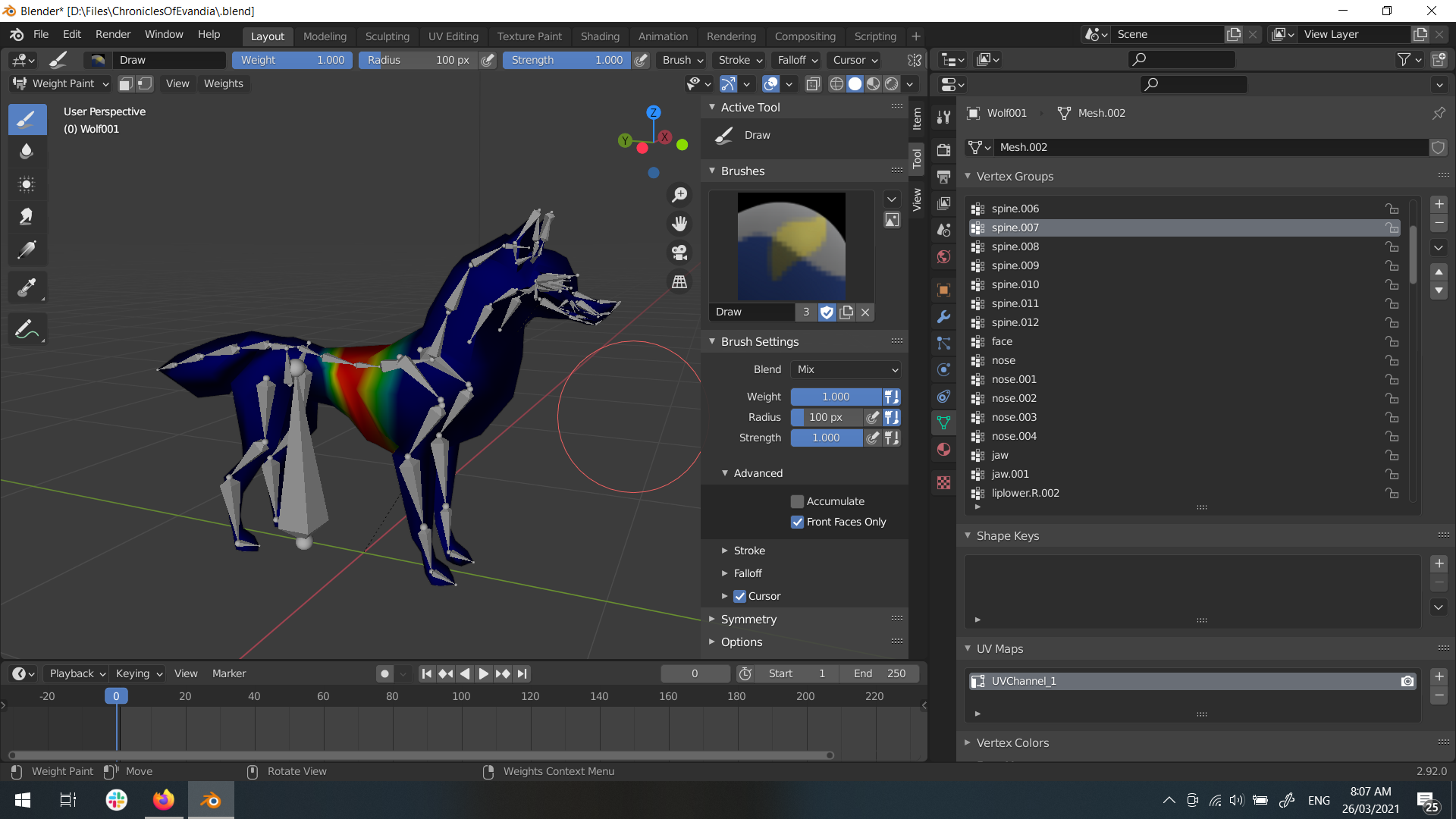 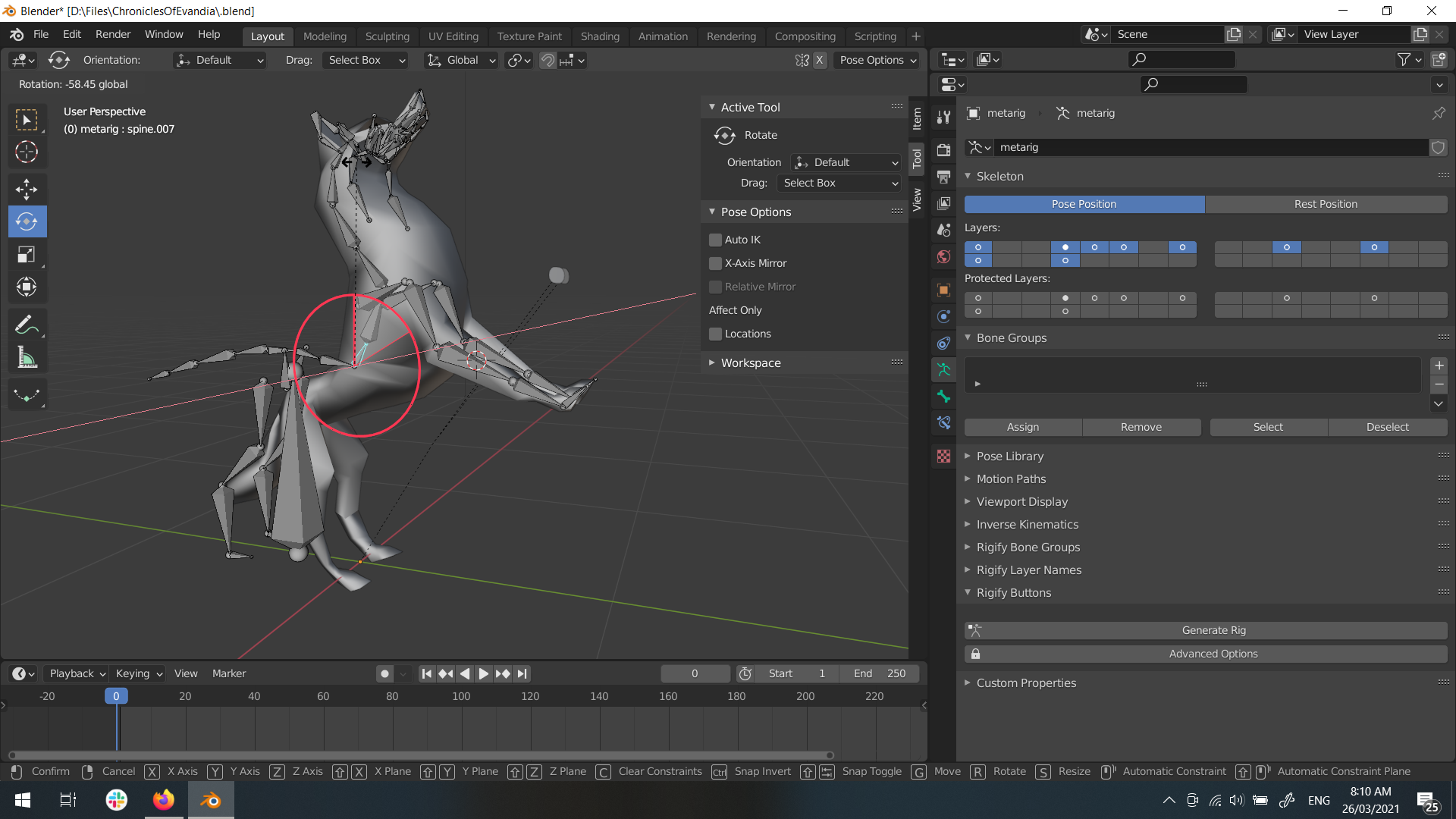 I read somewhere that it could be something to do with 'rubber tweak' but I can't find that option anywhere, and I don't even know if that's actually the issue.

Additionally, when I move some other objects that have the weights painted correctly, it doesn't move things enough, like on the tail: 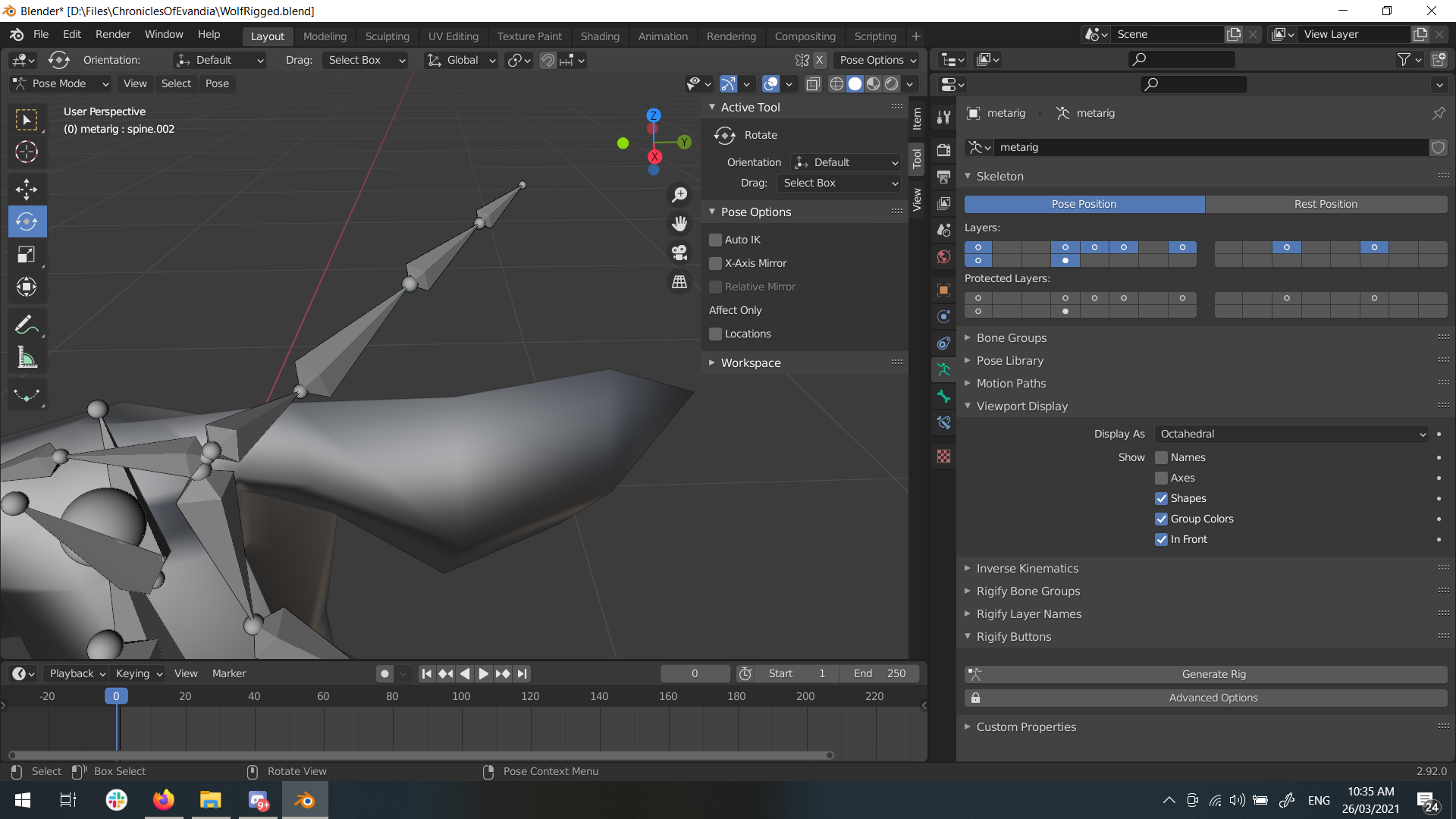 Finally, it seems that it's only the spine that's causing the whole mesh to move, while other bones just don't move the rig enough.

I used the wolf premade riggify rig and edited it to suit my needs.

You have overlapping vertices, so go in Edit mode and merge by distance. You'll maybe have some corrections to do though.

Not the answer you're looking for? Browse other questions tagged rigging armature bones or ask your own question.

0
Mesh freaking out when moving bones
0
Rigify Rig: What's moving the chest bone?
0
How do I make my mesh move 1-1 with the bones
0
Smooth deformation of rigged vertex group
0
The bones connected to the Spline IK do not follow the whole armature - Still need help
1
Blender bones are confusing. How do they work?
0
How do the visual control bones work in rigify?