change the global variable value from function in bge?

I'm trying to make an inventory with 4 cells or more and 2 various items or more. 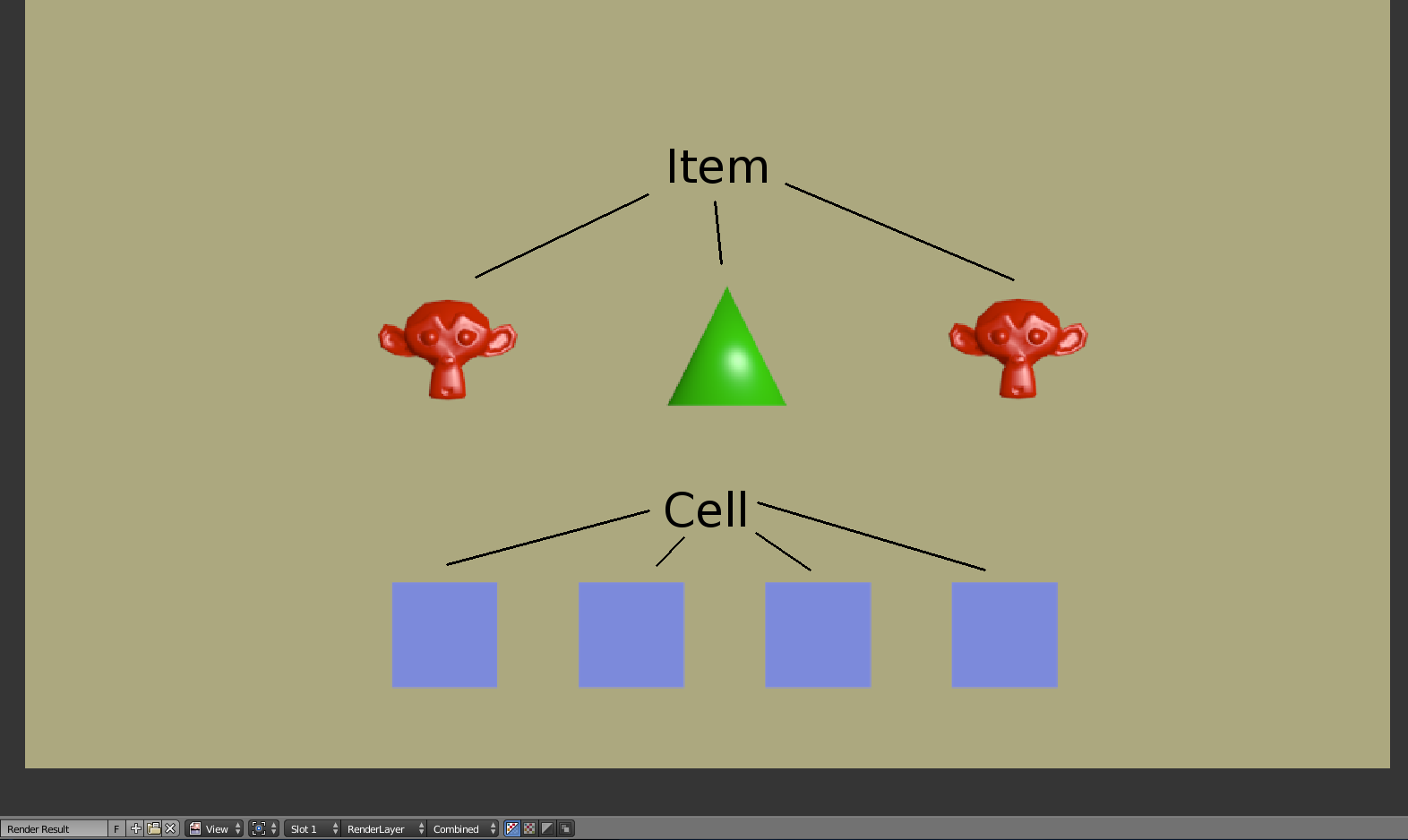 I want to check if the variable x is set to False. If so, then the cell1() function should be x set to True. The idea is if x is True then nothing should be collected. In principle, should represent x if the cell is empty or full. My problem is that x is always "False" after the function has finished??? Why does it work in Python but not in Blender?

I do not understand why it prints variable x twice, and why is the second line False? I think Blender makes two variables of the same name.? Because when I write print (x == x) then comes twice True. Why does the Blender in this way? Or is there another way to do it.

This is, no kidding, straight from my professors mouth.

There are three scopes of Variables; one does not apply to blender.

Local variables would be like game properties, or a material. They have effect on only those procedures and functions who posses them and objects/procedures designed to be affected by them via collision, near, ray, radar ect.

They can only be changed/accessed via the procedures/functions to which they belong.

Global variables (this is the real answer) can be changed, accessed, and modified by any/all procedures, functions, and objects.

I have the same problem. I create global variable and then access it from two different classes: button changes it +1, panel draws it. However, while panel can always draw it, button CAN NOT change it - and yes, I used the global keyword inside the button class.

After some digging, my answer is: Blender can not create Python's global variables directly in a script.

My explanation of "Why?" comes from understanding of Blender internals:

On Windows with Python 3.4, its double run leads to

As expected, python enviroment was terminated after first run and all its context was forgotten. When run be second time, Windows allocated new memory for the Python, where the code was executed again as new.

However, one would expect in Blender, whose thread/process is still running that such global variable would be remembered. IT IS NOT. Its double run using Text>Run Script or Alt+P twice in Blender's Text Editor mode leads to

While I do understand the need to save everything properly into .blend file, I do not agree with the Blender's policy: Use my API or Die. I am writing GPLed CAD for Blender and I will use my own portable HDF5 file to store scientific data properly. Blender is used only for visualisation and volume definition. So it does not need to and should not depend on .blend file at all (remember, portability). I want use python's global variables for my UI, but I can't.

Hopefully, the Blender Developers will change their mind in future and will allow classic global variables in one script. Until then, I recommend the second option - import your another module with global variable in it. Just for completeness, the first crazy-for-beginner option may look like

can be used in your original script as

where the my_var will be remembered during whole Blender session and finally the third, little-extreme but always-working option is

Not the answer you're looking for? Browse other questions tagged python scripting game-engine or ask your own question.

2
frame_change_pre handler only works once
7
Why deselecting an already selected vertex does NOT work?
1
Passing variables in IntProperty constructors ignores changes in the variable when creating more instances using CollectionProperty.add()?
1
Custom Property vs ID Property for temporary User Preference Variable?
0
How do you know if a collection has been clicked on by the user using Python?
0
Perform same action on all selected objects
1
Why is globalString not being updated by localUpdate in this add-on?