I'm receiving this pinching problem when I add a solidifyy modifier to my surface. ANyone know why this is happening? The mesh is pretty simple. 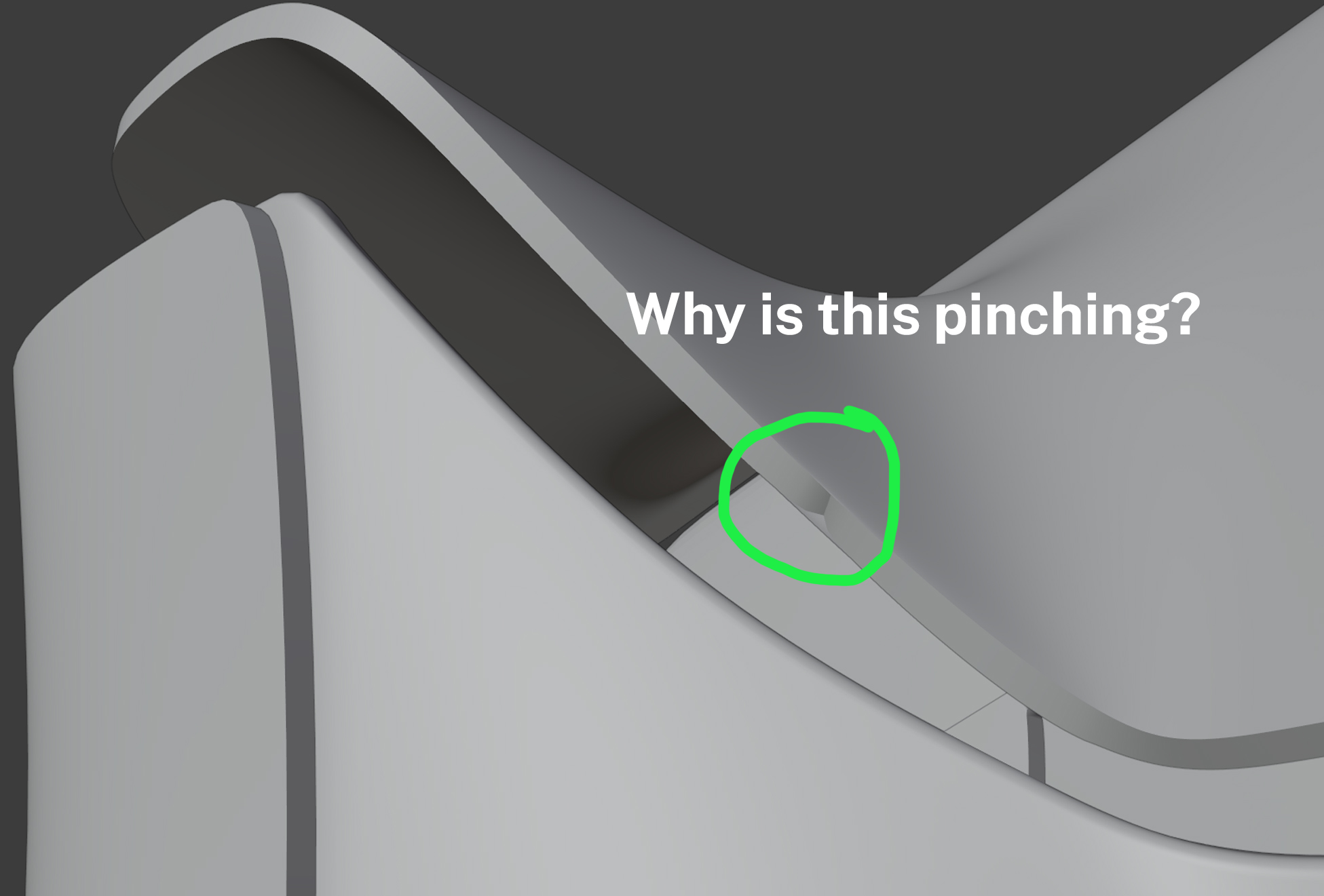 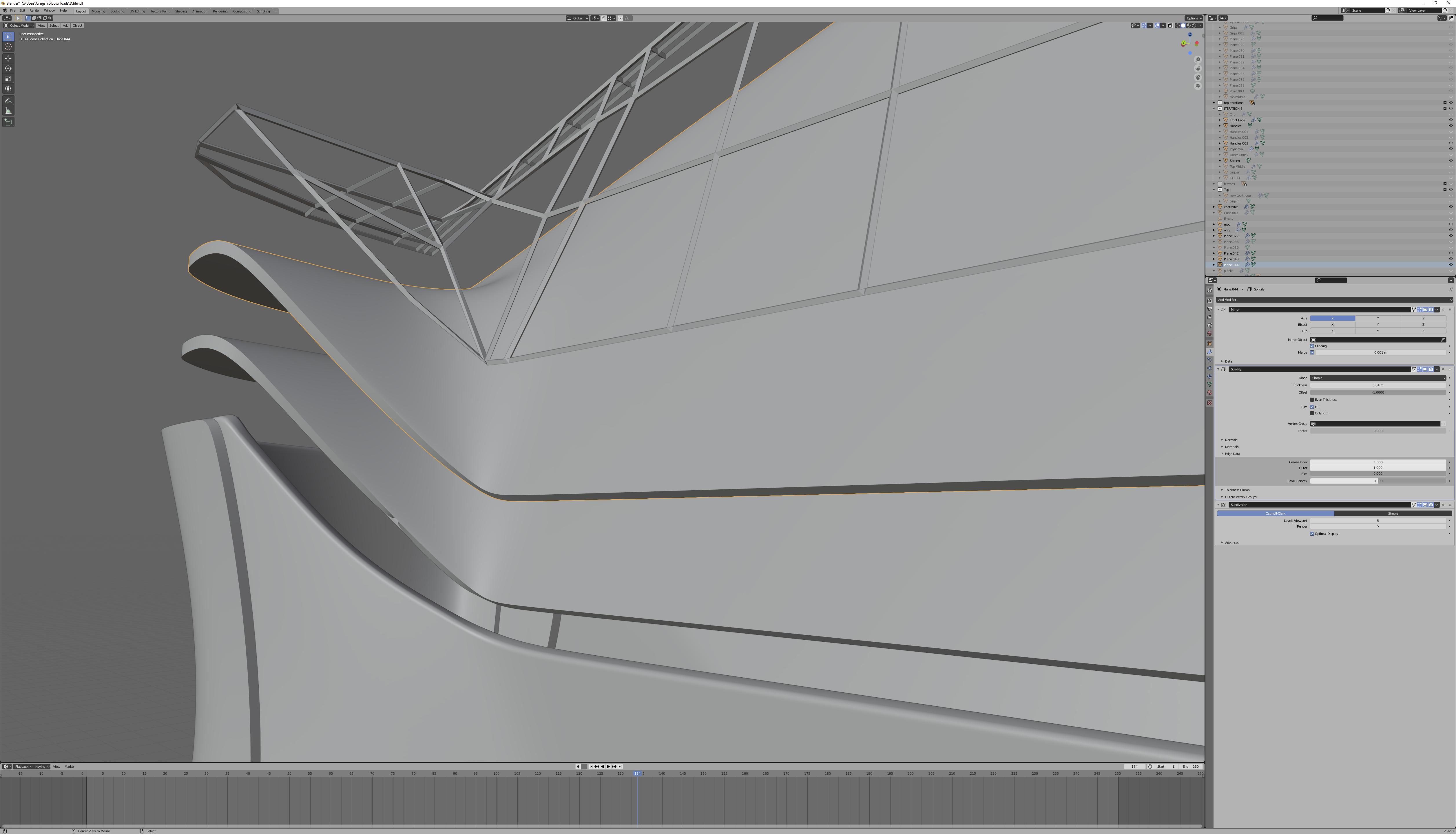 Bottom layer: your original. Selected: my recommendation. Top: Your object without any modifiers, but with a wireframe.

So the problem here isn't really with your solidify, but with your subdivision, and how it interacts with the shapes you've given it. It's the subdivision that's pinching, and the solidify is only making that pinch much more apparent. If you look at the problem area, you're going to see that it's getting screwed up by a quad that is almost degenerate (three verts lie on a line, ie a 180 degree corner), and the only thing making it not degenerate is that it's out of plane with the rest of the quad. It looks like you're trying to force quad topology onto something without thinking about other characteristics of good topology, and you're paying the price for that. (This is pretty normal in my experience; the first thing people learn about topology is "Quads!" before they can even say why, and it takes a while to learn anything else.)

What would good topo be for this? Maybe something like this: 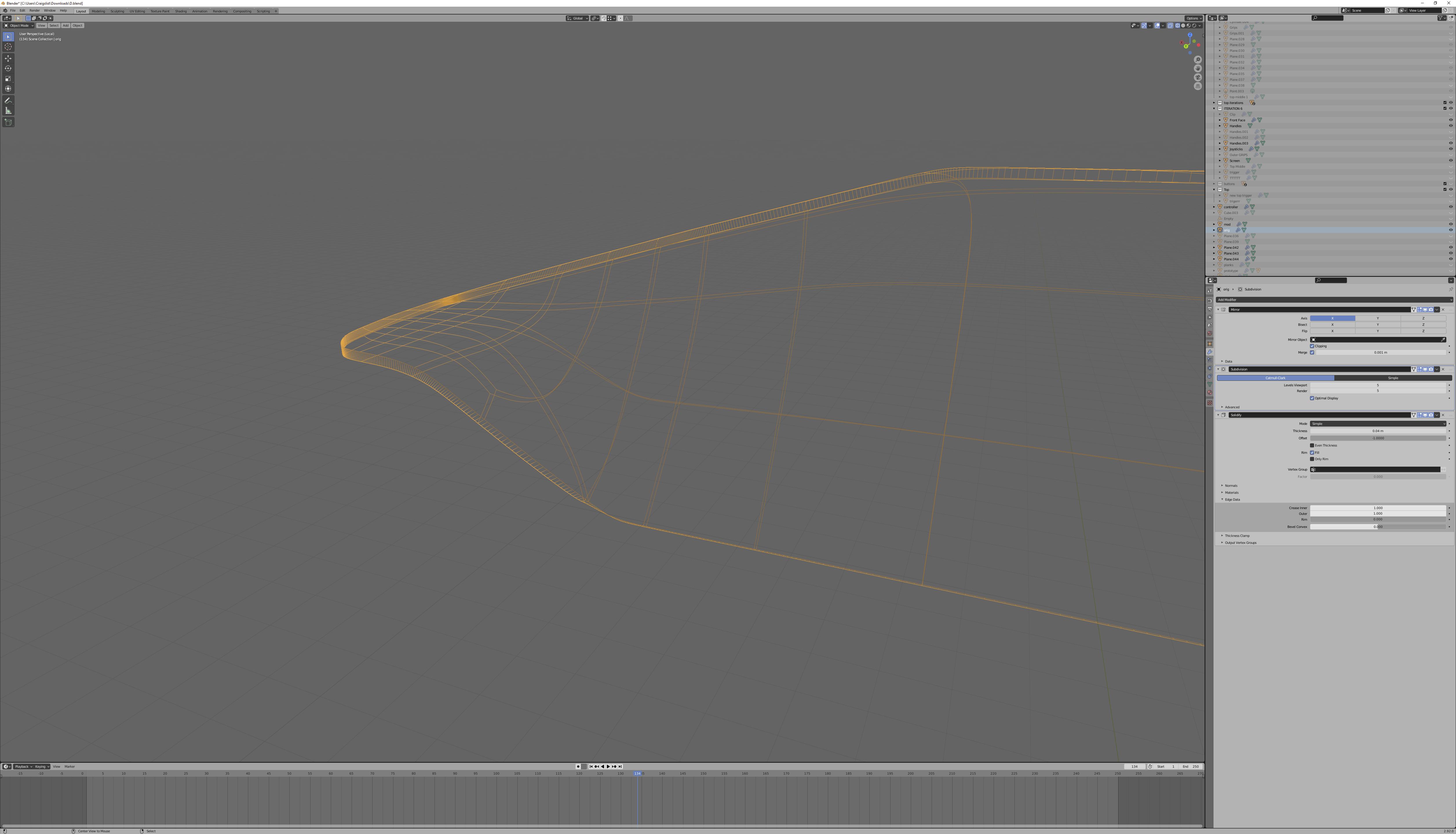 By changing the edge flow, I can maintain quad topology, without any degenerate quads, at the price of a nearly-planar 3-pole. And we lose that pinch.

2
Why can't I translate parts of my mesh with the 3d widget?
0
Help with transfering items to rig
0
Avoid pinching due to mirror
1
Subdivision Surface Problem
1
Blender - Subsurface Modifier causing extreme pinching in L-shaped corner
0
problem with deformation of curve modifier
1
Problem using Bevel and Subdivision Workflow
2
How do I model tight corners without getting pinched geometry?
0
Pinching geometry when using subdivision modifier