I can't get the stars to follow the path. Tried everything I found in other questions to no avail. 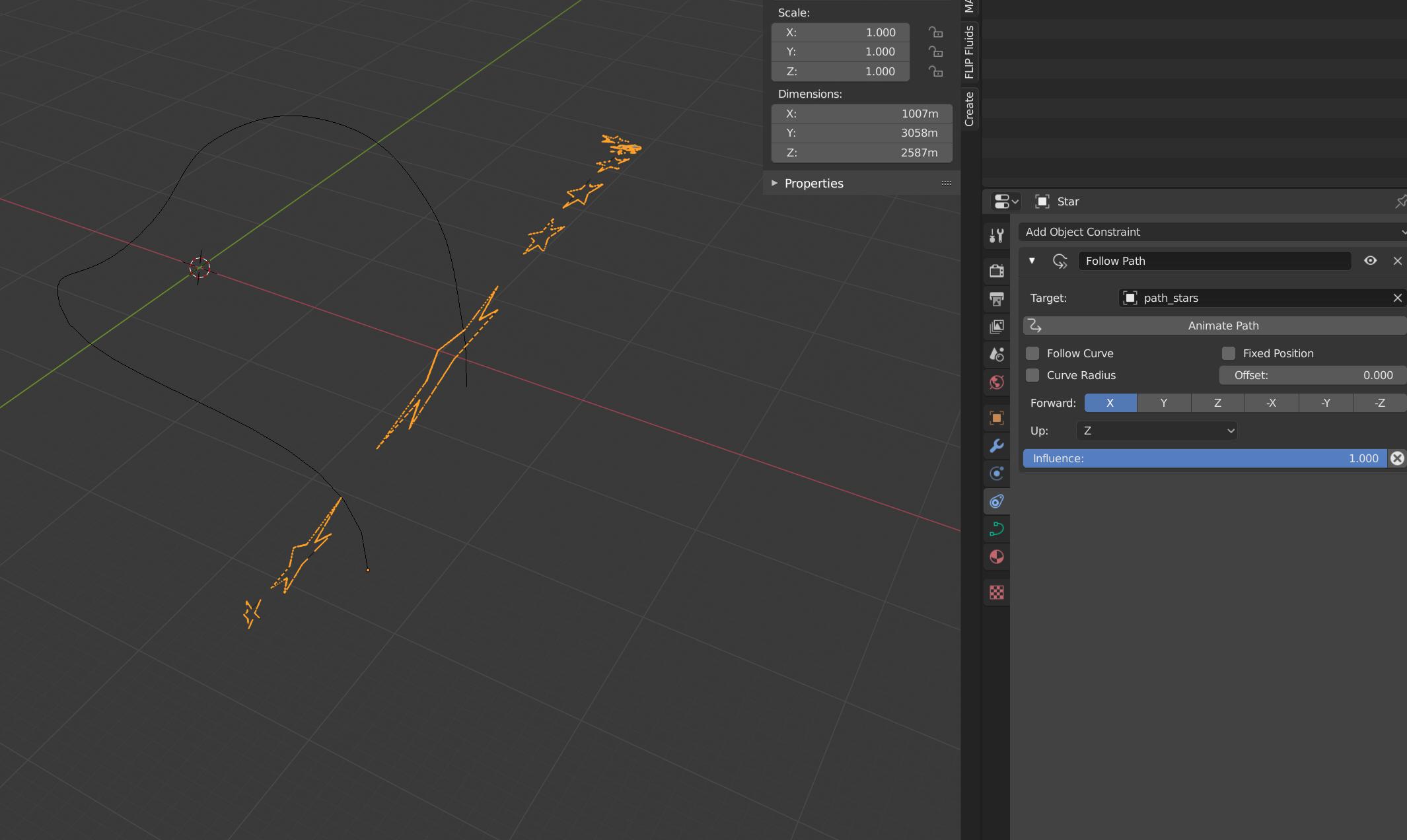 You've given a Follow Path constraint to your object as if it would act as a third modifier but it won't, it will just move the object along the path and the object will be affected by the modifiers independently. So I guess you have 2 possibilities: Either remove the modifiers, convert your star to mesh, give it modifiers again, and keep the constraint so that it moves along the path. Or, if you want to keep your star as a curve, remove the constraint and, in order to move along the path curve, just move the star on the X axis.

Not the answer you're looking for? Browse other questions tagged modifiers bezier-curves constraints path or ask your own question.