I have some bullets that simply have an always sensor and motion, but since I have gravity on, they fall in a weird way. They do not fall and hit the ground on the tip of the bullet, but rather hit the ground in the exact position they had when they were fired, sleeping. How do I have the bullet tilt as it falls, and possibly have it hit the ground on it's tip?

You can do this by having your gun fire a setup like this. 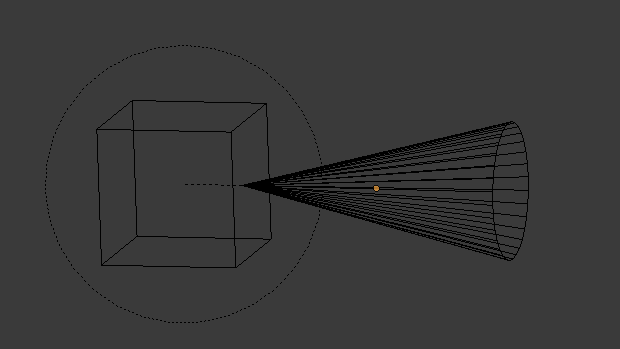 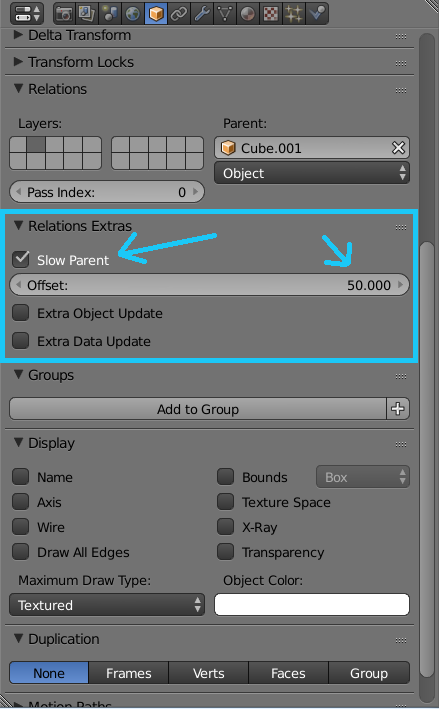 With this option enabled, the cone will lag behind the cube when the cube is fired out of the gun. but we still need the cone to rotate. we can do this by making it track to the cube.

Now when the cube is fired, the cone lags behind and points to the cube. this creates the illusion like it is dropping due to gravity.

However there is still a problem. when the cube hits the ground, it starts rotating. Because the cone is parented to the cube, it also starts spinning out of control. We can fix this by preventing the cube from rotating. Remember, the cubes is only so the cone has something to track to. IF you want, you can also use it to calculate the collisions. 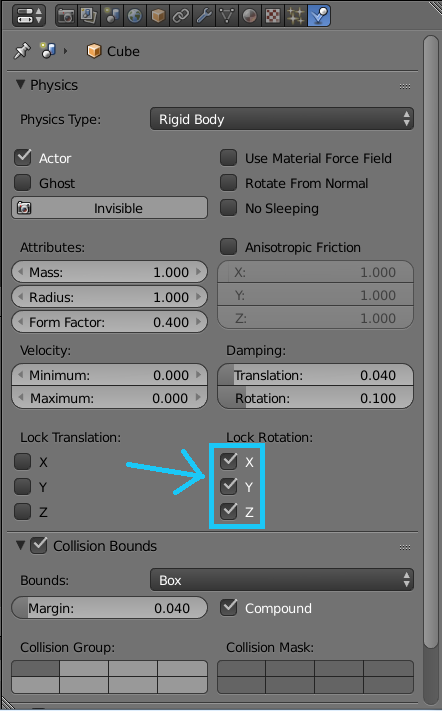 Now we can test it again.

It now looks like it should, but there is a giant cube in front, and the cone does not look like a very convincing projectile. And, when the cube hits the ground, the cone still fires off slightly. we can fix the problems with the cube first by making it invisible, and enabling the ghost setting. 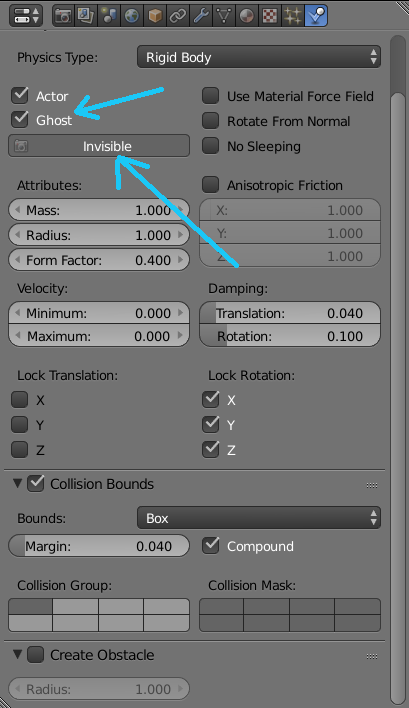 Now it will pass through the plane, making the cone follow it as it would if it was a bomb falling to the ground. however, we made the cube invisible, so we can't see the cube anymore. we can only see the result.

This is good, but the cone still does not look like a very good projectile. You can obviously model anything you want for this, but I chose to model a missile because they look cool. I also added an explosion when the cube hits the ground, and some other awesome effects to make it look cool.

Not the answer you're looking for? Browse other questions tagged python game-engine physics logic-bricks or ask your own question.

0
How do I make a missile that lands with the nose facing down in BGE?

5
How to make small objects fall properly with rigid body?
3
Two stage collapse using rigid body physics?
10
How to build building that is made of small pieces - how to correctly put rigid body over rigid body?
2
BGE Animation in wrong place
0
Cube will not collide no matter what
0
Stopping a character fall in Blender Game Engine
0
Object persisting in scene after endObject is called
2
randomize falling pattern of an array