Searched many tutorials / forums in order to understand the problem but couldn't find one that solved it.

The problem occurs with fingers: middle, ring, and pinky starting in the middle of the 1st one, as seen on the 1st image. 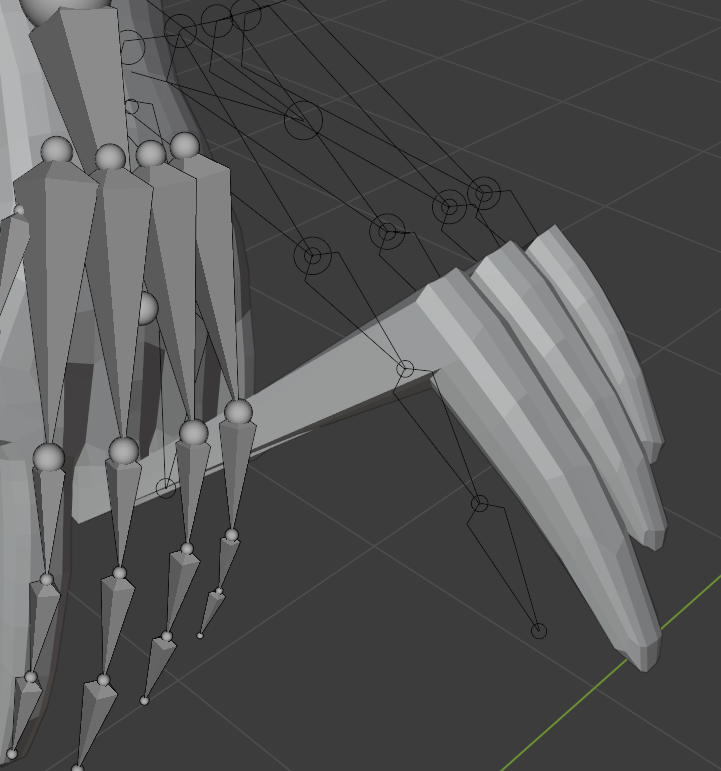 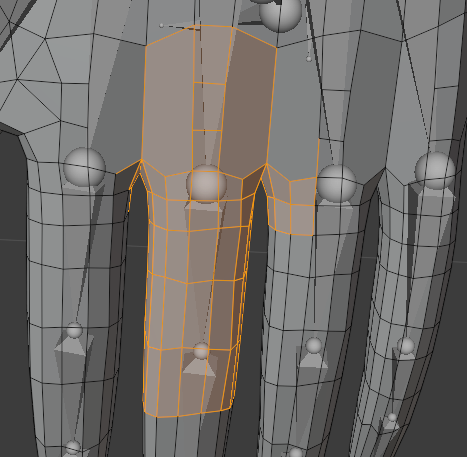 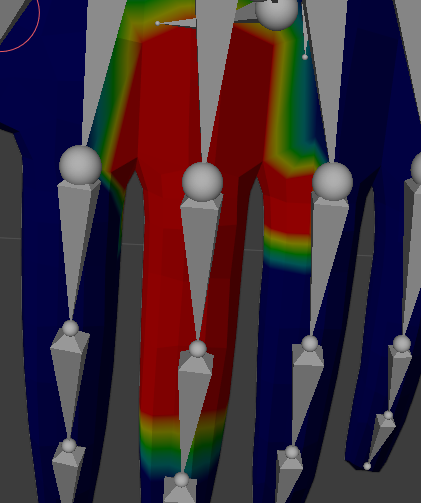 I checked if there were any differences between the index finger (as the index works perfectly) and the middle finger but couldn't find any. There is no problem with the parenting / weight / vertex groups and I am out of solutions. I am up to anything (logical, of course :)) that you can suggest.

There were problems with your rig. I had to create the Rigify rig over from scratch. First, it wasn't clear that your final rig had ever been generated, because I couldn't find any character controls. Yet there were two versions of the rig, both the meta and the regular. So I found it strange that no controls were visible. I checked the layers, and half of them seemed to be missing. No idea how this happened. At this point, I realized that there was no solution but to restart.

Another issue is that your mesh was bound to the metarig. You don't want that. The purpose of the metarig is to act as a temporary stand-in for the fully featured final rig, so that you can shape it in accordance to your character mesh. Then you generate the final rig from the metarig using the "Generate Rig" button under the Object Data tab of the Properties Panel. After that, you should see your new rig appear, with all the needed character controllers. You should see this new final rig, complete with its controllers before ANY binding is undertaken. After the new rig is generated, you need to remove the metarig, because you are now done with it. In my version of your file, I have moved it aside, rather than deleting it. Some consider it a good practice to keep the metarig around in case you need to source it again later for whatever reason. This way, you won't have to reshape it all over again. But you should still probably hide it. I left it visible so you can see that it is still there, but not in use.

Finally, the topology of your model is problematic in places, particularly in the fingers. You may find that this leads to bad deformations. I recommend downloading Makehuman and using the models it generates. They are really good, the program is free, ridiculously easy to use, and it's designed to interface with Blender well. You can always reshape a model it creates to suit your artistic tastes. And it saves SO much work.

Not the answer you're looking for? Browse other questions tagged mesh bones or ask your own question.

0
How to add a base bone after other bones have been created?
0
some vertices don't follow bone chain with Spline IK
1
How to transfer weights between vertex groups on separate meshes
0
Mesh hair does not properly follow head
1
Armature is not moving all vertex equally even though they have the same weight
2
Finger getting twisted with rotation