I'm having trouble making a plane using the screw modifier transparent, because "the plane" is shining through?

In this video, using an old version of Blender (2.78), it looks as easy as enabling transparency, and adjusting the alpha https://youtu.be/owid9yrq97s?t=2494

However in the "new" version of blender (2.92.0), it seems they've quite reworked the way materials work. I've created a material that uses an Emission and Transparent BDSF shader, through a mix-shader, so I can adjust the transparency, and while it's working great for "solid?" objects, it doesn't work for the object using a screw modifier:

I've tried to create a minimal example below:

Fac ("alpha") 1 is great. There is no transparency. 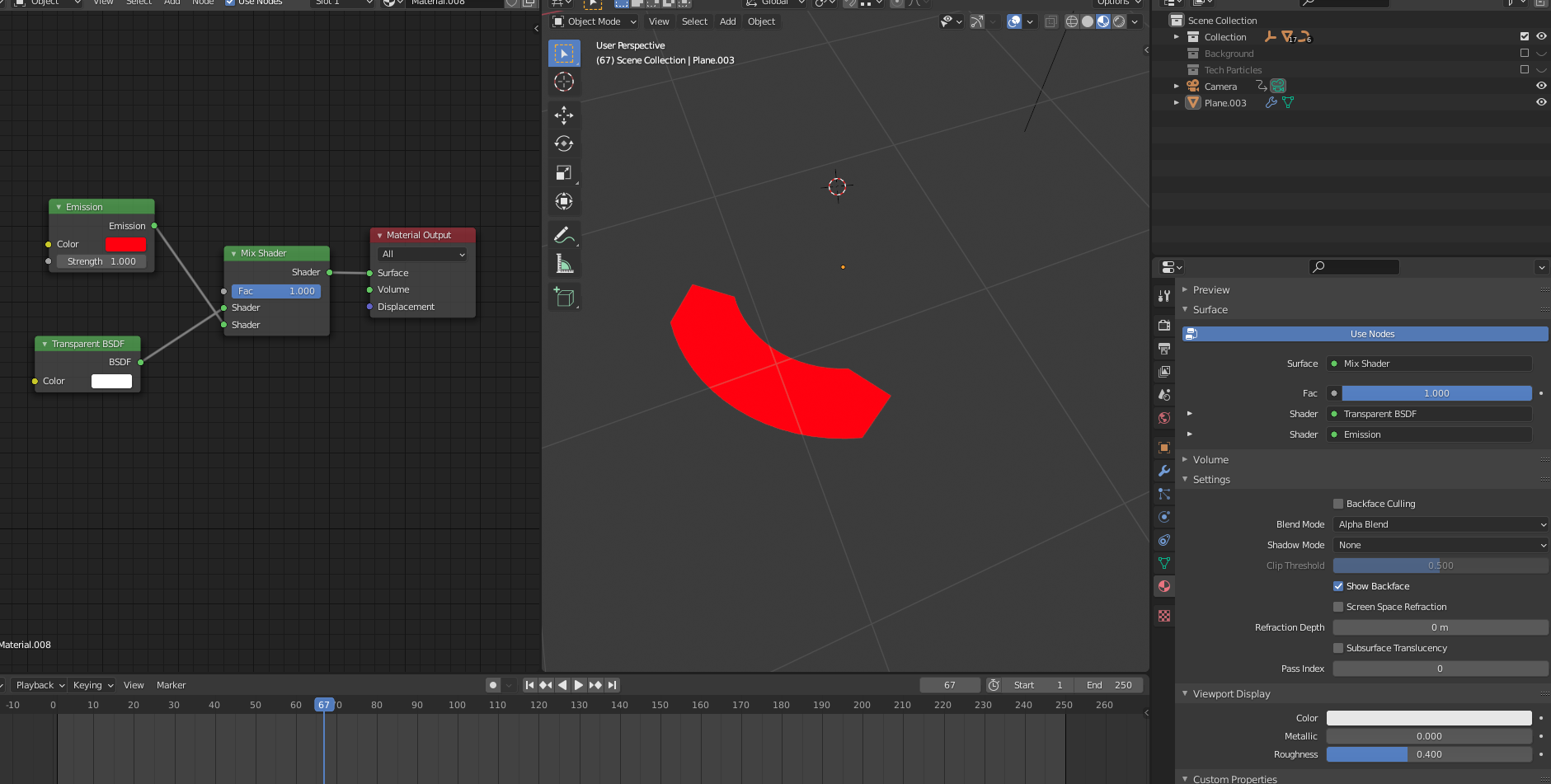 But when I adjust it down.. I get two different colors.

I'm using the screw modifier for the object, so I imagine that it's being drawn over itself? And that I'm seeing the object over itself. Because if I delete one of the vertices, like in the gif below, suddenly I get the color that I want? But then I don't get the shape that I want anymore.

Furthermore I would really like to keep using the screw modifier, so I can lock different angles to keyframes and do the "radial animation"-thing.

I've tried enabling Backface Culling, it has the same result as deleting the vertice: (I reckon it's probably not "the same," but it looks identical.)

Disabling "Show Backface" and "Backface Culling" gives this really weird color, that I believe is due to some clipping:

It feels like I'm missing something super simple, but I was at it for 4 hours the other day, and since I very recently picked up Blender, I'm simply not aware of what tools I have at my disposal.

PS: I am using the Eevee render engine. I don't know if this bears significance.

Alright, so I'm not entirely happy with this solution, but maybe I should be?

I've managed to work around it by.. enabling Backface Culling on the material:

I've been here before, but I also noticed that you can "flip normals" under the Screw Modifier:

Now I can duplicate the shape and remove the Screw Modifier:

.. and finally set the "plane with the screw modifier" as a parent object:

Setting it as parent isn't strictly necessary for the color part, but it makes it quite nice to scale and manipulate otherwise...

If anyone has a good solution that just uses the single object with the screw modifier, I would like to see that!

This feels quite hacky, but "if it's stupid and it works, it's not stupid" 🙃 😄

Not the answer you're looking for? Browse other questions tagged materials eevee-render-engine transparency screw-modifier or ask your own question.