Need to modernize my scripting, this bpy based script from 2.77 doesn't run in 2.92 so I can't post my main question yet [duplicate]

I need to make a custom mesh, don't know how and want to post a question about it.

However before I do I want to run an example of something simple. I've been away for several years, this runs on 2.77.

Question: What are the changes to Blender that prevent this old script from running in the modern world, and how to change it so that it runs in 2.92 which I will start using now?

Once I can do this I can create an example on which to base my more challenging question. 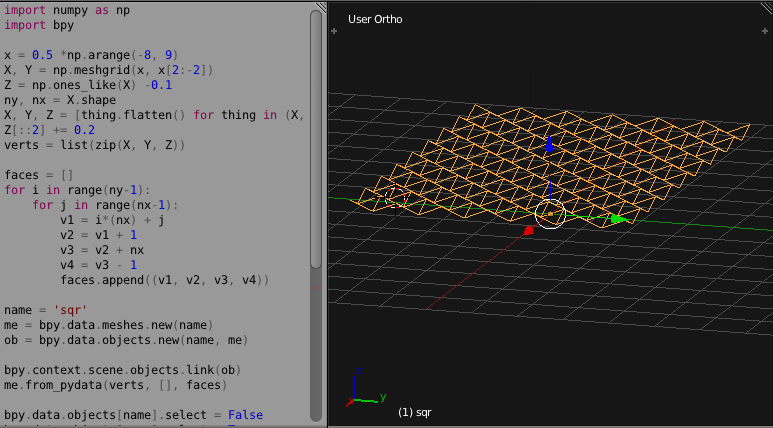 The answer to your question may be found in this Q&A. Since 2.8, it seems that objects should be linked to collections instead of scenes.

Not the answer you're looking for? Browse other questions tagged python mesh bmesh or ask your own question.

3
Switching render engine in a script without using .context.scene
2
AttributeError: 'module' object has no attribute
3
duplicate the mesh in edit mode and flip normals using python script
2
Why this script doesn't run as expected?
0
Why can't I run this Python Script to export the drawn parts to an .stl file?
3
Accessing nodes in a node group to draw float property in panel
0
python - Obtain list names used in a project (Noobie Question)
0
Blender 3.0.1 How to import 'tabulate' into script