How to create a bent spring?

I found and followed a tutorial from youtube to create a spring but I found that it can't bend.

I want to create a jack in the box so I want the crown to be able to hang down to scare someone. The model doesn't have pose mode and I can't use bones to rig or weight paint it. What am I doing wrong here?

You're going to have to abandon the method used in that tutorial if you want a bent spring that looks natural. Using a lattice will not preserve its volume. Just the same, using a curve deformer on the final spring will also not preserve the volume — even if you try to get smart and use nothing but curves. I tried it! It doesn't work. 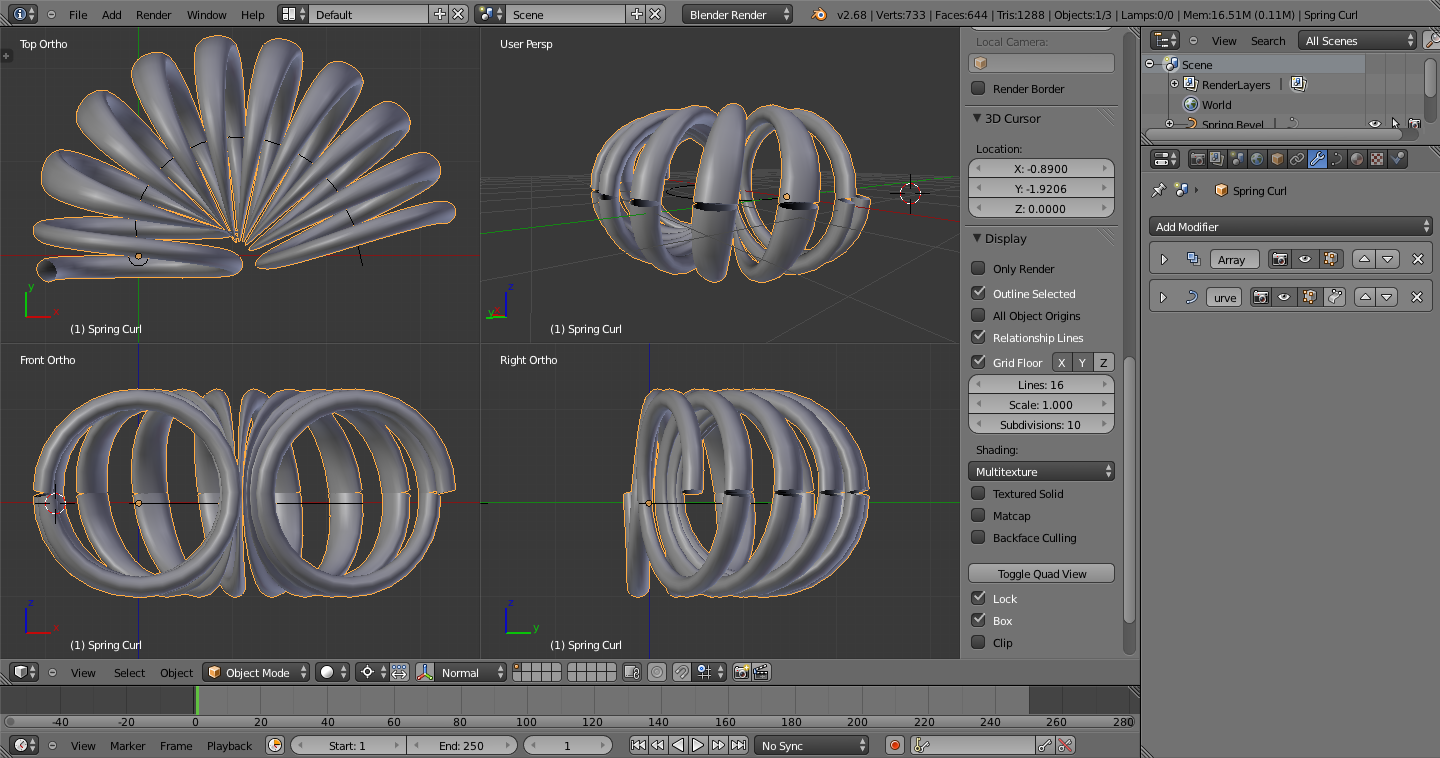 Here's the 5-minute walk-through of my method: 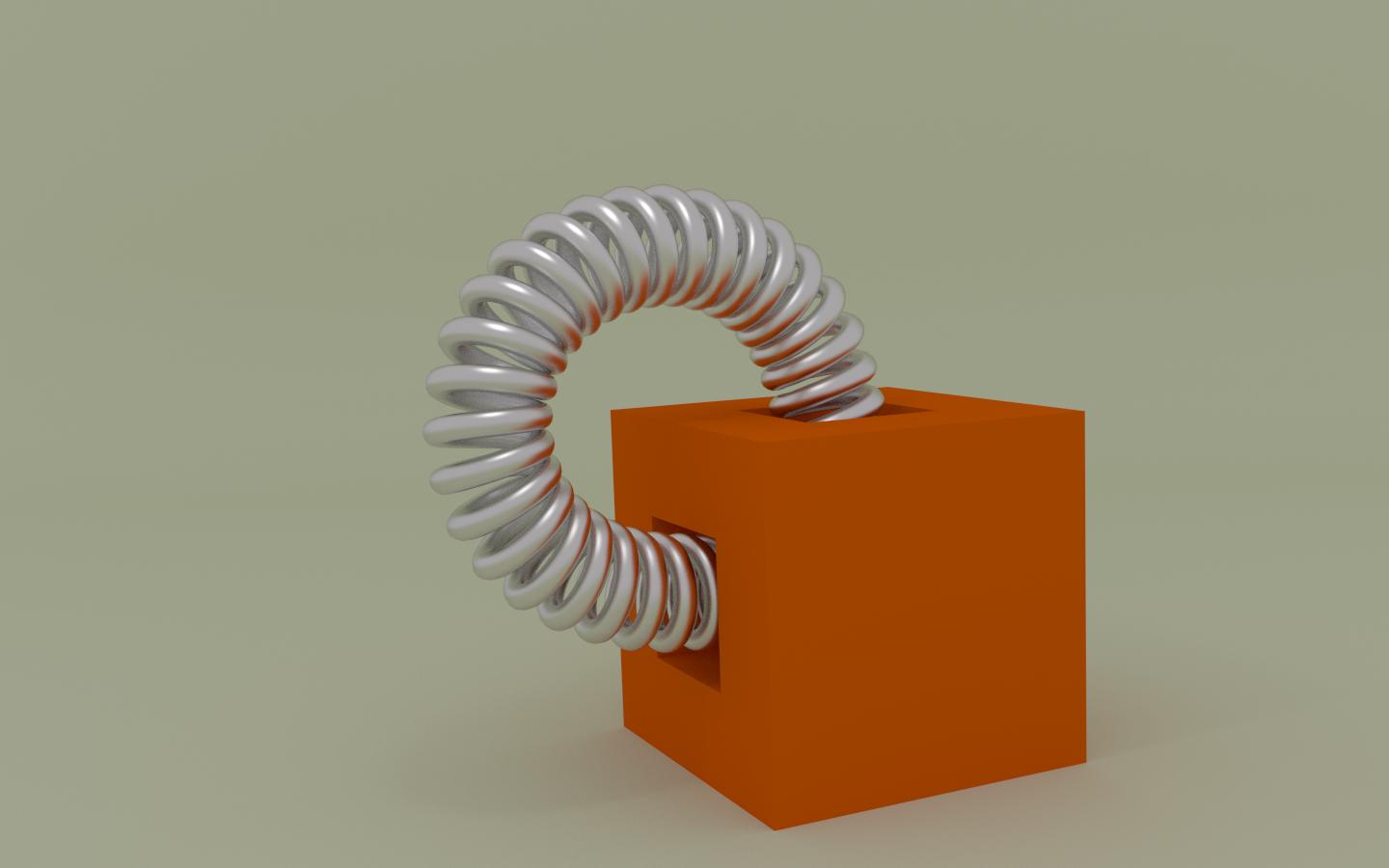 If you only want to bend it in one direction, putting a simple deform modifier after a screw modifier would probably be the easiest solution.

To be more precise: Screw modifier (360°, Scren ~5, Steps >10, Iterations >5), below it a SimpleDeform modifier set to "Bend", the angle that you want your spring to be bent and a controlling Empty that is oriented to define the bending axis (Z axis of the empty defines the rotation axis). 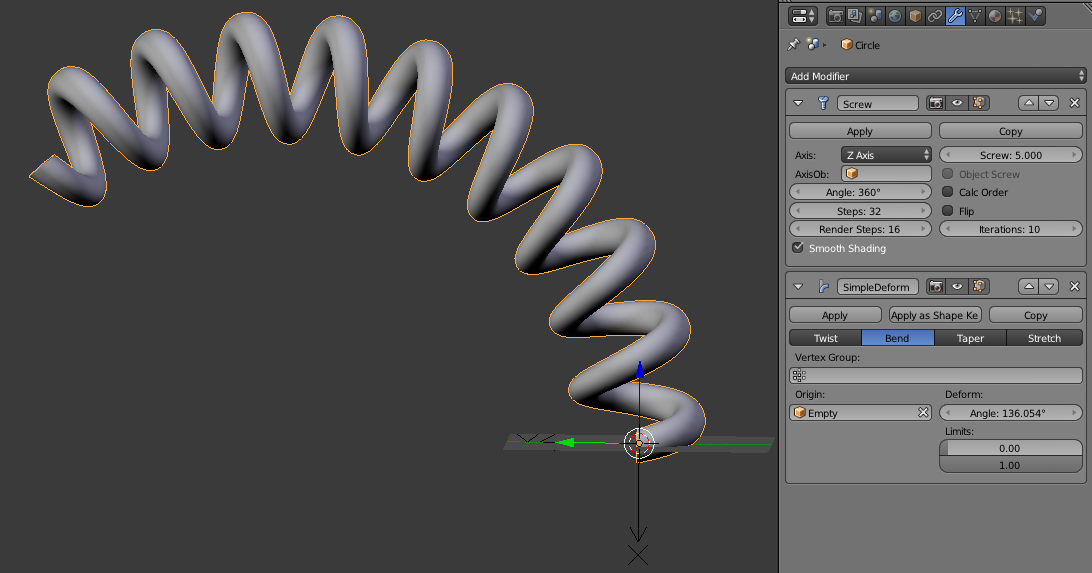 You can model the spring using any method, either an Array modifier or a Screw modifier and then use a curve modifier to deform and animate the spring. (Animate the both the curve and spring at once, or use hooks to move the control points of the curves) 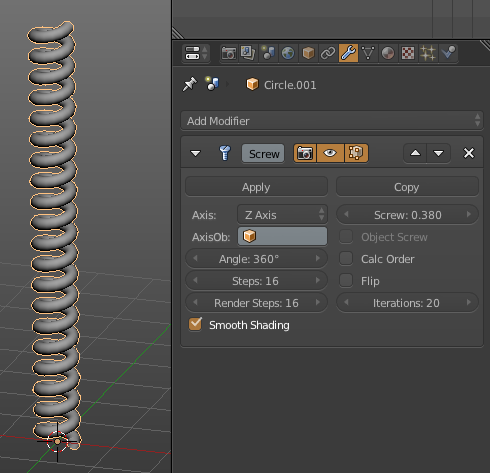 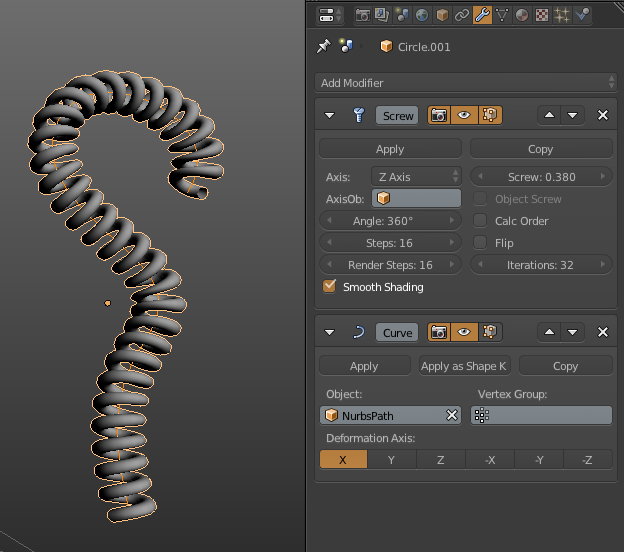 Note that the origin of the curve and the spring must be in the same place in order for it to follow the curve properly. You may also need to rotate the spring on the Y axis by 90 degrees depending on how you setup the spring and curve modifiers.

To animate the curve, simply create a hook (Ctrl+H) for each of the curve's control points and animate those.

6
Rigging an Umbrella and Weight Paint
1
Rigging a flexible rod
1
How to animate a curve in pose mode?
0
Rigify - How to adjust the super spine?
0
Can't move in pose mode, only rotate
1
The geometry of the mesh gets distorted when rigged and posed
2
Newbie question - Armature not parenting to object - please help