How do I add a new panel to the Properties Editor? 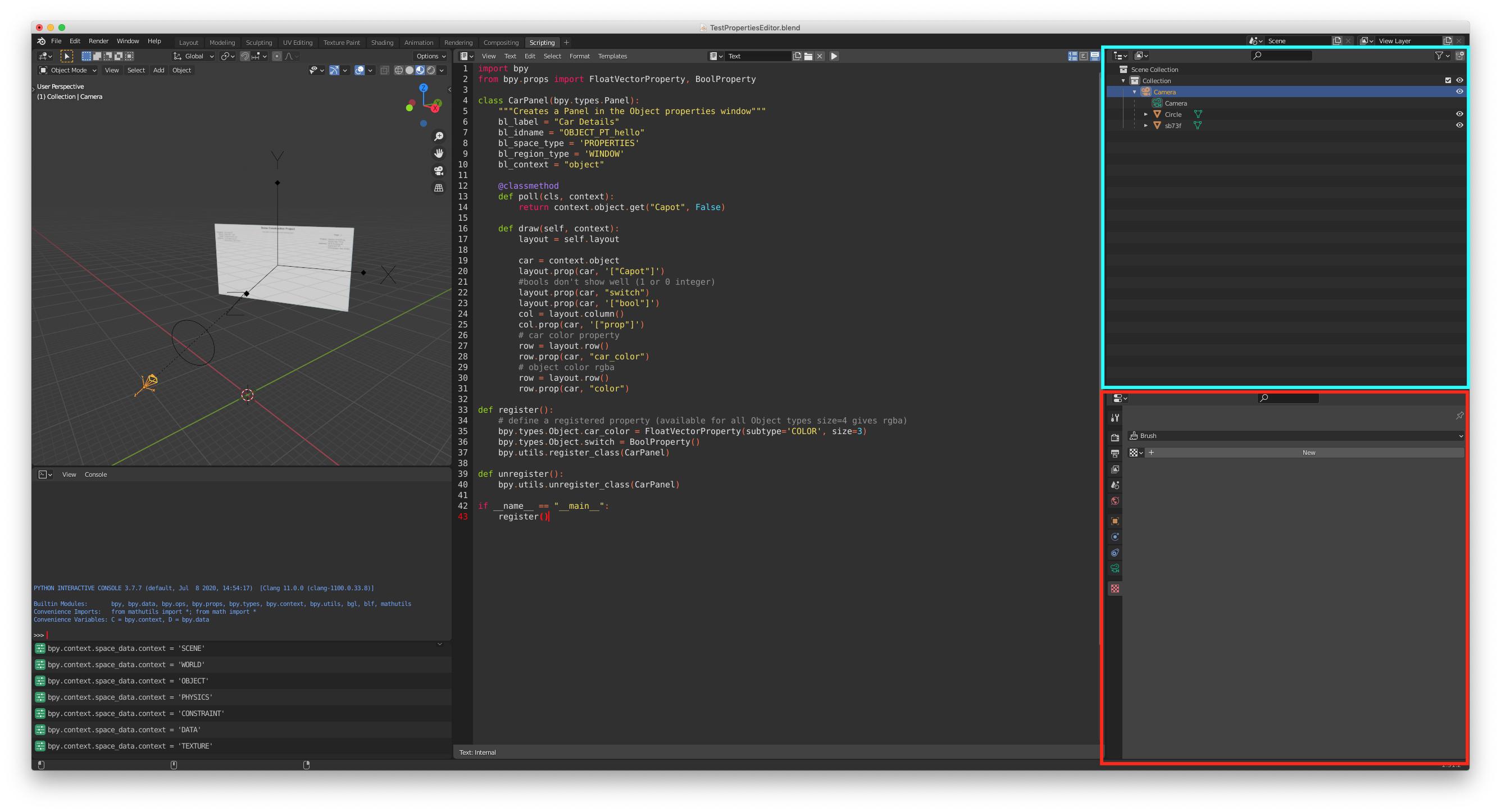 So, first, can someone provide me the correct names for these areas? And, since I'm not sure of names, I'll just call them the highly technical terms of "Red Area," and "Blue Area."

A user on SE:Blender sent me an example script that created a tab and panel in the red area, so there was another panel for a specific use. I tried it a couple months ago and it worked. I've been heavily involved elsewhere for awhile and came back to this issue about 2-3 weeks ago. I copied his script in and it didn't work - no panel in the Red Area.

So I went into the Script Editor and picked the "Ui Panel" from the templates and ran that. It looked to me like it was supposed to add a panel to the Red Area, but it didn't. I checked the tabs in the 3D View and nothing was added there at all.

Then I copied the script in the image above from this answer to test it:

I did not see a panel added in the Red Area or anywhere else at all.

Last example - I went to Blender documentation and this page has this script:

I ran it and it seems to have no effect at all.

So what am I doing wrong? Why don't these scripts seem to do anything and what do I need to do to add a panel to the Red Area? (And what are the proper names for the Red Area and Blue Area?)

when adding a panel to the properties area we set the context as signified by the icon on LHS. This is set with bl_context. To get a panel in the questions "Red Area"

all the examples given in question are in object context. Press the Object tab. (cube)

Not the answer you're looking for? Browse other questions tagged python scripting interface add-on properties or ask your own question.

48
How to create a custom UI?
7
Adding Other types of Custom Properties
1
How to enable or disable panels with the click of a button