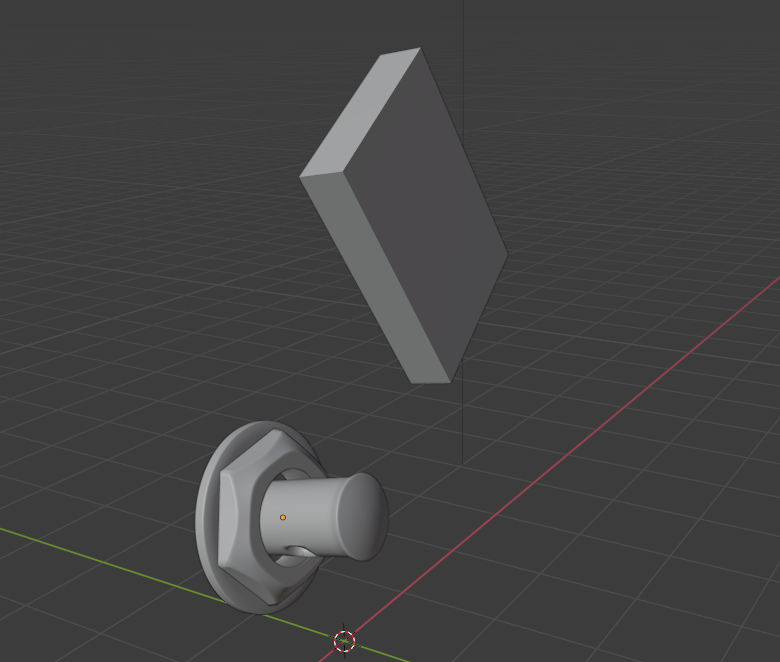 I wanted to rotate the nut in the picture around its own z-axis. So I turned the transform orientations to Normal. But somehow the rotation of this object as well as of the two adjacent obejcts ehaves in a way I don't understand. When I move the object along its normals it behaves the way I would expect.

I also added a new object (the cube in the background) and tried to do the same with it which works well.

If this is of any help: I originaly rotated the object this way by snapping it to another face, afterwards made linked copies and used a mirror modifier. But I can't seem to get behind this issue.

Your object has a Delta transform (Rotation X = 90°)

4
How to get the mirror image of an empty?
5
How to control the direction a bone rotates?
1
Rotating an Empty at a constant speed, through a Python script
2
Centre every object in relation to each other
1
The character arm rotates the wrong way after 180 degrees
4
How to mirror an object along with its local transform orientation?
1
Rotate does not update dimensions
1
How to Get Object's Coordinates to Display as 0,0,0 when Parented, and Update Transform Values as if Parent was at World Space Origin?