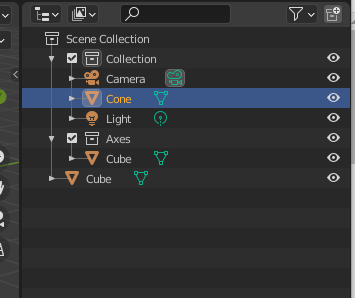 Here is my script:

So, my questions are, why is the Cube in both collections and how can I make sure it is only in one, and can I make the new collection active so that new objects are automatically added to it?

Browse other questions tagged python collections or ask your own question.

3
Object appears twice when linking it to a collection