I need to simulate the interference of two sinewaves

My ultimate goal is to simulate the interference of two sinewaves. They do not have to follow at the moment any specific physical requirement (the wave modifier could be OK).

I thought to proceed by steps and first trying to render 1 sinewave and then 2. For each sinewave I would like to have a 2D representation, like a wave modifier seen from above (e.g. concentric circles on a water surface). I first tried using particles and let them arranged by a force field emitted by a mesh plane with a wave modifier. Seems ok, but it is very heavy on my PC. So I thought I would stick to the wave modifier only and find some way to render depths and peaks with different colors (a normal jet color map could be OK). I am not an expert so I wonder whether you could suggest a quick way to do this.

After this, I would like to simulate the interference of two waves, just visually, without any matematical calculation (again, imagine the example of drops of water falling on a water surface).

Ultimately, my plane would be to convert whatever I managed to do in 2D, in 3D (say on a spherical surface).

I would appreciate any input :) thanks !

If you'd like to visualize interference in 3D, that can also be done. The animation below illustrates 5 sine waves interacting with each other in 3D. The coloring is done by taking a slice through the combined waves and assigning colors to the intensity of the wave. Using shaders is fast enough that the images can be generated in real time. This solution is based on an an antenna/radar example here, 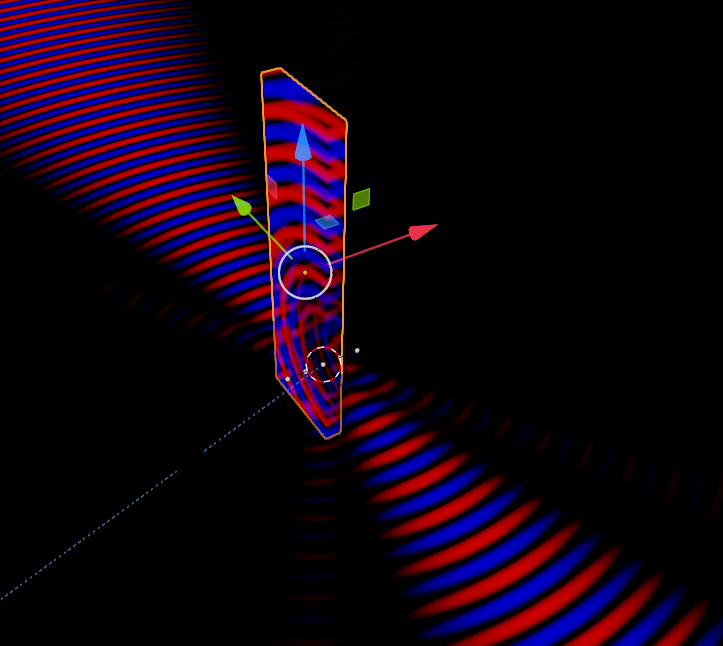 Details for visualizing 2 interfering waves on a surface - (Tested on Blender 2.92) 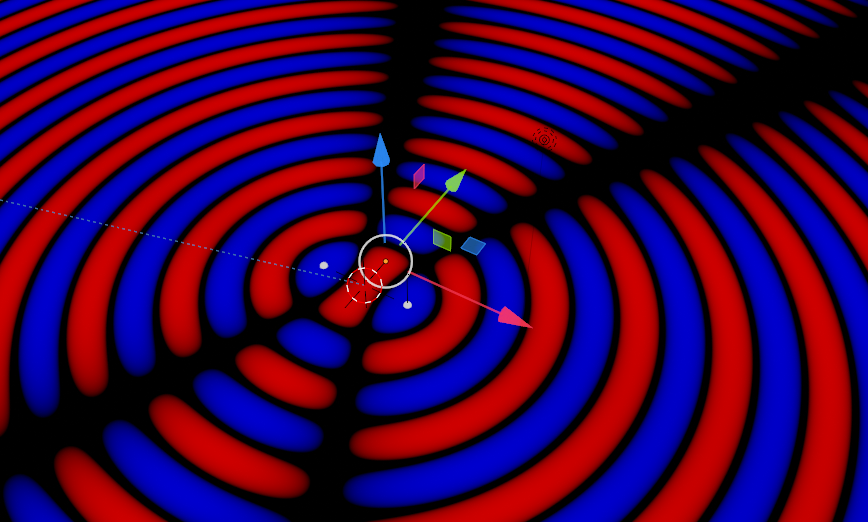 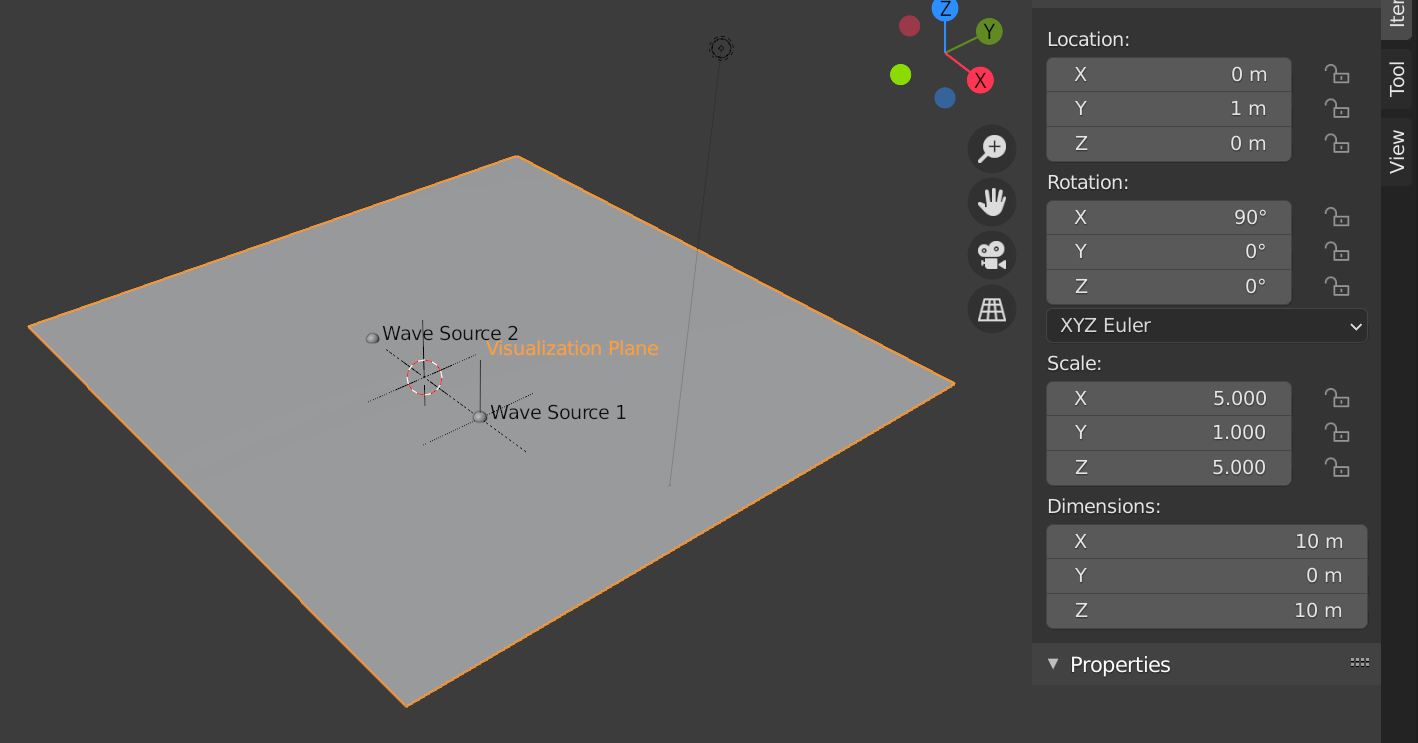 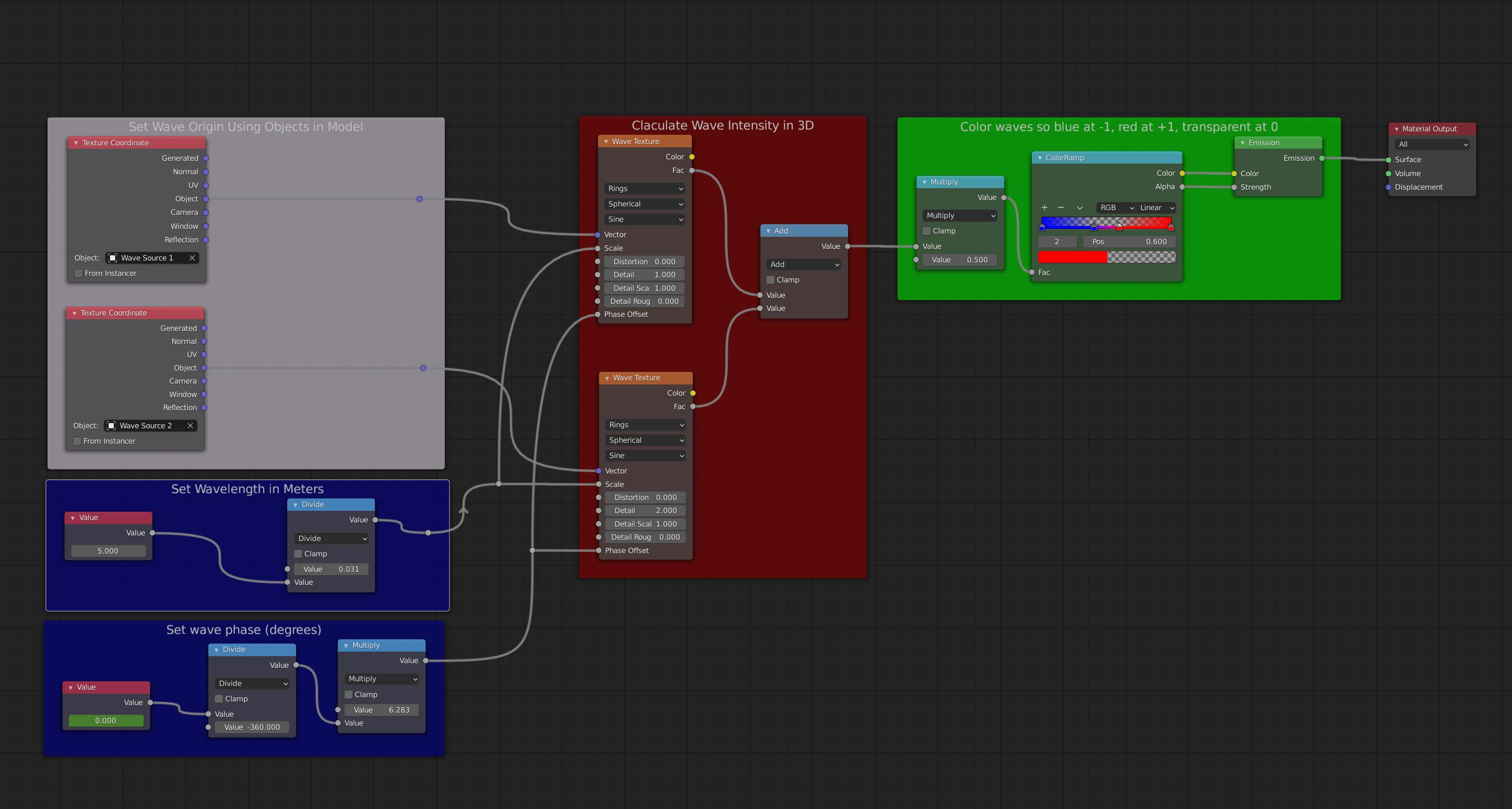 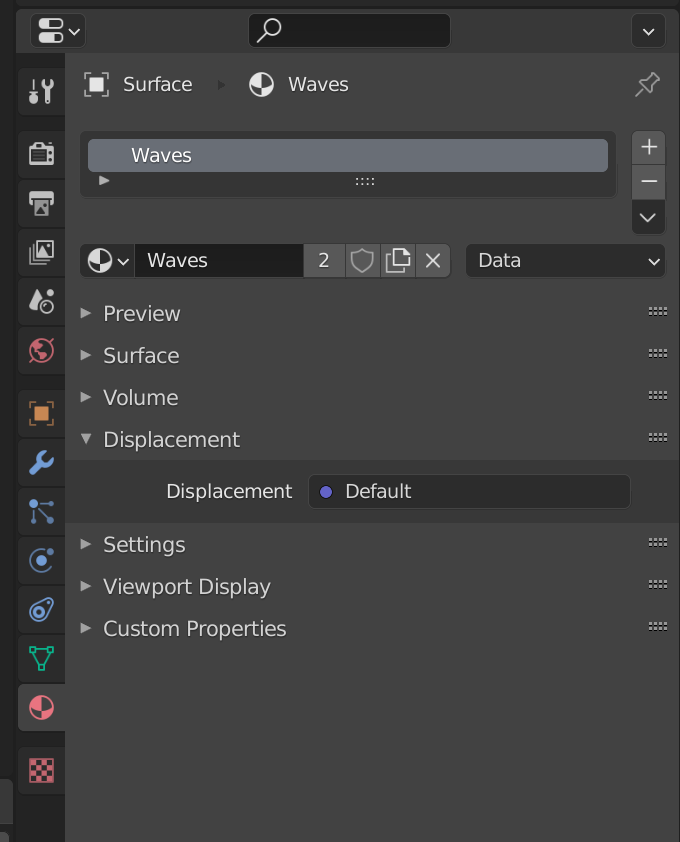 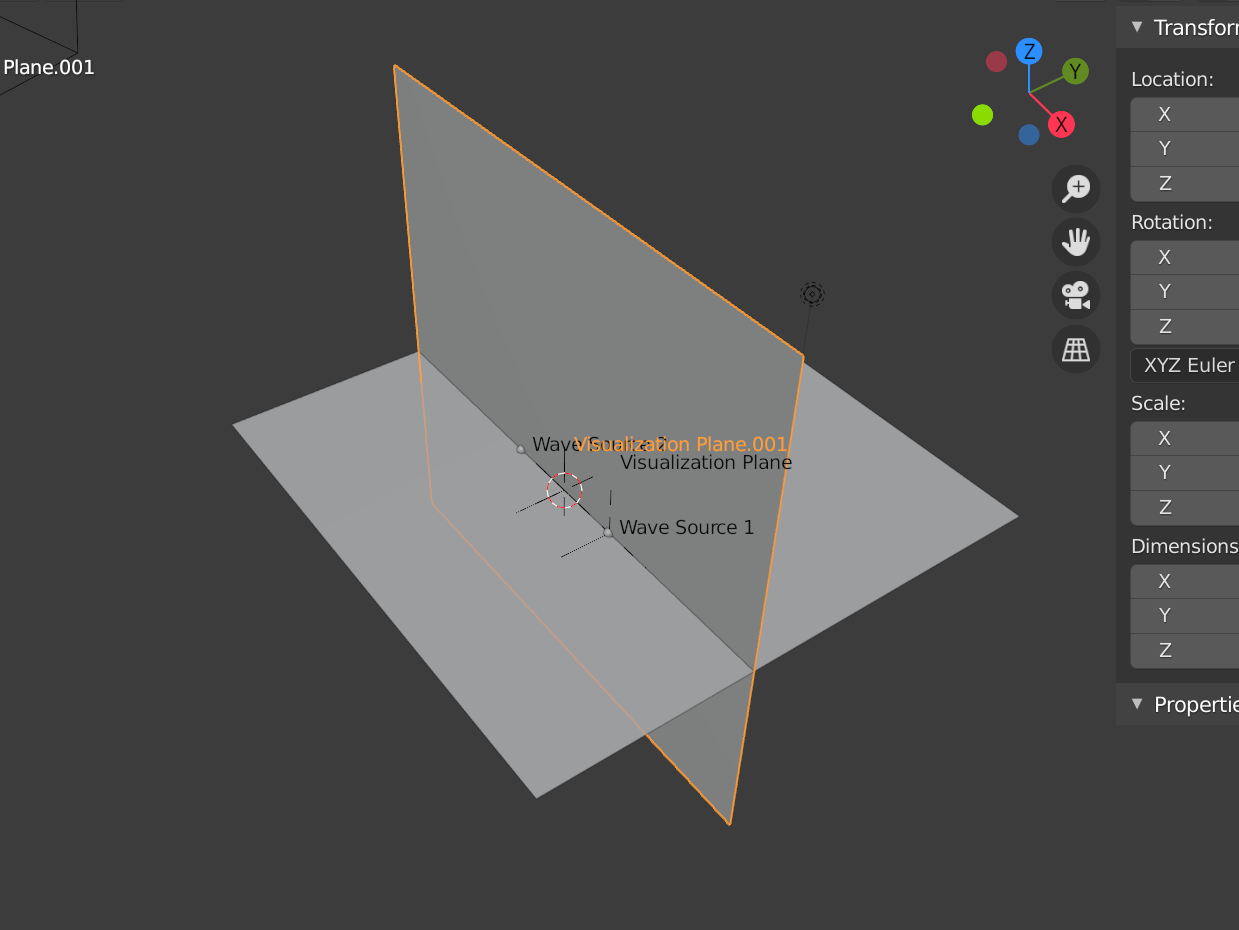 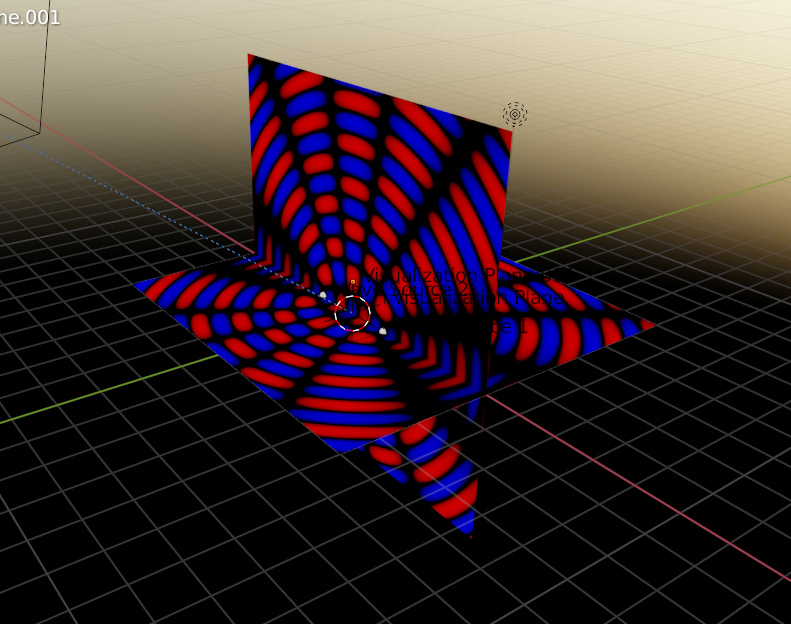 The blender 2.92 model for this example is available here -

Extension #1 - Visualizing as a 3D wave 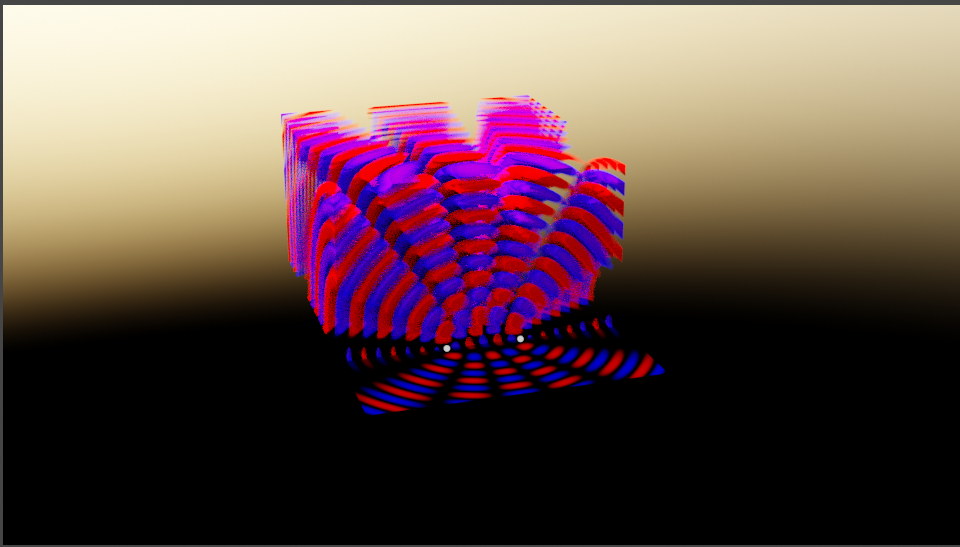 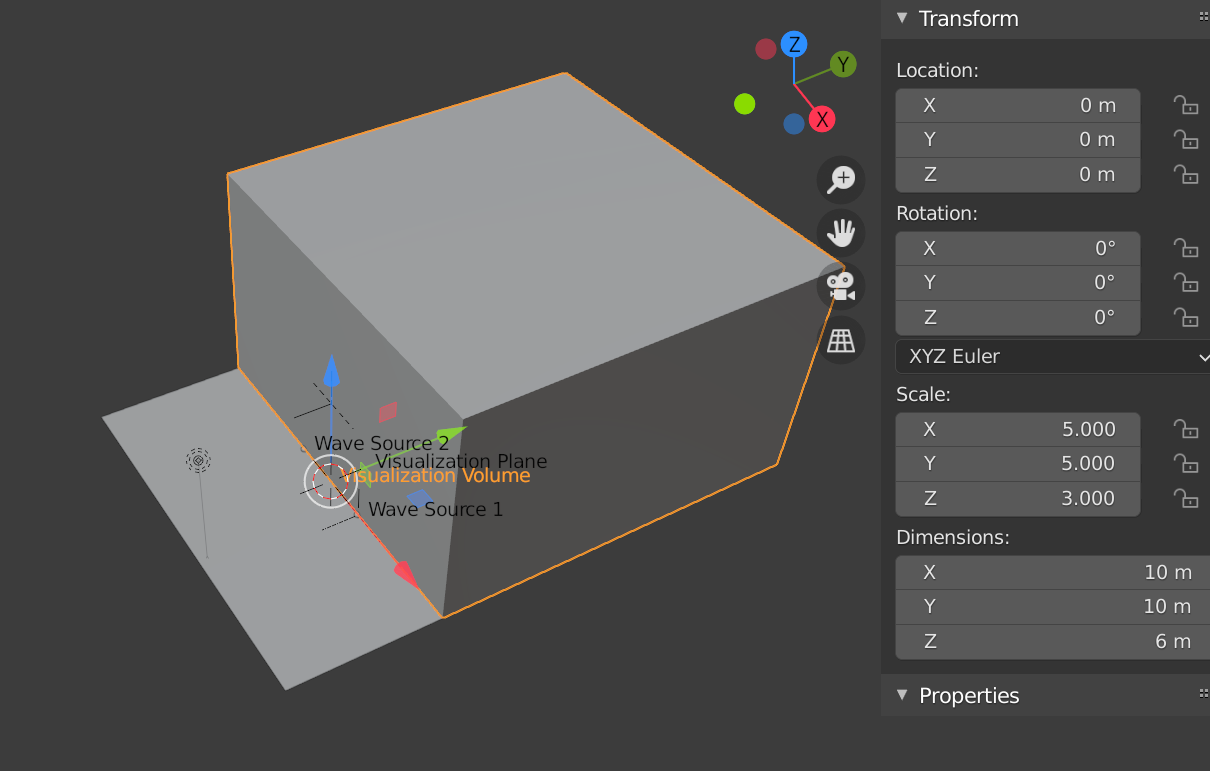 The blender 2.92 model for this example is available here -

Extension #2 - Visualizing the interference as a surface wave 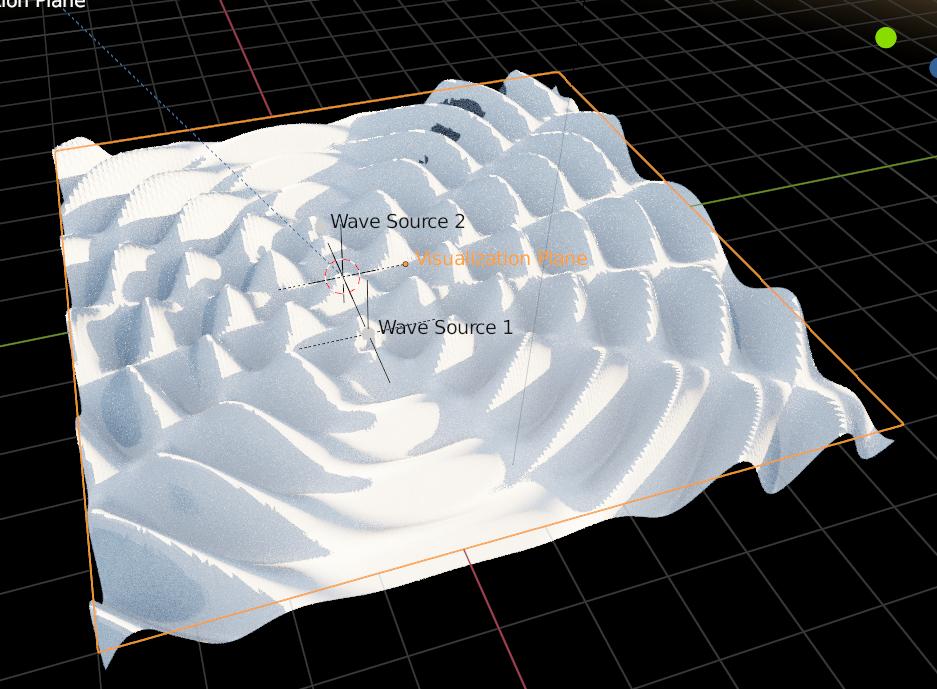 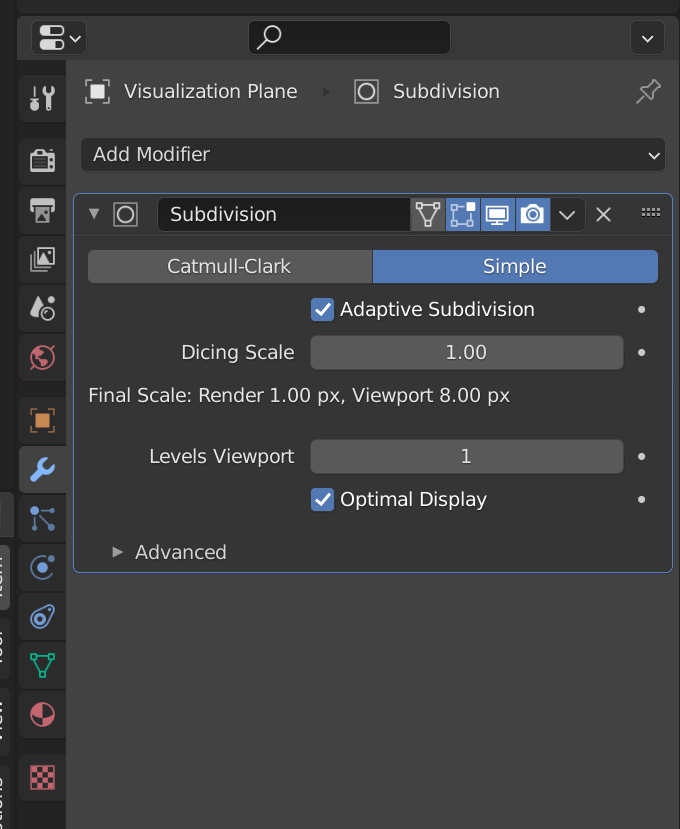 The blender model for this example is available here - 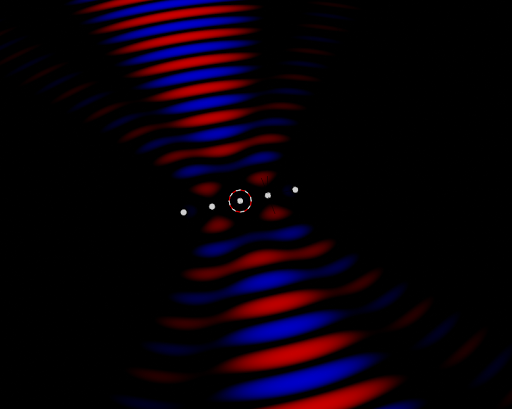 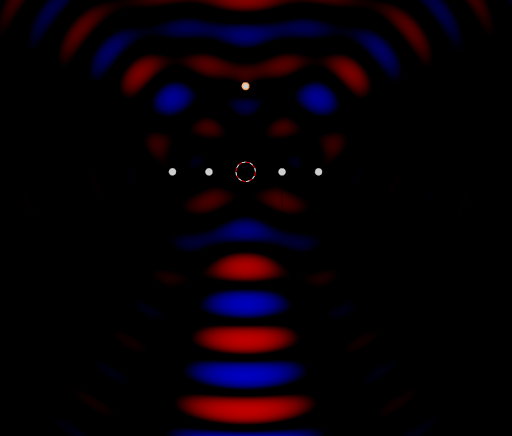 This Blend file contains the model used to generate the animation -

This blend file was generated in Blender 2.90

References - See http://exnumerus.blogspot.com/2021/02/visualizing-3d-sine-wave-using-blender.html This shows an application in Blender to illustrate how phased array radars and antennas work.

There seems to be no need for 3D->2D->3D conversion. You can simply add 2 wave modifiers with different start positions and their displacement will be summed: 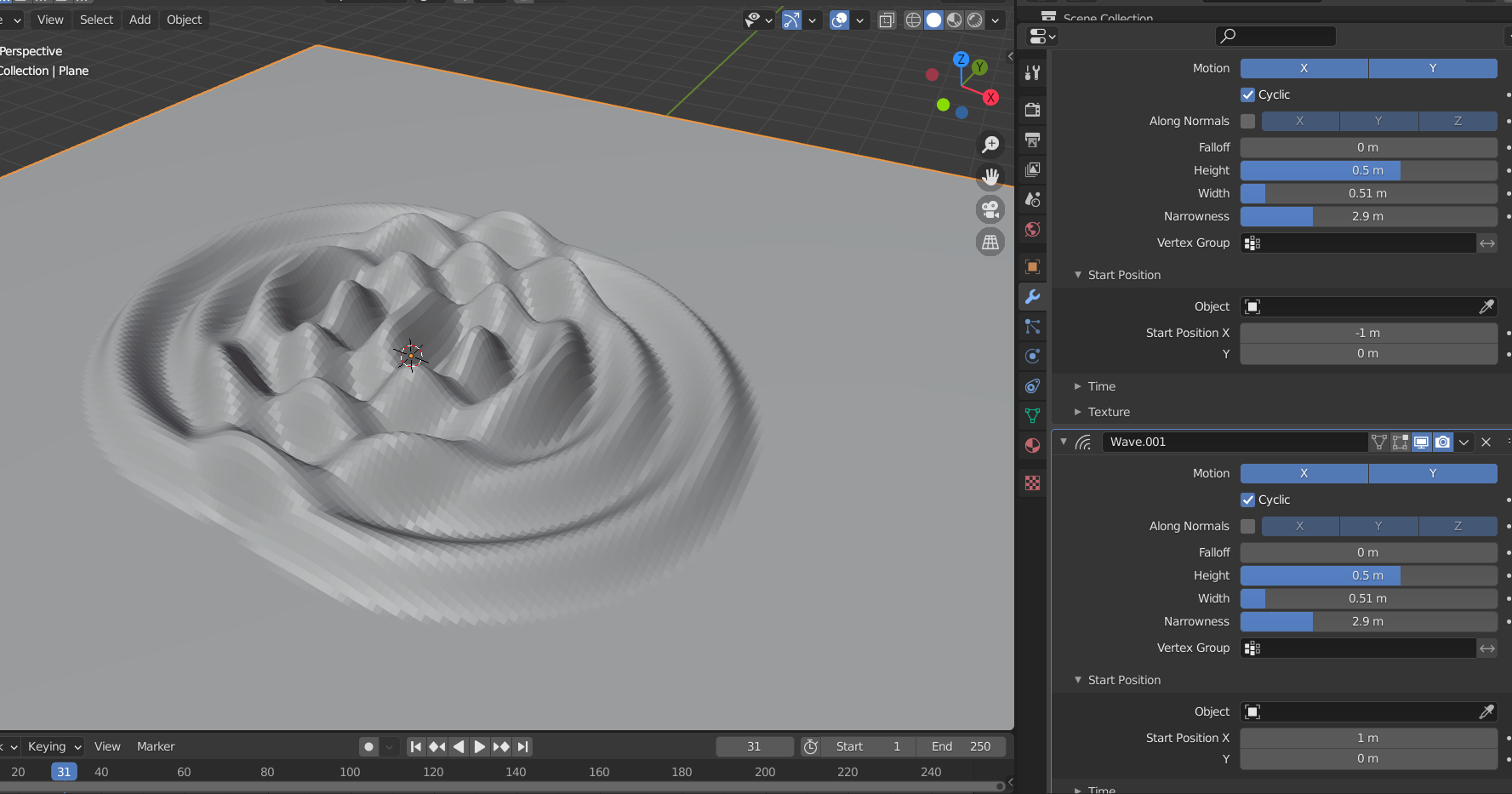 4
Make meshes simulate like water?
2
How to simulate a lamp shade in the game engine
1
Need help tapering
5
Simulate a sticky fluid in Blender
0
I need to merge these two objects together, with different geometry
1
Need help separating two meshes that I accidentally put together
1
Spreading micromirrors evenly across surface of a helmet model (Particle effect, procedural, instancing)