OK So I've been trying to make a simple scene of my room as a bit of practice but I've run into trouble while doing the windows. Whenever I place glass in them it just doesn't act right, to the point that even leaving the widow "open" gives a better result.

First I made a reference render with no glass. My scene is just a narrow spot light pointing down. I added a volumetric cube as well to help visualize it. 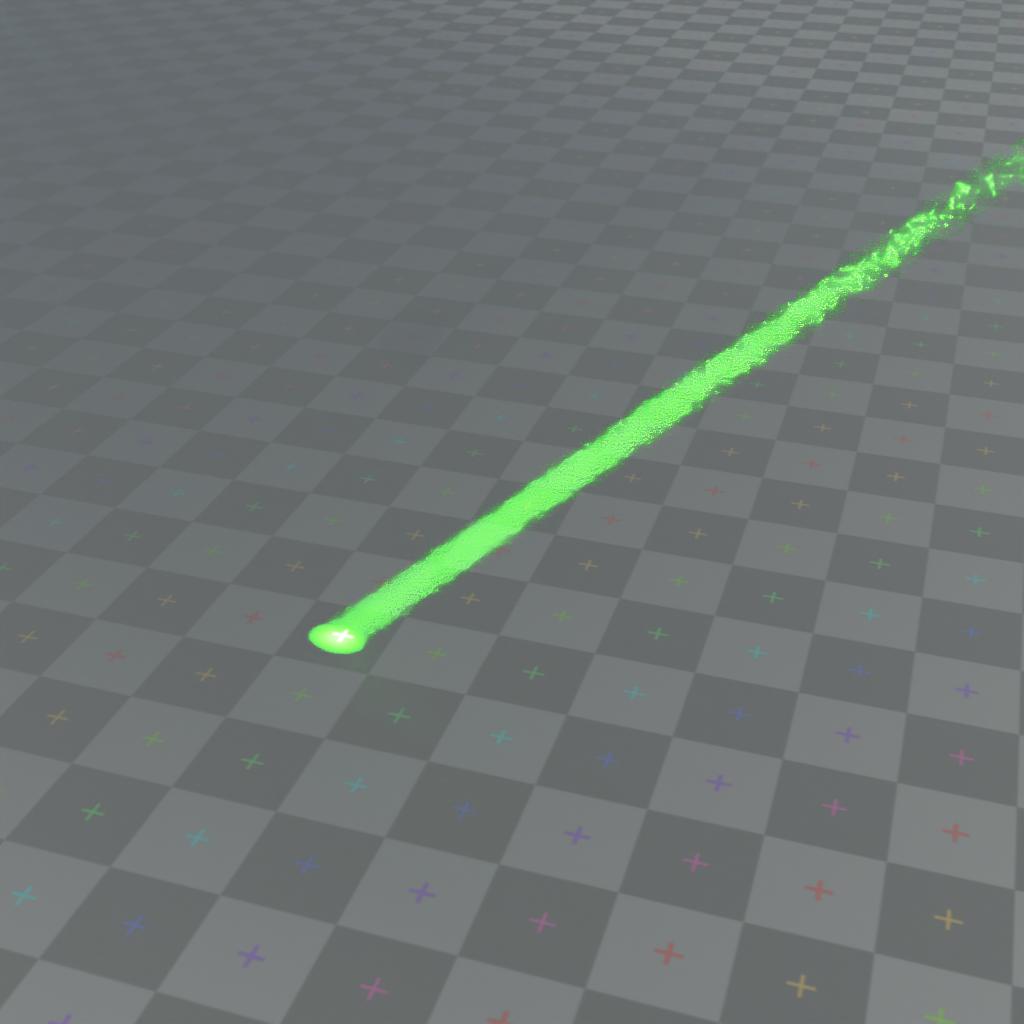 As expected the "Laser" makes a dot of light on the ground.

Now here is where things get wierd. When you point a light at glass what do you expect to happen? You expect for it to show up on the opposite side as glass is seethrough, perhaps with a bit of a reflection on the glass it self. Well, here is what happens in Blender Cycles: 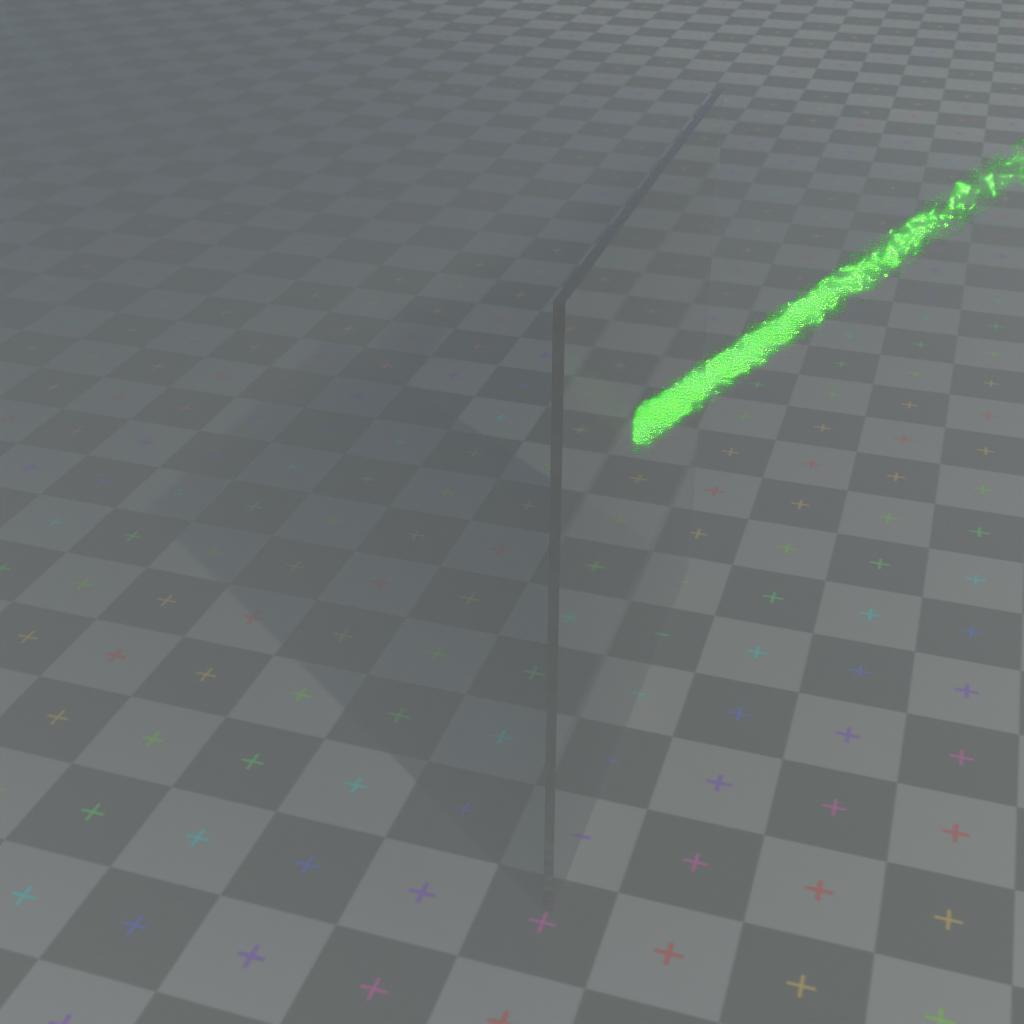 Nothing comes through to the other side!!!?! Not only that but look at that harsh shadow dropped by the glass, that's something that just wouldn't happen in real life. There should be some shadow where the edges are but other than that considering this is an unrealistically 100% pure glass there should be no shadow in the centre at all. The only thing that's there is the desired reflection.

This is the problem I was having when making my scene. I would put the glass in the windows and suddenly the scene would get really dark and you wouldn't see those squares of lights that windows often produce...

What the hell is going on there. Isn't Cycles supposed to be a physically based renderer!? How can it fail to render glass so hard. Room windows are one thing but this would entirely screw up so many other renders with more complex glass shapes...

Or am I just incredibly stupid and doing something wrong here.

I can't really speak to this laser situation, but if you want no shadow at all you can do something like this: 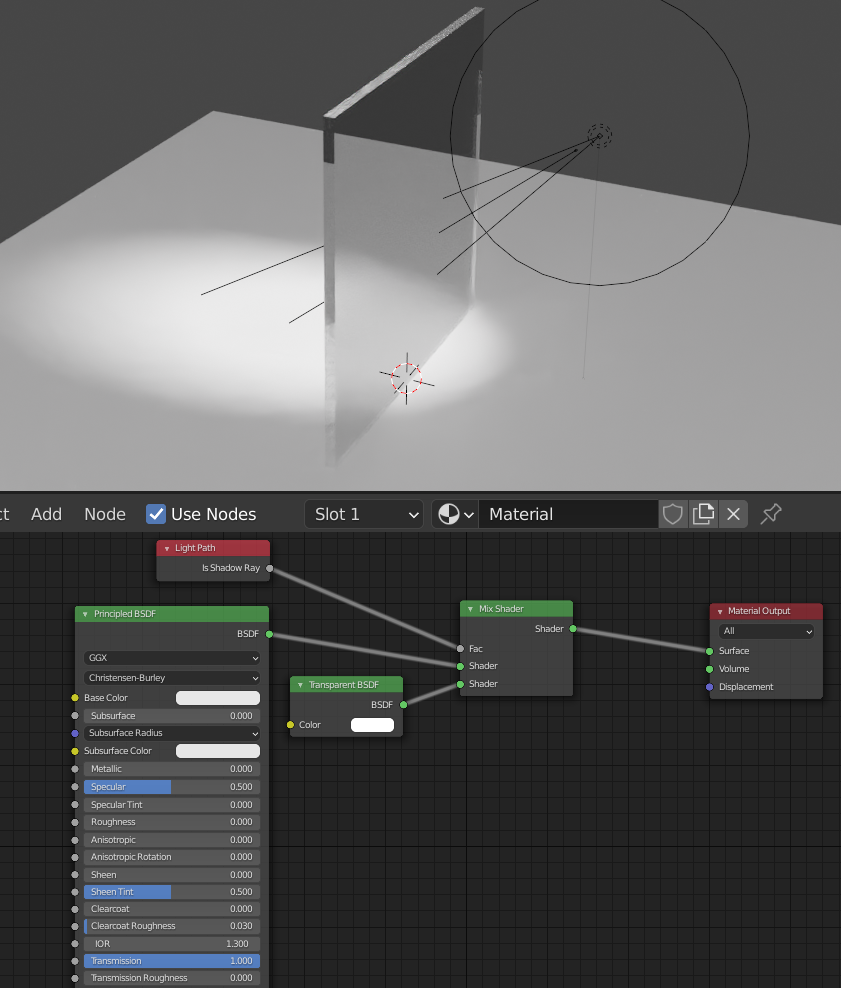 You can decrease the Color value of the Transparent BSDF to control the amount of shadow.

50
How to illuminate the darkness inside glass objects in Cycles?
3
How to control specular/glossyness of glass shader in cycles
0
Noise on glass in cycles
2
ArchViz Glass for quick renders in Cycles?
0
Light effect on window