Exporting UV Layout with only outlines

I have a very specific question. I’ve done a ton of research and didn’t find anything useful. So, as the Title suggests, I’m trying to export UV layout without all the edges inside of the UV Islands. Coming from 3DS Max, this is an essential part of my workflow and it’s missing from Blender’s built-in capabilities.

At the moment I have a workaround that actually uses Illustrator. If I export the UV Layout in Blender (fill = 0) as a .eps file and then import it into Illustrator. I can then use boolean operations in Illustrator to get rid of all the extra edges in the middle and then export a PNG or a JPG file. The problem is that it’s a workaround and uses an additional software. The other problem is that with higher-poly meshes this could be slow. It is acceptable however IF I can do it all in Blender.

So, a bit long, but there it is. If you have ANY other suggestions or ideas on how I can improve some of the methods above so that it actually works - please share your thoughts. Thank you in advance!

P.S: In order to clarify I'm giving an example. So with the stroke method you can get this: 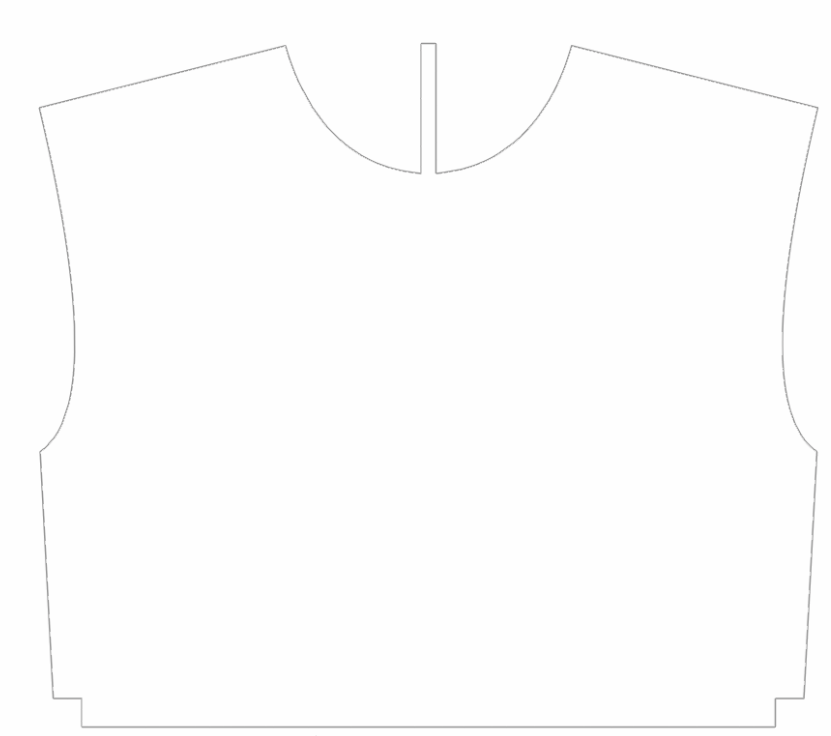 But instead, I'd like to get the actual result I would get in 3ds Max: 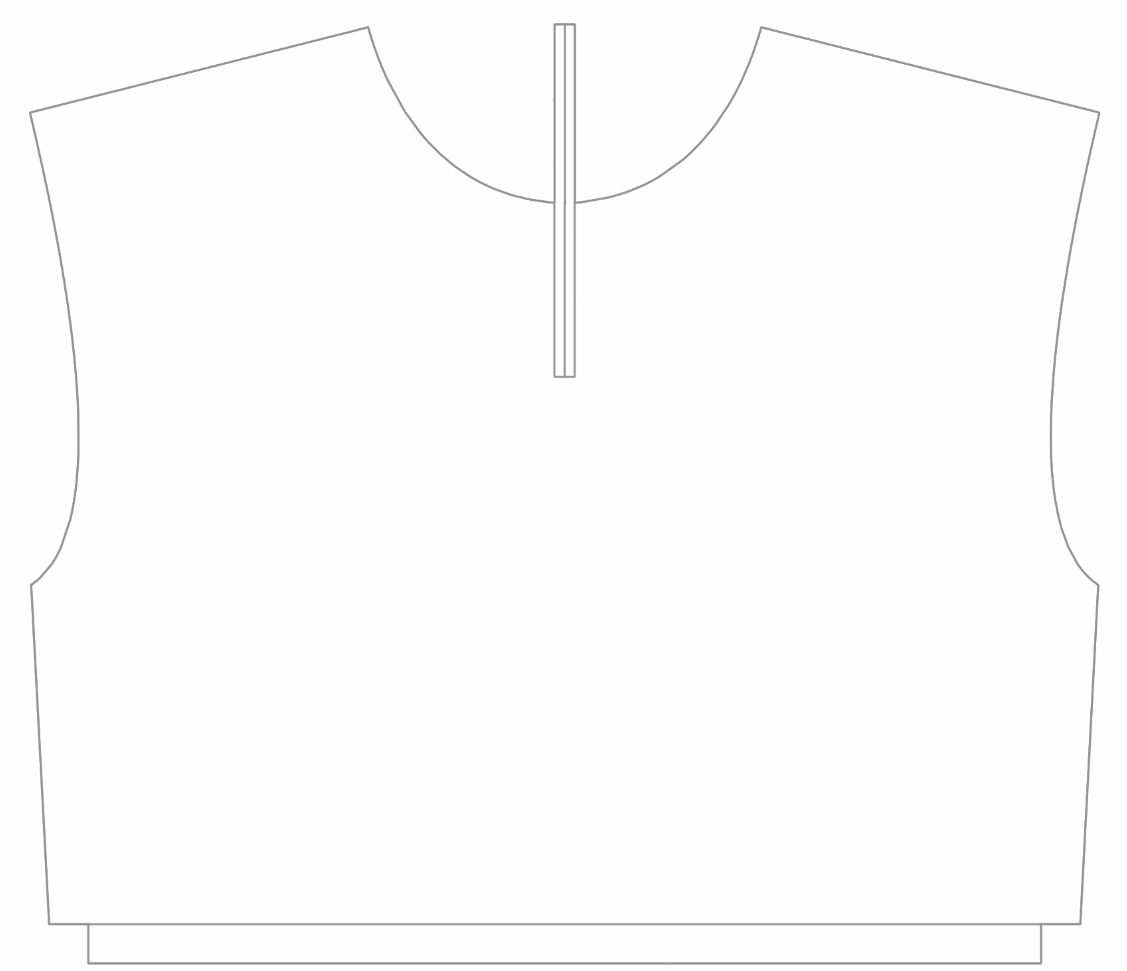 This is the code for the edge selection process. It's fully commented: 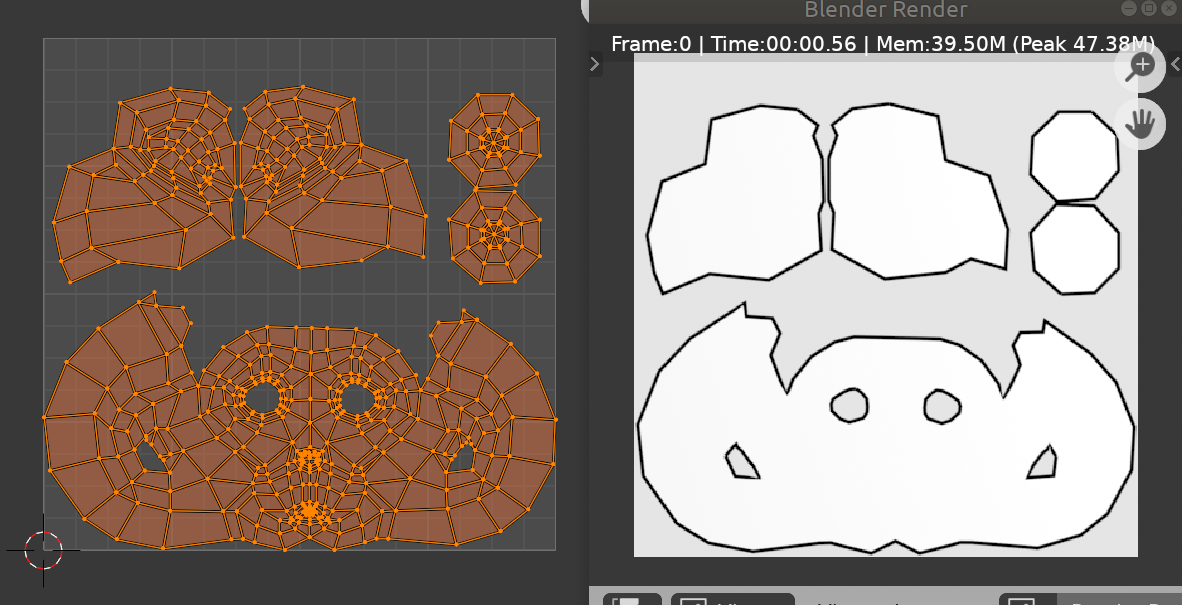 Here is a very quick'n'dirty proof of concept.

Make a mesh from our mesh of interest's UV's as demonstrated here How to get data and edit it on UV map edges? . For this one have used numpy to quickly make the mesh. Moved the origin to (0.5, 0.5).

Checked silhouhette in freestyle settings. Rendered with an ortho camera, directly above origin.

So the method I ended up using (for now) is a bit unexpected.

If you have any concerns about all the manipulation of the object (separating parts, deleting faces, etc) you can do what I did and write in the script to first make a duplicate of the object and after exporting the UV Layout you just delete the copy.

P.S: It would however, be great if we found a way to store all boundary edges of the UV islands into a variable and then after that make Blender display only these edges in the UV Editor (with sync mode turned off). If I can do this, then I can add to the original UV_Layout .py file and make this method appear as like a checkbox for example so that with normal UV Layout exports you'd have the option to only export the boundary edges.

Not the answer you're looking for? Browse other questions tagged python texturing uv export vector or ask your own question.

4
Exported UV Layout is Blank
0
What is the significance of this traceback?
0
Exporting into CAD
0
UV unwrapping and efficient island packing?
1
Accessing data in the UV layout in Python?
1
How to control the thickness and darkness of lines when exporting UV Layout
0
Black lines in imported UV layout
4
Why my exported UV map is different in size?