How to do this type of trailing effects?

Here is an example of how I wanted to do those types of trailing effects as seen in this video: https://www.youtube.com/watch?v=zXOAtC7MOLE

Now how do I do this effect in blender?

In order to reproduce the effect it is useful to know how it would have originally been produced.

At the time of the original effect being produced (early 1970s) there were not the digital tools available now. All video effect would have had to have been produced either via completely manual processes or via analog video editing techniques. In this particular case the effect is produced via video feedback where the existing image is fed back into the next frame so as to produce the 'ghosting'.

The video would have been shot in reverse (so the ghost images would have projected back from the text instead of coming out of the background) and the frame sequence reversed (by playing back in reverse). Multiple instances of the same shot would have been overlayed (with colour adjustment) and used to mask out the preceeding sequence so as to layer multiple colours over each other to produce the final shot.

We can produce similar results with a very similar (but much less labour intensive) process.

The first step is to set up the 'video feedback' to produce the ghosting. This has already been covered in https://blender.stackexchange.com/a/212906/29586 where it's used to feed back the previous frame for a 'life' simulation. The same technique can be used for other feedback effects.

Setup the scene with the camera pointing at a plane. Place your 'text' object (or whatever you want to 'ghost') in view of the camera. 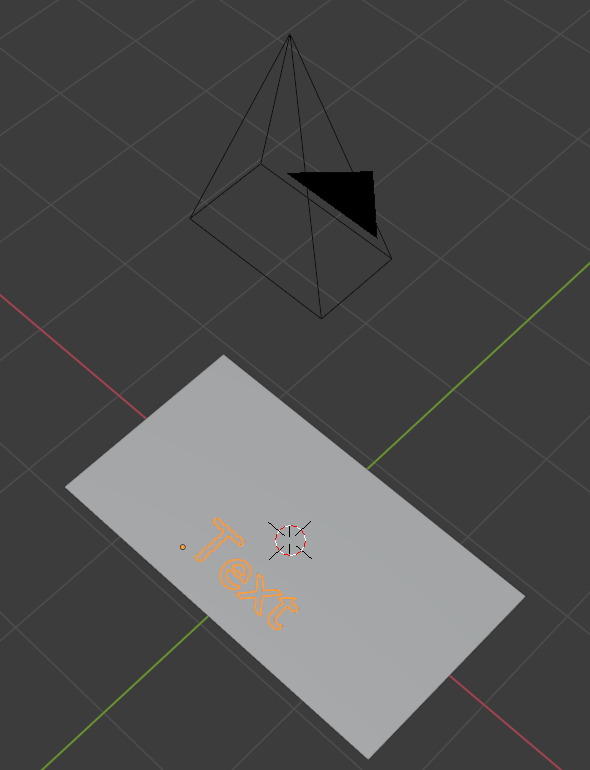 Set the output path in the render output properties to a suitable location and create the material for the plane.

Rendering the animation should result in no change in the image (since the rendered image from the previous frame is the same as this current frame).

Alter the material so as to inject a difference between the frames and show/hide your text at appropriate times. I opted for a rotation, zoom and distortion - similar if this had been achieved with a 'real' camera, producing the following material and result.

Now the VSE can be used to combine and layer mulitple sequences together with Modifiers used to adjust the colours. The final frame is retained at the end for persistence. 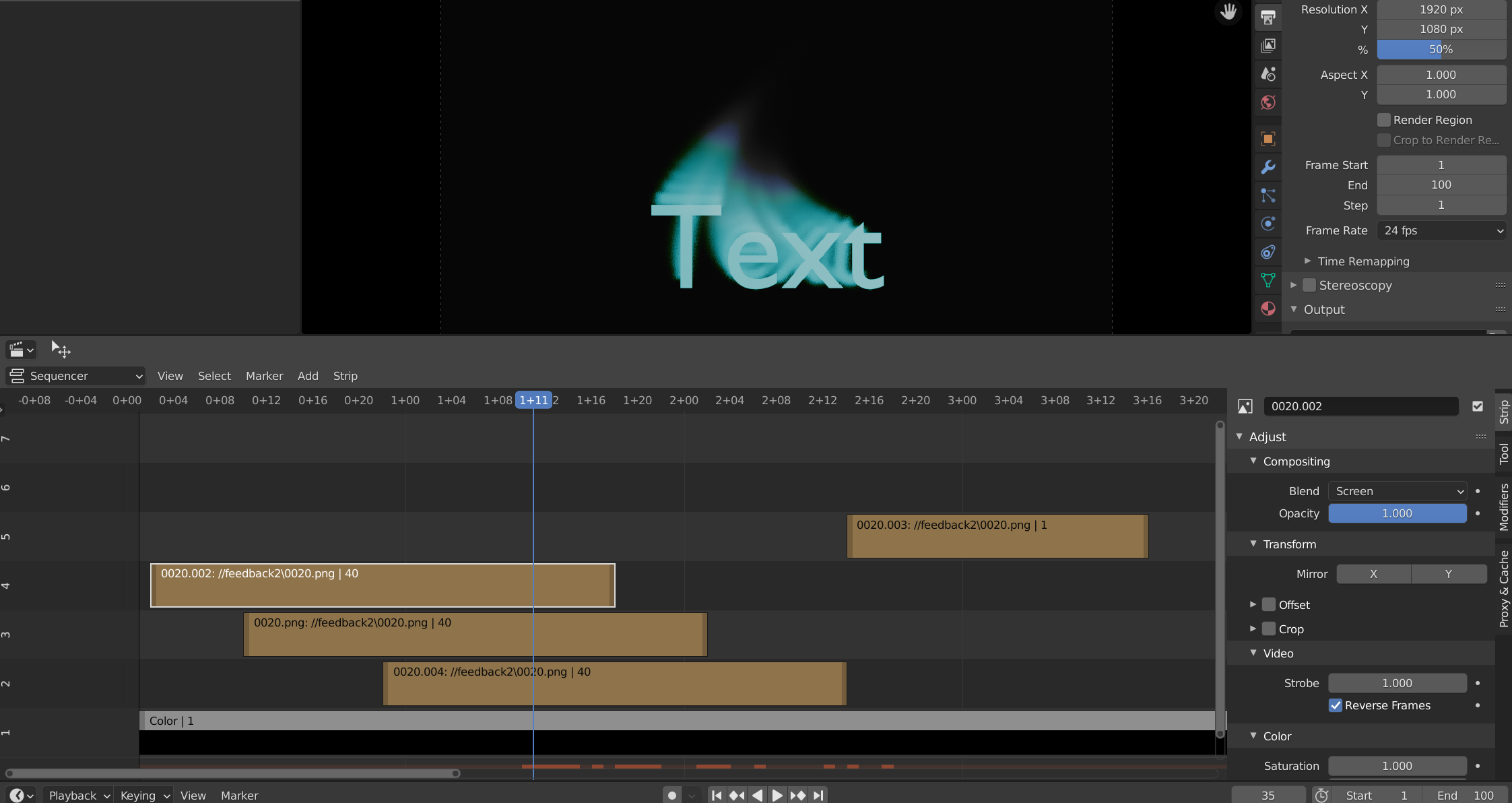 Note that here I've imported the Strip from the relevant frames of the redered result. In the strip properties (on the right) the 'Reverse Frames' allows you to reverse the sequence. I've added a 'Color' strip at the bottom for a black background and set each of the 'layers' Blend mode to 'Screen' so that they overlay. Duplicating the strip and offsetting each duplicate gives the different 'layers' and the Modifiers can be used to adjust the colour with a Color Balance modifier.

Not the answer you're looking for? Browse other questions tagged animation blender-internal-render-engine 2d or ask your own question.

5
Is it possible to read and write to a texture using OSL?
4
motion trail effect on video in VSE

9
How to make a circular swipe?
0
How do I make particles like the “flashing” ones in this YouTube video?
1
Creating cartoon animations
0
How do you make a light streak like this one on Blender Internal?
0
Render with alpha channel for transparency for After Effects?