Import image to plane not exported in GLTF

I want to create a 3D object of an image to use in AR using the Blender Python API. I've added the image to the scene as a plane, this works perfectly. The image is also shown in the .blend file. However, when exporting to GLTF, the image is missing. I simply get a blank plane, and this seems to happen to other export options as well. Aside from not exporting correctly when using the Python API, it does also not work when exporting manually from Blender.

To place to file in the scene: bpy.ops.import_image.to_plane(shader='SHADELESS', files=[{'name': PATH}])

Unfortunately the glTF exporter does not recognize the setup that "Import Images as Planes" uses for a "Shadeless" material, which looks like

However if you delete the group node, it can recognize that graph as "Shadeless" and should be able to export it. 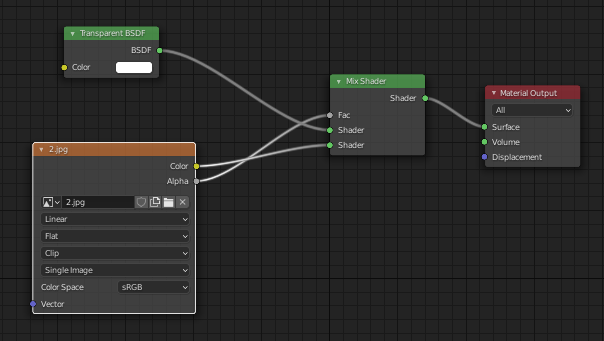 Not the answer you're looking for? Browse other questions tagged python export gltf or ask your own question.

2
glTF: How to optimize exported glb file from blender having more number of loop-cuts?
1
png loses alpha on gltf export
1
How to export an Image(png / jpg) as glTF?
1
Exporting overlapping material to gltf format
0
animation is not exporting to glb/gltf