I have a physics simulation with roughly 1700 objects (water bottles). I have baked the simulation and tried to render it multiple times. Rendering a single frame works just fine. However, rendering everything results in these weird glitches. As a result of having turned on motion blur, I can tell that the bottles seem to return to their starting position.

My solution so far has been to rerender the glitched frames and continue, however it is very cumbersome and I would like to prevent this issue in the future. Has anyone experienced this issue?

As a side note, the letters you don't see falling down were simulated and then the position applied. Then the rigid-body simulation was removed so they aren't consuming resources.

Also, the bottles are instances of each other (copied with ALT D) and not new objects (no SHIFT D).

Here are some examples: 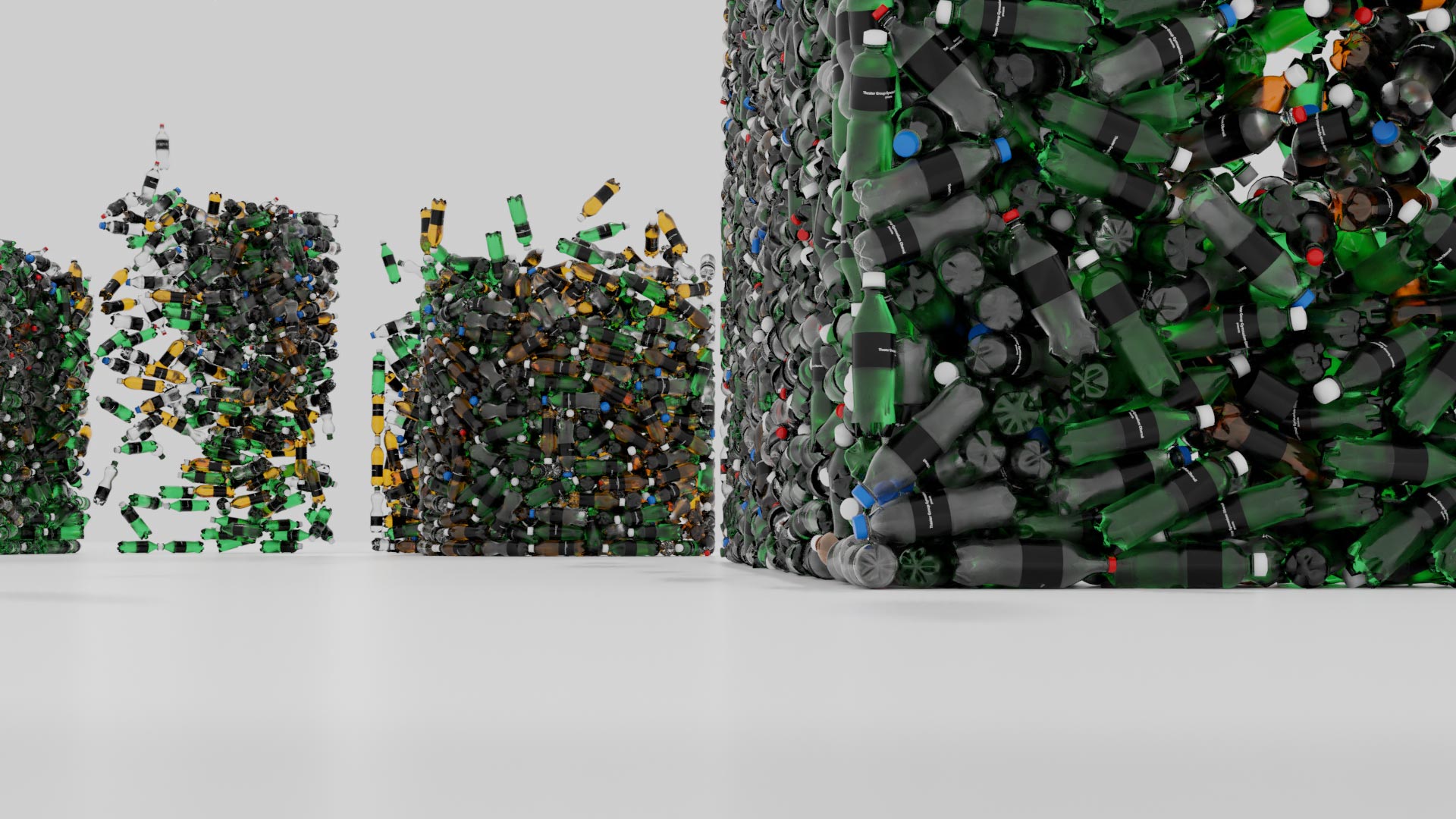 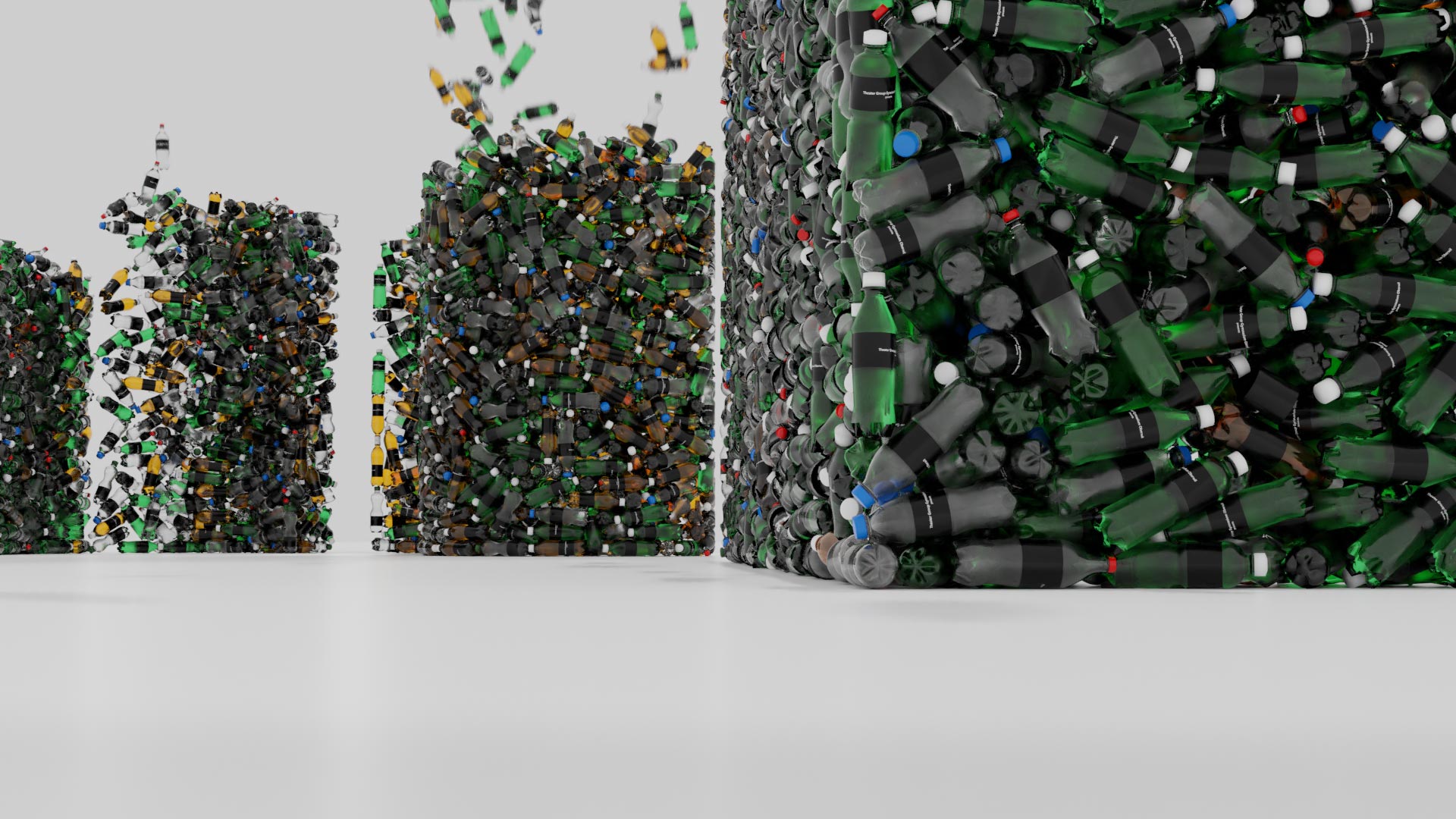 I would say this has to do with an outdated physics Caché. I’m not sure where to fix this exactly, but I’m pretty sure it’s in the scene properties/settings. Look for a “rigid body world“ and re-bake the caché.

I found a workaround, if anyone has the same issue.

In case anyone needs to solve the same issue, copy this script into the text editor, and hit the play button. I suggest opening the system console under Window -> System console.

For anyone not familiar with coding, you won't get the usual window popping up which shows you how fare the computer is with rendering. The Interface will become non-responsive.

To be sure that everything is working, check the task manager to see your CPU / GPU usage spike and that the system console is printing something at the start and end of every render.

Script Base, I modified